by weddingadmin
in Advice, Groom Style
0

Coming up with the best way to say the four little worded statement; “Will you marry me?” can be quite challenging even for romantic guys. A lot runs through your mind – “It ought to be a great proposal. It should be personalised to our relationship, something she will never forget” and so on.

Joan Sendi states, “Being on female side of the game, I had never have understood what goes into proposing. The presumption has always been, you are deeply in love with this person, what could be so hard? I only held that notion until I saw my friend, Patrice Mugisha sweat as he prepared to propose to his girlfriend. The once eloquent and astute person was now a bunch of nerves, barely able to organise his ideas into words or turn them into actions.”

He is not alone in this, there are many out there who look at proposals as an uphill task, but with these practical ideas, you can make your proposal quite easy and even more unforgettable. 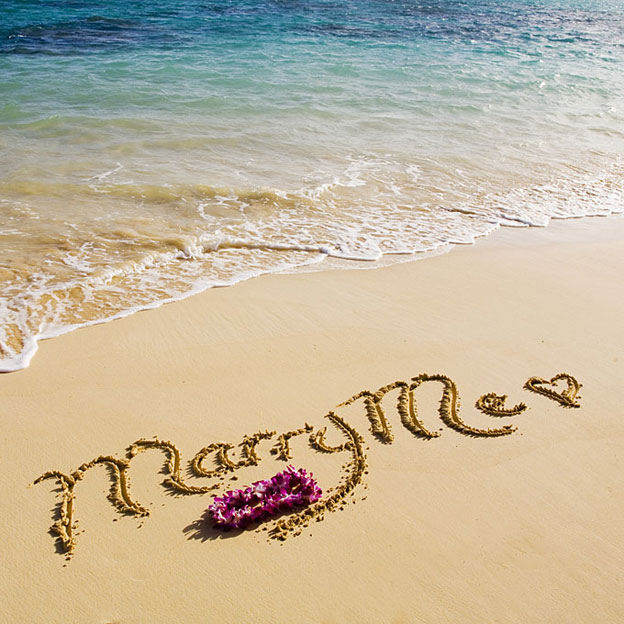 It could be that restaurant where you had your first date, the rooftop where you shared your first kiss, the road on which you made memories or the spot where you first said “I love you.” Using that locale as the setting for your proposal signifies that your relationship has come full circle.

While Mugisha had that in mind, preparing for the proposal seemed to send his memory to disarray that he could barely remember a thing. On the advice of a friend, he napped and a few minutes of letting things be brought back memories of that beautiful little restaurant. The only issue was that he was not certain if Marlene would love it. Rather than forget about it, he decided to try.  He remembers having a jittery feeling that lingered longer and harder than he desired owing to a nasty experience in the restaurant’s parking lot. He still pulled it off.

“I would not have asked for better,” a very elated Marlene said, “The great memories outweighed that one nasty moment. It was the perfect proposal.”

Surprise her by having family and friends share in this moment.
They could be right there with you, perhaps at a family gathering or holiday dinner. Or, if you’d like the proposal to be just the two of you, you could have your closest loved ones there but out of sight. They  maybe looking on from a nearby vantage point. After you pop the question and she says “yes,” wave everyone in for a big group hug and celebration. It’s the best of both worlds — a lovely, intimate moment alone and celebrating with all of your favourite people shortly after.

Besides that, this holiday will always have even more significance for you as you think back on the time you got engaged.

While Gerald Kityo had desired to do it that way, all that could go wrong did, from his best friend getting an accident to his fiancée being busy on New Year’s Day at last minute’s notice. Despite all the pristine arrangements, nothing would happen. “I had to postpone yet I had done my best to calm my nerves for that moment,” Kityo reminisces, “I had to go over that preparation again!”

Hire a professional photographer
They can hang out close to your proposal spot and covertly capture amazing photos of the proposal scene. A professional is ideal because you do not want to look at those photos thereafter and the quality is appalling or a particular moment or emotion was missed. It is a big trend now to invest in professional photography and these images are way too precious to risk losing due to mistakes non-pros might make.

Bonus: You can give the engagement photos as a surprise wedding-day gift to your bride!

Cristobel Kwesiga remembers that day like it was yesterday, “Walking into the lobby of our favourite hotel, the mood was so celebratory. However, I could not place a finger on what was being celebrated nor why the lobby was that lit,” she recalls with a smile, “Holding the pictures of that day brings tears to my eyes because Prince went out of his way, to ensure that everything was the way I would have loved it to be and more.”

Incorporate music.
Does she have a song that she loves so much or one that is meaningful to the both of you? Or, does she remember the first song you ever slow-danced to? You can imperceptibly ask her without giving away your plan. Having that sweet tune playing in the background elevates your proposal to “treasured” status.

Bonus: Slow dance; no matter where you are or who is around. Just gather her close, and lead her in a slow dance whose memory will last forever.

Turning the house upside down in search of the Amy Grant ‘That’s what love is for’ CD did not ring a bell for Brenna Ntulume when Patrick Ntulume visited her one afternoon. “But two weeks later, I would get to smile like never before as its tunes filled the air and he enveloped me in his arms right after dinner,” she shares. The issue of his old player trying to disappoint at the start would be overlooked for what would follow. “I do not remember my heart melting as it did when Patrick got on one knee to ask for my hand in marriage,” She adds, “That memory is still fresh and cherished.”

Do it earlier in the evening
Instead of proposing at the end of the night, after a romantic dinner, concert, or some other activity, start off at the place where you will pop the question and then enjoy an evening filled with events that you have planned. That way, you will not be nervous all night.

Additionally, she has the whole night of wearing and showing off that engagement ring, rather than having to wait until the next day.

When the boys advised Charles Mugume to propose before dinner, he was against it, “what if she says no? That would spoil the whole evening.” However, after a lot of prodding and pushing, he finally gave in. Waiting for her in the parking lot, he stood with the boys close by in message T-shirts – ‘WILL YOU MARRY ME?’ “Oh, I was jittery and skeptical, knowing that she is not really a fan of surprises,” he narrates, “but it all worked out well as she said yes as the last of my boys stepped forth.” The dinner was more joyous than he had visualised.

Speak from the heart
You could plan anything, but it is the words you say that make or break your proposal. Tell her what you love about her, yes, but also tell her when you knew she was ‘The One’. If you told your best friend that you knew she would be an important person in your life, add that to your proposal “speech.” Then, talk about what you want to share with her in your future together.

That said, do not read from a written speech lest you sound awkward, and lose that connection of looking into her eyes. That alone would ‘kill’ it. Just write a few key phrases or things you want to mention on a “cheat sheet” and you will be fine. Even then, do not forget to breathe! Speak slowly, and if you shed some tears, that just makes it all even more unforgettable.

Being a natural poet, Jeff Ochan opted for that. “I could not stand going through all the drama I had seen my friends going through,” he shares. He let the rivers of love flow away, “And, boy, how we all enjoyed ourselves. She actually said I do before I would ask!” he beamed.

A word of caution

Make sure she is okay with a public proposal before you plan something elaborate or involve a large crowd of people. Not everyone likes being the centre of attention. That calls for gauging her feelings on that. Do not be that guy who proposes in extravagant fashion, only to have his sweetheart look terrified — or, even worse — shake her head “no” and run away.

Let me educate you about your wedding cake

Pictures and video: Inside GNL Zamba and Miriam Tamar’s wedding

Pictures and video: Inside GNL Zamba and Miriam Tamar's wedding

What you missed at NBS Marcus Kwikiriza’s private wedding