Getting her number was world war

Joshua Mooya is the managing director of Bamukwasi Ltd and Freda Audo is a nurse in Mbale City. The two met in 2017 and wed in December 2020. The couple shared their story.

In 2017, Freda Audo used to pass by Joshua Mooya’s workplace en route to her duty station. Joshua tried approaching Freda several times but failed. Sometimes, she would even chat with her as she moved. Still, she withheld her number from him.

They eventually met in church. She was singing at a wedding and Joshua later approached her. As they exchanged pleasantries, she looked uninterested.
“Later in October 2017, she was with other choir members and each of them gave me a hug since they were my friends at an overnight in town. She also gave me a ‘unique’ hug. And that is how we met officially,” Joshua says.

“I am the firstborn of Pastor Elijah and Ruth Mabala. I had a lot of responsibility to emulate a holistic approach towards marriage. And for that, our courtship lasted about two years. During that period, I got to know her character, family and also I introduced her to my family and church,” Joshua says, adding that Freda blended well with his family members, especially his mother and sisters.

“Initially, I was worried about their relationship, but thank God their connection was superb. Our counselling lasted 10 months and during that time, we enjoyed the courtship because of what we were learning.” 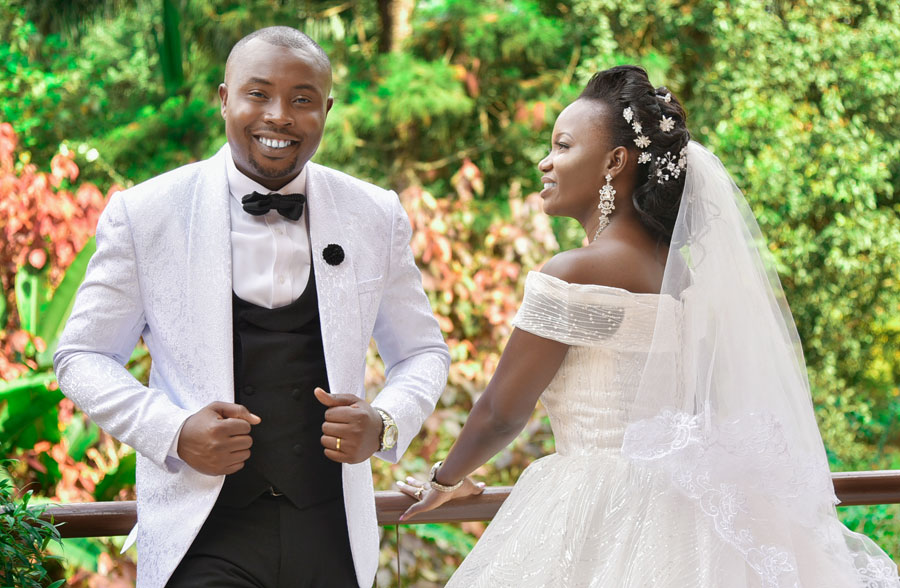 On October 30, 2020, Joshua asked Freda about a place she had never been to that she would love to go to. Sipi and Sisiyi falls.
“Since her schedule could only allow us Sisiyi Falls in Bulambuli District, I planned with a few of my friends who knew what was going to happen, but Freda thought it was just a trip for fun,” he recalls.
“I asked a chef to prepare us some food, and then we hired a car to Sisiyi Falls. We arrived and started speaking in coded language to keep Freda out of the know. So, we left our belongings at the reception, and headed out to the waterfalls. I was behind others so that my friend could hand me the engagement ring just before our destination.”

All the guys stopped and the photographer clicked away but they kept moving towards to get a clear backdrop for him to get on a bended knee and propose.
“When I reached the perfect spot, I went on my knee and pulled out the ring asking for her hand in marriage. She paused, smiled and said, yes. After a few shots were taken and we went back changed into other clothes because we were wet. We went to have our meal. While there, I handed Freda a brand new phone,” he recalls.
The two had dated for almost three years.
“I couldn’t tell that he was going to propose to me because it all looked like an outing. I loved the way it was all done,” she adds. 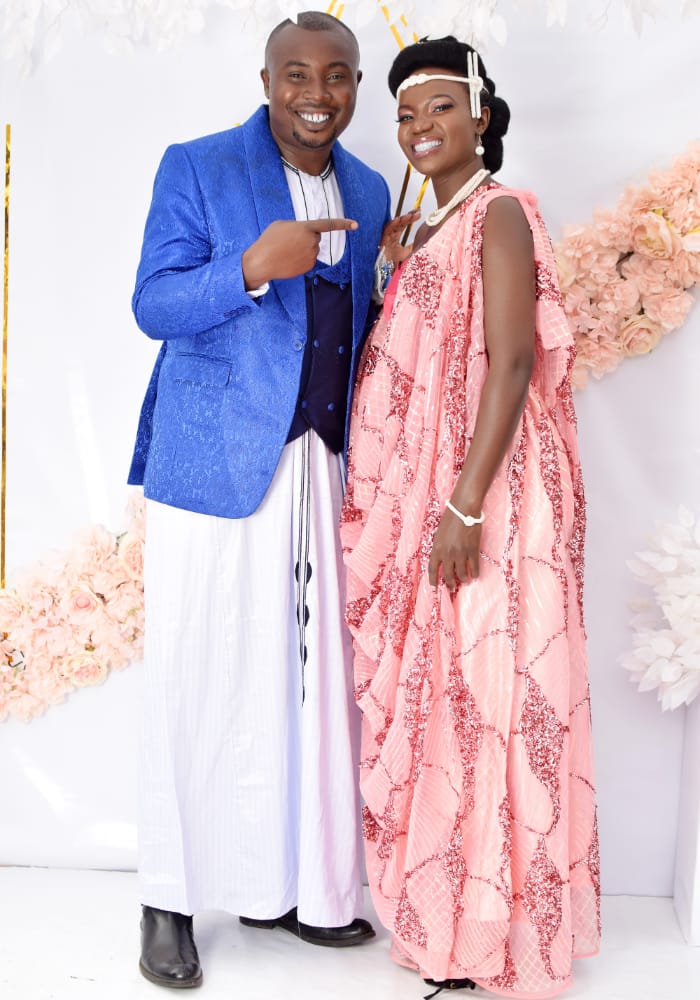 A day after the proposal, Freda was introduced to Joshua’s parents who excitedly introduced them to a counsellor.
The lovebirds scheduled their previsit on December 23, 2020. So for the introduction and wedding dates, they settled for July 2021, because it is Freda’s birth month and August 2021 which is Joshua’s birth month. “We chose that time frame to allow us have enough time to plan for counselling, wedding and the marriage. We had seven counsellors from my church and Joshua’s. And, this lasted 10 months,” Freda says.

They held their wedding launch on April 25, 2021. The introduction meetings had already started for each family.
“Our meetings were virtual since we were in lockdown. Our biggest challenge was people making contributions and not knowing if they were going to attend the function. Remember the number of guests had been limited to 20 guests to curb the spread of Covid-19. We thank God that our families supported us and everything went on well. Our friends too, kept us going,” she adds.

Joshua and Freda held their wedding on August 28, 2021.
“Our wedding will always be the most memorable experience because most of the preparations were done the day before. The decoration team arrived at the venue on Friday at 10am and started setting up everything and by evening most of the things had been set up, the foodstuffs and the kitchen stuff were all set by 10pm,” says Freda.
Joshua have had his haircut on Friday evening. By 10am on the wedding day, they were set despite the fact that the camera team delayed a little. They had hoped to have about 40 guests in church, but by the time the church service ended, the number had doubled. 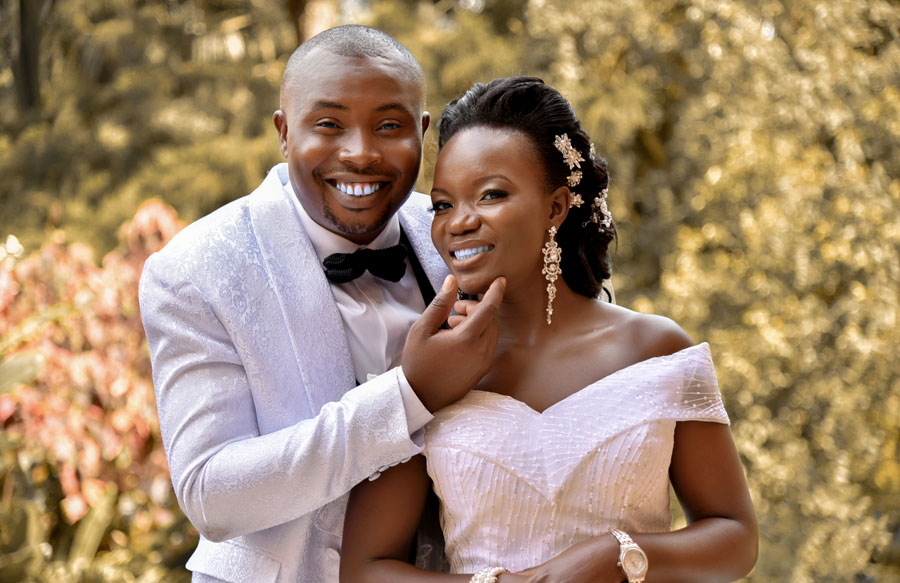 “We went to Mbale Resort Hotel for a photoshoot at 2pm and an hour later we were at the reception venue. We were surprised to find many people beyond our initial plan.
Towards giving out cake, making speeches and gift exchange the police interrupted us.
“The MC did his work quite fast and by 6:15pm, the function was done. We thank God all things went on well,” he says.

Freda says she had worked on her nails with the entourage while their salonist Nicarsi Bridals also started on bridal entourage’s hair. The Kidilus, one of the couple’s counsellors hosted them.
“By 9am on our wedding day, we were ready for church and Clear Shots Mbale, the team for photography and videography was on ground to do their work. The Kidulus said a prayer for us abefore we set off for church at 10.30am,” she says.

“When we arrived at church, I was excited to see everyone happy and my parents waiting to walk me down the aisle,” she concludes.
The couple advises those planning to get married to focus on the marriage not wedding and, be supportive of those in your circles who are getting married, because you will need the same support when your turn comes.