Medrine Khalayi Junic, introduced her sweetheart Yahudu Kitunzi, a journalist at Monitor Publications at their parents’ home. We bring their story below.

How and when did you meet?

Medrine: We met in 2014 at my friend’s introduction ceremony in Mukono. Yahudu, had come with some of my friends and later we talked and shared WhatsApp contacts. After two days, he requested to take me for breakfast at Kireka View Hotel in Kampala, which I accepted.
Yahudu: When we met, we did not fall in love immediately but we kept chatting daily on WhatsApp. After three weeks I told her about my feelings. 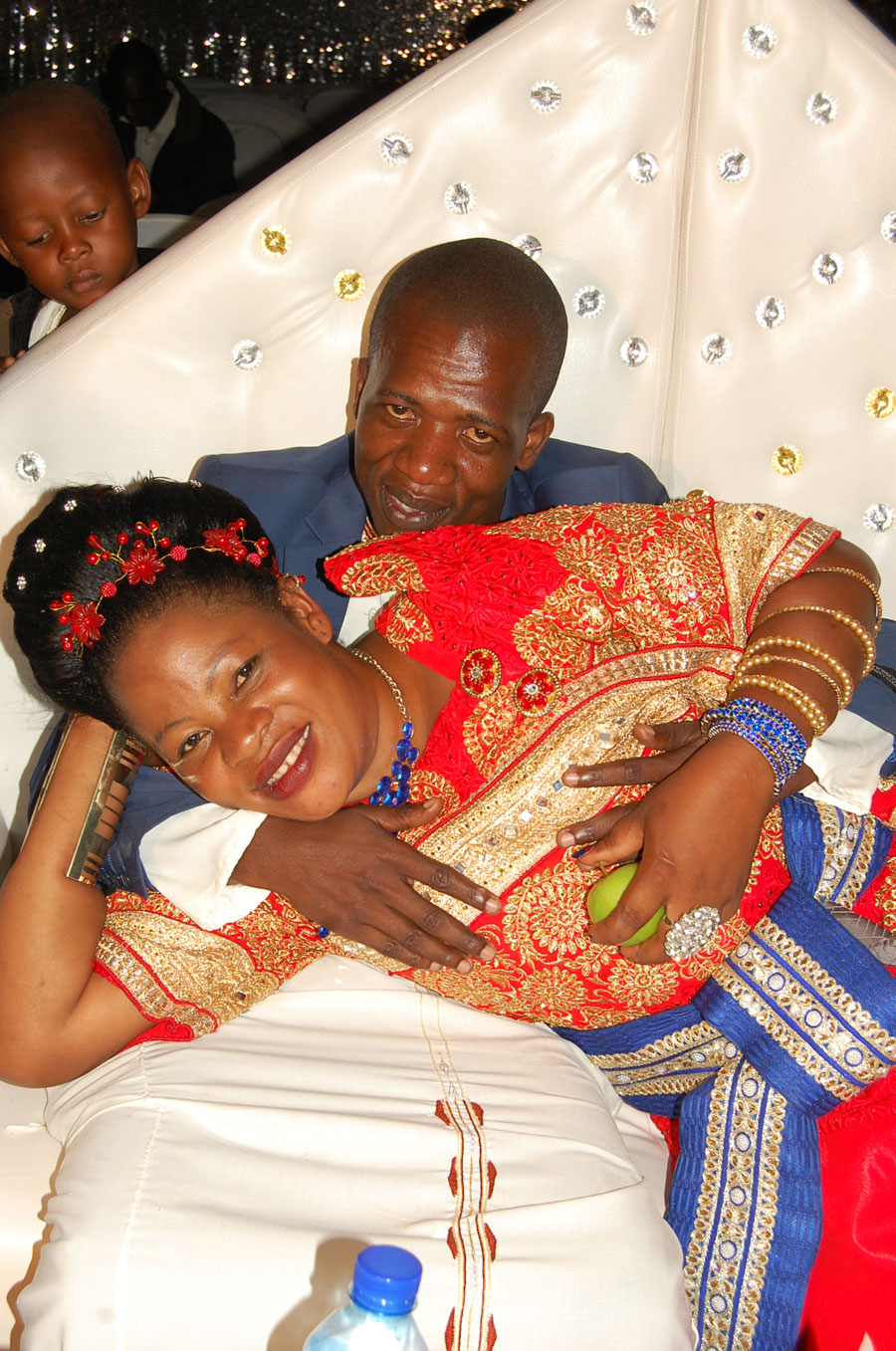 So when did the two of you become close?
Medrine: We got close in July, the same year when we met at a friend’s birthday party at Kampala Serena Hotel.
Yahudu: Although we were chatting on WhatsApp daily we were not close until the party. On that day we shared a lot in detail and she finally accepted to be my girlfriend.

What attracted you to each other?
Medrine: Yahudu is responsible, respectful, lovely, patient, caring, handsome and always smart. He is also hardworking and God-fearing. Before we met, I was praying to God for such a man.
Yahudu: Medrine is friendly, smart, beautiful -with a captivating smile, and intelligent. Also, her transparency, developmental attitude and faithfulness attracted me to her.

When did you set the date?
Yahudu: After getting close, we gave ourselves a few years as we planned our introduction because we wanted a colourful ceremony. 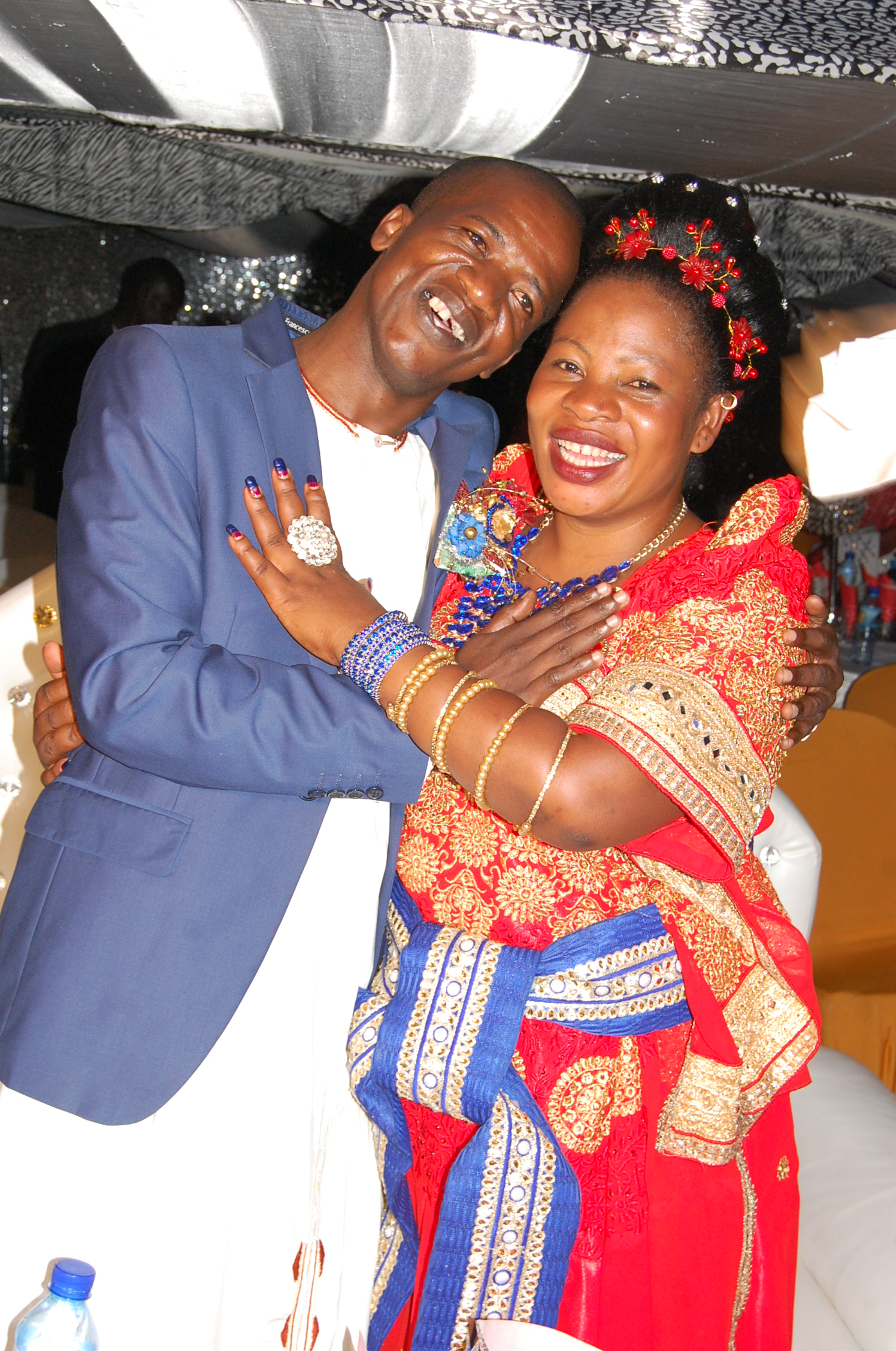 What was your budget and how did you raise the funds?
Yahudu: We started saving money three years ago. We initially had Shs2m on our joint bank account. Later we withdrew that money and with the help of my parents, we hired rice gardens in Doho rice scheme in Butaleja District. We planted rice and after four months we had a bountiful harvest. Then, we launched our first introduction meeting at and we got some contributions from friends, relatives and workmates. Our budget was Shs77 million for both the preparations at the bride’s home and ours.

What was the most expensive item?
Yahudu: The bride’s attire; three gomesis tailored in Kampala to make sure the bride was smart. Also, the venue, food and decoration. 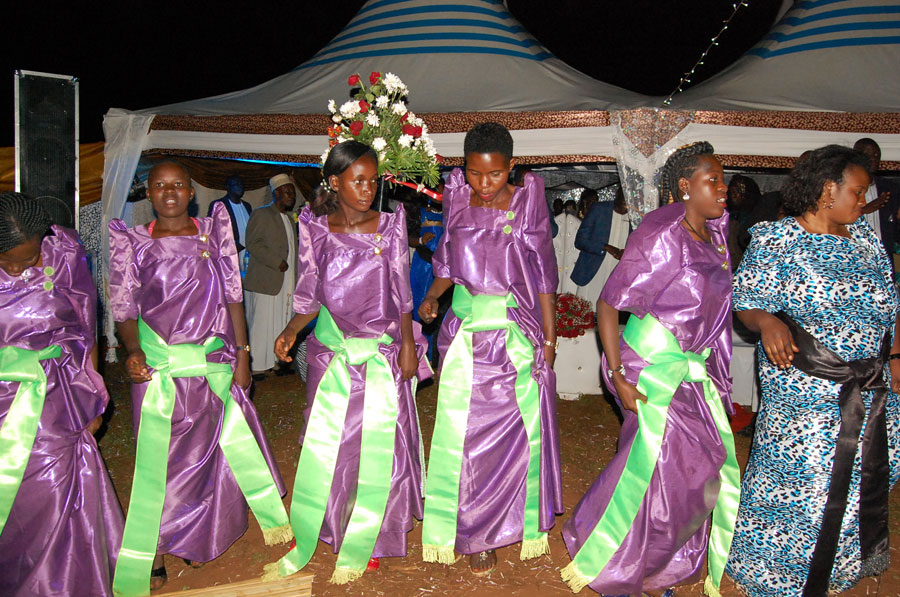 How did you come up with the guest list?
Yahudu: I discussed with my wife and chairperson organising committee. I made phone calls asking my relatives, workmates, and friends requesting them to escort me to Manafwa District. They confirmed and we started planning for their transport. 800 guests had confirmed their attendance and most of them had their own vehicles.

Were you disappointed in any way?
Yahudu: Yes, the public address system was bad and the drivers of the vehicles which were supposed to carry gifts and dowry disappointed. They switched off their phones after agreeing to pay them half of the amount. We had to hire other vehicles.
Medrine: No, I was too excited to notice disappointments. I was asking myself if it were a dream that I was introducing Yahudu. However, the music system was not good at the end of the function. Also people turned up late for the function. Although we had rain on that day, in our culture it’s blessings.

How long did it take to prepare for the function?
Medrine: It was not easy, it took us about five months to the function due to some challenges we had in organising.
Yahudu: We started our introduction preparation meetings in June 2018 and we had it in November the same year. 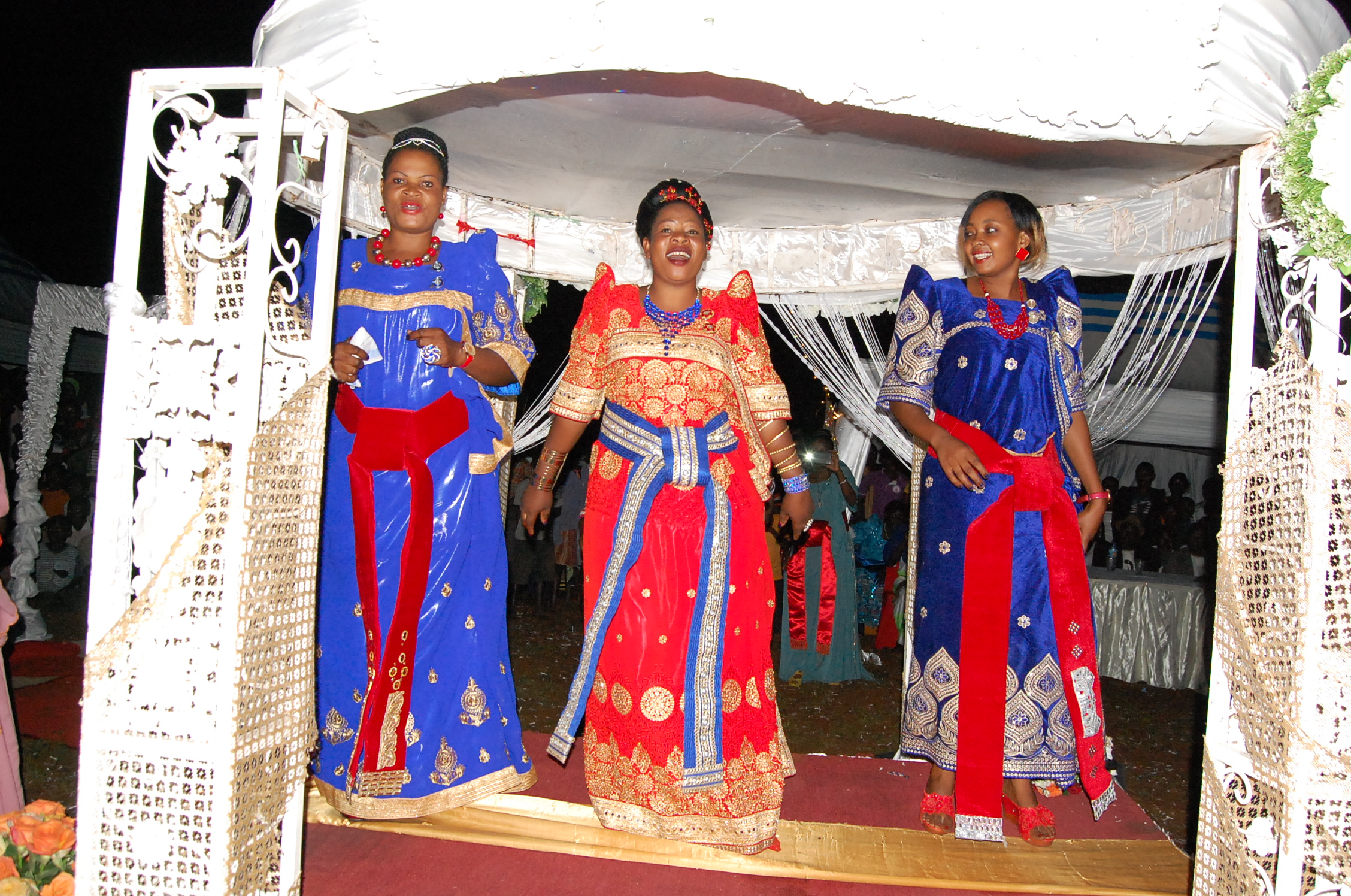 What did you enjoy the most on that day?
Medrine: Seeing my beloved husband in the tent on that day because some men disappoint women during introduction ceremonies. I was also happy to see him pull off dance strokes I had never seen and he was excited. I liked the master of ceremonies, not forgetting entertainment, cake, food, decoration, videographer and I saw our committee members from our families restless to ensure everything went as expected.
Yahudu: My sweetheart was happy and smart in a gomesi. Most of the service providers gave us their best.

What was going through your mind during the ceremony?
Yahudu: I was saying, “Allah, you are worthy to be praised. Finally, I’m here to be introduced by my beloved wife.”
Medrine: I had many things on my mind. I wondered whether it was just a dream. Even after the function I could not believe that I had introduced my husband to my parents. 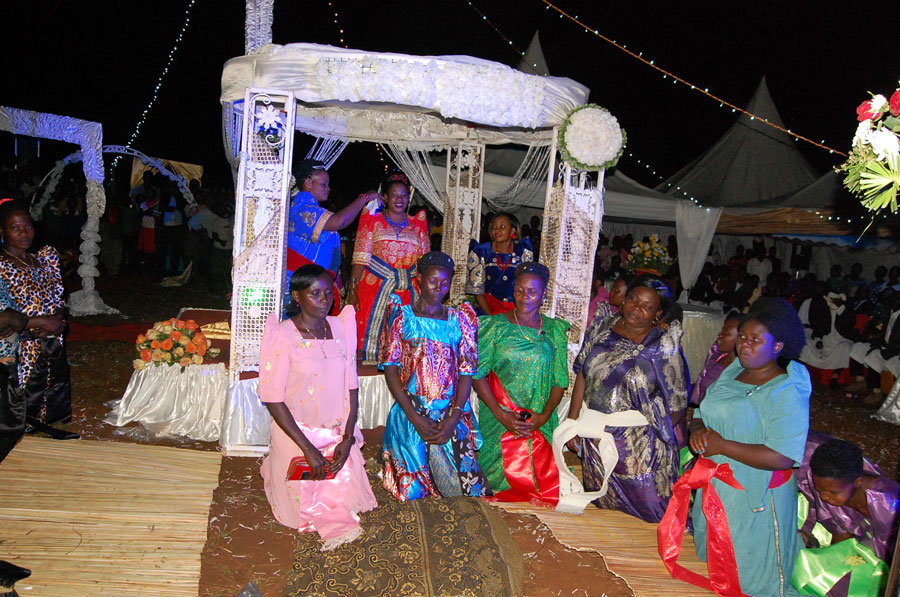 Did you go for premarital counselling and what did you learn from it?
Yahudu: Yes, we did for two months before the function. I learnt my roles in the home as the head of the family, also learnt that core aspects of marriage are love, respect, faithfulness and caring. I also learnt that marriage is all about carrying one another’s burdens.
Medrine: I learnt to respect my husband, and that a man has to be cared for like a baby and God should be at the centre of your marriage. I also learnt that forgiveness is vital.

What is your advice to those planning such functions?
Yahudu: They must plan within their means instead of getting loans. Before they embark on introduction or wedding ceremony they must be in position to finance at least 90 per cent of the budget instead of depending on people.
Medrine: Marriage is good, but people must use the available resources to avoid last minute stress because some people make empty promises. Our introduction was stress-free because we did it within our means. 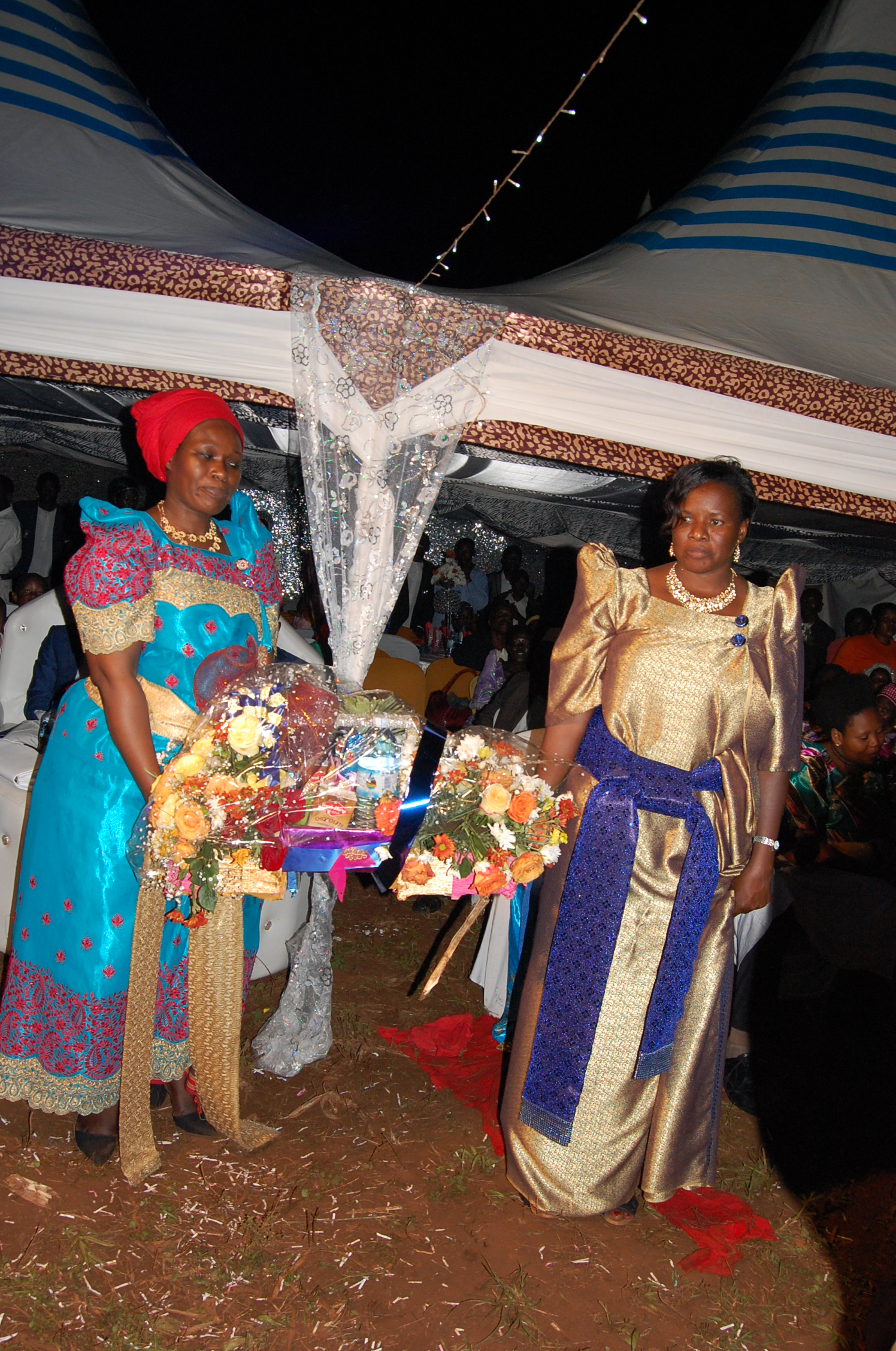 When is your wedding since you have finished the introduction?
Yahudu: Our wedding is this year insha Allah.
Medrine: We are planning for it.

Everything you missed about Sadiya and Hashim Mulangwa’s wedding