Indian actress, Priyanka Chopra(36) and her American singer husband, Nick Jonas (26) tied the knot in a three day ceremony during the weekend. The couple first had a christian wedding and a day later, they made a Hindu ceremony at Umaid Bhavan Palace in India. Many pictures flooded the internet about their wedding  that we lost track on which attires were the official wedding gowns. Suprisingly, in all the splendor we saw them in, non was the actual wedding outfit! The real outfits only got to be revealed today.

In pictures posted on Priyanka’s instagram account, she shows off her wedding gown which had a long veil, more than two million mother-of-pearls sequins, and took 1,826 hours to be made. Both the couple’s attires were designed by Ralph Lauren.

Another picture shows Priyanka in a red lehenga and Nick in a golden sherwani from the couple’s Hindu wedding at Umaid Bhavan Palace. Check out their wedding photos and videos here: 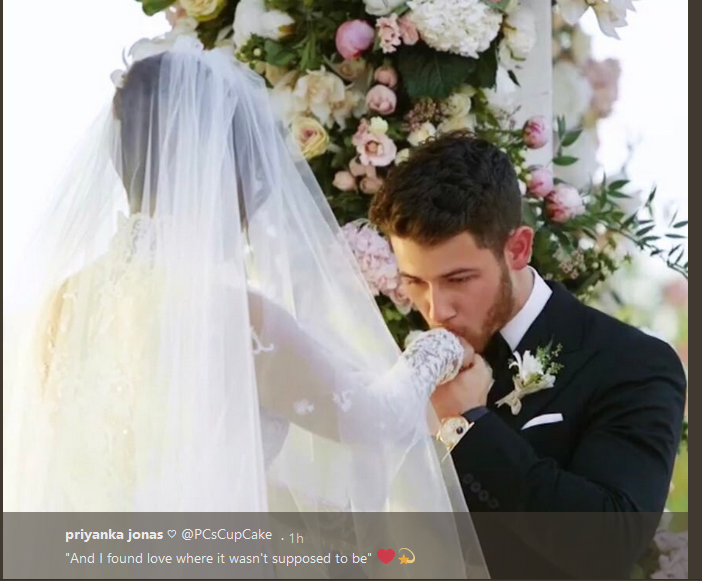 Before saying I do, here are four critical tests you should take