Over the weekend, the wedding ceremony between popular Ghanaian actor, John Dumelo and his wife, Gift Mawuenya took place at a private event at Royal Senchi, Akosombo in Ghana according to reports by Nigerian Weddings Magazine blog. 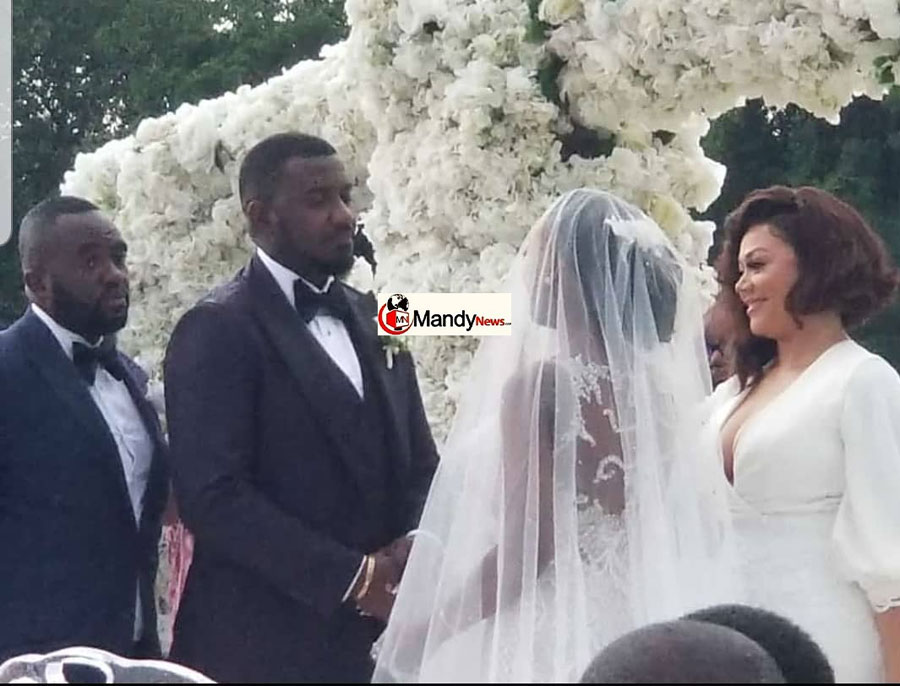 Popular Ghanaian actress, Nadia Buhari was the maid of honor since she is a best friend to the bride while Fred Nuamah, another actor was the best man standing beside the groom.

It was a romantic how Dumelo looked directly into the eyes of Mawuenya in amazement when they were saying their vows and even while having their first dance as a married couple. 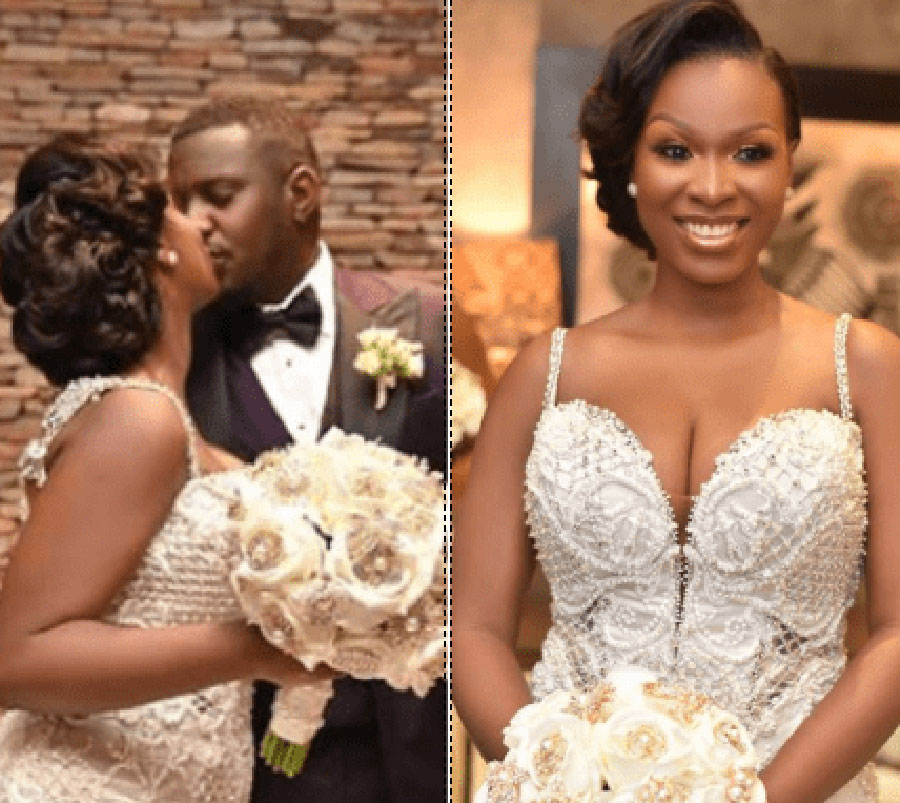 The handsome actor looked elegant in his suit with a bow tie while his lovely wife wore a trendy backless gown with unique designs to avoid leaving the back bear.  The front side was a sweetheart design with small straps and then the gown was body hugging up to the knees and then at the bottom the nets poured out like a fish design to the floor.

Mawuenya went for minimal make-up and accessorized her looks with simple pearls and a held back hairstyle. For the church ceremony she was covered in a long veil and only took it off at the reception. And not forgetting the vintage inspired bouquet that had white flowers accessorized with pearls and silver jewelry. 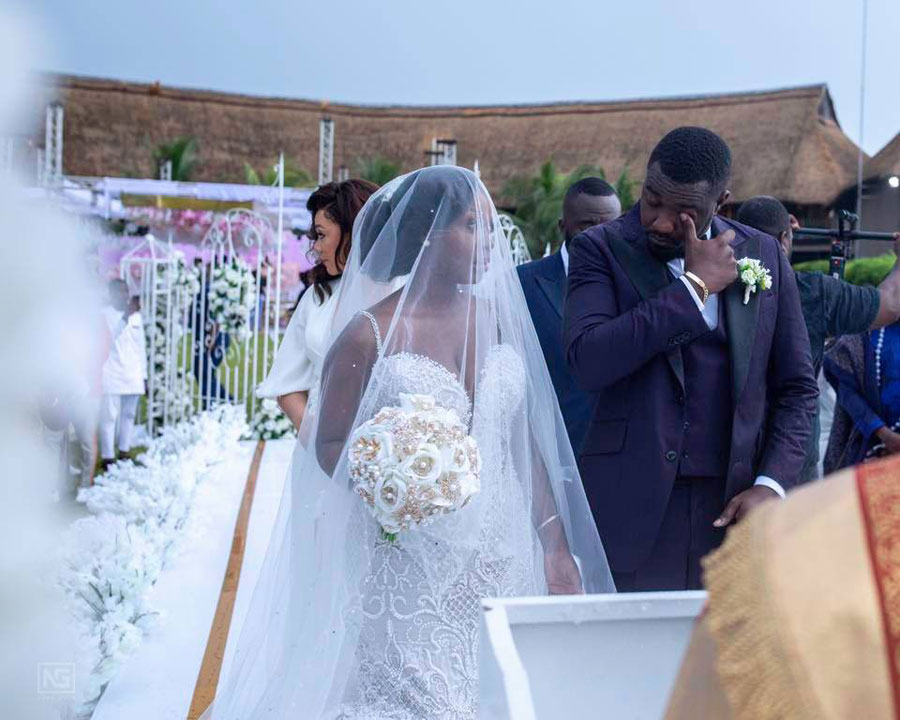 Since the wedding was white themed, the matron also wore a white arm sleeved and long dress with a slight slit at the top for a classy cleavage, while also the bridesmaids went for a long open strapped dresses with slits at the top to show some cleavage while carrying white bouquets. 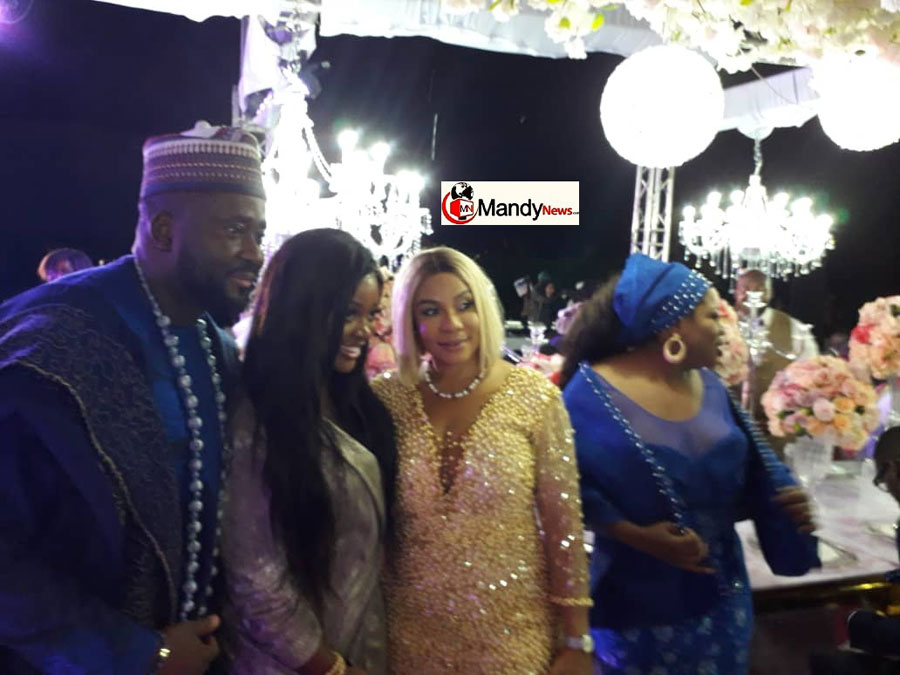 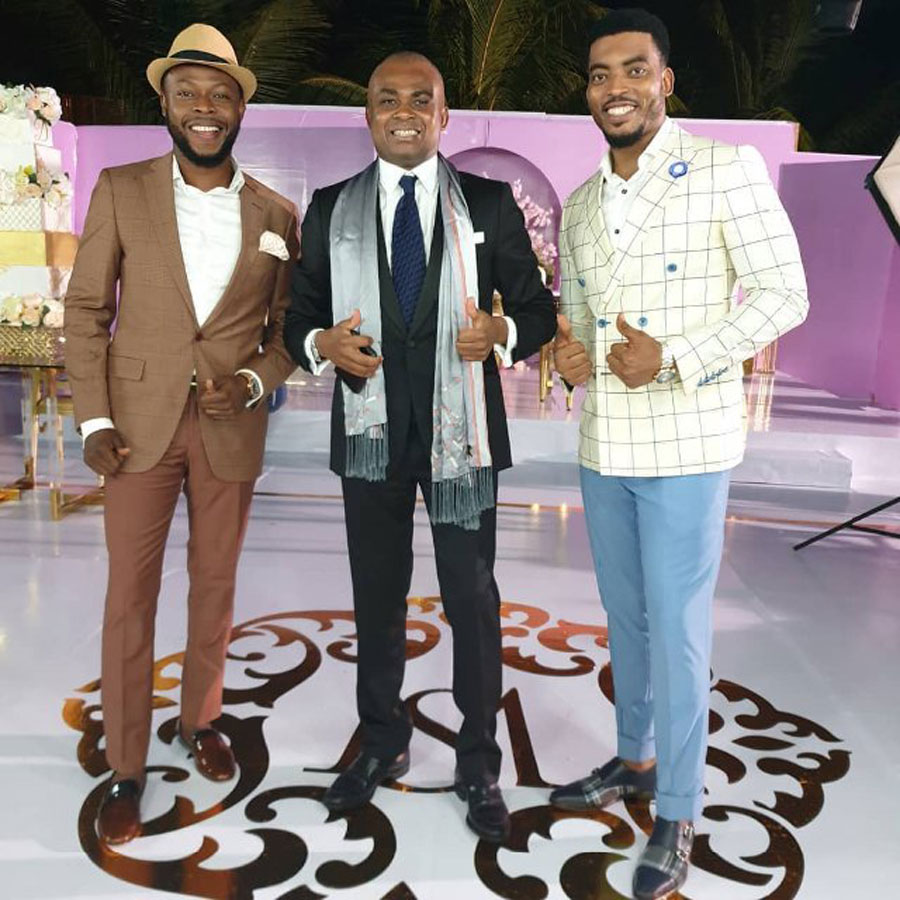 The church wedding takes place a year after they had their colorful traditional marriage on 12, May, 2018. They had a son named John shortly after.

Unease as rivalry Presidents’ children insist on marrying each other