Our first year had more challenges than good times

Even after 24 years together, Harriet and Dennis Odoi are still learning new things about each other. In the beginning, learning new things about each other was not just disconcerting, it was a source of arguments for Dennis and Harriet. The reverend of Victory City Church, Ntinda, shares that there were so many times he thought of walking away from her because of disagreements.

“Harriet encouraged me to give the relationship another chance. However, what really helped us was declaring our love publicly. We declared our love before church, exchanged engagement rings and received prayers,” Dennis says. This not only gave them reason to not give up but also helped ward off suspicion when seen together.
Saying their vows on December 7, 1996 would have meant that a lot of turbulence had been overcome but Pandora’s Box was only getting opened.

Dennis attests to the hardship that marred their first years of marriage. “Our first year had more challenges than good times with doctrinal conflicts, and background differences. It took us a long time to forge a common understanding on spiritual practices because my background emphasised the word, prayer and some disciplines while hers emphasised dreams and prayer. These differences were pronounced in those first years hence disagreements and disappointments,” Dennis shares. 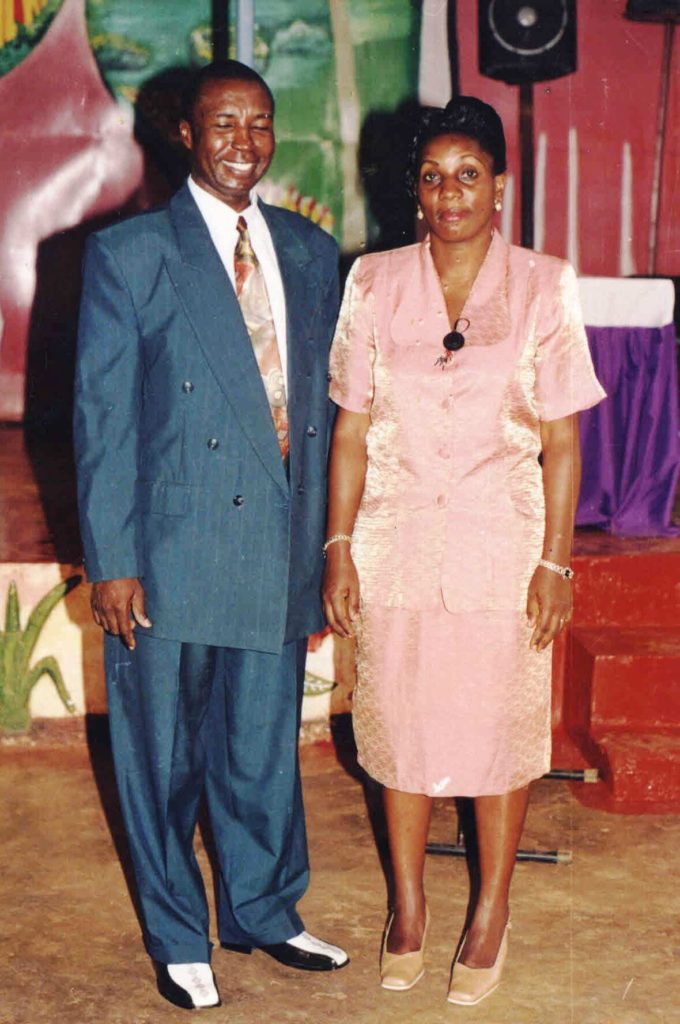 “The other problem was dealing with emotions. I believed in waiting for a proper time to talk, while my wife believed in dealing with issues immediately. Learning and getting a common ground was not easy but we agreed on meeting to talk about our differences and challenges,” he says.
Harriet says although the first year of marriage was characterised by differences, as a couple, they worked towards understanding each other and that was dedicated to making adjustments.

What helped?
According to the Odois, they would never have made it this far without prayer. “Prayer and reading scripture provided encouragement, inspiration and guidance. Supporting one another was another core aspect because we knew that if one failed then we both failed,” Harriet shares.
Reading books such as Intended for Pleasure by Dr. Ed Wheat, Before I say I do, and several others on temperaments and conflict resolution in marriage has also helped. The couple adds that being open about what one is going through and getting time to talk eases problem-solving as issues are dealt with rather than left to fester,” Dennis says. 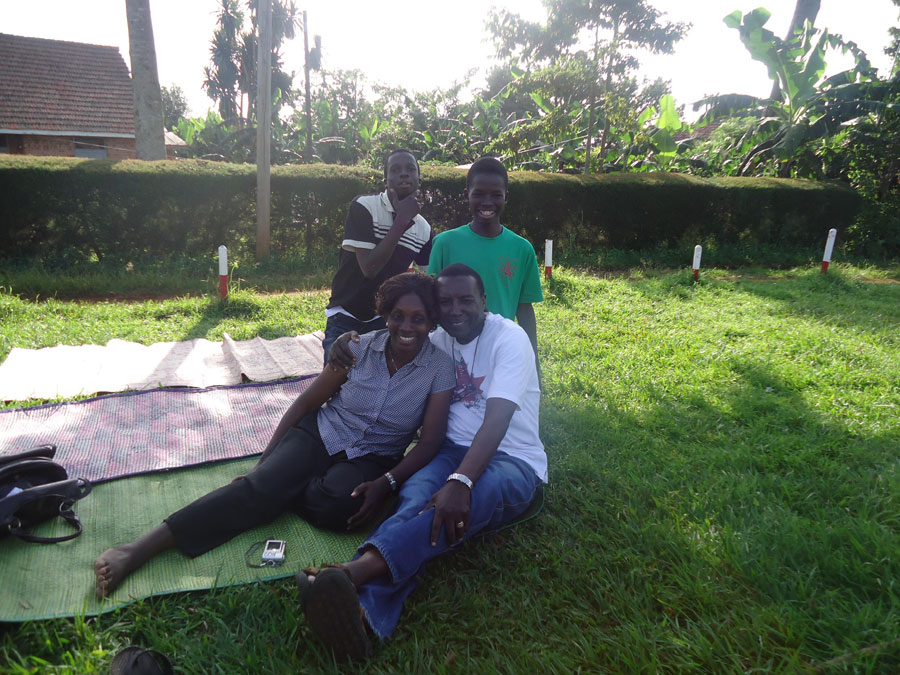 Meeting
Meeting in church, the Odois had no idea that they would end up as husband and wife. “I had gone to preach and she was my interpreter for about two weeks. However, at that time, my focus was on going to Tanzania for a mission,” Dennis shares.
At the time of their first meeting in 1993, Harriet had been praying for a God-fearing man, one with godly values. “However, nothing came out of that first meeting. I also did not think that he was the man God had chosen for me,” Harriet shares.
The next time they met was in 1994 after Dennis’ mission in Tanzania. He had asked her to act as an interpreter as he preached at an Anglican Church in Mulago, Kampala.

Then one day, in 1996, Harriet went to Dennis’ office and unlike before, when he saw her, she seemed different. “There was something special about her. She was so beautiful and it seemed like I had never met her before. There and then, I knew she was the one. She looked glorious, in a well matched red ensemble (dress, necklace, earrings and shoes) and I do not think I had ever seen a woman so beautiful. I told her she would be my wife. However, because we had barely interacted the few times we had met, the joy was not reciprocated. She got angry, and sought solace in her mother, who only confirmed what I had said,” Dennis shares.
Harriet laughs about it saying when she talked to her mother about Dennis, her mother said she had been praying and asking God for Dennis to marry her daughter.
Encouraged that all was well, Harriet and Dennis became friends and later started dating.
Dennis was also drawn to Harriet’s beauty and her captivating smile. “As a plus, she was in ministry as a worship leader and would sometimes preach the word. I felt that the combination would help me to avoid temptation since we would be with her on missions,” he says.
“We set boundaries such as no touching, no sex before marriage, or doing anything that would go against our principles,” Harriet shares.

Blessed wedding
The wedding preparations were not difficult because being involved in ministry, they had friends here and abroad with whom they shared their intentions. “My church then contributed towards my gown and maids’ dresses while I bought my changing dress, shoes and other accessories. On the other hand, Dennis’ church then, Full Gospel Church made all the preparations for our reception,” Harriet shares.

Highlights
Harriet and Dennis have turned into marital counsellors and help young people find spouses. “A thriving marriage is our joy and the fruits we have seen are proof that we have made a commendable mark on the marriage institution,” Harriet says.
The Odois also started a project helping vulnerable children and this was inspired by their backgrounds as well as what they have seen so far. “While 2020 had financial challenges, we have helped many children through school,” Dennis says.
Through their connections and position in society, they have also helped several graduates find jobs. “Poverty cannot be alleviated if we do not help others. Therefore, we use our connections with various people to help graduates earn something.”

Dennis advises against rushing into marriage or getting into it because you have been told. “Marry one whose strengths and weaknesses you know.”

Never marry because of beauty. “It fades and all that remains is what is inside. So look for inner beauty. It also ought to be someone who believes in what you believe in, one you can talk to, someone with friends.”

Harriet advises that partners place God at the centre of their marriage or relationship and stay faithful and committed to each other. “That is the only way they can ably stick to their vows and remain strong in marriage. Without God, it can be very lonely, challenging and depressing.”

Homemade hair treatments for any bride-to-be