We dated for five months

They met in December 2019 and for David, it was love at first sight. To David Masereka, when you fall in love, some things become hard to explain. When they met, he was sure he loved Prossy Biira and was ready to do anything to win her over.

“I do not know how we became friends. In love, sometimes it is hard to explain some things. A friend introduced Prossy to me and I was smitten. My heart ‘changed’ and it was like God had given me what I was praying for. She was the friend that I needed and whatever she talked about was what I had been craving to hear. If there was anything bad about her, I knew we would sort that out later but I was sure I loved her,” David recounts.
There is a special trait of Prossy that struck David.

“She is a simple and open-minded person like myself. We both knew most of the things about ourselves and this gave a boost to our decision after some time,” he says.

David adds it was just about Prossy telling her parents because he was ready to meet them.

“It took me about five months to be on the same page with David. I wanted to get married but needed to first establish certain things like knowing a bit more about him before making the final decision,” Prossy says.
They had phone conversations and only met twice during the five months. There were limited dates and meetings because the two lived districts apart. Prossy lived in Kasese while David lived in Mityana District where he works. The two were distant physically but after five months, she was convinced that she was in love with him.

“He was a man of his word, hardworking and caring. Falling in love with him was easy,” Prossy recalls.
After she was sure about her feelings in May 2020, she told her brother who told their parents that she was seeing someone who was going to marry her. “It is usually hard to directly tell parents that you are seeing someone. I first told my elder brother and that is how our culture is. When our parents learnt about it, they called me and then it was easier for me to confirm,” she says. 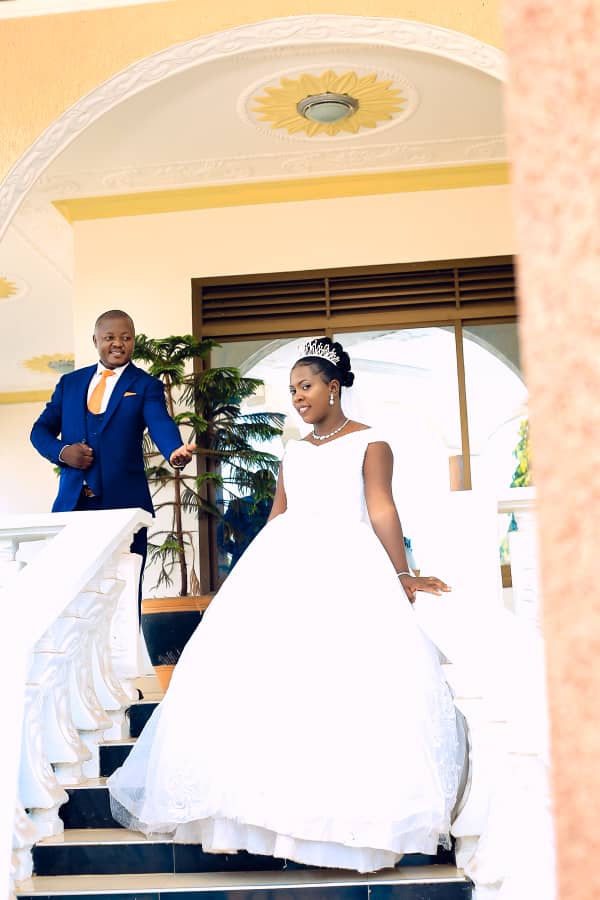 The couple had planned to have their wedding the previous year but because of the Covid-19 pandemic, they postponed it so that they would be able to host more people.
Also, David is a student of civil engineering at Kyambogo University and had to start classes in March. They had to choose dates before he returned to school.

“We had thought of doing the wedding during the Easter holiday but because of the school factor, we had to do everything in February.”
The giveaway was on February 25 and the wedding, two days later.
“We rested after the giveaway and had a simple party as we waited for the bigger day,” Prossy says.

The moments
At the giveaway, Prossy was happy about her friends’ turnout, the gifts they brought for her and when the parents exchanged their gifts.
“On their wedding day, I loved the church service and the way my maids were organised, lively and jolly,” she says.
However, she was disappointed about two things.
“If I had another chance to redo my wedding, I would plan that we eat early because I was starving and I would choose another hairstyle,” she says.
David enjoyed the church service, especially when they exchanged vows and the lively reception.
“The number of guests overwhelmed us, and the dancing session was exceptional,” he says.
Given a chance, he would change the venue of the reception. 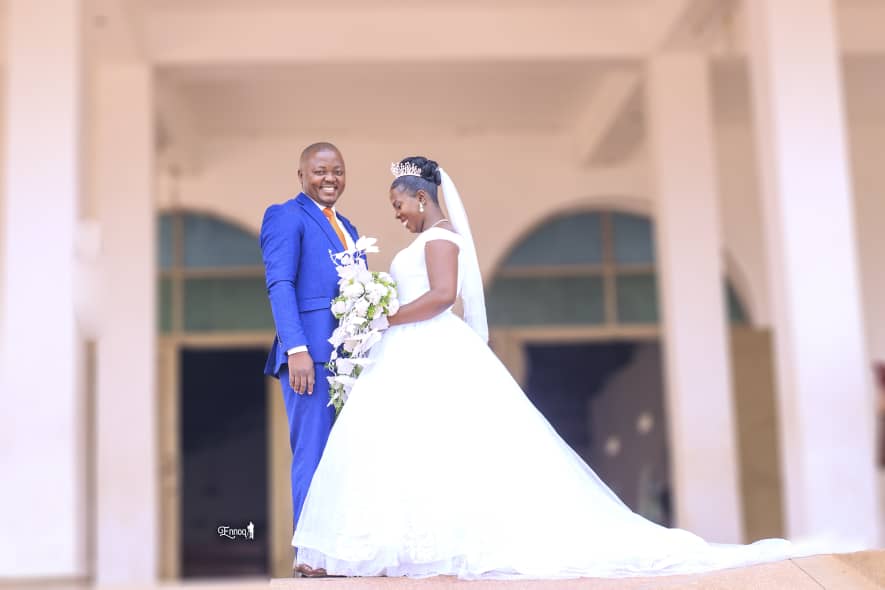 Culturally [among the Bakonjo] they have a non-negotiable ‘budget’ for any giveaway which is 12 goats.
“I used my savings and contributions from my relatives to get the bride price. So, my friends came in handy to contribute towards our wedding,” David says.
They had three organising committees which mobilised funds from friends, relatives and workmates. The couple’s budget was Shs25m and they had planned for 200 guests but ended up hosting about 500 but surprisingly were catered to by the same budget.
“We scraped off the hard drinks from the budget and instead increased the amount of food because a party is all about eating,” he adds.
The most expensive item on the wedding day was the food at Shs 9m; décor at Shs3m, the cake cost Shs1.5m. Prossy hired her gown at Shs 1m, her hair and make-up at Shs 600,000 and the changing dress at Shs300,000.