NTV Uganda News Anchors Raymond Mujuni and Rita Kanya are officially an item. The news of the couple’s engagement broke the internet yesterday at 9:49pm when Mujuni posted,

JUST IN: The most beautiful girl in the world said yes to my most difficult question pic.twitter.com/85EoRJi1Gn

The tweet was shortly followed by another from Kanya stating,

“Every road led me to this YES!”

Every road led me to this YES! pic.twitter.com/uqyDmwsCJ9

The couple’s news has caused a stir on Twitter with many congratulating them, while others have started a banter about dating a workmate.

He later posted a photo of the couple in black and white, an indication that close people in the newsroom knew about the couple’s relationship. He captioned the photo, “Owo’mutima omunaffu wakuffaa.” 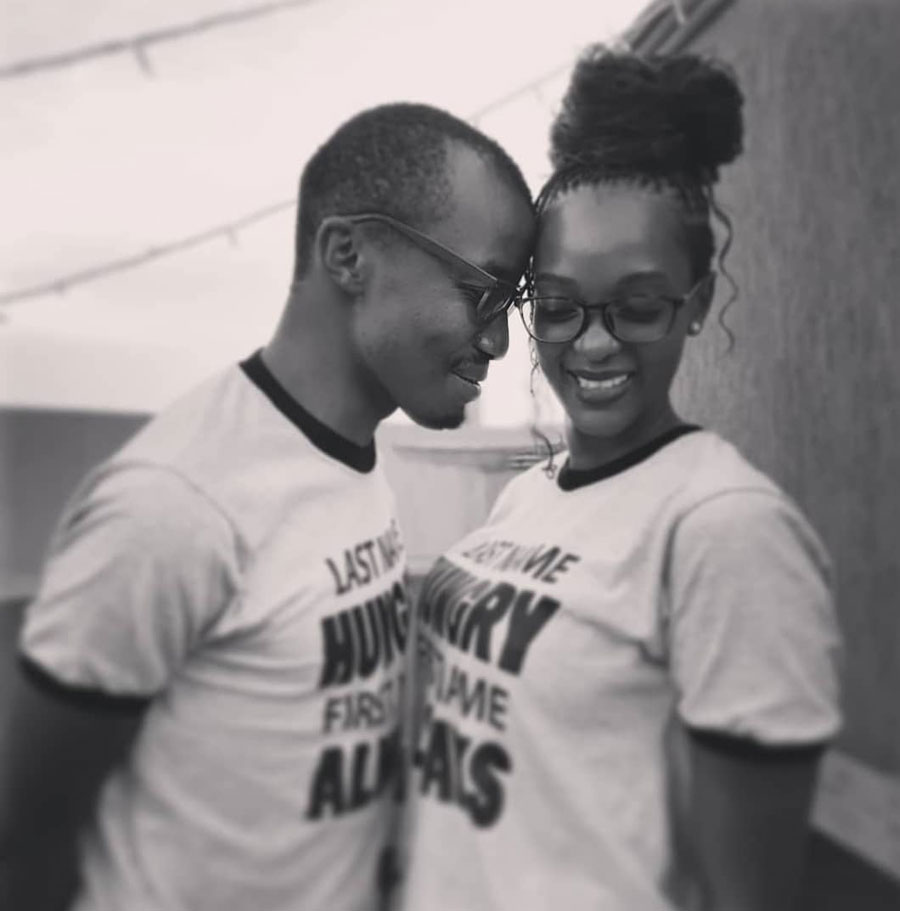 Rita, Raymond come see me in my office on Monday morning. Bring your parents or guardians. https://t.co/NjWQMZZHSV

To this, Kanya joked whether she should be escorted by both or one parent.

Other colleagues that have congratulated the couple include Linda Ddane, Fardidah Nakazibwe and NBS’ Solomon Serwanja,

I would have loved to say it in a more poetical way but then again, I remembered that he is one of my favorite writers and I don’t think I can write better than him. But let me just say congrats to you my brother @qataharraymond and @Rita_Kanya on this great milestone. pic.twitter.com/ulyi3UoAuf

Rita Kanya and Raymond both work at NTV , the reason I might be single is I keep it professional at work maybe . pic.twitter.com/M230u8Ztem

The I can’t date a workmate: 👇👇 pic.twitter.com/xegTqKMaAF

Soon on ntv
“I’m raymond mujuni and I’m rita kanya,let’s take a SHORT BREAK and we’ll be right back”

Twittter user Jude Mugabi has been famously known to have a crush on Kanya. He hasn’t been spared the jokes either.

What Jude used to tell Rita before Raymond proposed pic.twitter.com/ekNqECnDMR

Jude explaining to UOT what Raymond did to him after proposing to Rita pic.twitter.com/Qng7kGUec0

We had our kuhinjira, wedding done on the same day, same venue

We had our kuhinjira, wedding done on the same day, same venue

Our very first Christmas as a newly married couple