By Godfrey Lugaaju
Benjamin Kashilingi, a manager at Levels Lounge, Kamwokya and Julia Birungi, a businesswoman met in 2017 at Benjamin’s workplace. At the time, Julia and her friends had a get-together and bridal shower at Benjamin’s establishment. Benjamin cast a glance at Julia and did not waste any time. He asked for her contact and they struck a friendship.
Julia says Benjamin’s kindness attracted her to him. He is always there for her and has taught her so many things about business. To Benjamin, Julia is strong-headed and independent.

Two-and-a-half years later, Benjamin proposed.
“He [Benjamin] asked my friend and wedding dress designer Anita Beryl to convince me that we had a meeting at Golden Tulip Hotel. When I reached there, there was Benjamin with a ring and my friends cheering us on. I was excited and surprised. He popped the question and we had dinner,” Julia recalls. 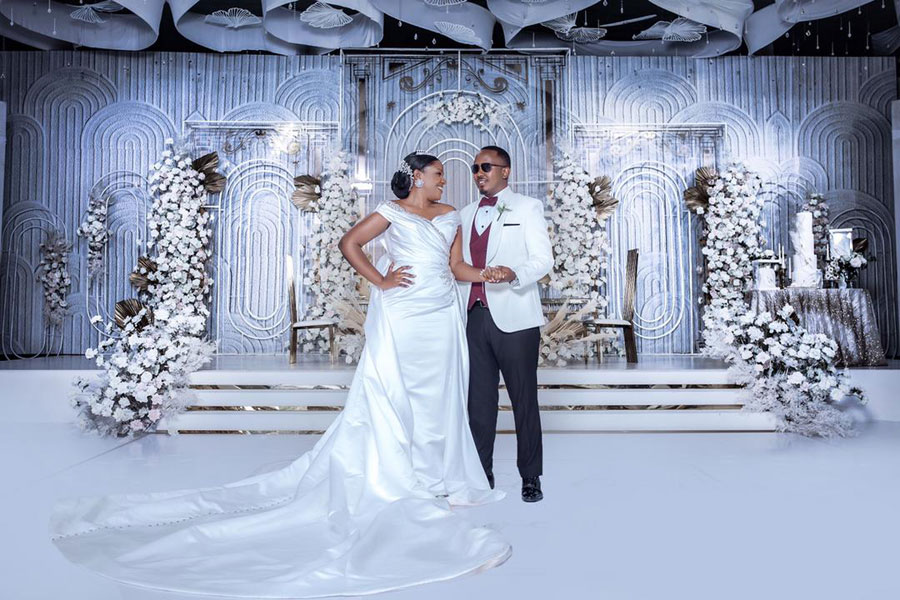 The couple’s introduction was on September 18, in Rukungiri.
“We invited a few friends and family members. It was small and intimate,” Benjamin says.

Initially, they had resolved to plan their wedding themselves but later on, during the second lockdown, they got a commercial wedding planner. They presented their budget and needs. Meanwhile, they booked their wedding date at All Saint’s Cathedral, Kampala.

“We did not have meetings apart from our parents who offered guidance on how to go about business. We drew a guest list of 150 people which included our entourage of four groomsmen, two bridesmaids, two flower girls, the best man, and matron,” says Benjamin.

They saved up for a year and financed their wedding. The couple held their wedding at Mestil Hotel and Residence in Nsambya on Benjamin’s birthday.
“It was my dream wedding and everything I envisioned. From a husband, dress, décor, venue to guest list and schedule,” she says.

Memorable
Benjamin says having his friends, groomsmen in the morning cheering him on and also seeing his wife in the morning after a long time was remarkable.

“I wanted something unique and classy. My wife likes decor stuff but I am glad she involved me in the planning and we were able to get something that worked for both of us.”

For Julia, Benjamin seeing her in the morning was awesome. Also, their lively entrance to their reception nailed it.
She cannot forget their pre-wedding photoshoot crafted by Timeless Weddings.
“We settled for Entebbe Golf Course, a space where we would be free and take memorable photos. The greenery too gave the best backdrop,” she says adding that their honeymoon in Dubai was out of this world.”

The services
Anita Beryl made for Julia a white satin gown inspired by a Lebanese wedding outfit whose details were brought to life. For the changing dress, she wore a champagne crystal-fitting dress.
“I had wanted a jumpsuit because I wear trousers a lot but Anita convinced me to do a dress and I am glad she did. The changing dress was perfect for our evening.”

A party is incomplete without cake. 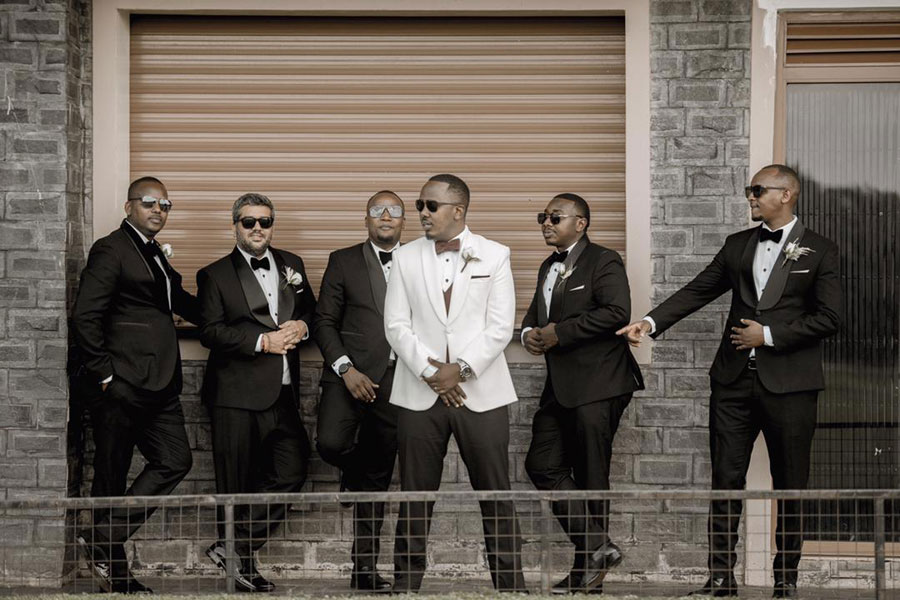 Lush Treats baked a four-tier butterscotch cake with six extras. Julia says butterscotch is yummy and the cake was intended to match the decor.

The ambiance Fenon Events created did not disappoint. Soft light, the platform, sound, screen and set up of the event complimented the decor.
I-Candy did the décor. Julia and Benjamin had wanted a clean, royal and elegant-looking space.
“I had wanted black but did not know how she would incorporate it but she put it on the ceiling and everything tied up together to give us our perfect blend.”

For entertainment, the couple, says the presence of their friends Rajiv Ruparelia and Gideon Kirumira who were in the entourage plus performances from friends Micheal Kitanda, Bebe Cool and Chameleone made their day.

Challenges
Benjamin cannot forget the delay in the funds they had anticipated.
“Payments trickled in against time but I am glad the service providers were understanding and patient with me. I finally cleared everything,” Benjamin says.

Advice
Benjamin says people who wish to wed, ought to save as much as possible since nowadays people’s contributions cannot sustain the wedding because things are pricey.
He shares that it is good to get a partner who has the same taste as you because it reduces friction between the couple while planning.
“With the current economic situation, it is unfair to burden people with your wedding. So I would advise that you save and invite people to come to celebrate with you,” he says.

Tips
Benjamin says marriage is a partnership and a prayerful partner comes a long way.