Finding love again after the loss of my wife

Enock Isingoma Kaliisa lost his wife to Hepatitis B in 2012 and he could not stand the loneliness. Enock later found love in Mildred Kyakyo and they wedded recently. Their tuktuk ride video went viral on social media. 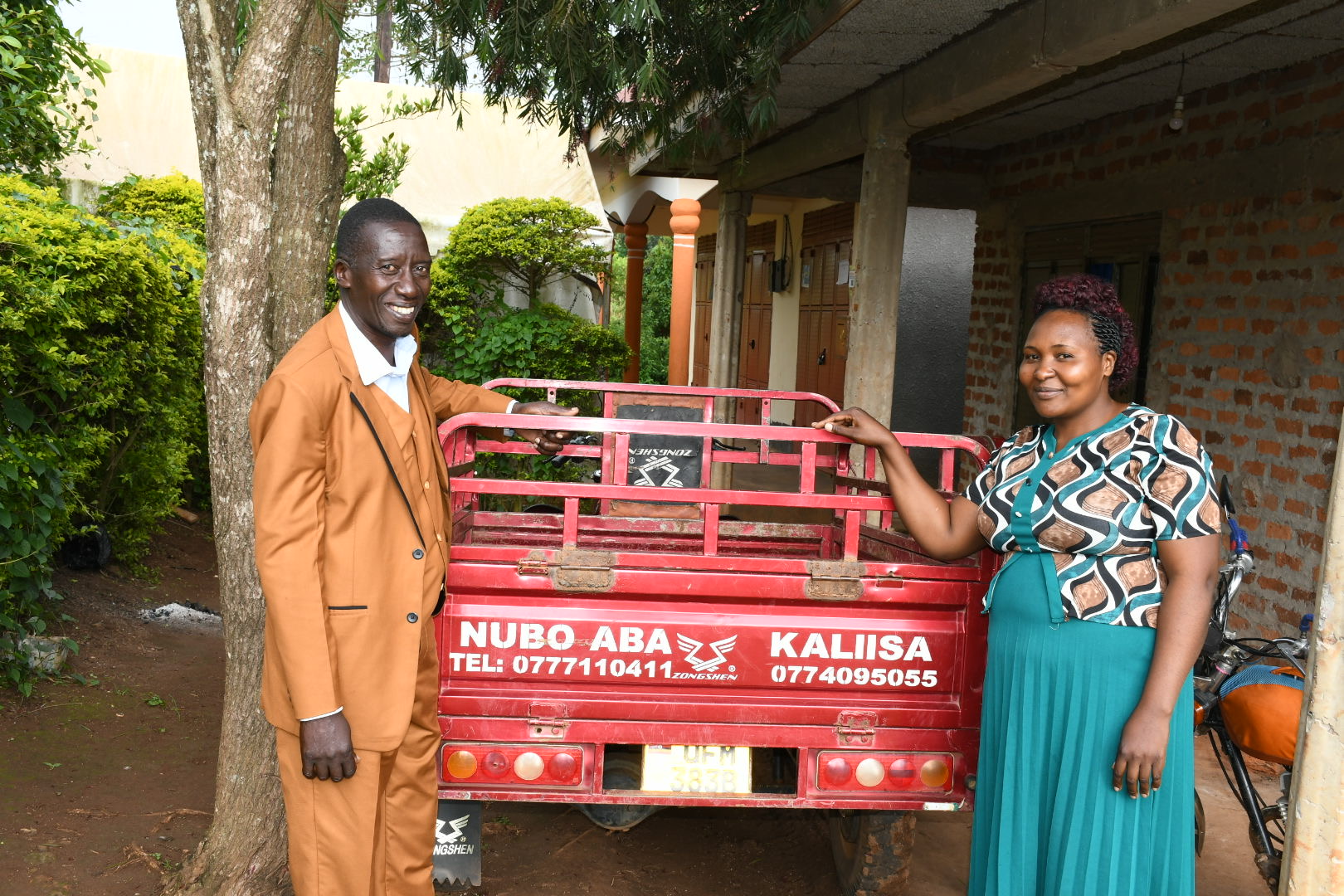 Enock Isingoma Kaliisa, 56, on October 16, wedded Mildred Kyakyo, 38 at Kasiina SDA Church in Kyenjojo District in a function that has gone viral on social media. Enock lost his wife (Mildred’s sister) to Hepatitis B in 2012. The three were living together. Enock and his first wife were survived by four children.

The duo had been staying together since 2005.

“After my first wife’s death I could not run the family singlehandedly,” he recalls adding that a few months later, he proposed to Mildred because they knew each other since they had been living in the same home for years.

“Initially, I had no interest in her but she used do well with the children and they loved her so much. I fell in love with her after her sister’s death. And, since Mildred knew my circumstances, she just accepted me,” he says.

Mildred, says on her part it was difficult because death was sudden and Enock’s proposal came as a surprise.

“In 2005, my late sister took me in and was neither badly behaved nor showed any interest in me, but his proposal caught me off-guard,” she says.

Mildred says, when her parents learnt of their relationship, they were happy because they knew what had transpired. 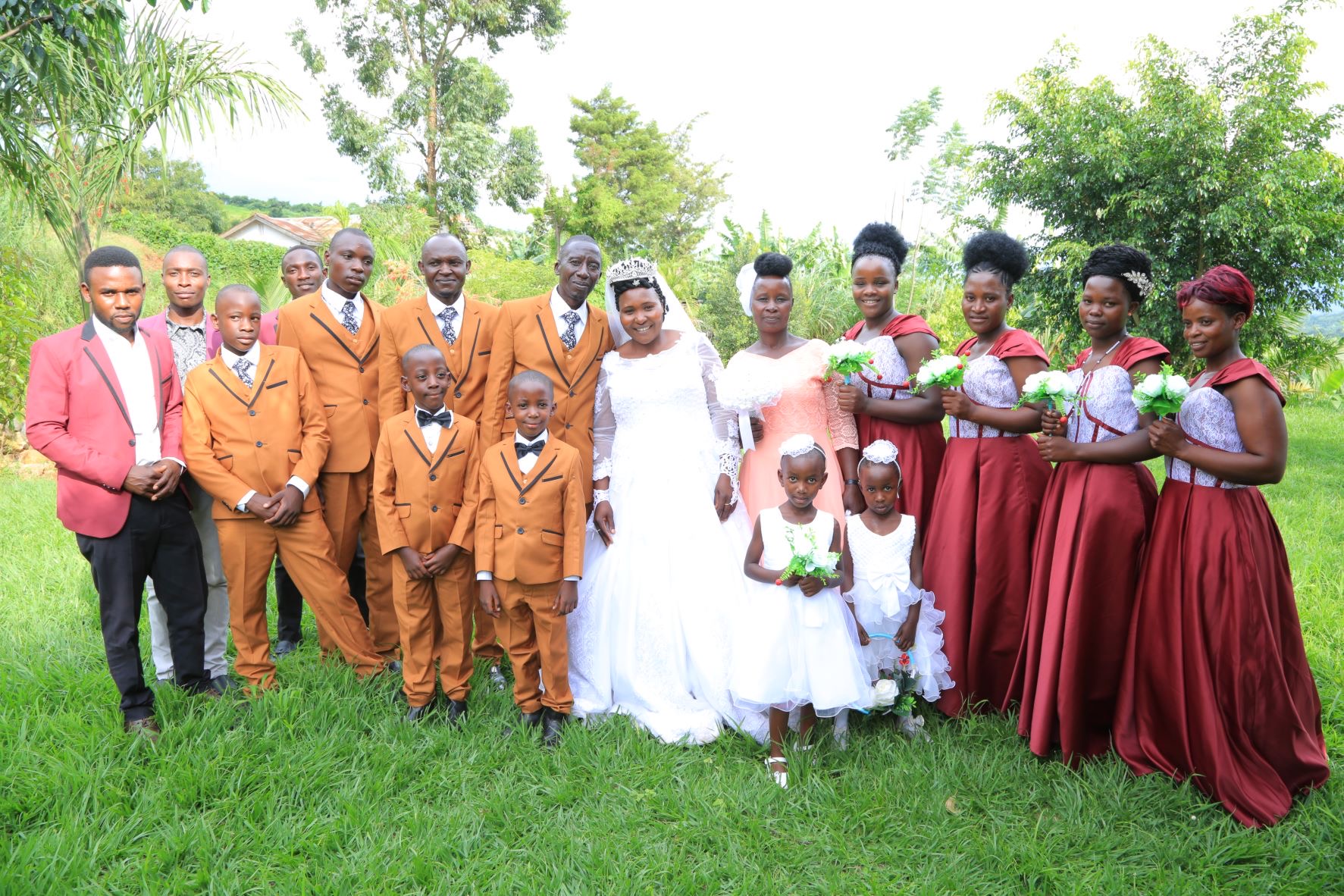 “When he proposed, I asked him to first give it time because I needed to process it. We now have three children,” she says.

Enock says after she accepted his marriage proposal Mildred only went home until September when they were going for a wedding.

“We stayed together for all these years, her parents were aware of our relationship and I visited their home at different functions,” he says.

At their church, in September, they announced a mass wedding and Enock picked interest but never disclosed it to Mildred because he wanted to surprise her.

She says Enock always joked about how he wanted to wed her but she thought it would never come to pass due to financial demands.

“I was aware of the mass wedding but did not think we would be part of that event. I felt that he had not introduced me and so, we could not wed,” she recollects.

After raising some money in September, Enock sent her home to inform her parents that he wanted to visit them.

“I wanted to surprise her, she did not know that we are going for introduction, on September 13, with a team of four, I went to her home. I had Shs3m.My first born acted as my father, my young brother as best man, and one of our friends, an aunt,” he says.

His in-laws had given him a budget of Shs4.5m for introduction and he managed to pay Shs3m. Thereafter, he was given a consent letter to proceed with the wedding.

“My father in-law did not like the way I organised our introduction. He told me that it was abrupt because he would have preferred a bigger function. All I wanted was to wed my wife because I was missing some sacraments in church,” he says.

Mildred was surprised to see her father hand them a consent letter because her parents had proposed that they hold their introduction the following year in February. Click to read more…

Where do you meet new people?