In Buganda culture, the girl’s family largely determines the number of people a groom should carry as his escorts to marry their daughter in a traditional ceremony.

This is sometimes done basing on the available resources like size of the compound in which the function will take place, expenditure on the visitors and how big or intimate the bride’s family may want the event. On the usual, the man’s family is given between 20-50 people as escorts, while the bride’s family, being the hosts have an unlimited number. These functions typically have between 150-300 attendees.

However, in the case of Baker Ntende, a social worker, he went with eight escorts to be introduced and estimates the number of people who welcomed him from the bride’s side to have been about 50. 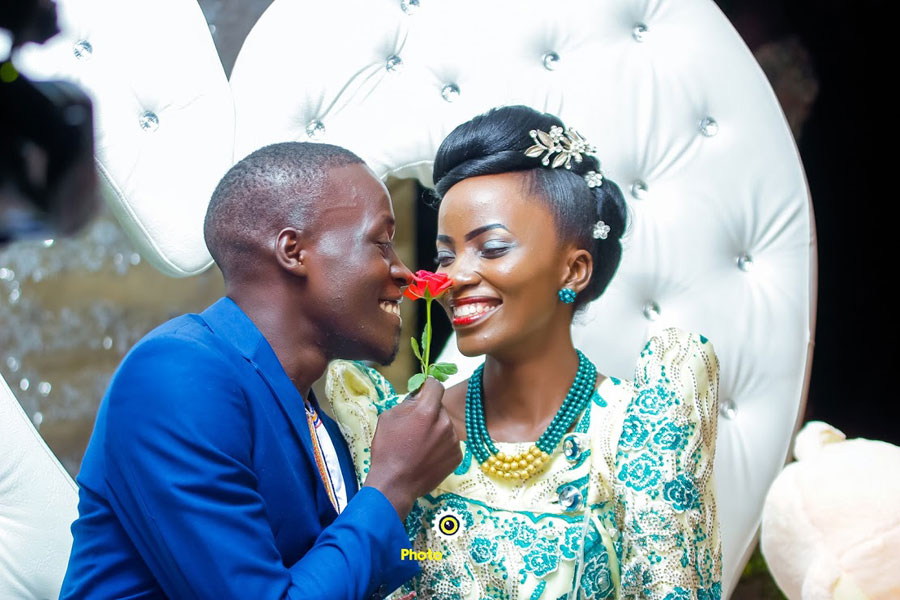 Ntende explains how he made his function with 8 escorts. Ntende reveals that during the kukyala ceremony, 3 people escorted him including his brother Joshua, sister Prossy and friend, Patricia.

“I drove alone all the way from Jinja and picked my escorts and then headed to Mega Supermarket where we shopped a few items to carry for our In-laws like Bread, sugar, tea leaves, cooking oil soap and among other household essentials on a budget of Shs200, 000,” the groom explains.

When they reached the home of Nakiranda’s uncle who had raised her as his own in Makindye, his brother, Joshua spoke on Ntende’s behalf. 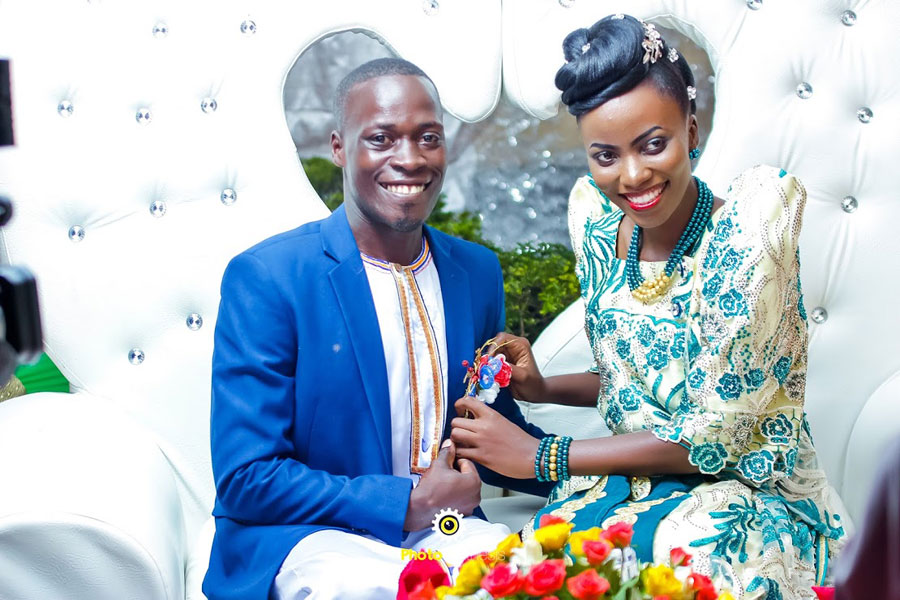 Nakiranda’s uncle gave Ntende the liberty of deciding the number of people to come with for the kwanjula ceremony. It is at this moment that Ntende told them he wanted to come with 10 escorts for his official introduction ceremony to their daughter, Beatrice Nakiranda, an engineer by profession.

On the D-day however, eight of the 10 people came as the other two faced a miscommunication problem.

He reveals that he and Nakiranda had wanted a small intimate ceremony in that at first, they had agreed that their kukyala and introduction takes place on the same day, but his fiancée’s family preferred them different. 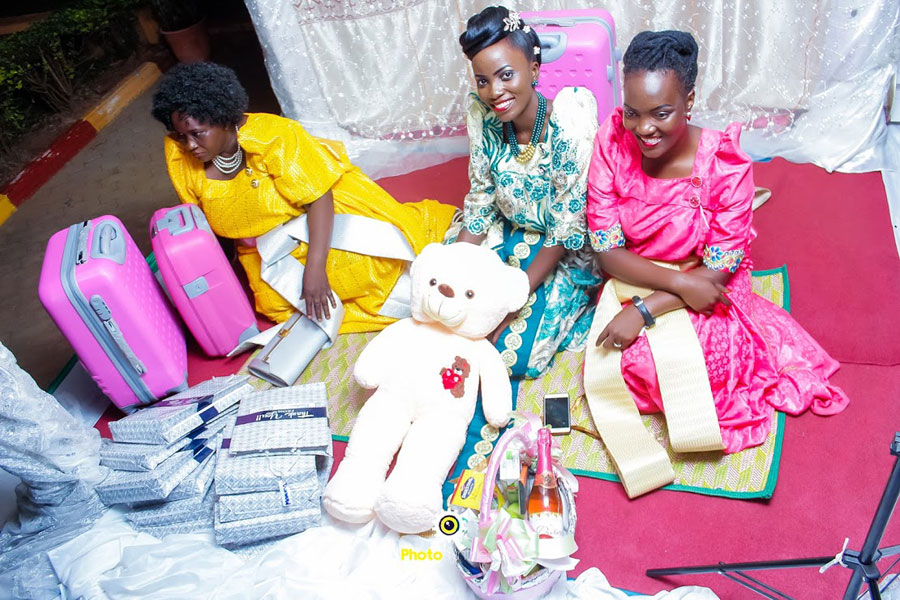 “After Nakiranda had said yes to my marriage proposal last year on 6th December, 2018 at my sister’s wedding, we settled after for the traditional ceremony to take place in February,” he explains,” adding, “but due to change of plans we went for the kukyala on 23rd, February this year and the Introduction ceremony took place the following month, 3rd March.

For bride price, his fiancée’s uncle told Ntende to bring anything he saw fit which the groom says was tricky and difficult because you actually do not know what exactly they expect and might need. 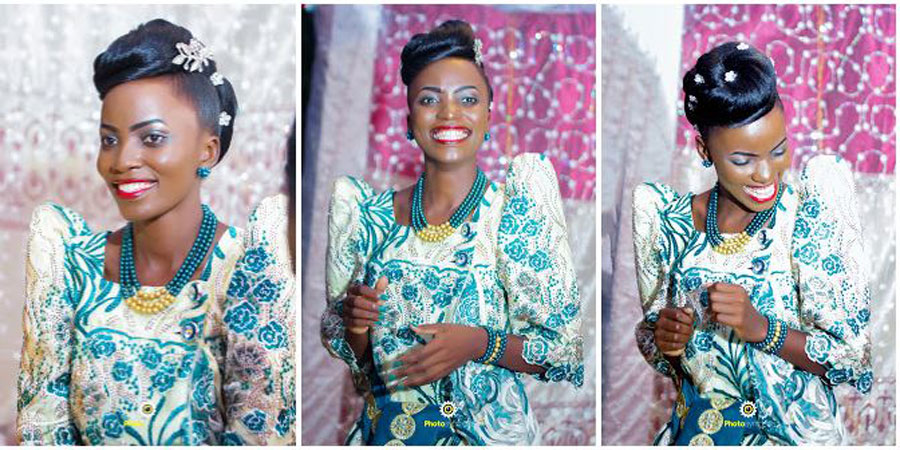 “So, I had to speak to my sweetheart to get a clue on which item will work best as the bride price called Omutwalo in Buganda,” he says.

“I did all the planning with the people I had gone with for the kukyala and on the Introduction day, I loaded the other big items into a small truck and still drove all the way from Jinja alone with other small gifts placed behind my car seats and boot.” Ntende reveals.

But his car ended up breaking down in the middle of Mabira road, so he had to get out, take out the gifts from the boot to get the tools to replace the car tyre. 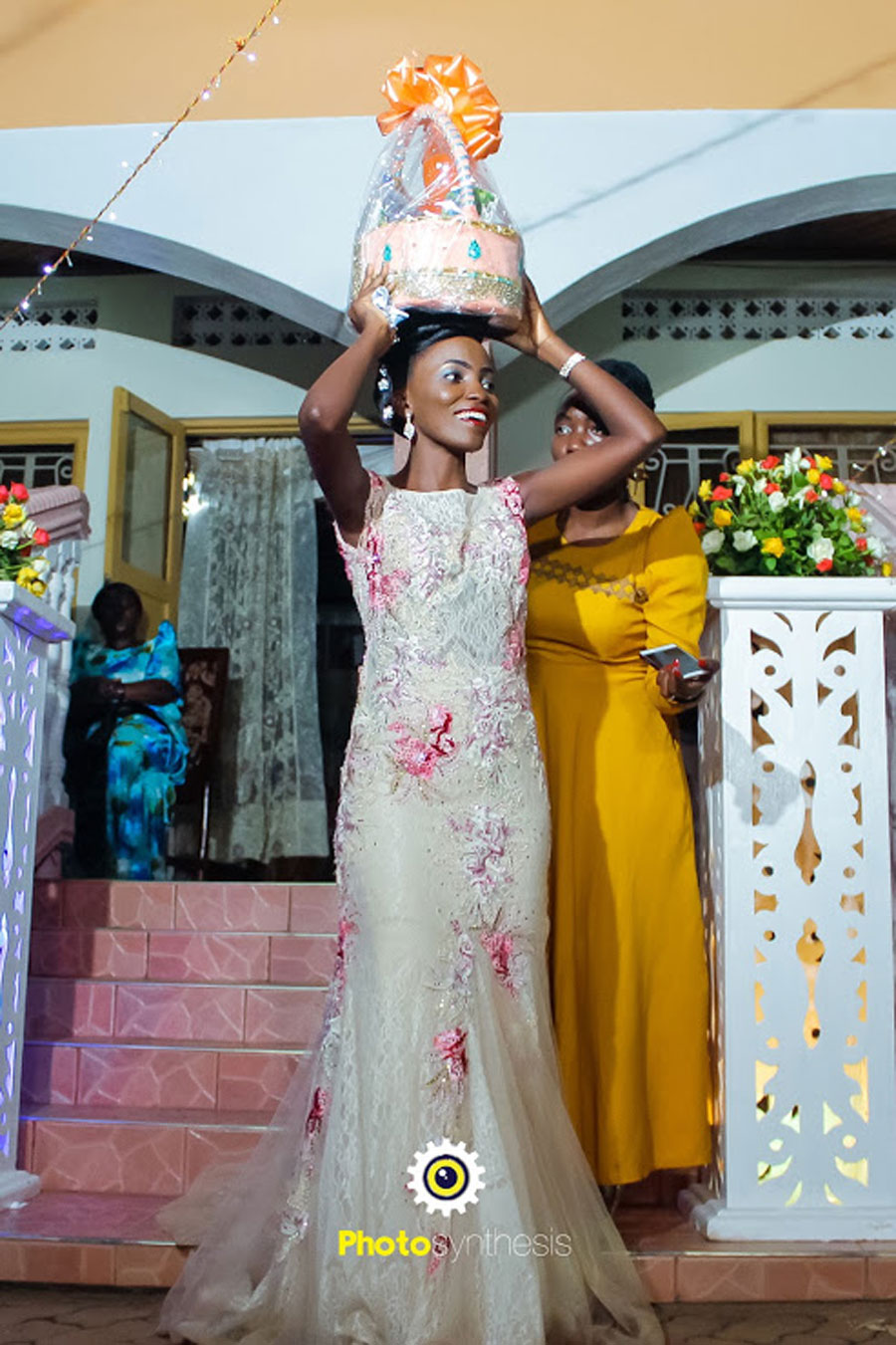 “This is how l delayed my entourage on the road which made us arrive late at 4pm at the function yet we were expected to be there by 2:30pm,” Ntende shares his challenge.

The groom adds that the other challenge was that when he linked up with the rest of the other entourage members, his brother who had taken up the responsibility of hiring a spokesperson didn’t which made us panic a bit. So, in order to amend the mistake, his brother Joshua decided to be the mwogeezi (spokesperson) of the ceremony instead. 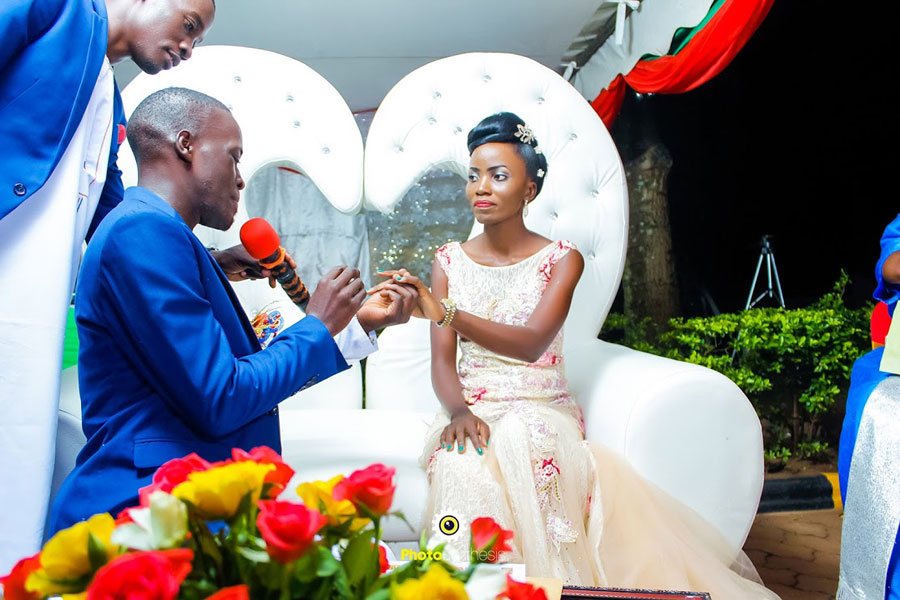 “Also, at kukyala we had agreed that the introduction will be an in-house ceremony but the day before the D-day, when my bride went to spend a night at her home in Makindye, she found that her family had organised a big ceremony within their compound with tents, decorations and big music systems.

When his bride informed him about this change in plans, Ntende decided to keep it a secret from the rest of the crew escorting him. 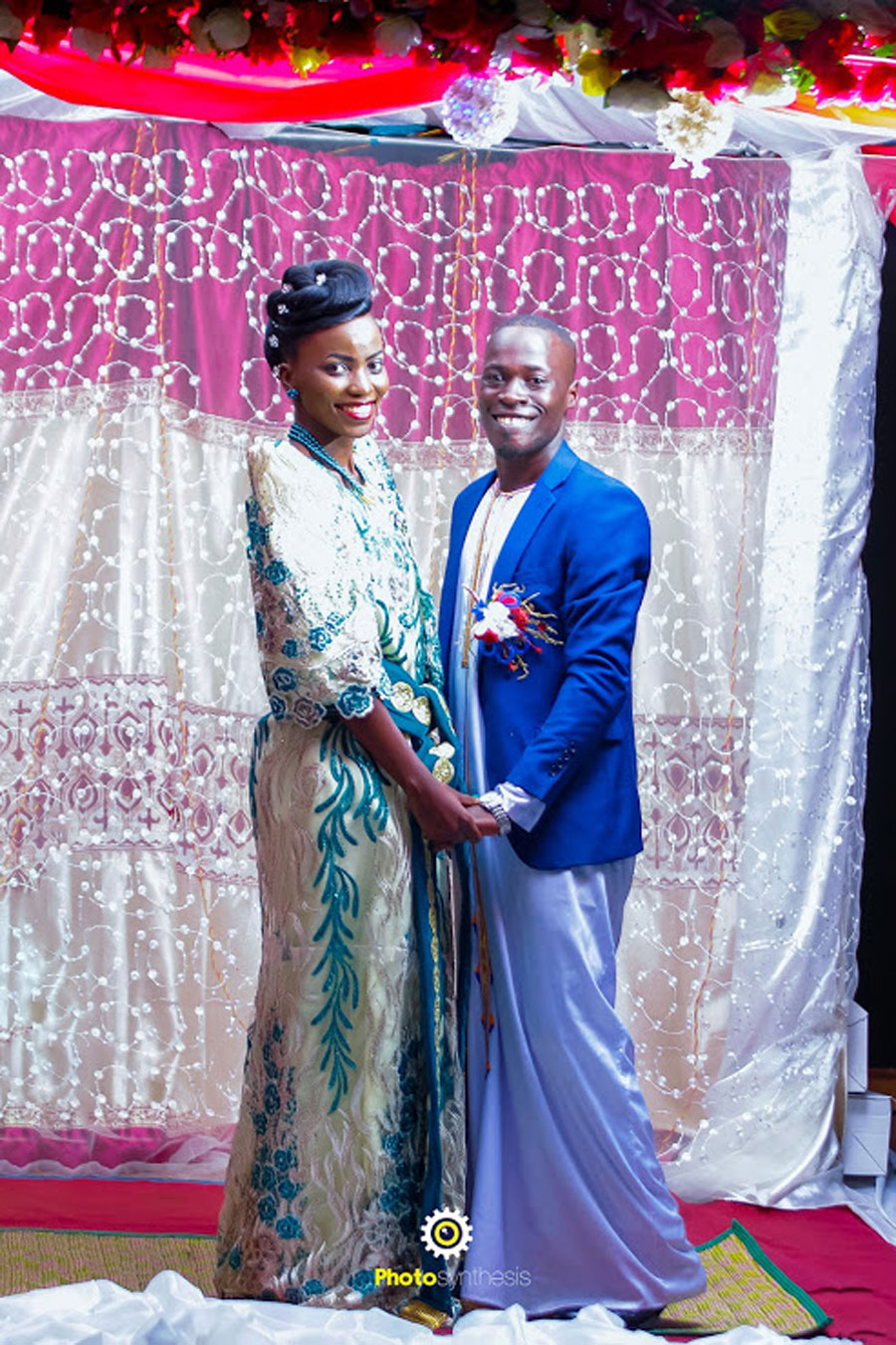 “When we arrived at the ceremony, my entourage was surprised that the function was big yet we were few in number. So, when we sat in our tent, the service providers also came and sat behind us to fill the tables,” he shares.

“Anyway, the function was still successful, my brother managed to co-ordinate everything as a spokesperson and the difference in our tribes did not matter,” Ntende smiles as he shares. ”Since I am a Musoga and Nakiranda is a Muganda our traditional wedding systems are the same with very few differences.” 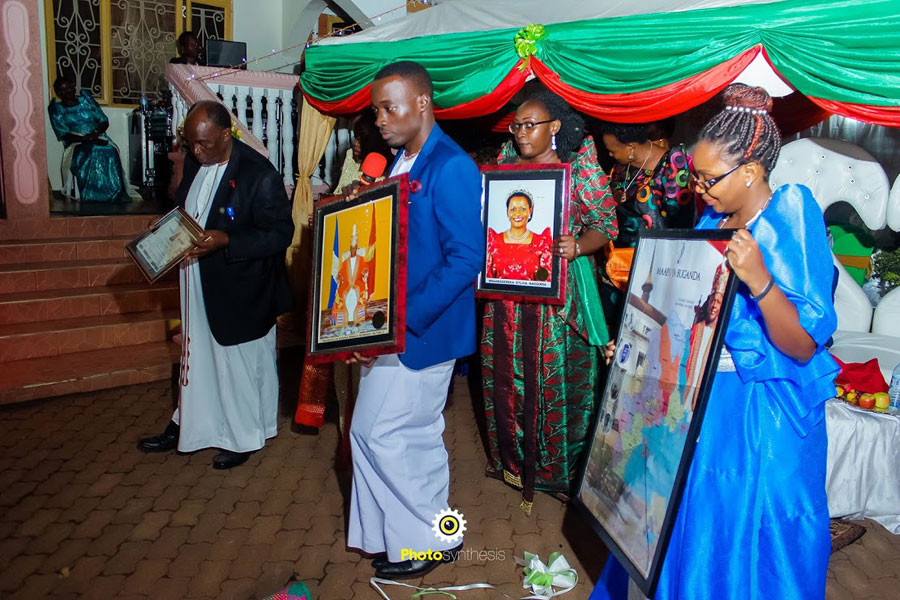 For the mutawalo (bride price) Ntende says he brought a water tank for his father-in-law. He also went to Bulange, Mengo to purchase the needed two Buganda certificates, portraits of the Kabaka and Nnaabagereka, and a map of Buganda Kingdom.

Other items included enkoko y’omuko (the brother-in-law’s cock), ekisambi ky’ente ( shank), suitcases for the mother, aunties, uncles and grandparents and food stuffs in baskets. The groom says he spent roughly a budget of Shs7million on all these items. 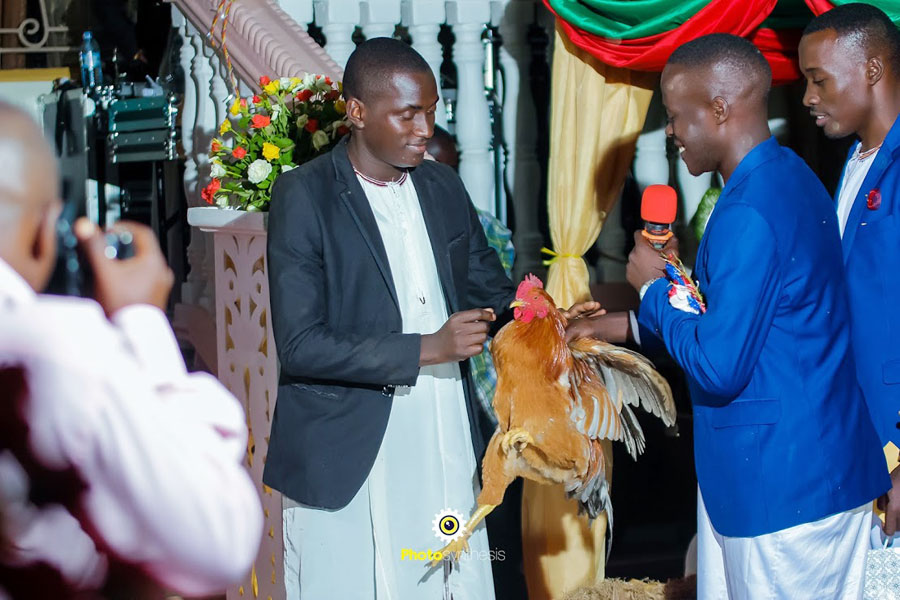 Ntende and Nakiranda are set to walk down the aisle on 28th, June, 2019 at Downtown Watoto Church, along Kampala road. The two were actually attending pre-marital counselling at the church premises during the interview.

The couple dated for one year and 9 months before they decided to make their relationships formal.

Ntende also opens up that for the church wedding, they have settled for a guest list of 50 people and there are no wedding meetings for the ceremony. He says he just approaches a desired guest requesting a set amount of money after which they are given a wedding card.

We shall bring you details of their wedding.