George Bazirake, 72, and Evelyne Nshemereirwe, 69, wedded on October 10, 1970. They celebrated their 50th  anniversary on August 25, 2018. They have seven children, 25 grandchildren and three great grandchildren. They renewed their vows at Nyacyoga Church of Uganda in Kabale District. They share their story with SARAH ASIIMWE and ROLAND BANYENZAKI. 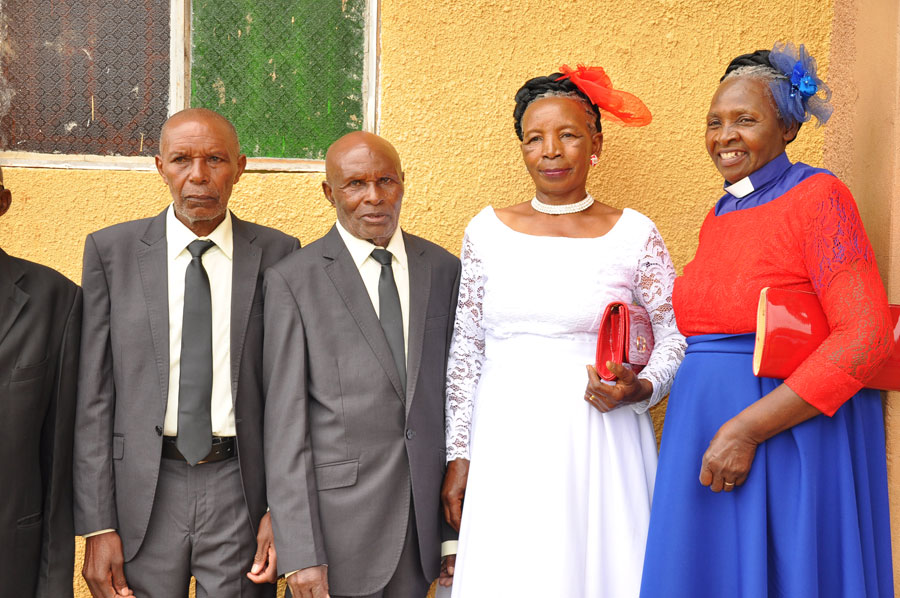 When and how did you first meet?

Evelyne: We first met in December 28, 1969 at a party which was at our home. He sent an emissary, who happened to be his friend and asked to meet me at Kamuganguzi playground in Kabale.
I obliged and the next day we met. He asked for my hand in marriage. Since I had completed school, I asked him to come home and tell my parents about his intentions.

George: I always saw her but I was shy to talk to her. Because she was still young and in school, I could not tell her my intentions. I later learnt that she had completed school. I asked my friend to escort me to her place. When I told her about my love for her, she accepted.

George: I had spent a long time looking for a wife. I liked Evelyne because she was hard working, I would see her going to dig, and I told myself that this is the woman I want.

Eveyne: I liked him because we were almost of the same size. He was working in Kilembe Mines, so I knew he had money too. 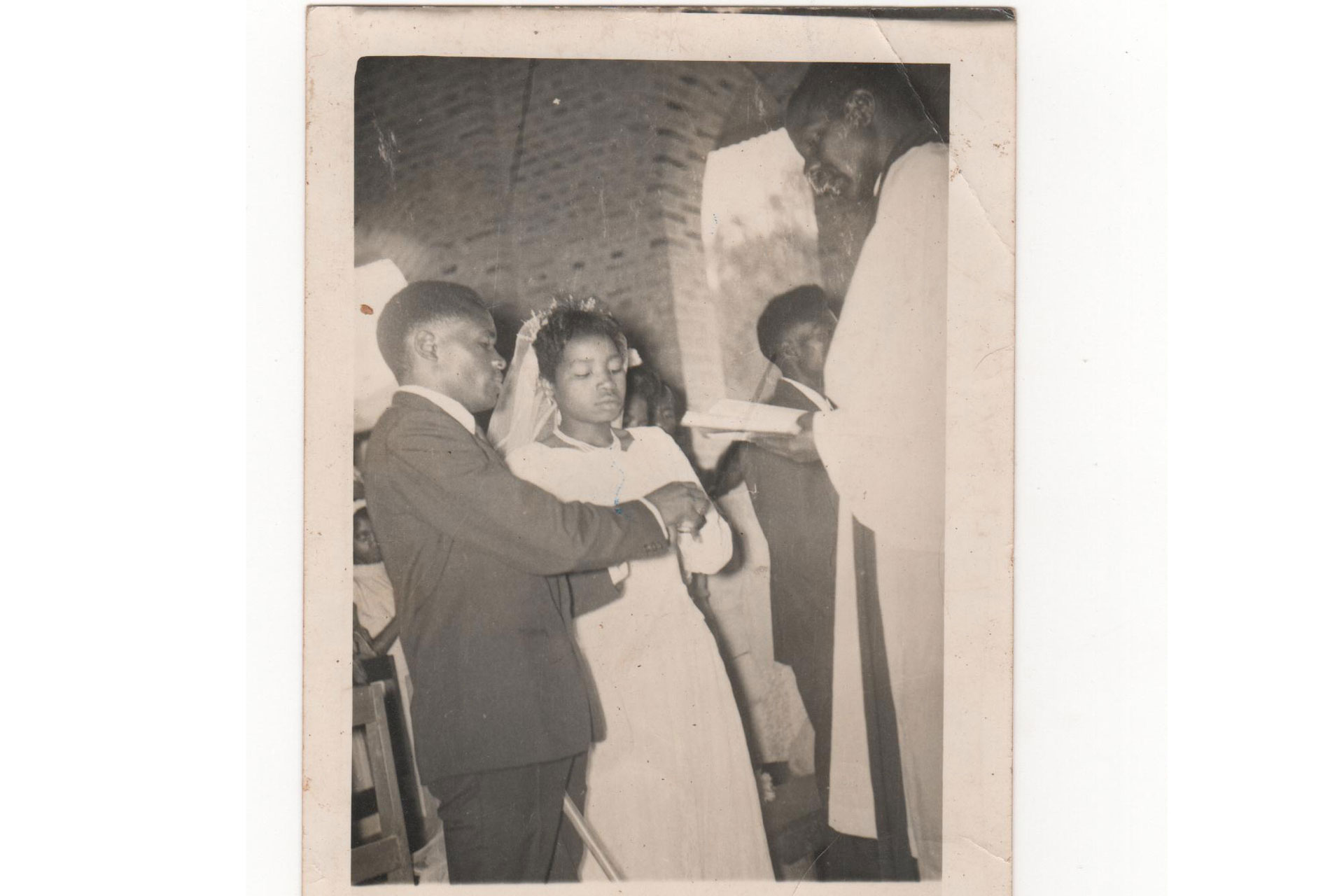 Evelyne: He talked to my parents and they asked him for dowry. It took him 10 months to pay. He came in September 1970 saying he wanted us to wed.

George: I was not from a well off family but I had some savings since I was working. I bought two goats, six bunches of bananas. My mother gave me a sack of sorghum and that was all for the party. I never had meetings or anyone to make for me the budget.

What makes it different from today?

Evelyne:  In our time parents and their children would plan for the party without holding meetings like we do today. It would be up to the groom’s mother to tell a few of her friends and ask them for some help. Except for our anniversary, our children and their friends paid for everything. I only gave them 170kg of sorghum, a sack of sweet potatoes and two sacks of Irish potatoes. 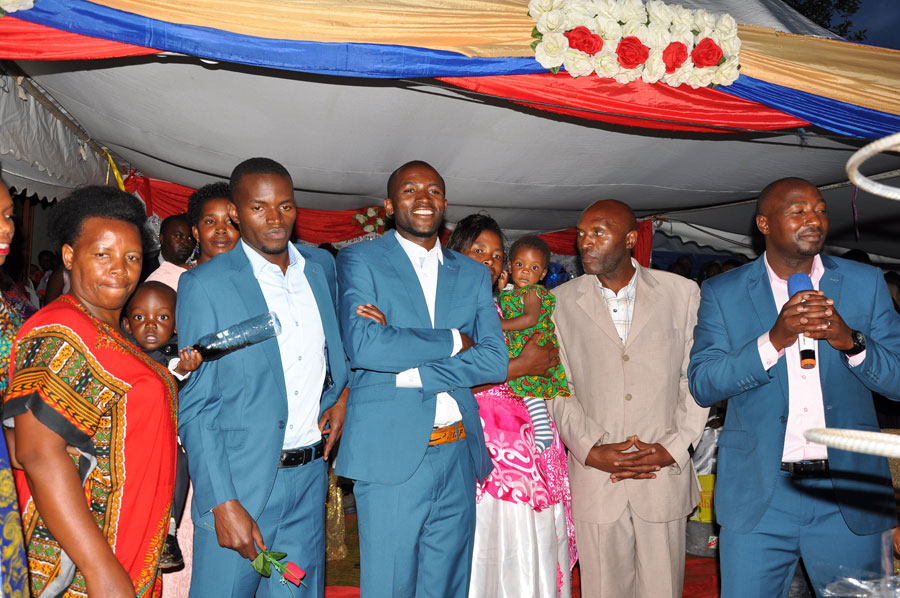 Did you look out for any specific attire?

George: I actually did not buy new attire for the party. I had one suit which I had bought in Kilembe. I wore it for the introduction ceremony and for the wedding. Telalin and shikpo shirts and televil trousers were trending in that time

Evelyne: I wore a cotton dress to my wedding. Any cloth made from cotton was on vogue. I got the material from our shop in town and took it for tailoring.

Any new thing you have learned about your spouse recently?

George: When I married her, she was hard working and strong. We worked together and built a house. She is still the same. In fact she doubles the love every day.

What do you think causes short term marriage today? 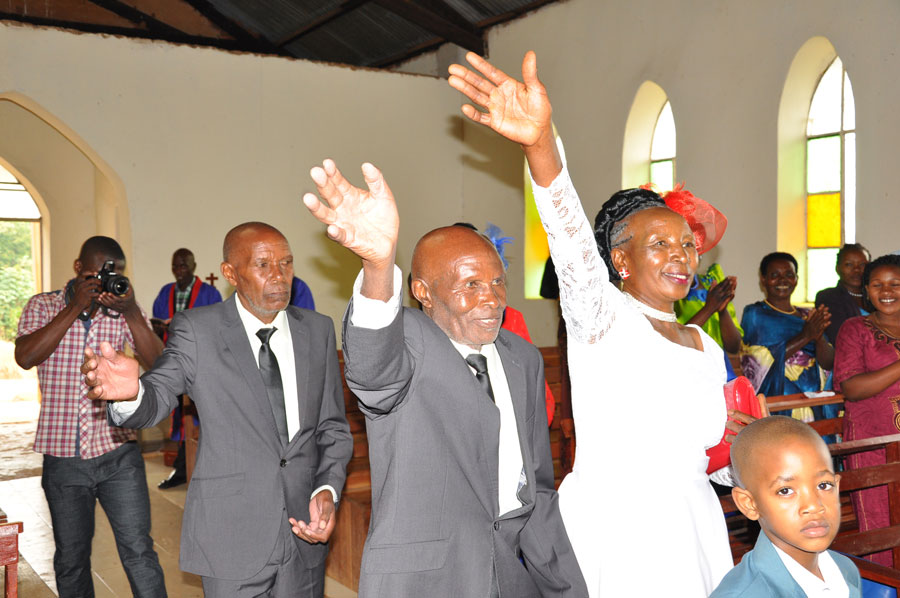 George: Greed; some wives want to have what others have yet they know their husbands cannot afford. It brings misunderstanding which sometimes leads to divorce.

Evelyne:  In some cases a woman does not want to work and her husband forces her to work. Or the man has money but he does not want to give it to his wife some of it yet he expects her to buy food and other necessities.

Evelyne: The most expensive thing in this celebration was food, we spent Shs17 m.

George: Yes, we had to but I managed to only attend one because I was always at work in Kilembe. This was done by our church priest on the morning of our wedding. But in that one session, I learnt to respect my wife and to make sure my communication with her is good.

Evelyn: Yes, from our church by the priest. I attended it with my brother-in-law because my husband was in Kilembe. I learnt to be submissive, listening and look after my family. 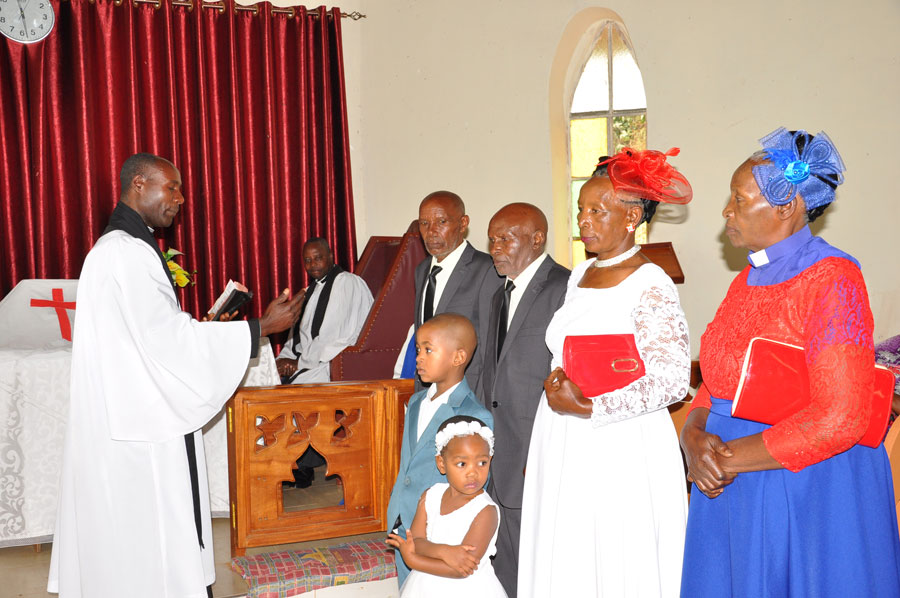 What is your best memory?

Evelyne: When we visited his family together with some of my relatives and we were not given breakfast. Up to now I have never forgotten that day and we always laugh about it. I always ask him why they could not at least boil water for us.

Was honeymoon vital the year you got married?

Evelyn: No, there was no honeymoon in our days. After the wedding, the bride would stay indoors at the husband’s house. In case you wanted to move, you would cover yourself and make sure you do not get in contact with your father-in-law.

What are lessons have you learnt from your marriage?

George: When you are patient you win. I did not know I would reach this far. I felt like a champion when I saw the turn up at our anniversary.

Evelyne: Love and patience have been our greatest lessons in this journey. 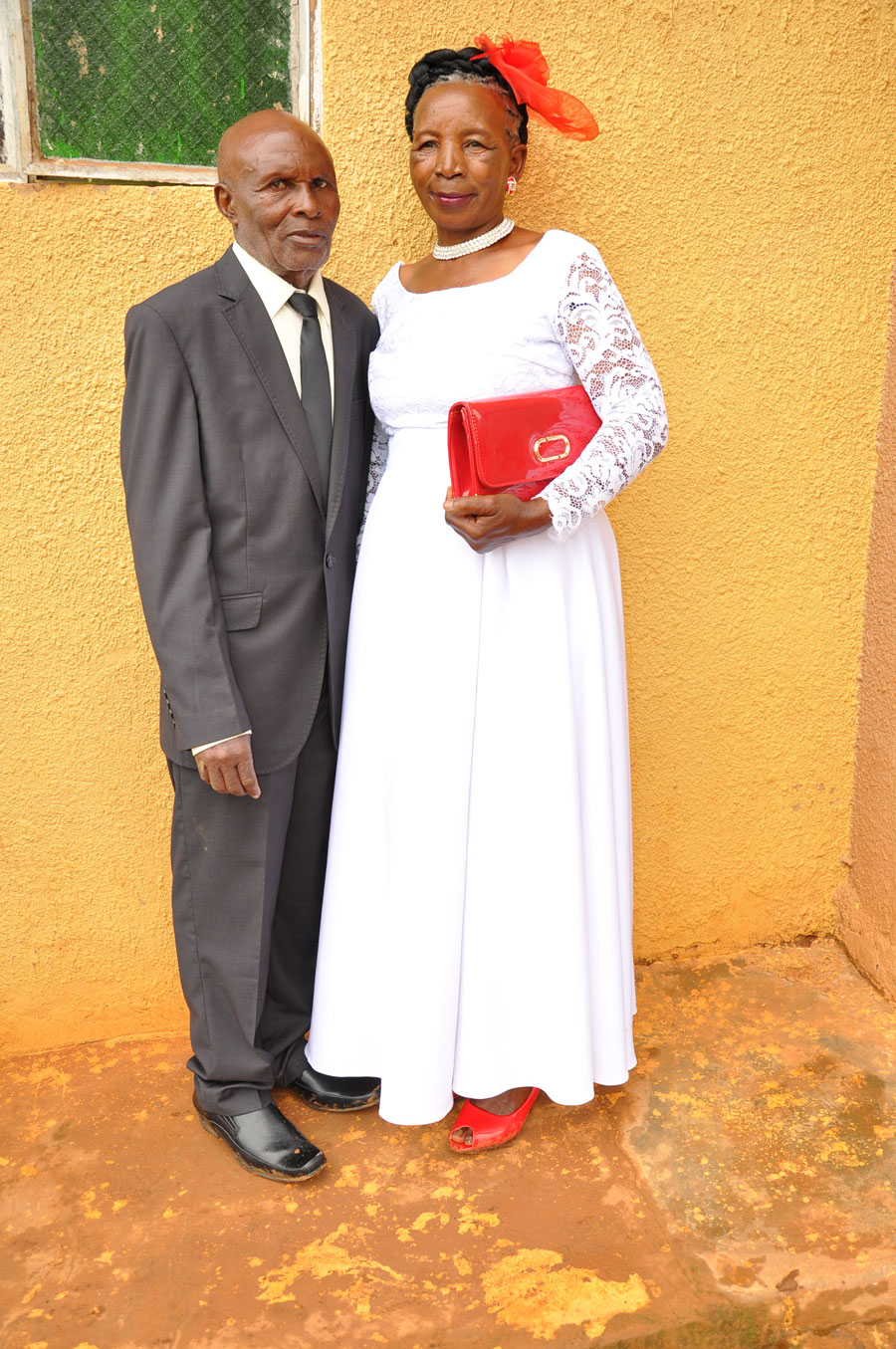 Have you celebrated your other anniversaries together?

Evelyne: No, this was our first anniversary.

What is your advice to those planning on wedding?

Evelyne: Be loving and hardworking  and at least have something before asking friends to contribute to your wedding.

If you could do anything different, what could it be? 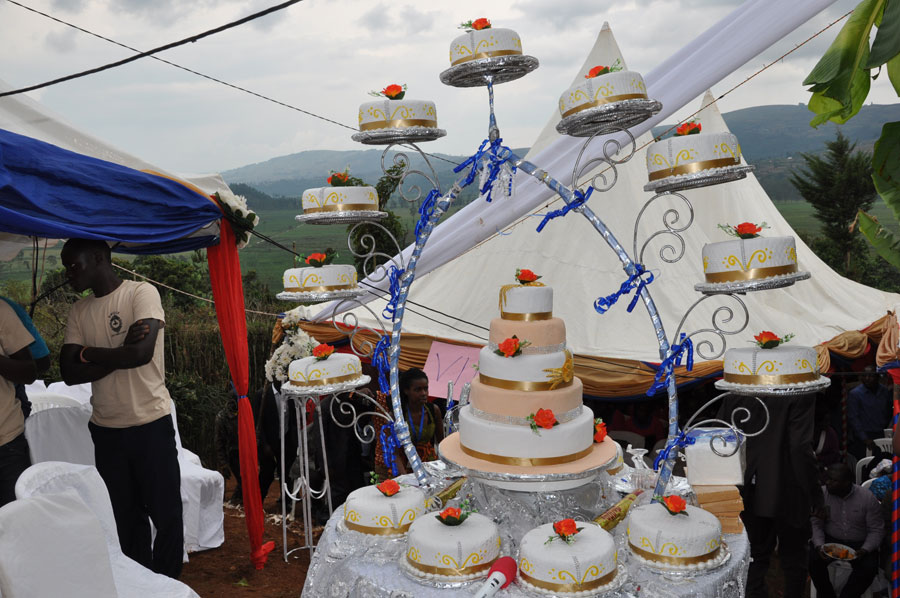 George: I wouldn’t change anything.

What quality has worked wonders?

George: Love, I was sick for a year and she took good care of me without complaining or giving up. She is so helpful, whenever she is going to the field or to do some work, she ensures I have something to eat and returns quickly to prepare for me supper. 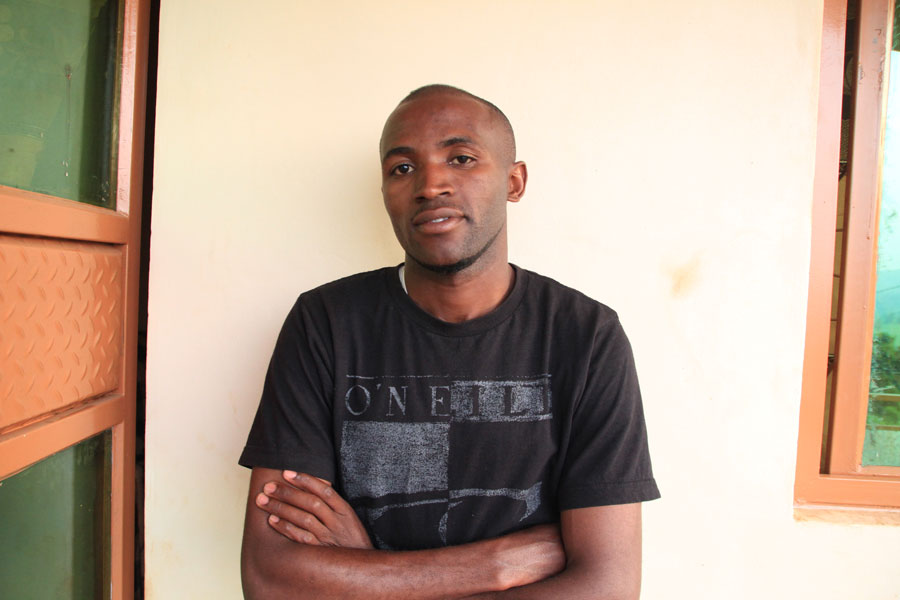 I have learnt patience and hard work from my parents. They work together to make sure their children can go to school. I love their advice. Mum can sit you down and ask you “what do you want from that girl?” They are open and advise us accordingly even in old age. They are jolly. They are my role models.

My parents are well behaved. I grew up not knowing domestic violence. I was nurtured to be intelligent, God-fearing, disciplined and humble. We live an exemplary life and am so proud to say they are so proud of us, their children. I promised to forever be a good example of their making. 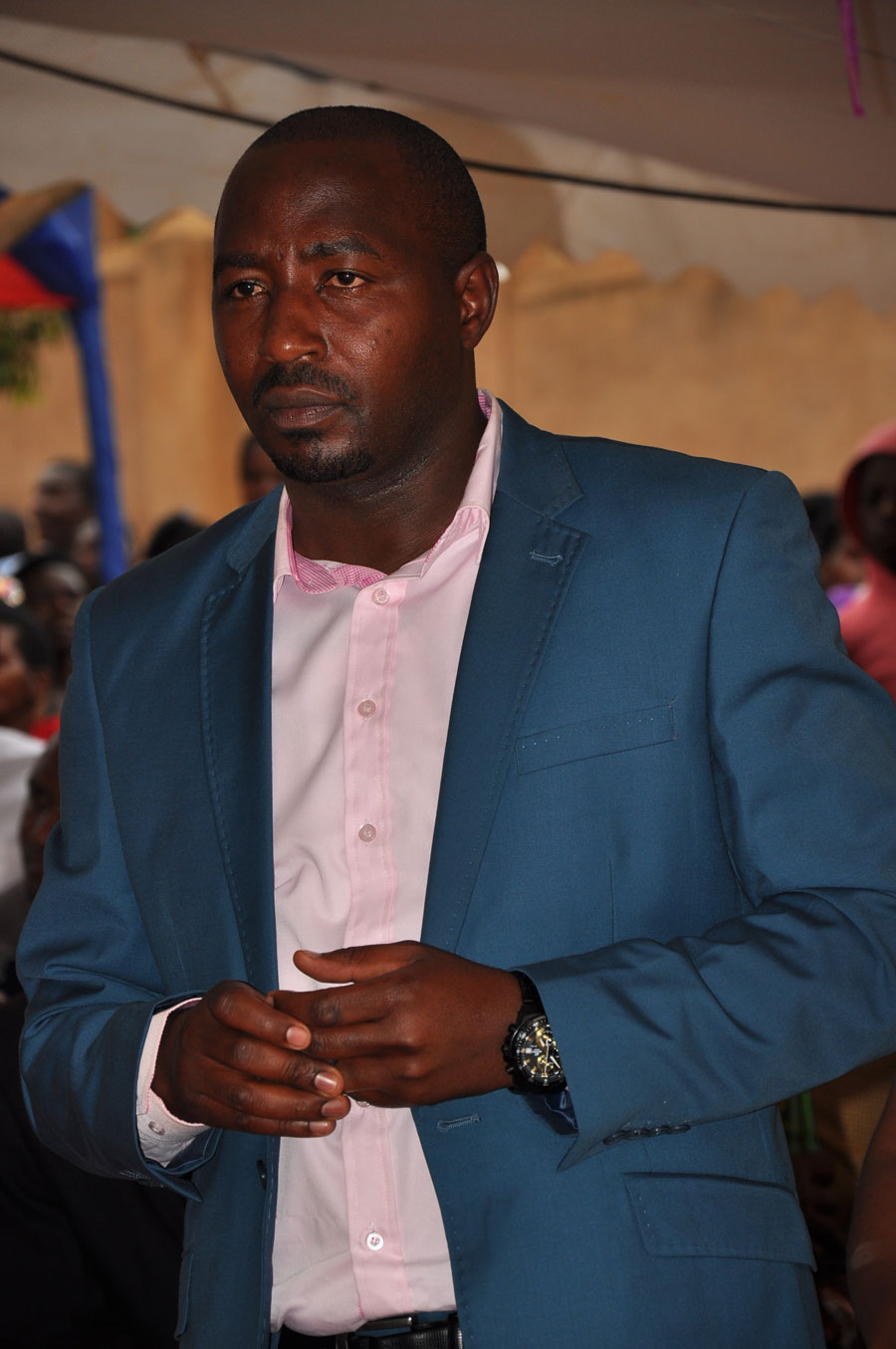 I have learnt to be patient in everything I do because looking at how we grew up from scratch. They were honest and obedient to each other. They made us grow through hard situations in a way that you would find three pieces of sweet potatoes shared among seven kids. I grew up when we had only three pieces of land, but I have seen them work hard and we have more land which we never imagined we could have. I have used these lessons in my marriage too and they have guided me. The care and the counseling they provide to us drives us to love them the more. I decided to fund this party as a reward to my parents for the care, love, protection and counseling they gave me ever since I was born. It was also a thanksgiving and I also baptized my daughter on this same day to make memories.

Being a 7 time maid ushered me into the bridal business