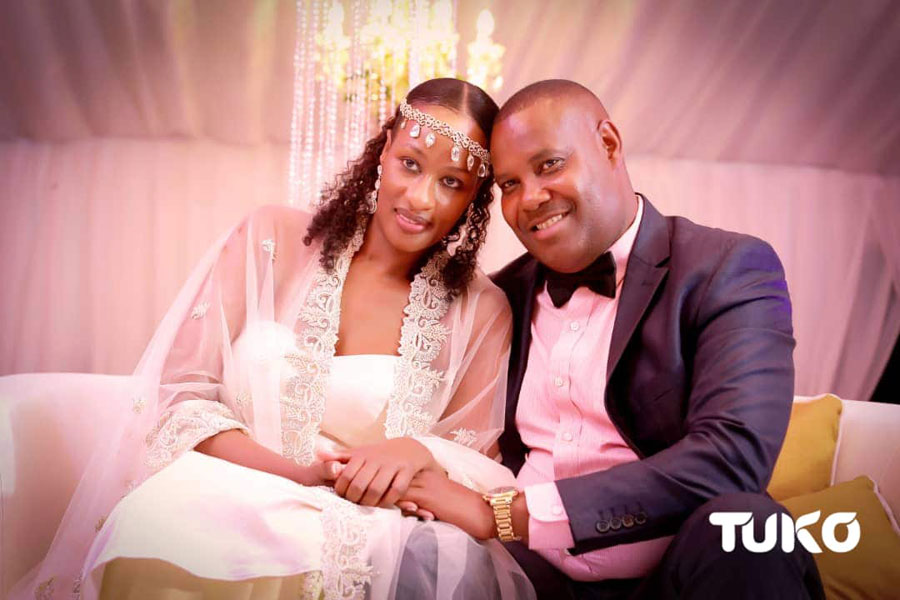 Last week on Saturday, Members of Parliament, ministers, army generals, and ambassadors, flocked Mbarara to witness the traditional wedding of President Museveni’s niece, Rosette Barungi. Many cars marked with Kenyan number plates were seen snaking their way to the ceremony. This was because Barungi’s fiancé is Kenyan tycoon, William Mugambi, the director of BetIn Kenya. The ceremony took place in Rubaya Sub county, Kashaari county.

Since the President could not attend, his son, Muhoozi Kainerugaba represented him and gave a speech on his behalf.

Barungi, whose father, Ephraim Rwakanengyere was a former police officer who passed on in 2014, looked simple but elegant in her traditional lace suuka and top, plus a satin gold skirt. 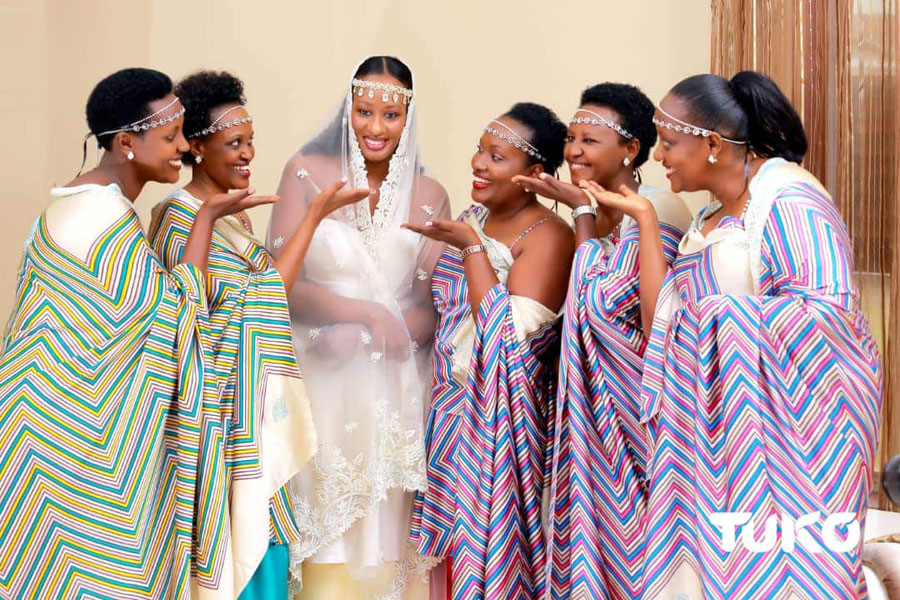 Mugambi settled for an elegant and stylish bow tie suit.

As per the Ankole culture, during the kuhingira ceremony, the bride’s family has to send their daughter with something to help her make a start in her new marriage.

Muhoozi presented his father’s package of gifts said to be KShs10 million, (about Shs370 million).

According to website, tuko.co.ke, Muhoozi also delivered his father’s message to the couple where he said, “You are in our prayers and we know you will build a successful family and build a successful future because the foundation that you are from has shown us what you can be.”

The groom revealed to the same website that he met his bride in the United Kingdom and they have known each other for close to 20 years.

Mugambi said, “I was in London where I was working while she had just finished her studies. We went on to live in the United Kingdom. We are blessed with three beautiful daughters and she is my best friend.”

Muhoozi who was recently promoted to the rank of Lieutenant General, the second highest army rank in Uganda wished the couple success as they built a happy,strong marriage.

How to decorate big wedding venues

The Mayende’s walked down the aisle after 18 years apart

Dealing with money drain in your wedding budget