Arnold Schwarzenegger known for acting in American action movies was a proud father on Saturday, 8th June, 2019 as he walked down the aisle his eldest child, Katherine Schwarzenegger who he had with former wife, Maria Shriver, a broadcast journalist. Katherine tied the knot with 39-year-old actor, Chris Pratt.

The 29-year-old movie star’s daughter is known for being an author of books such as the popular, Rock What You’ve Got: Secrets to Loving Your Inner and Outer Beauty from Someone Who’s Been There and Back, while her husband has featured in successful movies like Jurassic World and Guardians of the Galaxy.

The outdoor ceremony took place at a luxurious resort called San Ysidro Ranch in California in an intimate function of close family members and friends. 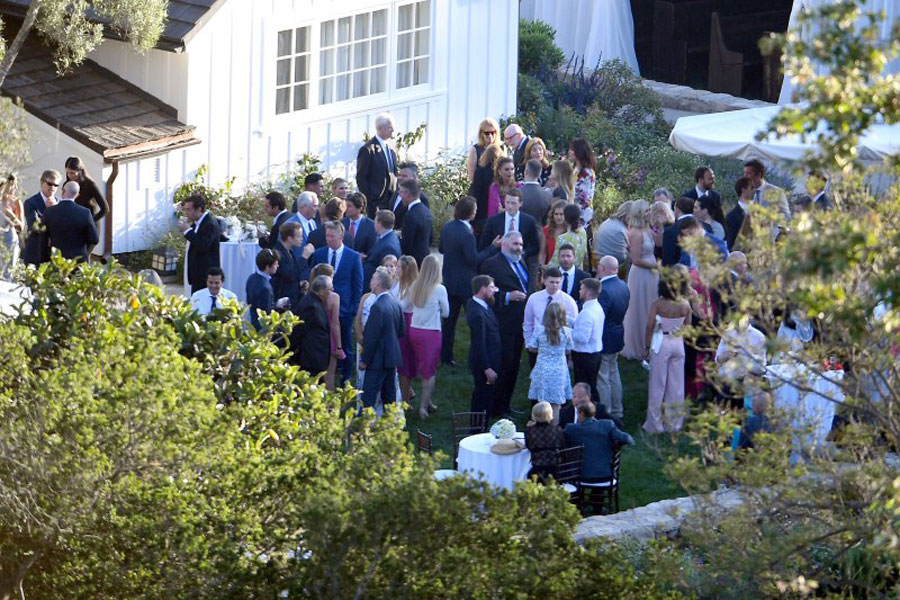 The bride looked angelic in a strapless white sheath bridal gown with a long veil train while the groom was elegant in a dark suit with a classic grey tie all designed by iconic Italian designer, Giorgio Armani.

Chris Pratt had to go to his Instagram page and express his gratitude for the amazing work of the designer and he wrote,” We are grateful to Giorgio Armani, who created a once in a lifetime dress for Katherine to wear, and for me the perfect suit.” 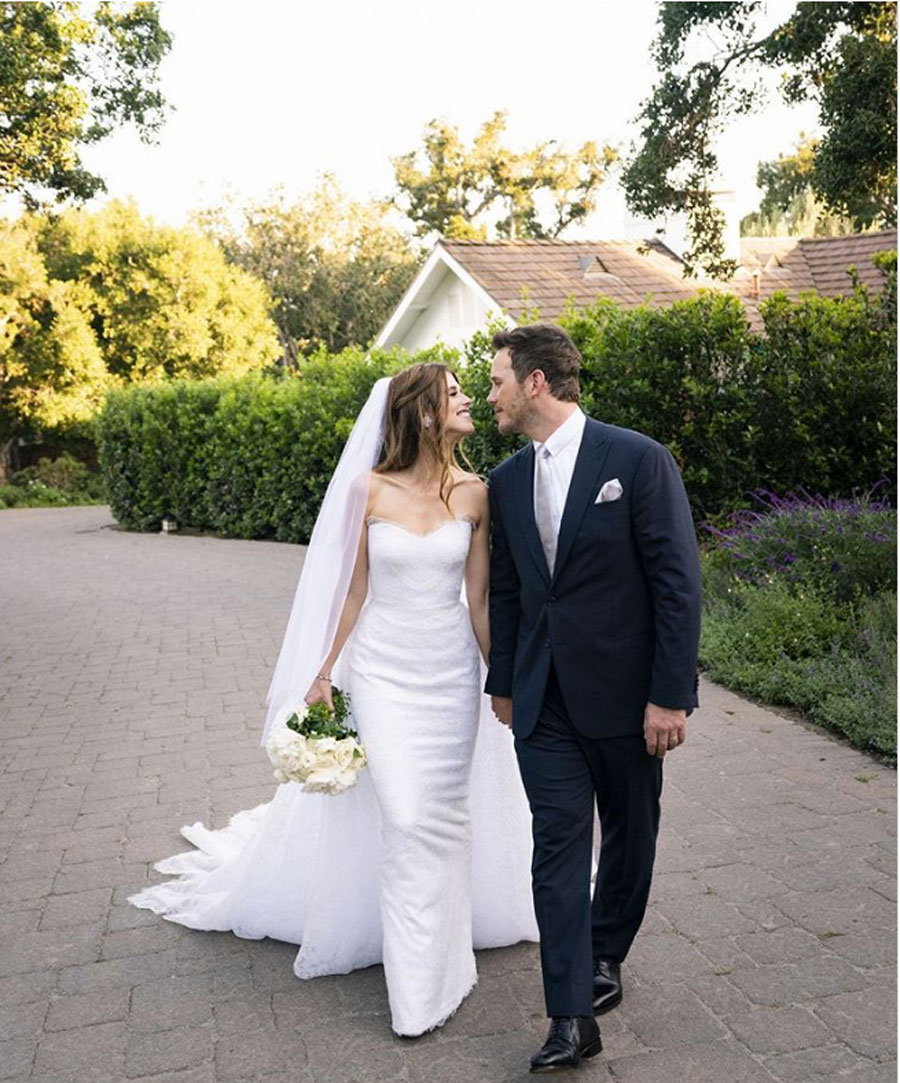 Mrs Pratt’s bridesmaids accompanied her in pale rose-colored dresses and the unique thing about the ceremony was that the entourage was shielded with black umbrellas from the scorching sun as they arrived at the venue.

According to an American online website called Radar Celebrity News, the reception food included fresh vegetables and fruits like blueberries, raspberries and red currants that showcased the couple’s vegetarian taste.

The day after the ceremony, the couple took to their Instagram pages to announce their new status and it read,” Yesterday was the best day of our lives, we became husband and wife in front of God, our families and those we love.” 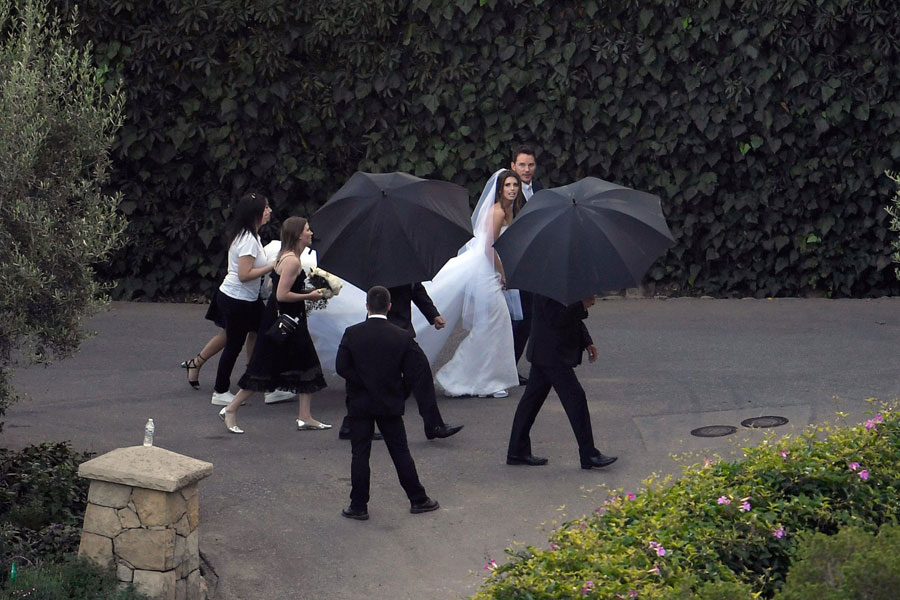 It was amazing that the couple in the message on their different pages used the exact same words as they expressed how they felt at the ceremony.

They wrote,”It was intimate, moving and emotional. We feel so blessed to begin this new chapter of our lives. We are so thankful to our families and friends who stood with us.”

The newly wedded couple announced their engagement in January this year after seven months of dating. 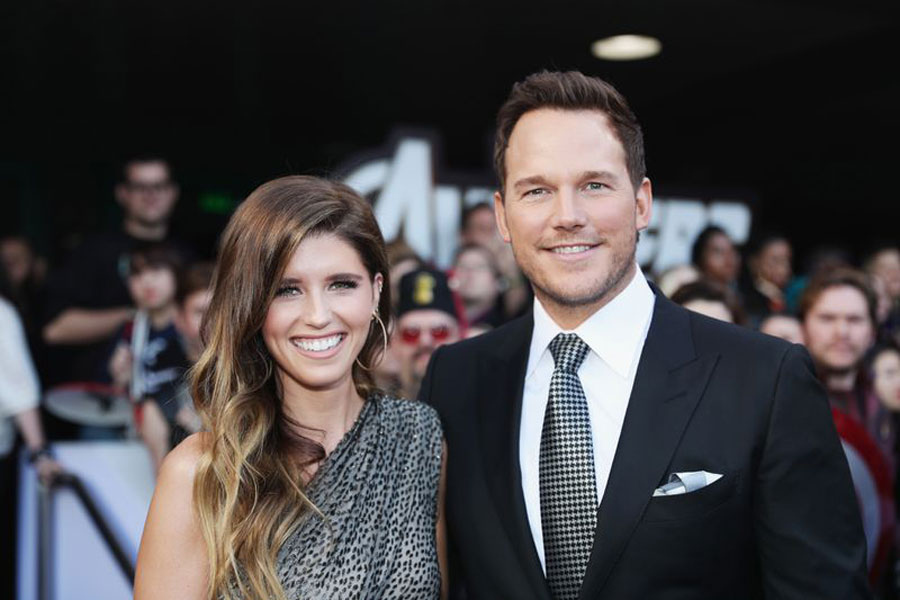 Journalist married magistrate in whose court he used to report