A groom, Flavio Gonçalvez, 31, has been left in grief after his pregnant wife died from a stroke minutes before arriving for their wedding ceremony last Sunday in Sao Paulo, Brazil. Luckily, the doctors managed to save the baby’s life.

According to The Sun, an online website, Jessica Guedes, 30, a nurse, was six months pregnant in perfect condition until out of the blue she started complaining of dizziness and pain in the neck. This was in the limo on her way to the church ceremony. 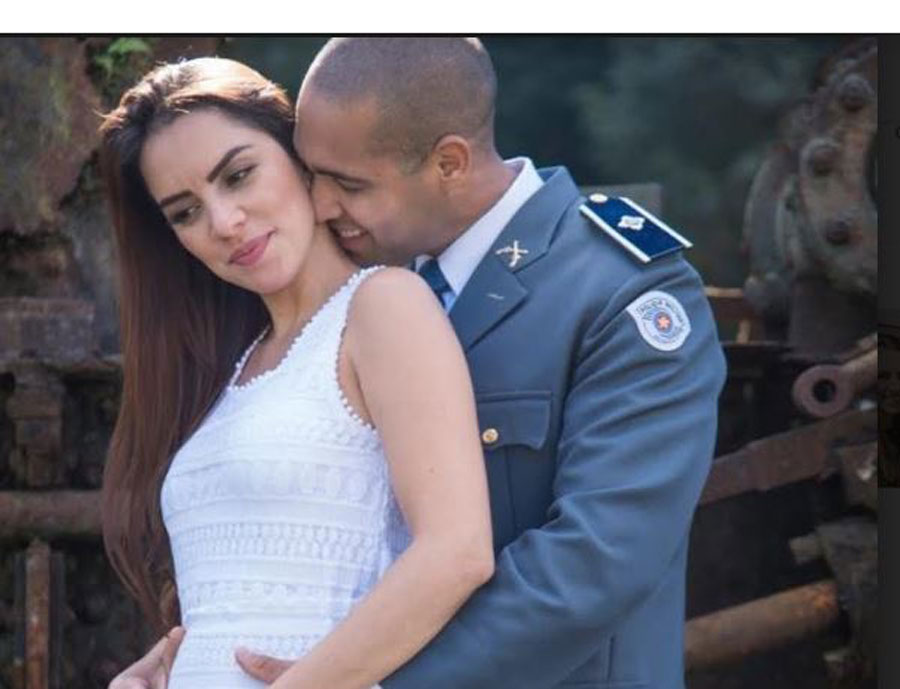 It is reported that the family did not take it seriously thinking the pregnant bride was just suffering from anxiety due to the wedding event like most brides do.

They drove to the venue but the bride had already passed out by the time they reached.

Her husband-to-be was already waiting at the altar, and he started becoming worried when the bride took too long to arrive.

In another interview with Brazilian Crescer Magazine, the groom said: “I was worried because I was waiting for her at the altar and she was taking ages to come in.

He added, “A cousin of hers ran down the carpet and told me that she had passed out.

The firefighter rushed out of the venue, only to find his wife-to-be lying down. However, she regained some consciousness to talk to him.

Goncalvez says he told to her, “Baby, I’m here.” Guedes replied that everything was fine, but that she had a severe pain in the back of her neck. 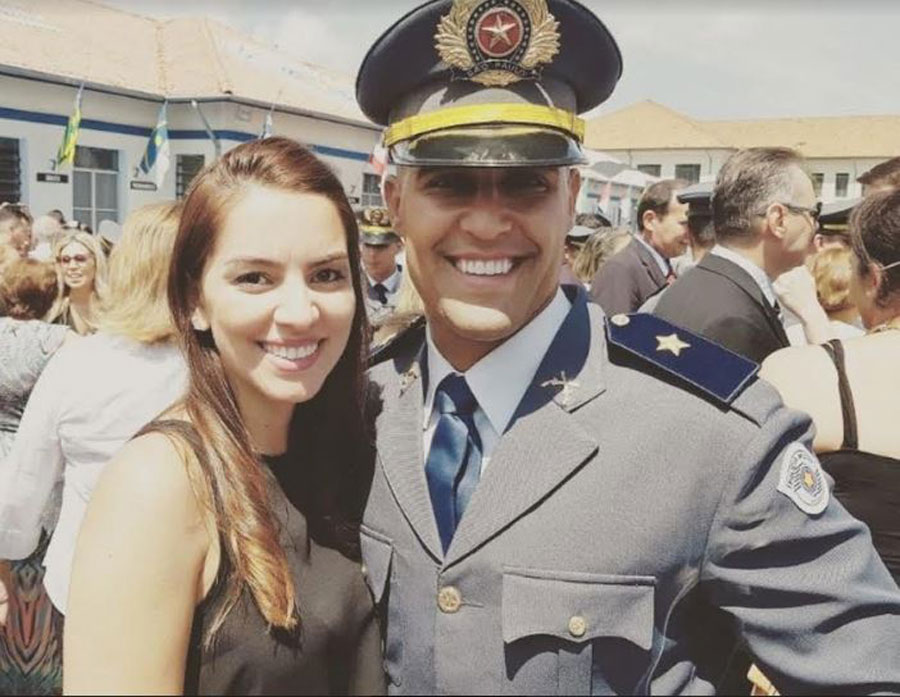 Using his firefighting rescue skills, he says he took her out of the limo, started first aid and asked for help from his firefighter friends who were there as guests.

The patient was thereafter taken to a state maternity hospital in central São Paulo. However, due to the seriousness of the case, she was transferred to the private Pro Matre Paulista Maternity Hospital.

The doctors found out that the pregnant bride was suffering from the pre-eclampsia which causes high blood pressure and significant amounts of protein in the urine meaning red blood cells break down and eventually leads to seizures and liver and kidney failure.

The medical team at the private hospital had to perform an emergency cesarean section to save the baby’s life and the mum. Unfortunately, she was later declared dead after the operation.

The doctors explained to the family that Pre-eclampsia is a condition which can go unnoticed in pregnant women or those who have just given birth.

The deceased’s family was left in shock as one relative said, “Guede was attending prenatal care, had no high blood pressure during her pregnancy and was healthy, doing physical activity and eating well.” 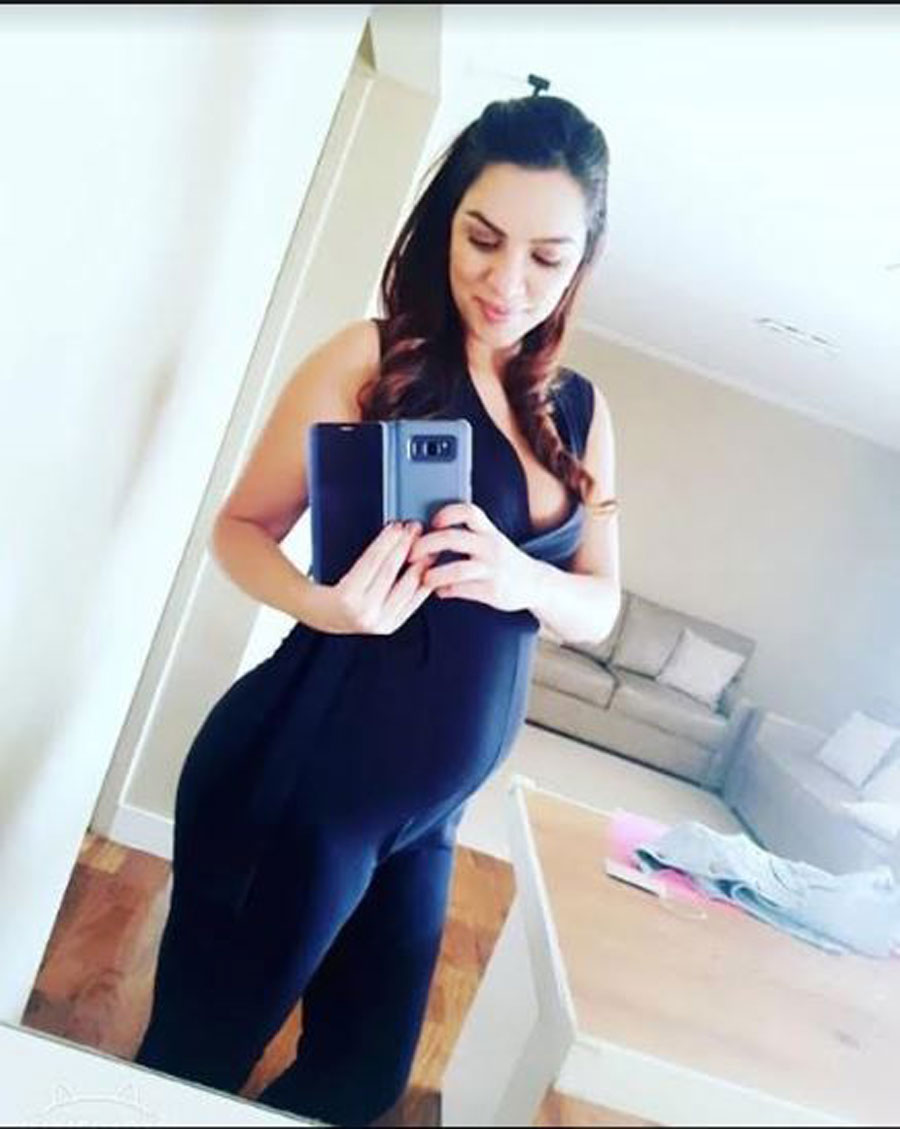 The motherless baby girl named Sophia was born weighing 930 grams and 34 centimeters and is likely to be in neonatal intensive care unit for at least two months since she is still premature.

The entourage managed to capture a video of the last moments of the bride happily waving to the camera in her gown on the wedding ceremony not knowing it was her last goodbyes. 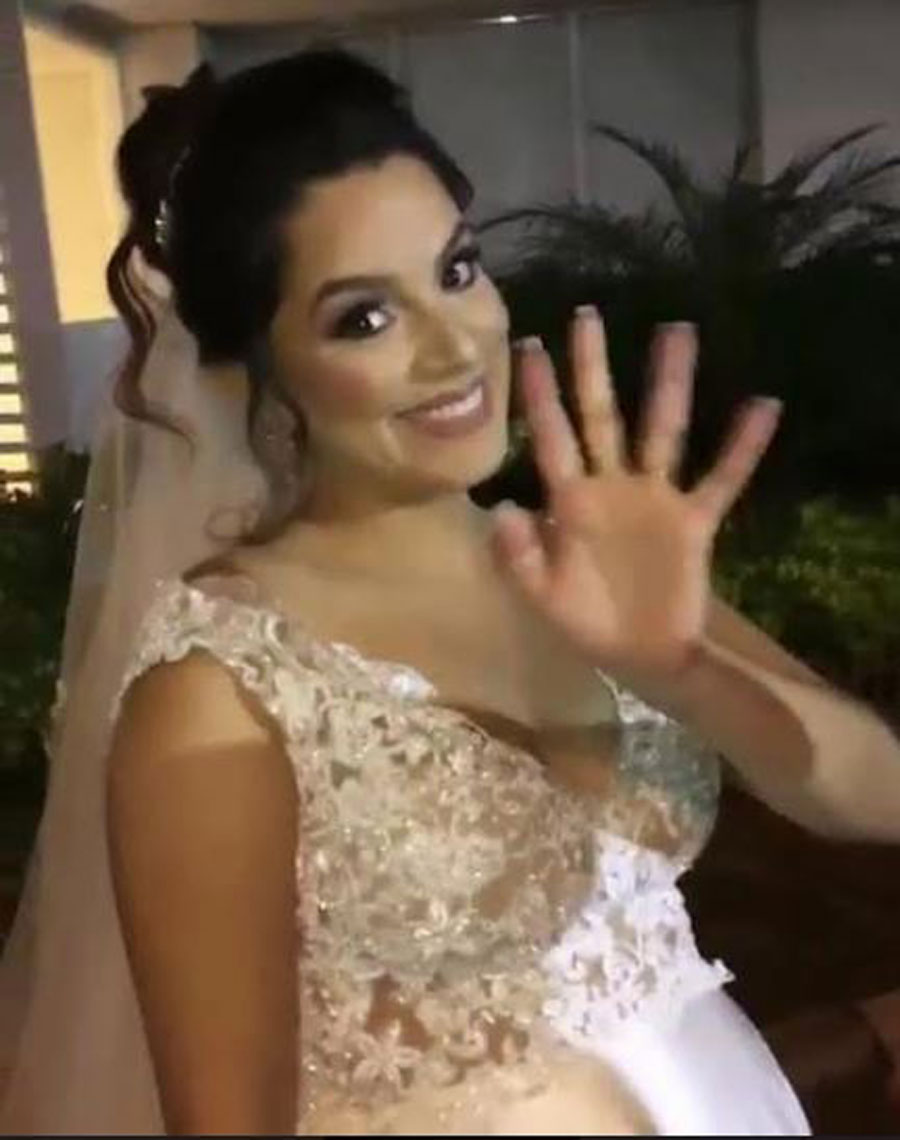 Other images were taken after the birth of the 29 weeks old baby who responded to her father’s voice by opening her eyes, turning to look at him and seemingly reaching for him with an outstretched hand that creeps out from underneath the covers. 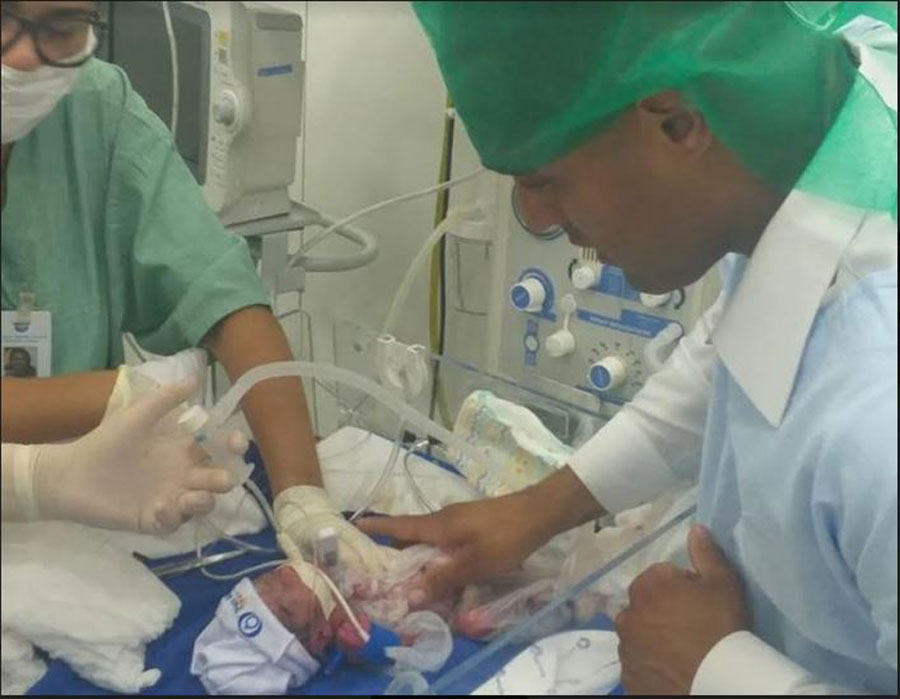 The grieved father said, “I still can’t believe this has happened. It seems like I’m in a sad movie, and you cry, cry, cry, but leave the movie theatre knowing it was just a movie,” he says adding, “However, in my case, the movie will never be over, and the suffering will go on forever.”

Goncalvez said his late fiancée was a really cheerful person who loved life, an enlightened and strong being of light.

“I was so looking forward to becoming her husband and becoming a father. I will be strong and I will not weaken in the face of adversity,” Goncalvez bravely revealed.

“The love of my life taught me how to respect and treat a woman well so that I could learn how to take care of our daughter,” he added. 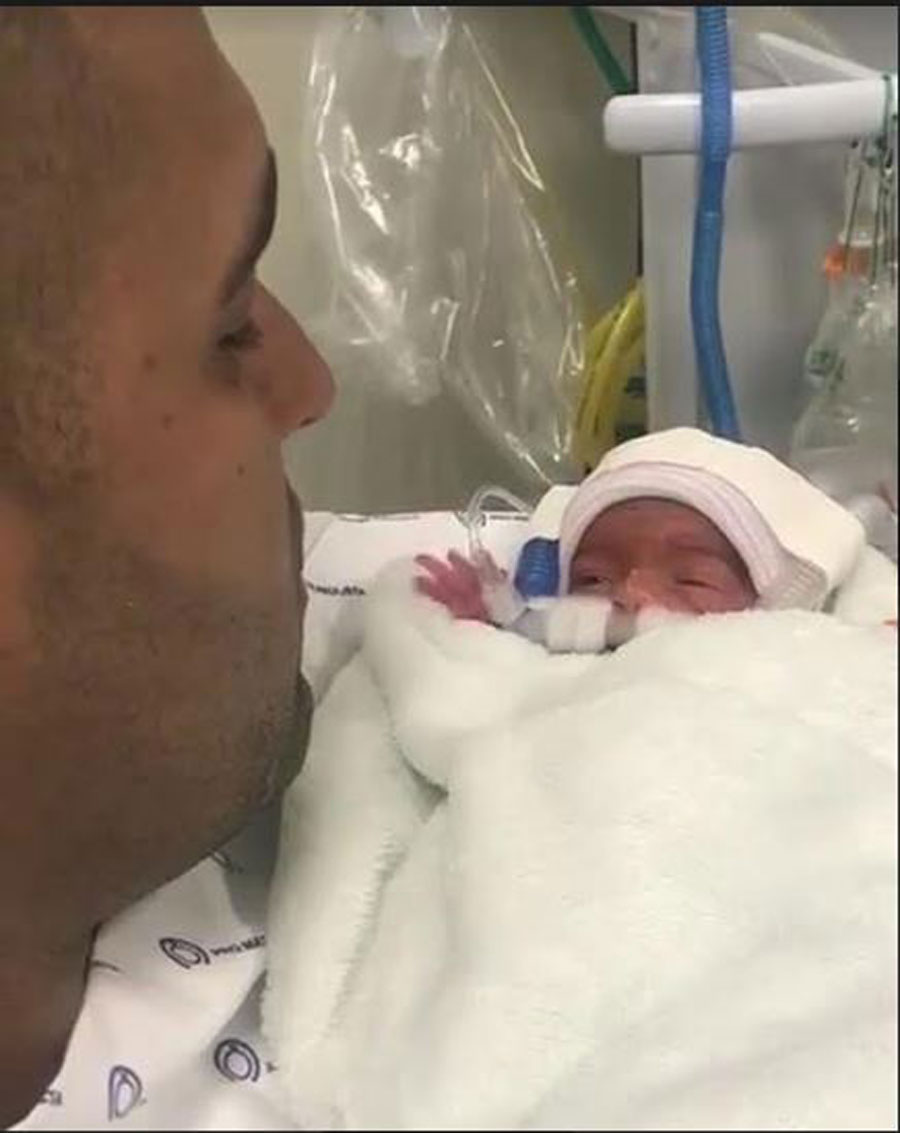 Luckily, within a couple of days, a group of his friends set up an online kitty, colleagues from the military police helped raise more than the £20,000 (Shs 9,167,409) needed to cover the medical expenses.

The family decided to respect the deceased last request to donate her organs and she was buried yesterday following the release of her body.