Buganda Prime Minister Charles Peter Mayiga came out on Twitter yesterday to ridicule some ‘standards’ that the men have set for the traditional kwanjula ceremony, most especially, the act of changing their attires during the introduction ceremony. 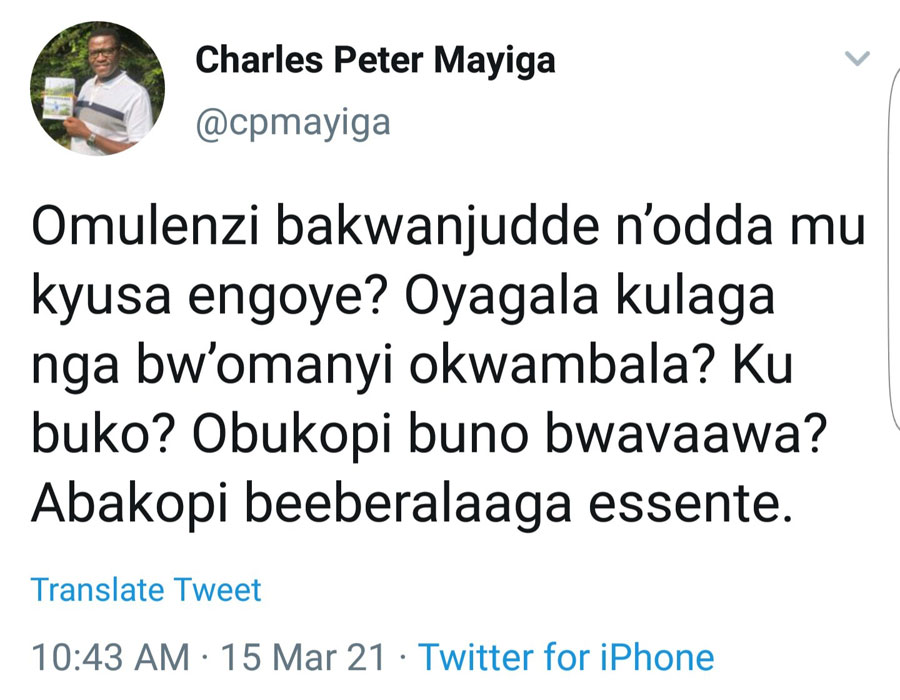 This loosely translates as, “ You are being introduced as the man and you are changing clothes?”

Are you trying to show your in-laws how well you can dress?

Where did you get this uncultured behaviour come from?

It is un-refined people that try to project an unwarranted show of wealth.”

This translates as, “Can you go to the mosque in sleeveless clothes? In the same spirit, know that a kwanjula has traditions it follows.”

At-home wedding reception? Here is what to know

At-home wedding reception? Here is what to know