Once married, we had to get our finances in order

At just 23, Steven Ggolooba married Monica Kemigisa on November 22, 2014. Looking back, only God’s grace made it possible because his parents insisted he was too young. “Monica was also still a student but I was determined to make her my wife. So, we had our introduction on October 19, 2014,” Steven says.

Monica says besides Steven’s meagre savings, the church was and still is a big support to their marriage. “They took us in, counselled us on marital and spiritual matters and also gave us financial support that made our wedding a possibility,” Monica shares.

Steven and Monica met in 2009 at Victory City Church, Rubaga. Monica was a Senior Four student at Lubiri Secondary School while Steven was in Senior Five. She had joined the church as a singer, while Steven was a pianist. However, nothing materialised from that meeting until 2012 when Monica was at Makerere University Business School, pursuing her first degree.

Steven had been drawn by the fact that she was and still is a prayerful woman. “She has always trusted God, even in times when you see no hope. She is so compassionate, with a strong character and does things in ways I cannot expect her to,” Steven says, adding that Monica also had the ability to make him laugh when no one else could.  “When I met Monica, I was going through a lot and I felt lonely. She taught me to pray and always encouraged me to press on.  She always made me feel special,” Steven adds. 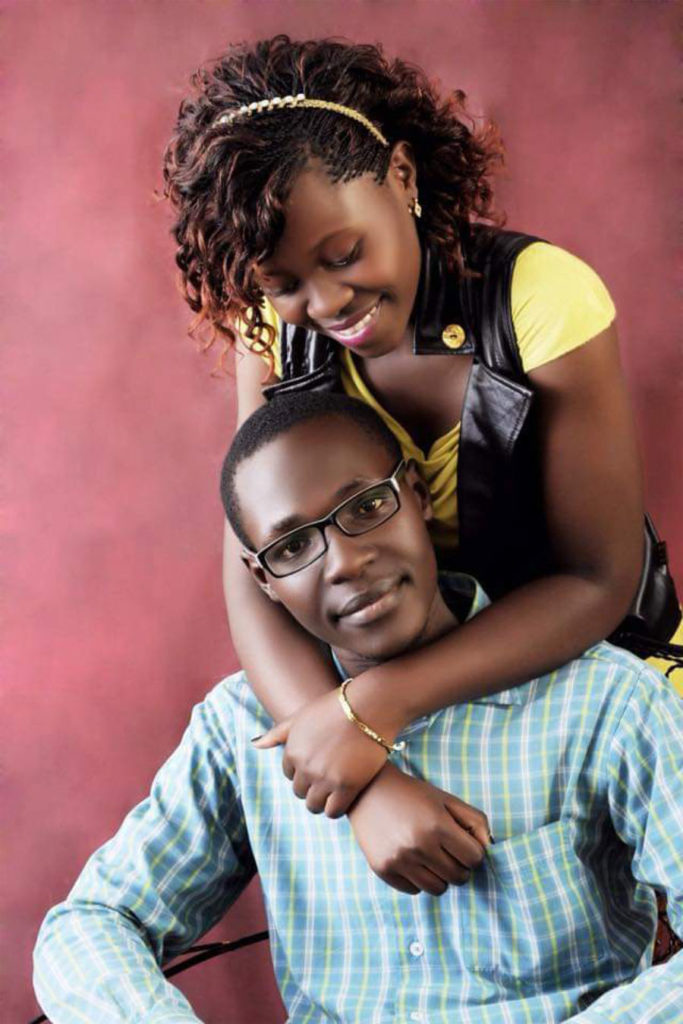 On the other hand, Monica loved the passion with which he did everything. “Be it work, church or family, Steven gave 110 per cent. It gives me comfort, knowing he is reliable,” she says.

With tight schedules, you would think making time for this budding relationship was an uphill task. However, they spent most of the available time getting to know each other. “I would visit her family and she would visit mine because we knew they would become a huge part of  our lives when we eventually got married,” Steven says.

They also took time to understand each other’s life goals. “For example, when Monica told me she wanted to go to a good university, we worked towards saving money for her tuition. To build a stronger bond, they purposed to go on a date every Sunday evening regardless of whether they had money or not.   They also involved as many elders as they could, including their pastors and parents for guidance.

Steven and Monica say their first year of marriage was much longer for them because there was a lot of learning to do. “I had a number of friends, most of them women whom I interacted with closely but as a married man, this needed to stop,” Steven says. Click to read more…