Over the weekend, Barry Muloni, the son to Bulambuli District Woman MP and former Minister of Energy- Irene Muloni, walked his wife, Tisha Mpereize, down the aisle of Uganda Martyrs Basilica, Munyonyo. Tisha is daughter to James and Eseza Byentaro.

The union of Barry and Tisha gathered a couple of well wishes from dignitaries who were in attendance including Speaker of Parliament, Jacob Oulanyah who expressed his delight in attending the ceremony. 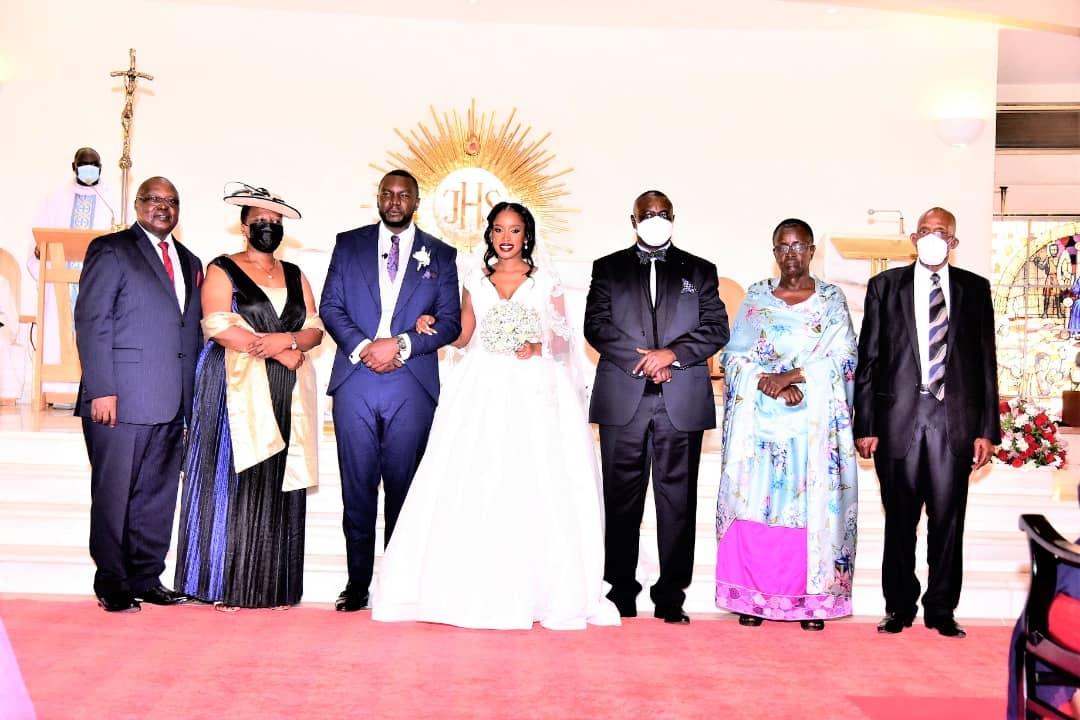 “Delighted to witness the wedding of Tisha Mpereize and Barry Wambede Muloni at Uganda Martyrs basilica, Munyonyo. I congratulate and wish them lifelong love, tolerance and mutual respect.” 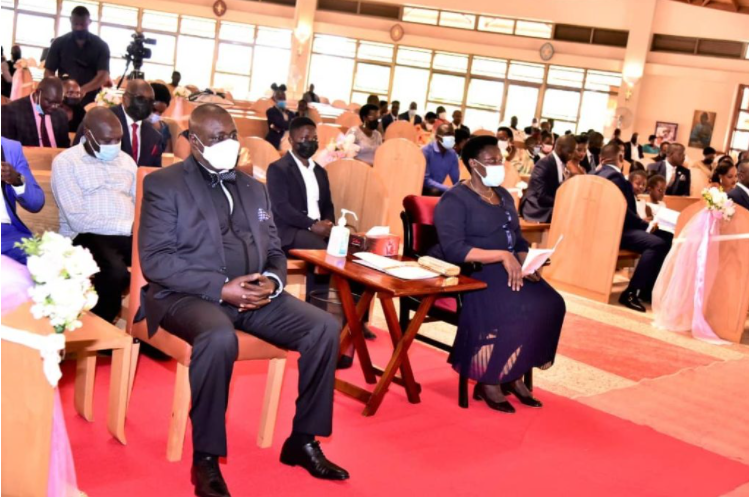 Vice President, Jessica Alupo who was also in attendance, saluted the couple for following the values of Holy Matrimony in church.

We wish Barry and Tisha a happy marriage.

Opinion: The new wedding sitting arrangements are not so cool after all