During the ceremony that also doubled as his Nikka, the groom wore a navy blue coat with a white Kanzu, while his bride stunned in a metallic cream gomesi with a brown sash. 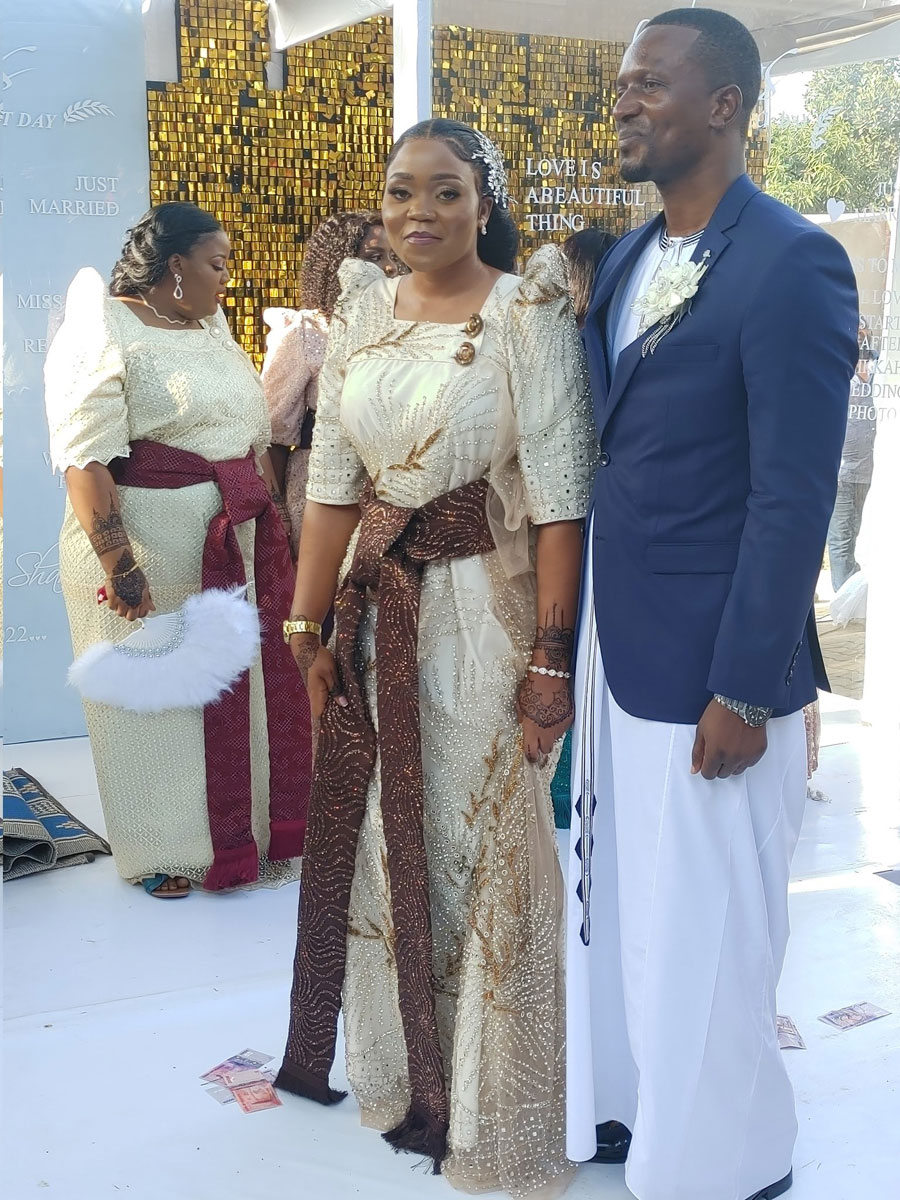 As the trend has it nowadays, the couple’s decor was adorned with beautiful messages including, “Love is beautiful” and “Just Married”.

In a video, we see the newlywed couple dancing for joy at the ceremony, Hudu’s wife dressed in a golden changing dress.

The newly appointed RDC Yumbe was congratulated by friends including the deputy RCC Rubaga, Burora Herbert Anderson who wrote, “Congs my Brother @HuduHussein for the Nikka.. May God Bless your Marriage.”

Congs my Brother @HuduHussein for the Nikka.. May God Bless your Marriage. pic.twitter.com/mJ4JTowDJz

The introduction ceremony happened only two days after the former RCC of Kampala was transferred to Yumbe as the RDC.

My Wedding Congratulates the couple

Only 20 people were allowed to witness our wedding