Chris Francis Kisitu and Prossy Nantongo first met at a supermarket in 2018. For Chris, it was love at first sight but Prossy played hard to get. When she finally accepted Chris, she got ‘trapped’. They tell Beatrice Nakibuuka their love story.

I loved Prossy at first sight but she played hard to get. I asked for her phone contact number but she refused to share it. Fortunately, she shared her Facebook username and I sent her a friend request immediately,” Chris recounts.

Prossy accepted his request but she would go several weeks without logging onto her Facebook account and many times she noticed the many messages from Chris that had gone unreplied.

“I deliberately gave him my Facebook username because I rarely used my account. I wanted him to give up so easily after noticing that I was not interested in any relationships. I had suffered two past bad relationships and I did not want to suffer a heartbreak again. Also, I was pursuing my Master’s and I needed to focus,” she says. 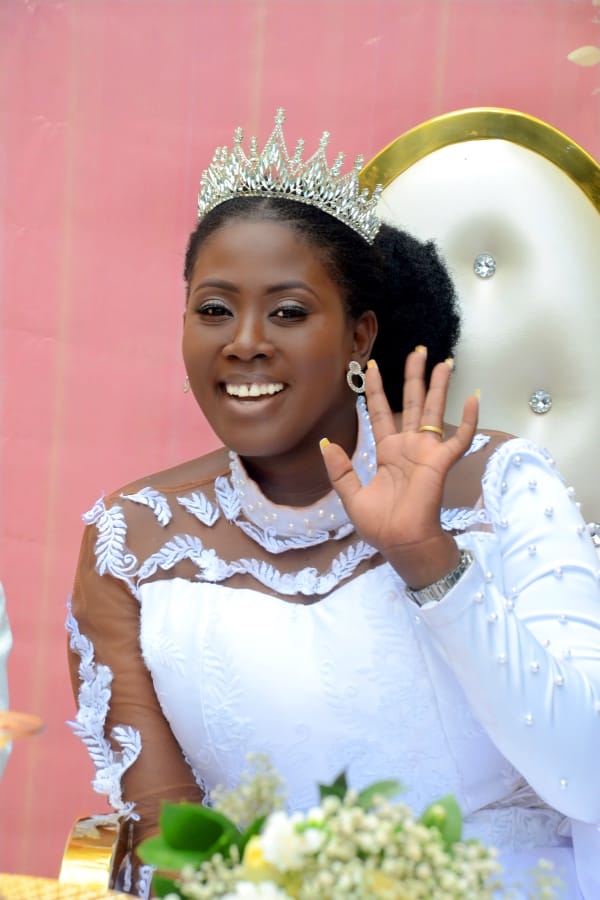 Prossy usually does charity fundraisers for her birthday. In May 2019, she posted about a fundraiser that aimed at providing home necessities for the elderly in her village. It is then that Chris sent her a message asking for help because he was planning something similar for Christmas but his was not working out well.

“I wanted to do the same thing for Christmas, so I asked her to guide me on how best to execute it. I asked for her phone contact so that we could speak about it,” Christ recounts.
Chris did not only ask about the charity fundraising but also expressed his feelings towards her.

“I intended to keep it strictly business but he was going overboard, so I blocked him from my Facebook account and my phone. He called me using his brother’s phone to apologise and promised to keep it professional,” she says. 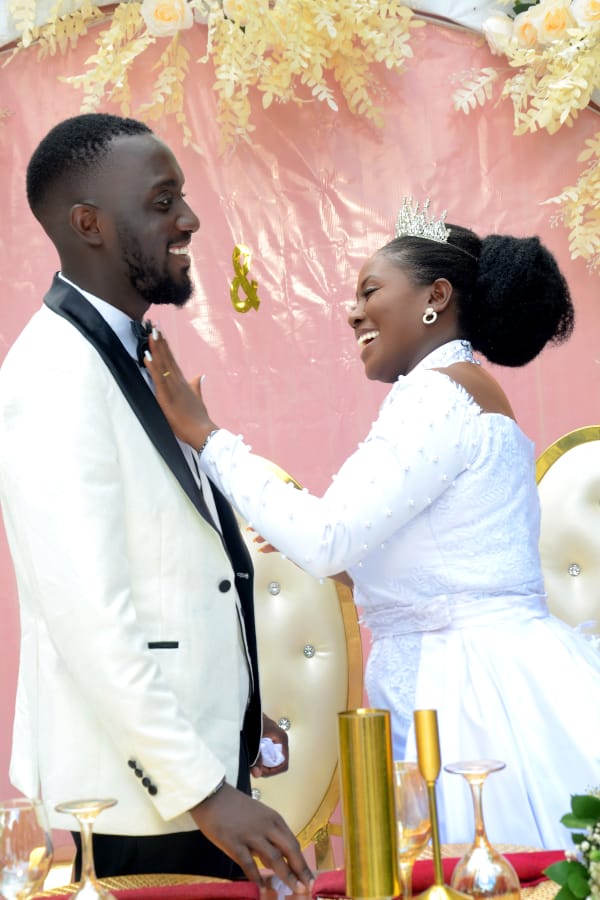 The two then just chatted casually until lockdown happened and both were laid off from their jobs. Since they were not busy, they chatted even more. Then, Chris’ brother fell sick and he went for treatment at the Uganda Cancer Institute. Prossy checked on them very often and their communication became regular.
The brother did not make it, something that broke Chris because they were close. Prossy was there for him and he again expressed how he felt and asked her for a chance.

“He had been so persistent and I was also touched by his brother’s death. I did not want to hurt him more given what he was going through. I opened up and with time fell in love with him. I got trapped there,” Prossy shares. 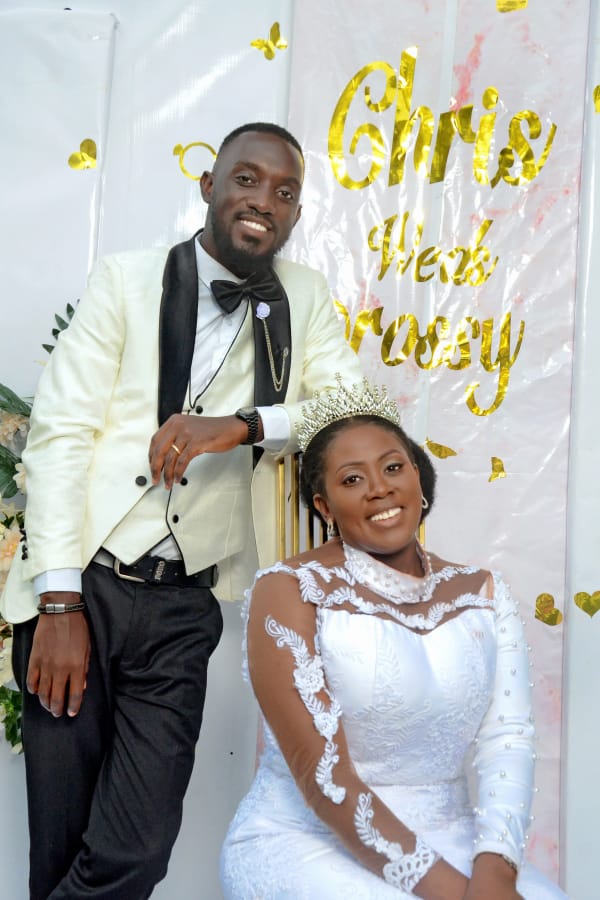 Meet the relatives
In August 2021, they got closer; she met his relatives who warmly welcomed her yet she was introduced as a friend. In December that year, Chris got another job. Although they were not living together, they were intimate.
In May this year, he asked that they hold a kukyala but Prossy did not take him seriously because he had just started working and he did not have enough money.

“I only took him to my aunt and he told her that he wanted me to be his wife. I told my aunt that we would return when we were serious,” she recalls.
A few days later, Chris demanded to meet Prossy’s parents.

“I wrote a letter asking for their daughter’s hand in marriage and proposed August 19 for our introduction.”
Prossy knew her fiancé’s financial status so she told her parents to keep it simple. 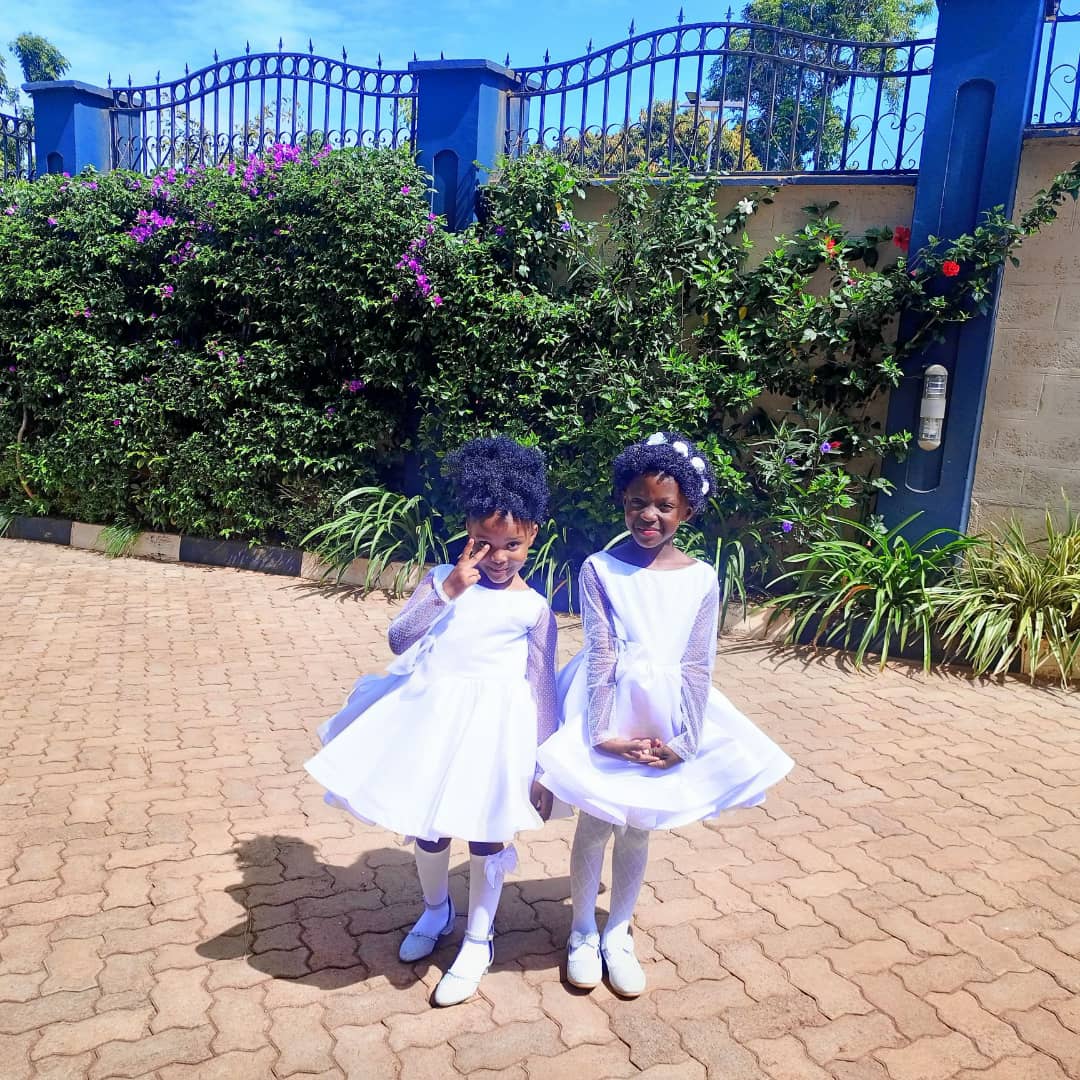 “My father was excited and promised to support us. 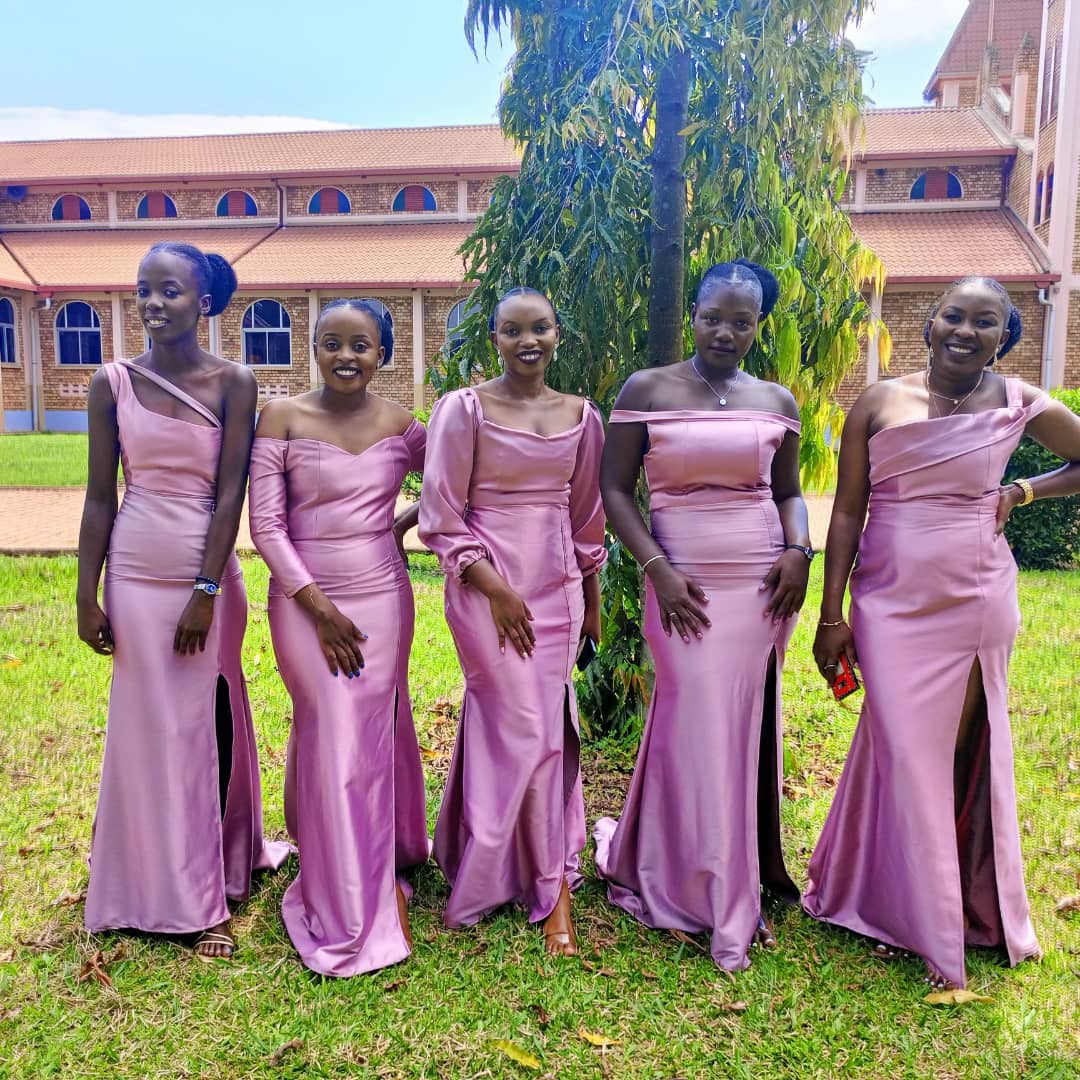 Service providers
Family, friends and workmates came through for the couple and supported them financially. Their budget was Shs15m. They booked all service providers on time and the most expensive items were food and décor which cost the couple Shs7m.
Prossy had her wedding gown and changing dress custom-made by Allen Nabatanzi of Tallen Collections at Shs 2.2m. Nabatanzi also made the dresses for the entourage.
A friend made for them a 12-tier cream and lilac cake at Shs 2.3m. Her friends Haddy and Sarah did her make-up and hair. 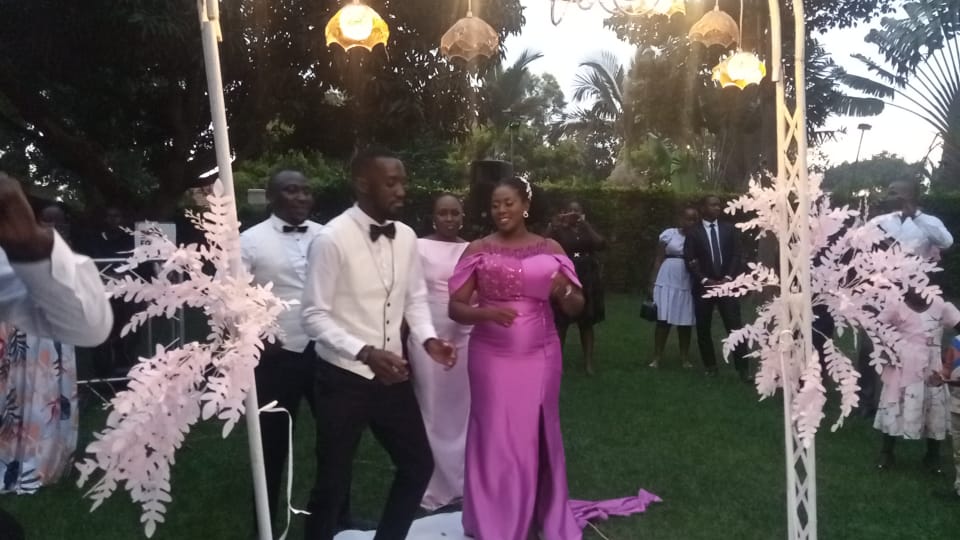 The best moments
For Chris, the ceremony was a dream come true, but seeing his fiancée walk into church, remove the veil, the reception and the dance were all breath-taking.
Prossy had a vibrant entourage, then, despite the couple not keeping time Prossy like it when the guests and congregants waited for them at church, this was crowned by them being pronounced husband and wife. 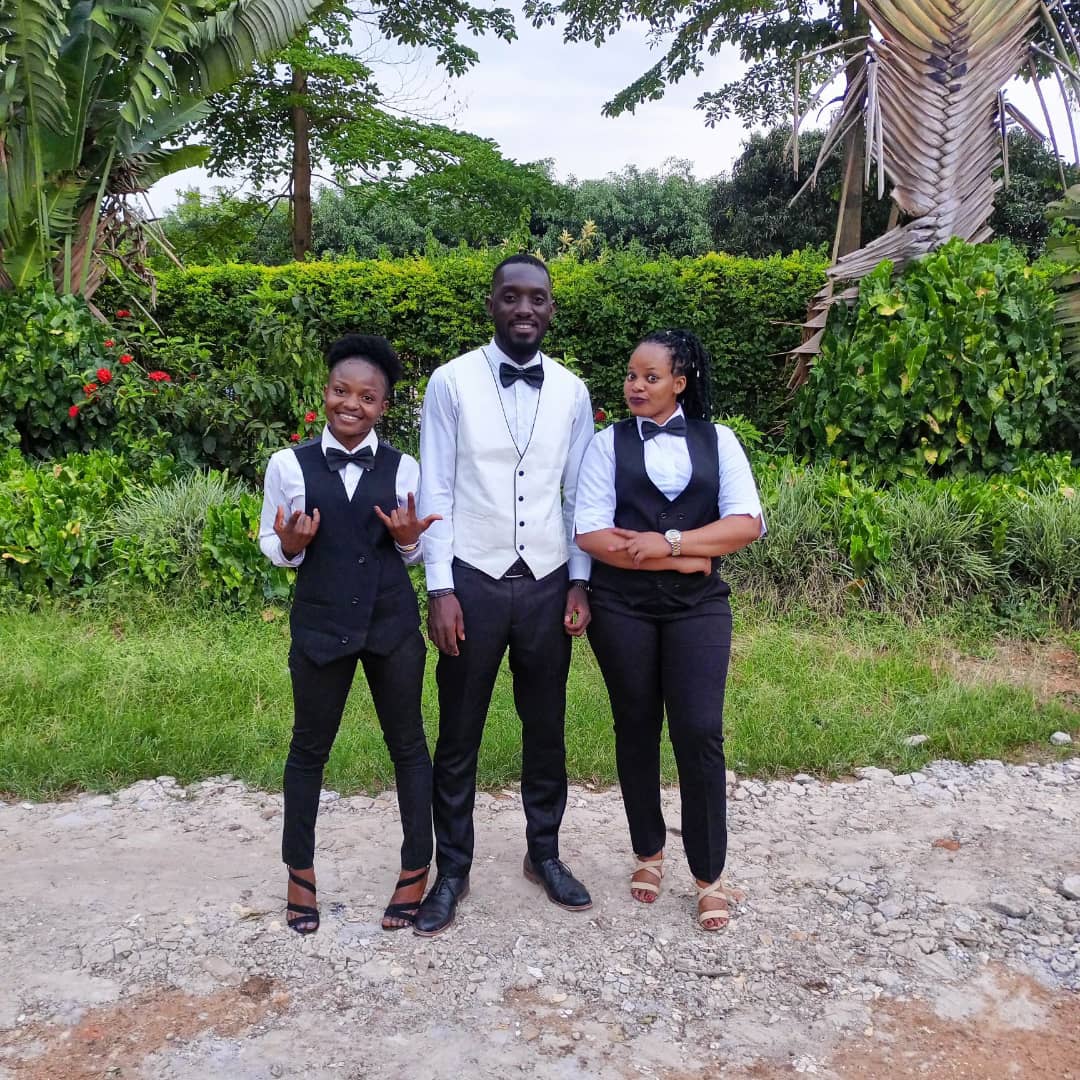 Chris picked his wedding suit on the wedding eve but the groomsmen did not. On the D-day, their suits were still in Kampala yet the church service was supposed to be in Lugazi at 10am.
“I woke up at 6am and took a bodaboda from Mukono to one of the shops in Kikuubo, Kampala. By 9am, I was already in Mukono but the traffic was unbearable in Mbalala. I was delayed for more than one and a half hours. I received many calls from my fiancée and the church members asking where I was,” he recalls. 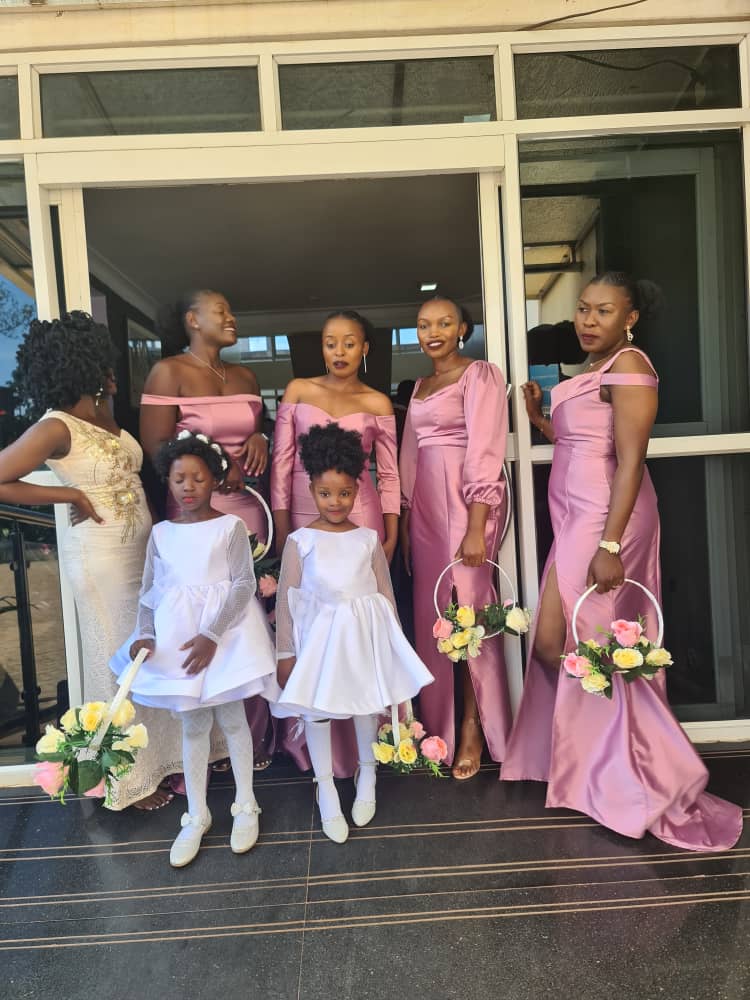 Prossy could not bear the distress. She removed her tiara and the make-up. Fortunately, her matron took the phone away from her and consoled her.
“The girls and I dressed up so early and were ready by 9.30 am,” she remarks. “I was so messed up when I realised that his team was not ready. I feared that people would get tired of waiting for us and leave. When they arrived, I calmed down.” 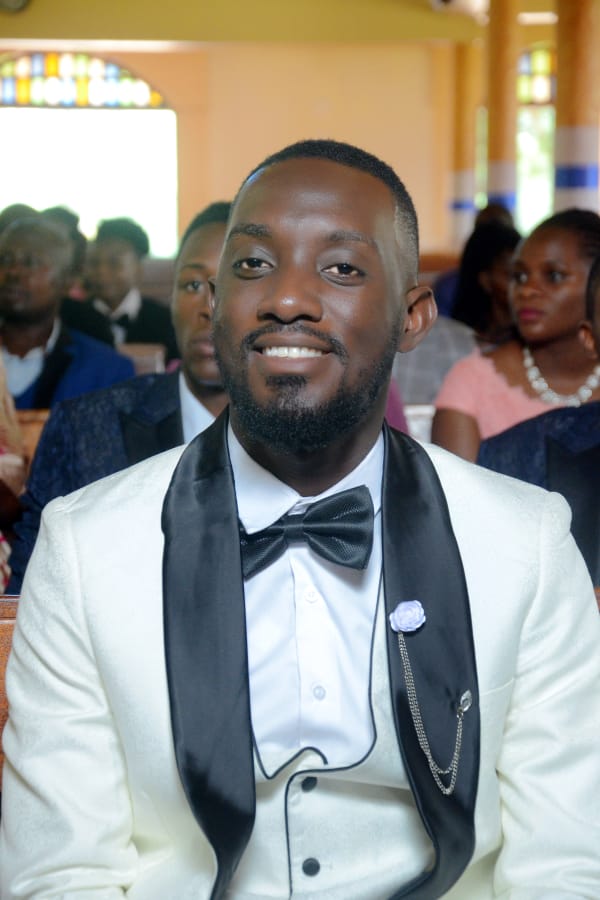 The couple had to do a photoshoot at the reception before the guests came in and in the gardens but because the groom’s team was delayed, there was not enough time to do all this.
“The people had waited for so long for us to take the photos. We had paid to take photos at the gardens but we did not go. The guests were tired. We just stayed and continued with the rest of the program,” Prossy recalls. 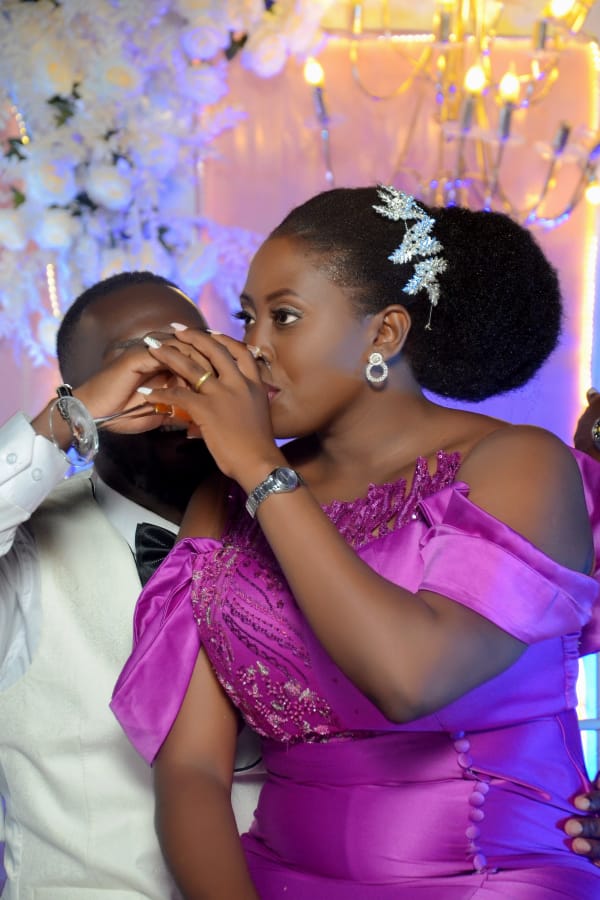