When you fall in love with someone and you want to be with them for the rest of your life, it is assumed that you are in love with everything about them. We can choose our life partners and qualities that make them admirable but we don’t choose their background, family and most definitely not their tribes.

Patrick Ssegawa, a Muganda by tribe chose to spend the rest of his life with the love of his life, Patience Kyebitondo, a Munyoro. Segawa says when he first met his wife, he was astonished by her beauty and the way she carried herself. He immediately knew she was the one for him. They dated for a while and everything was okay, but when he got to know of her tribe, he was scared his dreams might not come to pass. 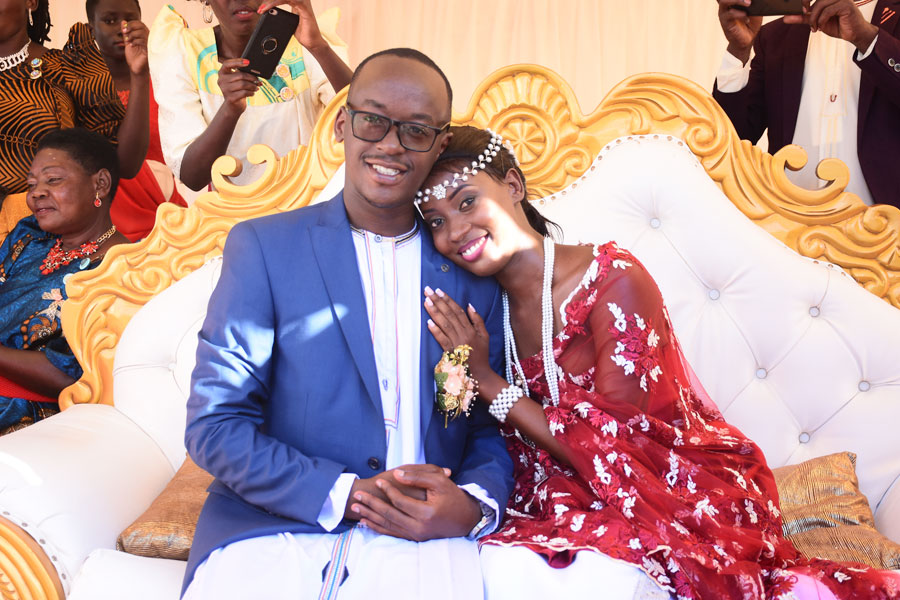 “When I told my parents about the news that I was going to marry outside my tribe, I was surprised when they embraced the idea and were very happy and willing to support me. We were also scared about suggesting the idea to my fiancée’s parents but finally did. They also welcomed us.”

This was a lucky couple as other people ride down a bumpy and rough road when they get a partner from a different tribe.  In such a case, here are things you should consider doing first;

Before the first visit

Are the parents okay with the tribe? If not, that is one strike against your partner already. Instead of going ahead with a first visit, you might need to apply other tactics like seeing key influential family members in private first. If some buy your decision and support it, it will be easier to convince the rest of the family.

During the first visit

Your partner may appease your family by learning a few words in their language. These words can be as simple as a greeting. This will melt their hearts and make them believe in the willingness of your partner to be one of them.

Know the people’s culture, customs and how they do things

Mr Twaha Mukisa, a spokesperson for different marriage ceremonies says, ‘’When holding an inter-tribal marriage ceremony, the key aspects to think of are; language and culture. ”The ceremony could be a mess if one has no idea about how the people he or she is dealing with perceive different things so they can easily make a mistake and say something they are not supposed to.”

Do not assume knowledge of how a traditional marriage progresses because you know the way of your tribe. An example is that in Buganda, the bride price is paid during the ceremony while in Tooro, it is paid before the ceremony and other gifts for the mother-in-law and other relatives.

Things a couple can do to create balance in an inter-tribal setting;

Marriage is not about one person. Compromise means when two people agree to accept something. If it is one-sided, then it is not compromise. All sides need to accommodate eachother. When James Muhindo, a Mukunjo when to receive Charity Ngabirano, a Mukiga’s hand in marriage, he carried a hoe and beddings to the introduction, along with other gifts he was expected to bring.

Although the hoe and beddings are not key for Bakiga, they are important aspects of marriage among the Bakonjo. Muhindo compromised and brought what was expected of him, but Ngabirano’s family also compromised and accepted presents based on their new-in-law’s tribe because they recognised that it was important to him. Other ways to strike a balance during the events include the following.

Dressing up to recognise the other tribe

During introductions, the bride usually puts on more than one attire. In this case, if a bride is a Munyonkole marrying a Musoga, they can put on mushananas but let their last attire be a gomesi. This will make her in-laws happy.

The spokesperson can mix languages.

Find a spokesperson that at least has knowledge of the languages for both cultures to make the event balanced, fun and involving for both parties.

Play a courtesy cultural song of the other tribe.

The deejay should be informed of the different cultures so as he can select a popular song recognising the other tribe at the event. This may be a song of their traditional dance, for example,  Entogoro for westerns, Akadodi for Bagisu, Lakaraka for Acholis and so on. It is one sure way of getting your in-laws up and dancing.

Be aware of cultural rigidities

Mr. Becker Menya, a spokesperson at marriage ceremonies says there are cultural rigidities you must be aware of. It is thus important for the two people to know what is important to the other family and make sure to respect it. For example;

Among the Banyarwanda, you have to go with a down payment on the bride price during the first visit to discuss bride price negotiations.

In Buganda as is in most cultures, the Mutwalo(bride price) is what ensures the girl can be given away. However many gifts a man brings, without it, the joining of the couple will not be approved.

In Teso and most cultures in Northern Uganda, in-laws are permitted in the ceremonial tents after verifying that the items asked for are all brought.

Take note of the customs and values of the tribe you marry into. In some cultures, there are ceremonies to complete directly after the wedding. You have to know if your partners’ family is strict about them or if they are liberal about fulfilling them.  In Buganda, you do not take your bride on the same day as the introduction but will have to come back with kasuze katya the next morning to pick her.

In Ankole, the bride needs to make the first meal for the man’s family. She usually cooks a traditional meal for her in-laws in her new home. Culturally, she does it as reassurance to the family that she will be able to take care of their son.

Whichever obstacle you may face, we hope these tips help you have a smoother ride.