by weddingadmin
in Finance / Budget
0

Julius Mukasa, 35, and Sylvia Nalukwata, 31, wedded at Kitovu Cathedral in Masaka. They were honoured to have Bishop JB Kaggwa unite them in holy matrimony. The couple shared their story with us. 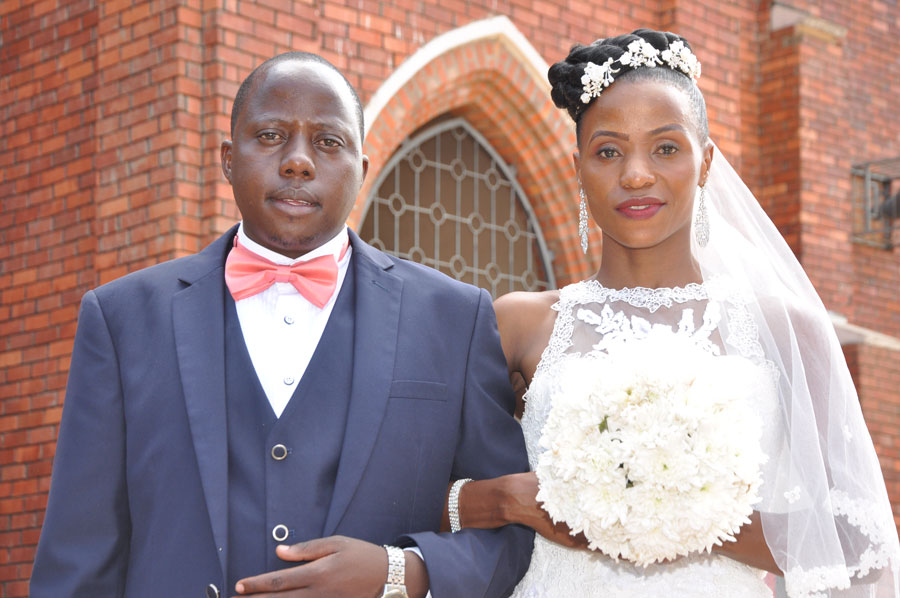 Julius: We met in July 2009, at a clinic in Nakulabye where she was working then. I had gone for treatment and she handled me with care, which made me fall in love for her.
I went back after a few days for review and this is when I broke the news of how I liked her and her ways. At first, she tried to resist but eventually, she accepted.
Sylivia: He came in as any other patient complaining of pain in the feet, I treated him well because he was not arrogant like other men. He appreciated my service and went away. After a few days he came back for review and afterwards he proposed to me saying he liked my ways. 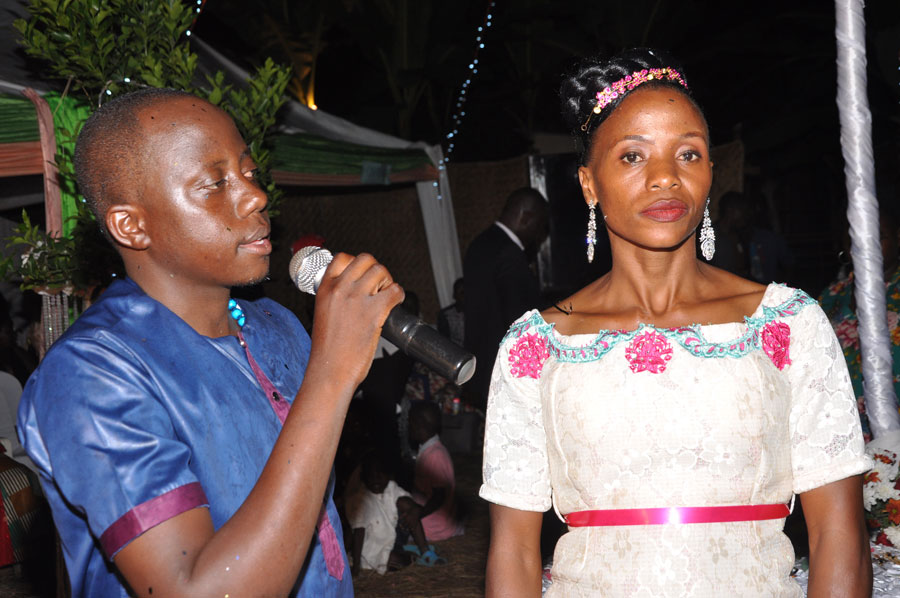 When did the two of you become so close?
Julius: When I proposed, she did not object and after two months, we became close.
Sylivia: From then, we exchanged contacts and things began from there. We visited each other until we chose to start staying together.

What made her the woman of your dreams?
Julius: She is religious, caring and hardworking.

What made Julius the man of your dreams?
Sylivia: He is calm, developmental and focused.

Did Julius propose to you? 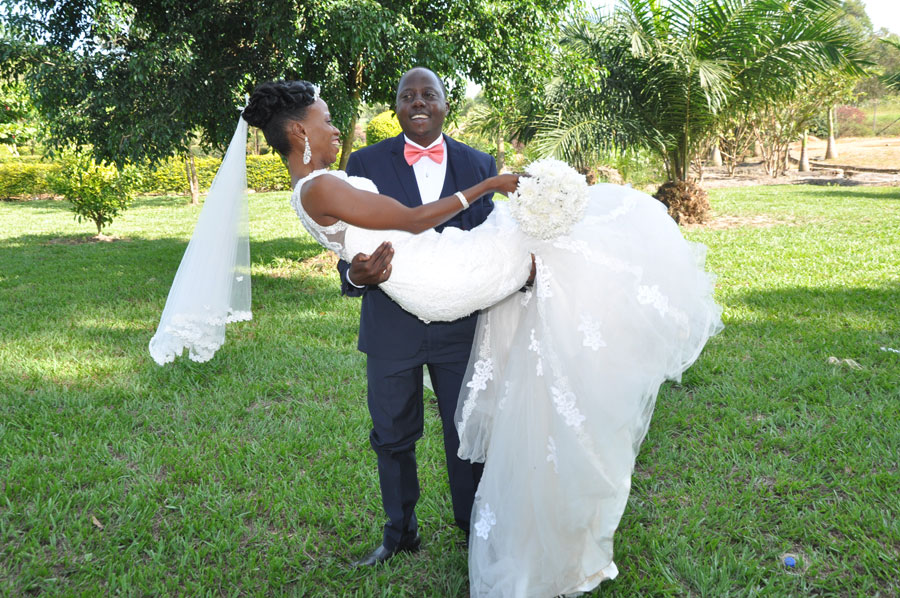 Sylivia: Yeah, he returned home as usual, and casually said, “Syl you know what, let us get married this December. I have decided not to wait anymore.” I could not believe it.

How was the proposal?
Sylivia: So amazing, because I felt as if it was a dream, I happily welcomed it.

How did you react?
Sylivia: I welcomed it but could not believe him. I was over the moon and henceforth changed my behaviour towards him.

What was the budget for your wedding and how did you raise funds?
Julius: My initial budget was Shs40m, but I ended up with Shs27m. I had saved about Shs8m and the rest of the money was mobilised from relatives and friends, however, we could not raise the Shs40m as earlier planned.

How were you then able to still hold your wedding with less money ? 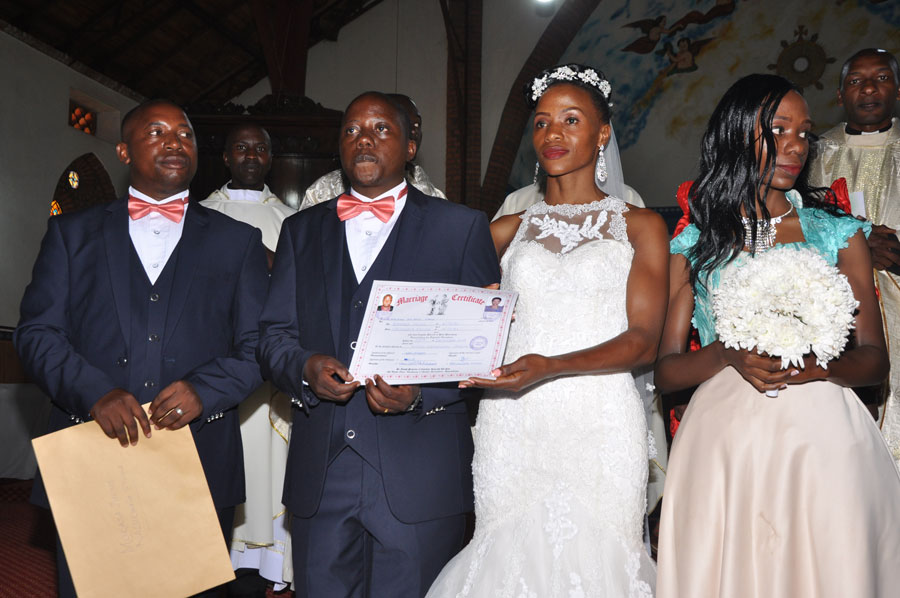 Julius: Our parents were supportive because my father offered two cows and all food items.

I am also a  financial consultant, so I applied my knowledge and experience when I realised that it was only two months to the wedding and we could not meet the initial budgeted total. Some of the things I reduced on the budget include;

What was your transport means?
Julius: Relatives and friends offered a Nissan Fuga.

Which gown did you wear and how much was it? 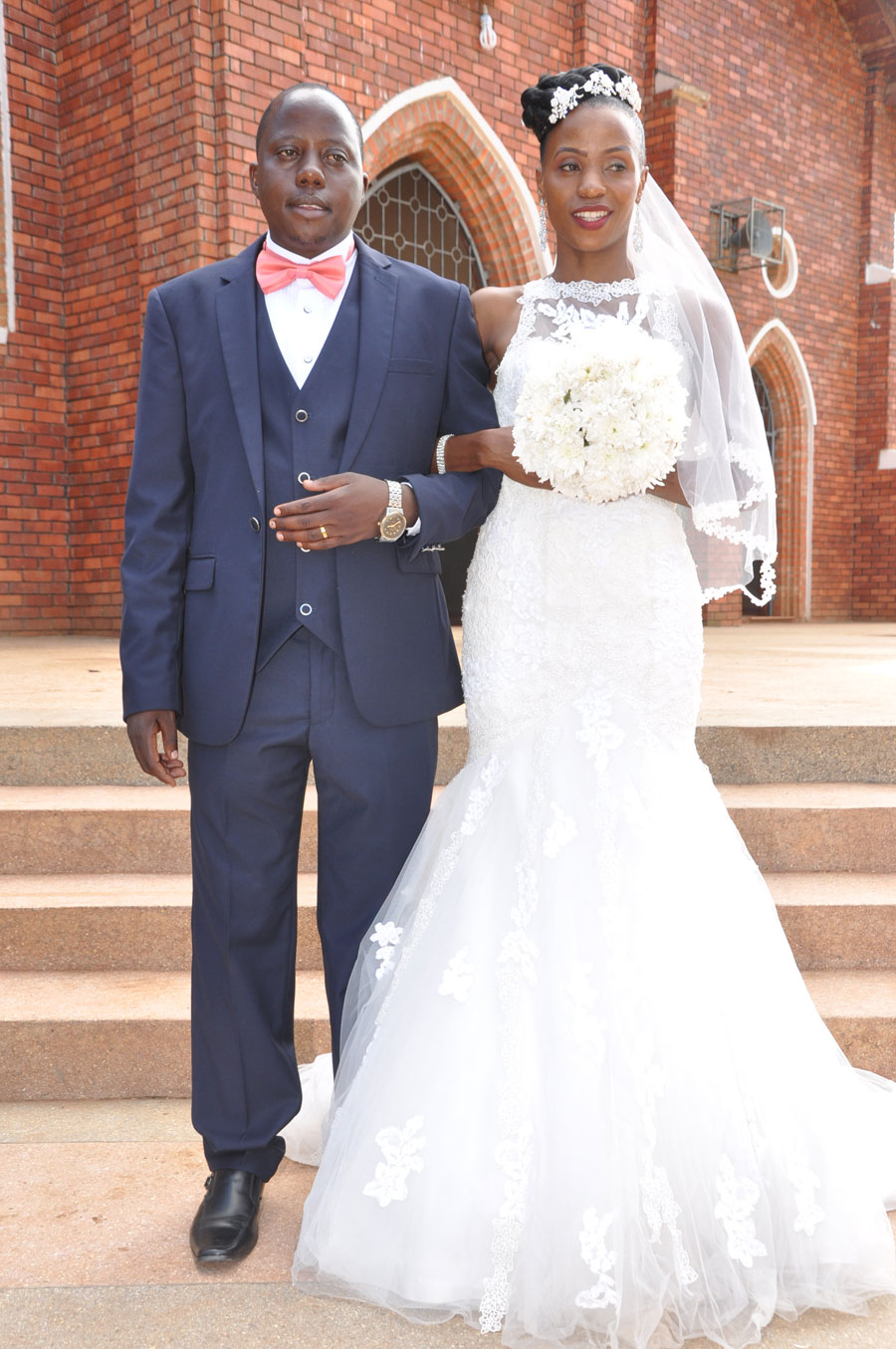 Sylivia: I wore a mermaid gown.

How much was your suit?
Julius: Shs1.2m and I paid for it using my savings.

What was the most important thing on your wedding?
Julius: Seeing my guests served and contented.
Sylivia: My husband showing the crowd that I am the only chosen one. 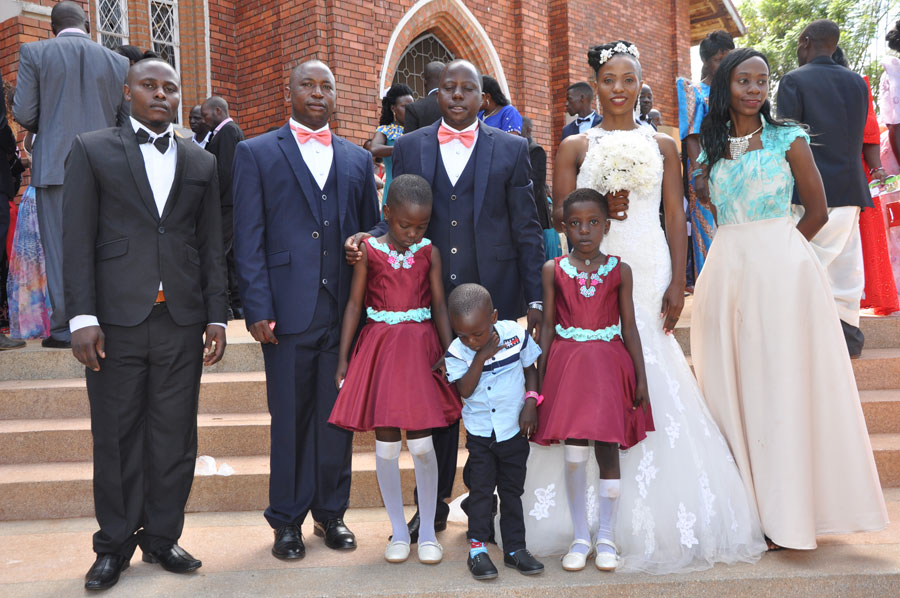 Did you have any fears?
Sylivia: Whether we would raise the money for the wedding.
Julius: Failure to cater for the basic wedding needs.

What was the most challenging thing during preparations?
Julius: Organising for bridal cars and booking for the honeymoon.
Sylivia: Kwanjula preparations.

What is your advice to those planning to wed?
Julius: They should not fear to wed, even when they have Shs50,000, you can start as long as you have faith and trust in God.
Sylivia: Girls out there should be patient with their men and pray hard to God.

Where did you go for your honeymoon?
Julius: Zanzibar. I enjoyed the cool waters and horse riding.
Sylivia: I enjoyed ample time with my husband.

Given chance to wed again, what would you do better?
Julius: Avoid costly things and invite few people.
Sylivia: Wearing my own stylish dress rather than a wedding gown.

What advise do you give to those hoping to wed someday?

Julius: First and foremost, you need to have is faith. Trust in God is so paramount, even when you don’t have money. We put God first so everything was done by God’s grace.