Once upon a time… How different cultures prepared brides for marriage 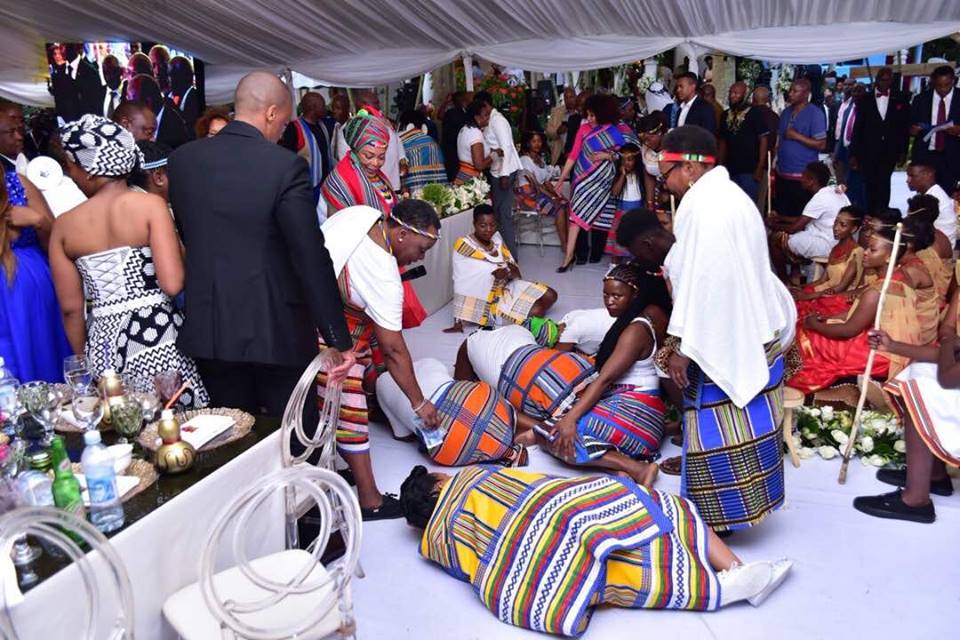 If cultural values were to be enforced when marrying in Ankole and Kigezi, a man would have to wait two years before making the woman of his dreams a wife.

After a wedding date was set, the bride-to-be was confined in a special hut and prepared for the marriage. Her skin was oiled with herbs and ghee mixed with anthill soil to make it soft and supple. During this time, she was also educated about sex.

After the period of confinement, the bride and a group of girls (usually her friends) helped in organising her home for the okuhingira (give-away) ceremony. But first, the girls and the old women in the home performed rituals in the bush so that the bride went to her new home blessed.

They came back singing emiguniju (songs to mark the occasion). The bride had to drink water while standing at the entrance of her maiden home after which she stayed in her mother’s room and waited for the guests (her husband and his people) to arrive.

At the giveaway ceremony, the bride’s parents, relatives and family members showered her with gifts (emihingiro) which included items to help her start a new home. Cows were a must.

The okuhingira marked the last ceremony of the marriage. It is at this point that the groom was allowed to go with his bride. But before he left, both families feasted at the bride’s maiden home. The feast usually lasted a month. The celebrations on the last day kicked off at 3pm, after which the bride had to bid farewell to family and friends.

The party went on into the night with the two clans competing in songs until 3am, when the visitors demanded their wife. The groom had to prove himself by jumping to get a stick placed high on the roof. Her husband then put a hoe on the bride’s laps. At the break of dawn when the first birds sang, the bride was finally brought out of the house.

Her parents then carried her on their laps in turns. The bride then walked about 10 metres away from where her parents were seated and back, signifying that her marriage hadn’t brought an end to the relationship with her family.

Her uncles collected flowers from only the left side of the path as they escorted her to her marital home.

Among the Acholi, a bride was picked up from her home in the middle of the night. The groom and his family carried matchboxes and paraffin.

“A relative was usually assigned the role of screening the family of the prospective bride. The lakwena (go-between) played a key role during courtship and the marriage ceremony, which took place with the in-laws literally on their knees.

After the wedding, the bride, lakwena and the girl’s auntie were given millet, simsim, cow peas, and chicken to carry on their heads to the bride’s in-laws. A goat was slaughtered and the gizzard given to the bride to symbolise her birth in the family.

A Muganda bride, on her part, had to be washed from head to foot by the groom’s sister to make sure that she didn’t have a disease preventing her from marrying. She also had to carry firewood and a pot of water, and walk through the entrance of the main house of her parents’ home on the eve of her wedding day. These were considered the last acts of obedience to her parents.

On the wedding day, kasuze katya, a vital ceremony, was performed as it is still done. According to Ms Eseza Nnajjemba, a ssenga for brides-to-be, the ceremony was a way of appreciating the struggles the mother of the bride had gone through while bringing up her daughter, during the early stages of life.

“Since there was no electricity to use for lighting, nakawere (a new mum) had to light a fireplace to be able to attend to her child in the course of the night,” says Ms Nnajjemba. “For the first two months, whenever visitors came to see how she was doing, they asked, ‘kasuze katya‘, meaning did the baby give you sleepless nights? The visitors carried a special branch from kasana tree, which takes long to burn out when lit to help the mother with light. Kasuze katya is therefore a ‘thank you’ for the bride’s mother.

Vital items to carry were paraffin, matchboxes and a funnel brought by the groom’s friend, his sister and brother before taking the bride. This ceremony was performed very early in the morning. As soon as the kasuze katya was delivered, if the girl was a virgin, she sat on her father’s laps and then her mother’s. She was sent off with instructions to submit to her husband.

She was escorted to her new home veiled in bark cloth. The bride had to prepare a meal for her husband’s friends and his family, after the wedding. This was very important because marriage literally meant obufumbo (cooking).

How do we resolve conflicts that arise over values?