Omugamba, what it is and why it matters in Ankole

The Banyankole refer to their giveaway ceremony as, okuhingira (recognizing the marriage of their daughter  commonly known as give-away) during which a bride is officially handed over to the groom’s family.

During the ceremony the parents provide material support in form of gifts to their daughter to assist her settle in her new home. The most important of the gifts is omugamba which comprises various items as explained below.

Amwine Martin Ahimbisibwe, proprietor of Dice Media Limited, and a a graphics consultant with Igongo Cultural Centre in Biharwe-Mbarara, a centre that was established to document and preserve the Ankole cultural heritage, explains that the omugamba stands for the long stick where the various items are suspended during transportation and display.

He says that the gifts are put on a stick to save the carrier’s time and energy by transporting all the items at once.

Each item on the omugamba has its specific use as Ahimbisibwe explains:

Ahimbisibwe illustrates that ebyanzi are wooden vessels made of smoked black wood and covered with beautiful, handmade covers known as emihaiha, woven with sisal and other fibres printed in geometric patterns.

He adds that these vessels are used while milking, serving and storing milk. They are given according to the number of cows the bride’s family has received as bride price.

In April 27, 2014, NTV aired a documentary on Ankole culture where Robinah Kankye, a middle aged woman explained that the containers had to first be smoked using special grass called emburara to give the milk a good aroma and also preserve it.

Ahimbisibwe says that ekirere is a small calabash used for drinking skimmed milk or preparing yoghurt which is known as amakamo.

According to an article by Slow Food Foundation for Biodiversity on Banyankole nutrition, amakamo is made by sieving raw milk in the morning.

The article explains that in the evening, the pan full of milk is tilted to only pour out the milk at the top, which is set aside to produce the ghee. The skimmed milk is then boiled, warmed, sieved again and poured into the big calabash to rest during the night.

The next morning, the milk is slightly solidified and it can either be eaten as bongo or be gently shaken to liquefy, and then poured into ekyanzi. 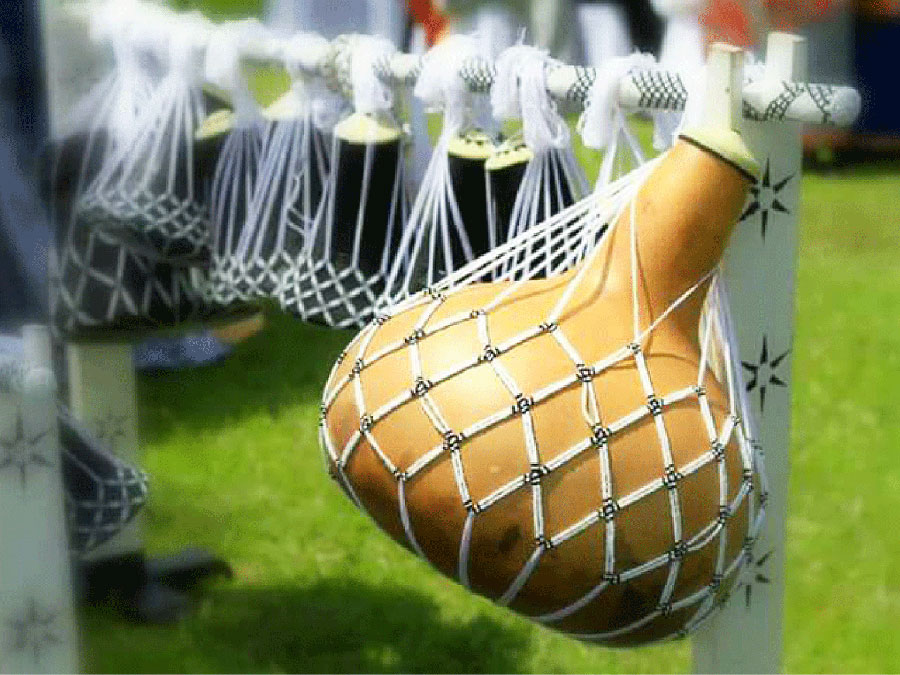 Ahimbisibwe explains that this is a big calabash used during churning to get ghee. He adds that after milking, milk is kept in the kishaabo for some days to allow it to ferment into yoghurt before churning to produce ghee.

This is a container used for storing warm water for the family head to wash his the hands and face.

This is a wooden container/ bucket used to draw water and fill the drinking trough during okweshera (time when cows are provided water for drinking).

This is a perfume pot used for personal hygiene. It is a pot with three holes where scented herbs are placed and burnt to produce a scented smoke used as perfume by women.

This is a clay pot used to fumigate milk pots/ gourds.

This is a calabash used for storing perfumed ghee which is used as petroleum jelly by women. The ghee in the calabash is mixed with scented herbs to produce a nice scent. 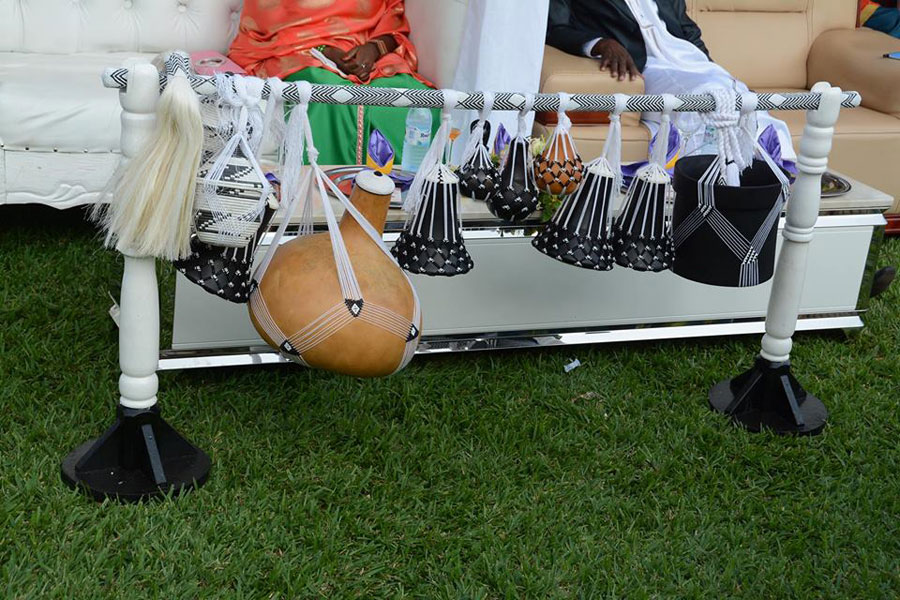 This broom-like tool made of sisal is used during milking to keep flies away from the cow while milking.

This is a rope made of sisal that is used to tie the hind legs of a cow during milking.

Dilemma: We can’t seem to find the right place for our wedding

How we plan to improve our relationships/marriages this year