Shammah Mirembe had done everything to make her introduction ceremony splendid. She even forewarned her parents that her man, James Ssenyonga, did not have a lot of money in a bid to cut down their expectations.  She was surprised, as were most of her guests, when four land titles were brought forth during the introduction; one for her father, mother, brother (muko) and herself. 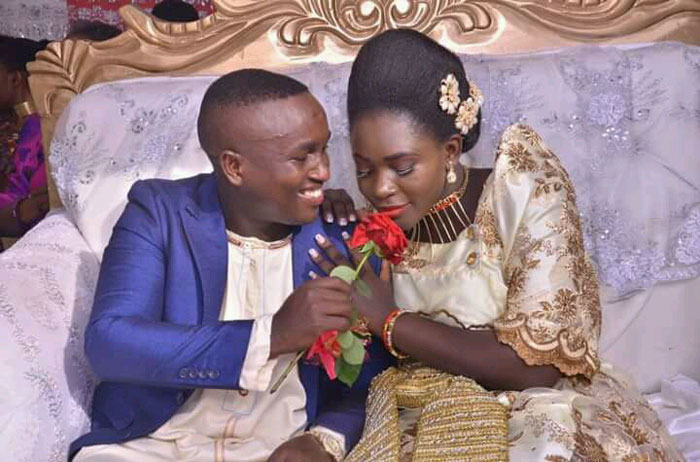 “I could hear my friends calling me and cheering and I was just dumbfounded. It felt good. I felt honoured,” Mirembe comments.

“ People usually give in money when they are asked for cows at introductions. I gave in form of land,” Ssenyonga explains.

“They told you to bring cows and you decided land titles are cheaper?” I ask perplexed.  Ssenyonga explains that he had a sizeable piece of land from which he got portions off for his introduction. 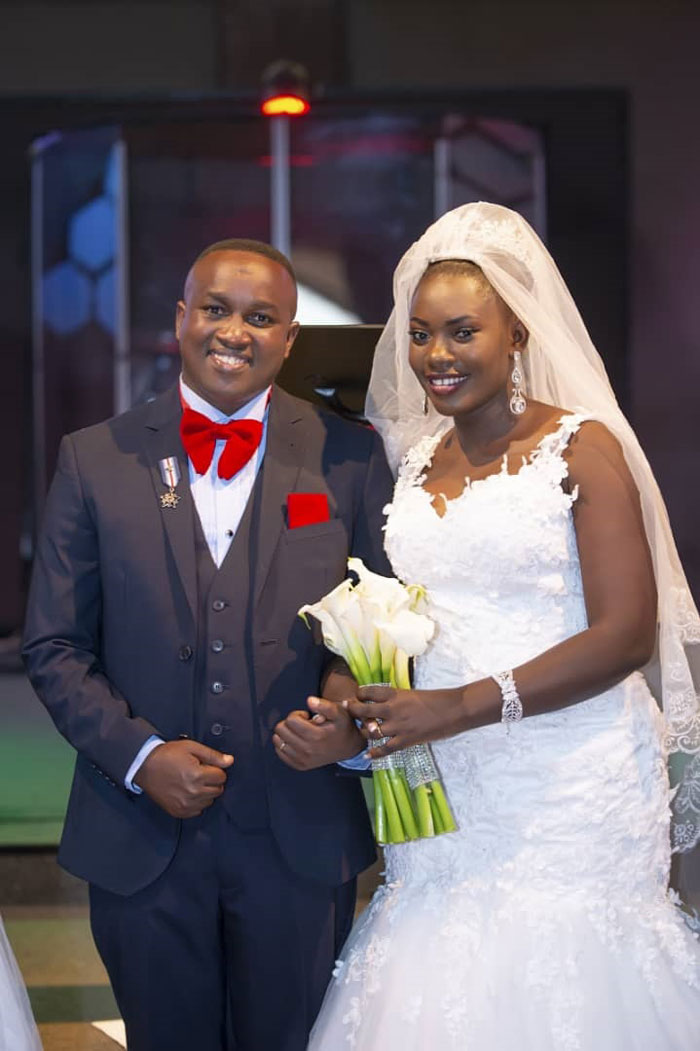 “The land tittles were not bride price. That was a gift to my wife and the people she loves,” he explains. Because land titles cannot fill your in-laws’ compound as ordinary gifts do at these ceremonies, Ssenyonga also bought other gifts.

Ssenyonga has not always been able to afford grand gestures. As Mirembe puts it, there were days they couldn’t even afford dates in restaurants. They would instead take romantic strolls from Busega to Bulenga, where Mirembe’s parents had re-located. He would walk back home.

Ssenyonga is an auditor with Forever Friends of Uganda, an NGO helping to improve the lives of children in Bubebbere. Mirembe is a teacher of History and CRE. I met the couple at Backpackers in Mengo. Mirembe is a very warm and agreeable woman. She smiles often, giving a peek at the lovely slit between her teeth.

Momentarily, when she speaks, Ssenyonga stares at her. They look at each other as she speaks. Only they are not talking to each other but to me. I figure it is because they are sharing a memory. Sometimes Ssenyonga looks at her intently as if to figure out or silently challenge what shes about to say. She smiles back at him adoringly. They like to fact check each other. If the date is March 8, it is March 8 and not early March. 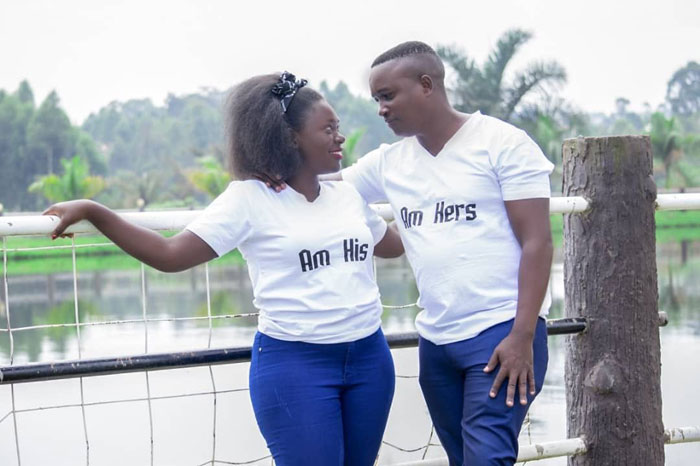 When Mirembe was at Lubiri SS in Senior Three. She used to go to a neighbouring school in Busega to read books over the weekend. One Saturday when she was alone in the room, a guy walked in. She would later learn at he was James Ssenyonga. He sat on a bench across from her and stared, purposefully intimidatingly. Mirembe feeling uncomfortable stood up and ran home. He did not follow.

The next day, Mirembe said hello to the now familiar Ssenyonga. That day, he walked her home. That was the beginning of a routine; Mirembe would say hello before they each read their books. After reading, Ssenyonga would walk her home.

“I don’t even know if I ever understood what I was reading. Sometimes I would just stare at him,” Mirembe confesses. She also told him she had a boyfriend. 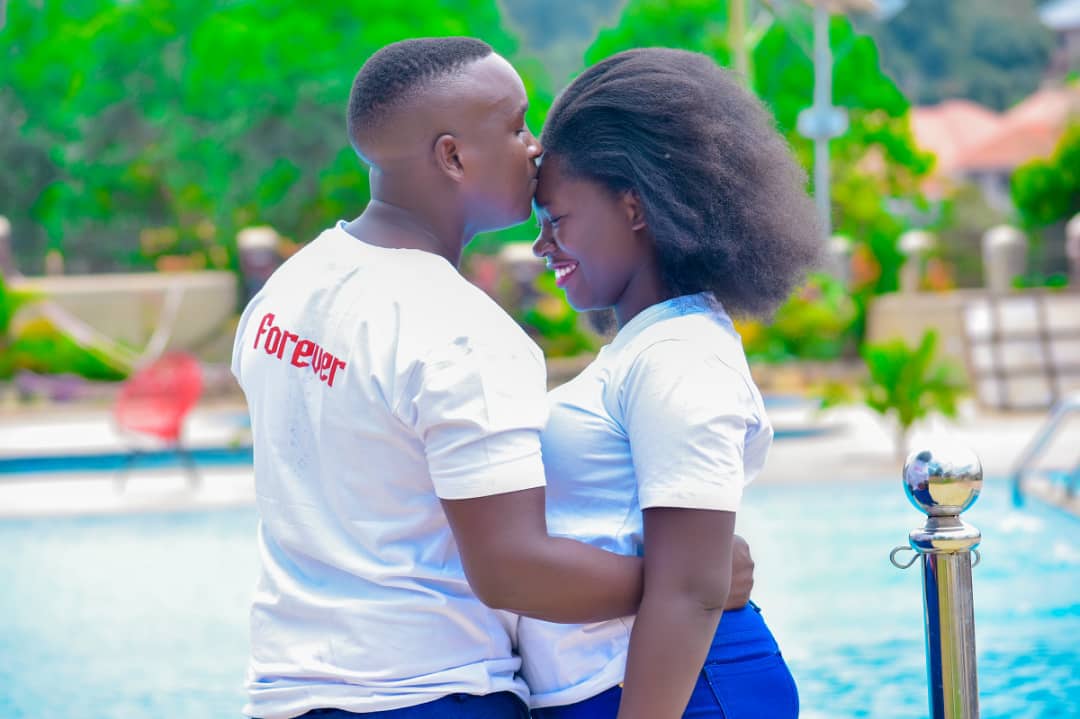 The two later lost communication. Ssenyonga, however, sought Mirembe out when he was leaving for university in Algeria. Mirembe was hurt.

“They had taken me to the village for the holiday. I had just returned home and he was leaving,” she laments.

Their relationship blossomed again a year before Ssenyonga returned. It was mostly on Facebook.

“We had not professed love to one another before but there was a special connection between us. Mirembe was a special person from the start,” Ssenyonga reveals.

Mirembe and Ssenyonga got married on September 1 this year at Life church, Namasuba. They share the rest of their story.

When did you know that he/she was the person you wanted to spend the rest of my life with? 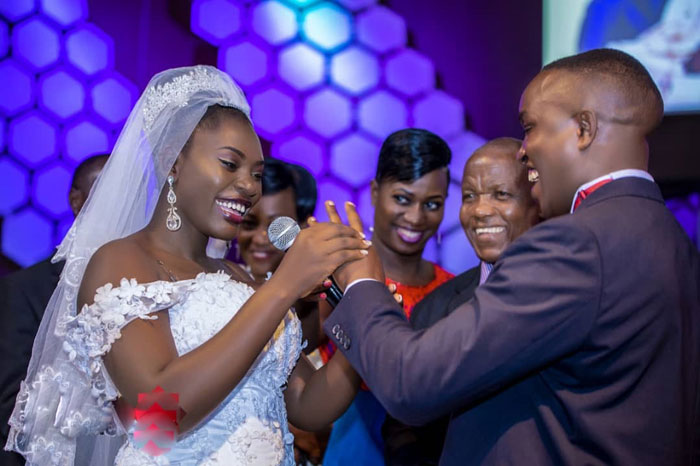 Ssenyonga: In 2014 when I changed my Facebook status to “In a relationship with Mirembe”. It wasn’t for fun. Marriage was definitely in the question someday.

Mirembe: He put everything out there and even tagged me. Everyone could see. I knew this man had ‘tight marked’ me. All people previously interested in me would only inbox to confirm what they had seen.

How did the proposal happen?

Mirembe: [Laughs] He did not propose. Not the way they do it nowadays at least. He just said “Mirembe, I am going to see your Senga.” This man is not romantic. I just love him the way he is. [Laughs]

Did your parents know about your relationship earlier?

Ssenyonga: My mom must have known. There is a time she was sick and Mirembe was there for us. She must have guessed but decided to be cool about it.

Mirembe: Our siblings knew. The parents were mostly let in the know when we decided to get married.

Kukyala is a big deal nowadays. Tell me about yours…

Ssenyonga: I got one of my great friends, Solomon, and we went to see her aunt. There were no blown-out exaggerations.

Mirembe: We kept it to around four people at home. It was pretty simple.

What stood out for you during your kwanjula?

Ssenyonga: Being me, I have to first say my Luwombo was well devoured [Laughs]. Her family is very Christian so my best man, Ykee Benda couldn’t perform. Plus I didn’t understand why she had to change gomesis three times!

Mirembe: Anhaa…good thing I have an ally. Tell him.

So tell me Ssenyonga, was Ykee Benda really your best man?

Ssenyonga: Yes, he was, for the Kwanjula. We were roommates back in Algeria. For the wedding, another close friend was. 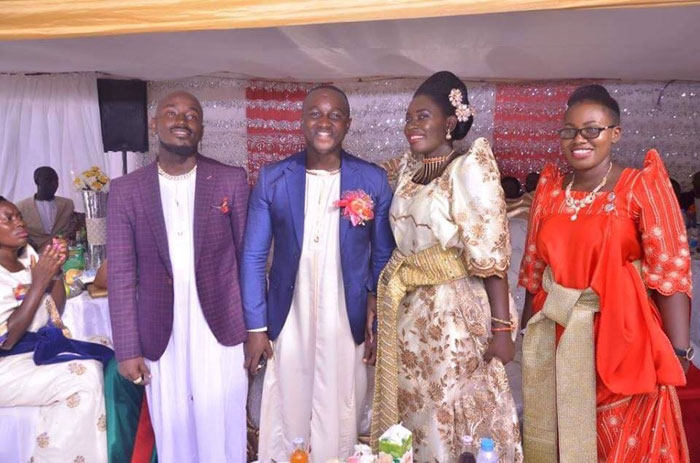 Oh, people are allowed to have different best men?

Ssenyonga:[Laughs] Well, Cliffe, that’s our name for him –Ykee Benda, is not married. A married person is needed for a wedding.

What qualities should be considered when a person wants a best man?

Ssenyonga: They should be close friends but they also need to have some money. There are moments when things stall and they have to go an extra mile to help. The same applies for a matron. [Mirembe nods]

Tell me about your wedding 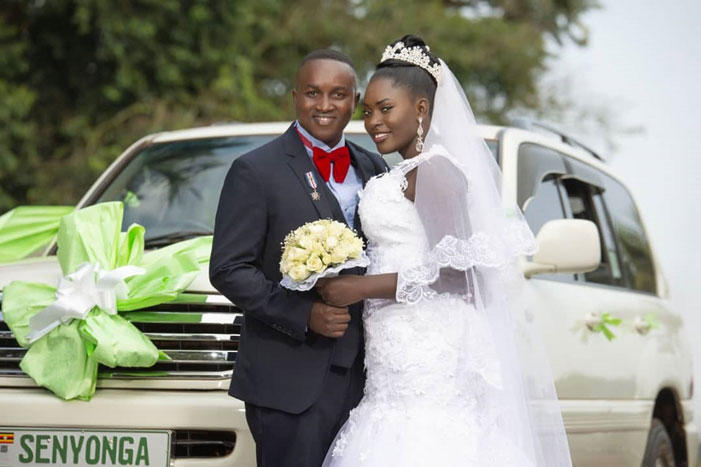 Mirembe: Our wedding was on September 1. Most brides are hyped about their weddings. I was too but Ssenyonga was on another level. He did everything: the cake tasting, reception, food, photography and all. The only thing I did was to choose décor colours.

Ssenyonga: Hey, it was my wedding too! A man should do these things. 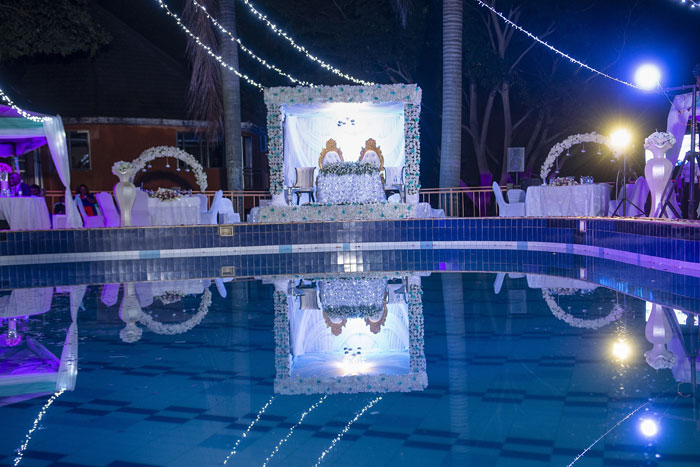 How did you choose your attire?

Mirembe: I was a winner of a draw by Splendid Fashions. I wrote why I loved my fiancé. They gave me a gown, did my makeup and provided the tiara. I got another gown from my aunt. She has a bridal shop and offered me a dress as well. I was lucky not to spend on this. 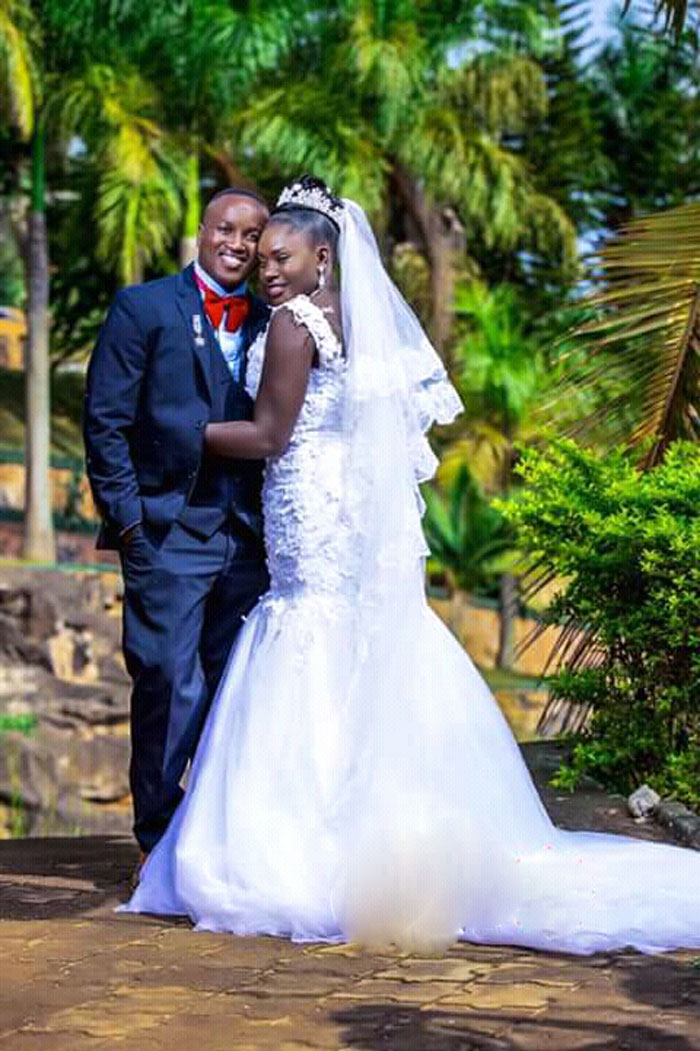 Ssenyonga: My best man brought the suit with him from the UK. I trusted him. I tried my suit on two days before the wedding. I was lucky it fit well.

What do you love most about your partner?

Ssenyonga: Mirembe is an honest person. You can even see from her dark skin complexion that she doesn’t do fake. [All laugh] She also has a good heart.

What drives you mad about your partner and you know you’re the only person that can handle that thing.

Mirembe: He has a hot temper.

Ssenyonga: She talks a lot! Sometimes you’re really tired but you have to listen and constantly nod in affirmation.

What would you name as your best part in this whole wedding experience?

Mirembe: I have many. When I came out during the Kwangula, his face lit up. I had not been allowed to see my make up so I felt validated. My maids also made me a surprise bridal shower. I knew they were out of money and their effort really touched me. And then, he surprised me. I thought we were going to Kenya for our honeymoon. He took me to Dubai. I had never been on a plane before. I cried. It was overwhelming.

Ssenyonga: Generally my boys stood with me. Their time, commitment, involvement, contribution was not lost on me. Also when Cliffe allowed to be my best-man, I was elated.

What were your lowest points?

Mirembe: I had these huge pimples towards my wedding. Everyone was commenting on them. It was disheartening. Plus we had to invite only 250 people for the wedding. My father is a pastor. It was sad to see that some people felt left out.

Ssenyonga: I misplaced our travel documents for the honeymoon. For me, the honeymoon was more important than the wedding because it is entirely about us.  Plus there was some good amount of money kept with them. I looked for them like crazy.

What values do you hold dear in this relationship?

Ssenyonga: Uh! Our values… [Looks up in thought] Mirembe tell her our values.

Mirembe: Trust. We trust each other. No relationship is perfect but we choose to believe each other first. I trust him and what he says. He trusts me as well. [Ssenyonga nods in the affirmative] 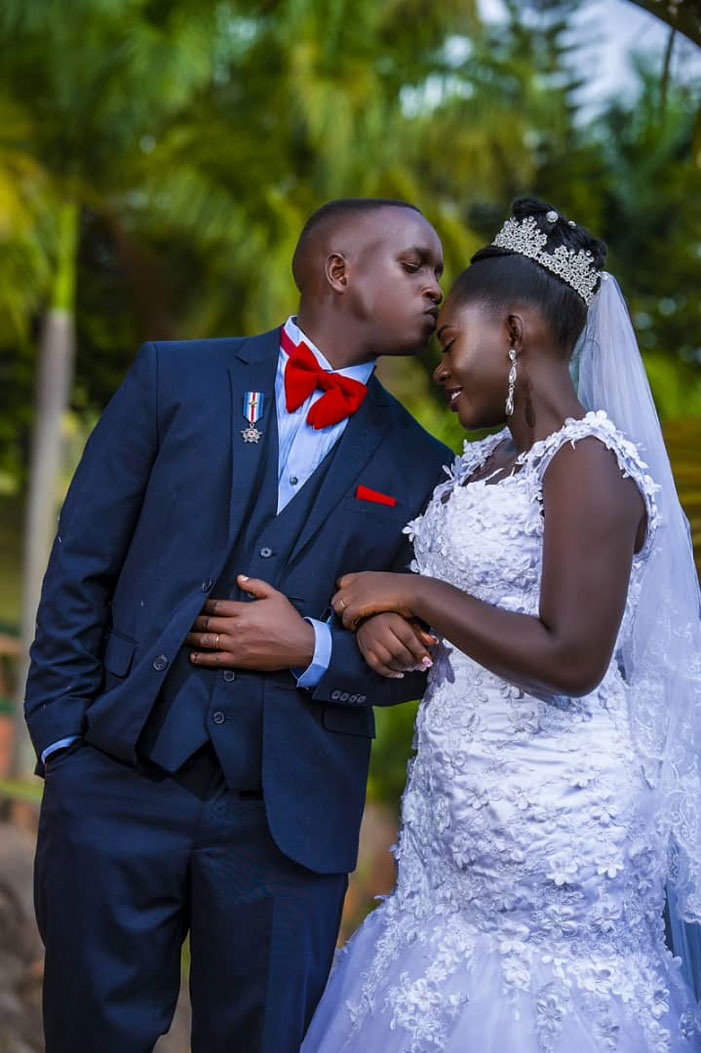 Any advice for those wishing to get married someday?

Ssenyonga: Marry young. You will never be ready enough. Don’t do half processes. Go to church too. However small it is, psychologically, making vows in front of your God strengthens your commitment.

Mirembe: Everyone is ready to settle down at a different age. Settle down only when you’re ready.

How would you describe married life?

Ssenyonga: Nothing has changed really.

Mirembe: I am basically still in honeymoon.

Top Reasons Why You Should Learn and Practice Yoga