An Austrian woman posted her engagement ring on Facebook and revealed that it is made of her son’s umbilical cord, her breast milk and son’s human hair.

In an interview with Daily Mail, the mother says her husband was shocked when she showed him the post about a ring she had made. At first glance, it looked like any other ring until she unleashed the ingredients that were underneath this beautiful jewelry.

“The stone is made of breast milk, my youngest sons umbilical cord, pieces of both my sons hair, and gold flakes.”

The woman says her husband commented that it looks like someone took a petrified piece of vomit and then covered with a clear nail polish after she showed him the ring. 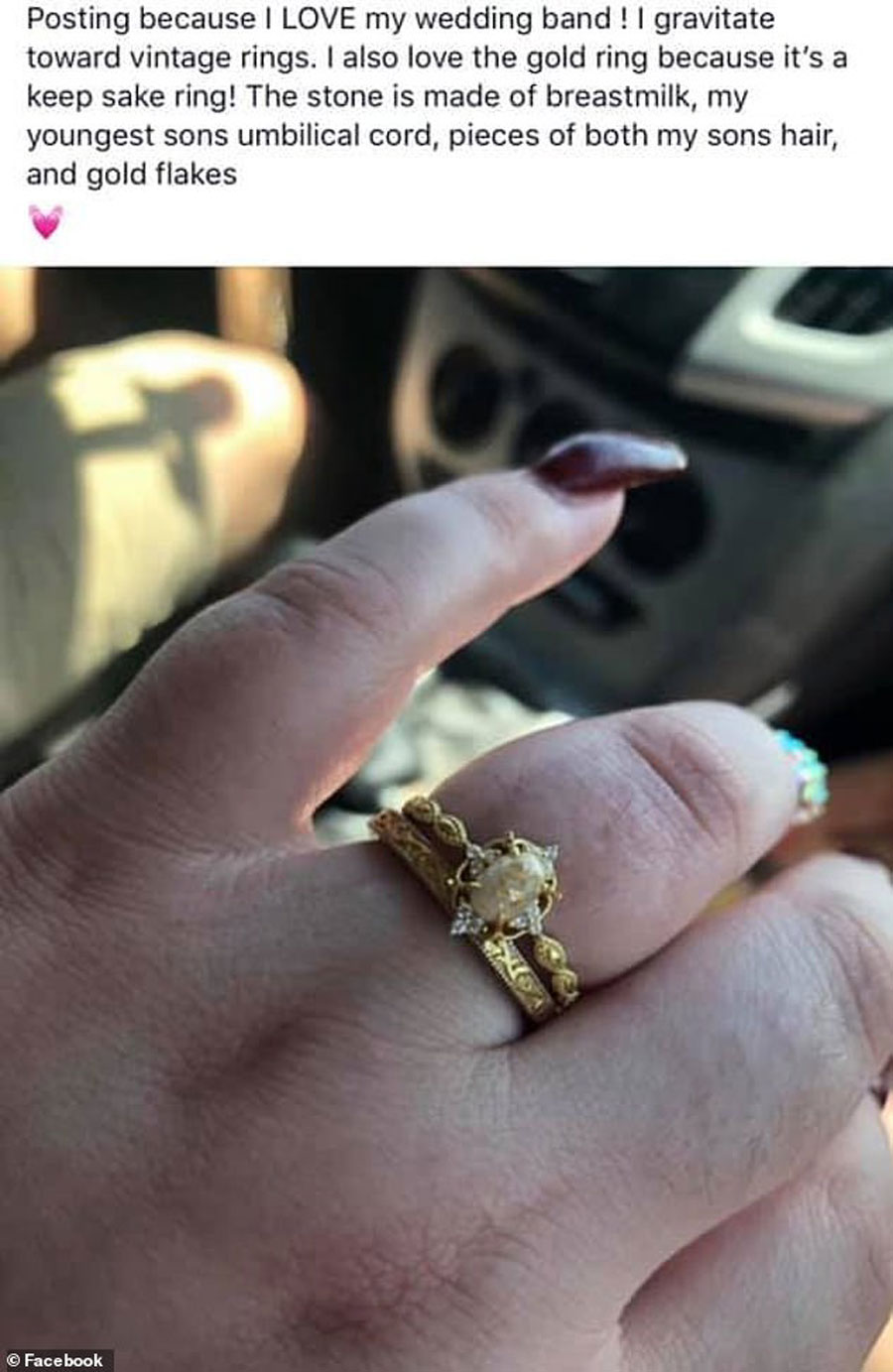 True to his words, when her post was shared in a ring shaming group, many participants expressed their disgust.

One posted that,” I just threw up in my mouth a little bit.”

Another added,” Well I said I needed to lose weight. Here’s motivation. Every time I go to snack I’ll think of this ring.”

Others were understanding for the bit of using milk and human hair since it has become an ingredient for jewelry designing but felt nausea whenever they thought of the umbilical cord.

One mother commented,” I’m neutral on the hair, I wouldn’t do it but its just hair. The umbilical cord is a rotted piece of flesh and I’ve never understood why mums keep them.”

Others completely said that the innovation did not bring out a beautiful piece at all like one who commented,” that hair, breast milk and umbilical cord aside, it wasn’t a pretty ring in the first place,”

While another participant said that it looked like a bug.

He was my first and only man

Before saying I do, here are four critical tests you should take