Nicholas Sevume, a relationship manager at the Commercial Bank of Africa and Brenda Mwabula Kuteesa, a branch operations officer at NC Bank wedded on June 8, 2019 two years and two months after the proposal. They two shared their story.

Nicholas: We went to the same university but we started talking in second year during internship he was at Housing Finance Bank and I was at Airtel House. One day, I was going for lunch and I met her, and I initiated a conversation.

Brenda:  Later, we met again at the first Phaneroo gathering at Theatre La Bonita and consequently got back in touch.

How did you become close? 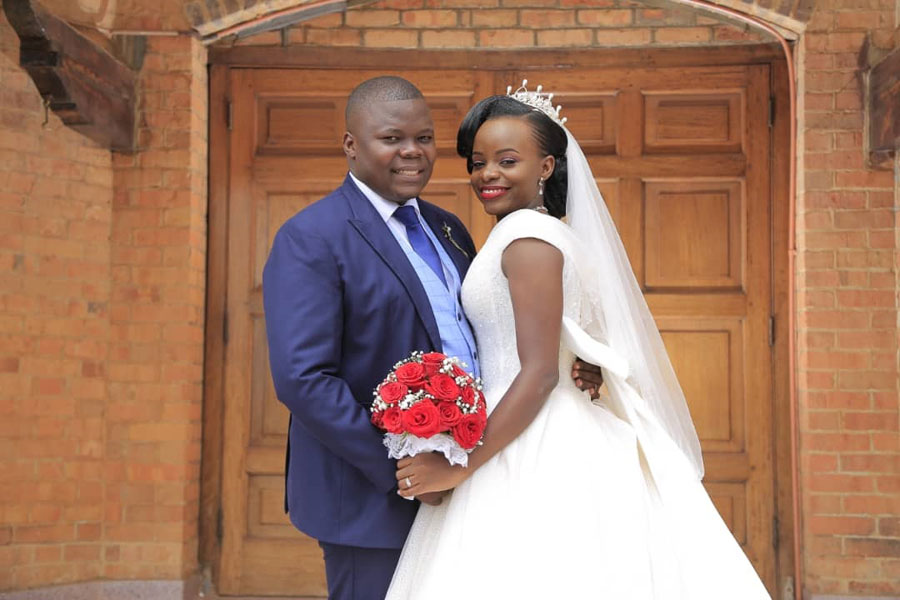 Nicholas: In the first semester of my third year, we started going out.

Brenda: We met more often while at university.

Nicholas: Yes, on April 17, 2017. We went out with friends to play paintball. Only her close friend (who eventually became her maid of honour) and I knew about the proposal. I suddenly knelt and proposed. Out of shock, she hit me with a paintball helmet and ran to the nearby bush. My sisters pulled her out and she said yes.

Brenda: I almost turned down their paintball date since my interest in sports at large had waned but our friends convinced me to go. I did not see the proposal coming. I was shocked and surprised. 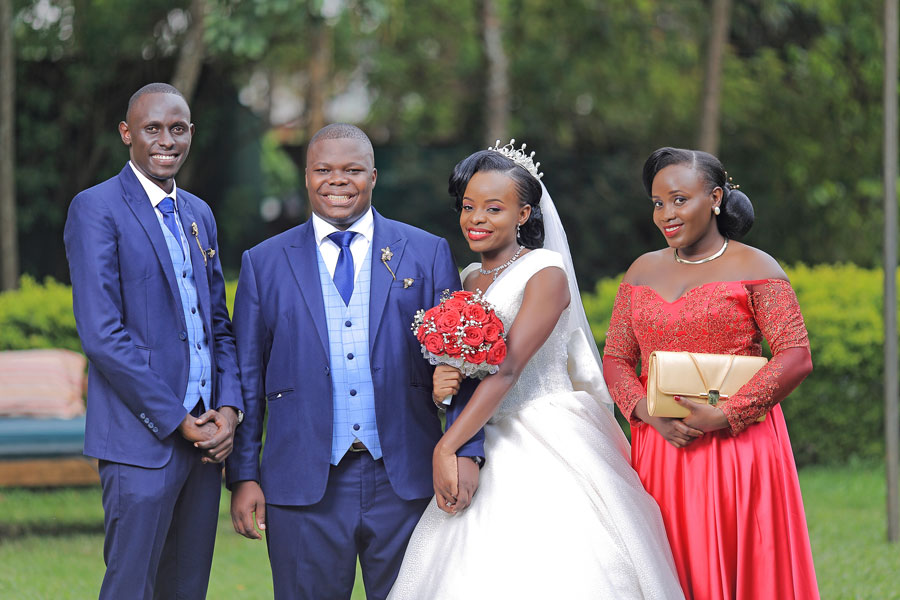 Nicholas: Brenda is beautiful, young and one of the first things I learnt about her was her marital status- she was single. Even then, she had never dated anyone. I could not miss a chance of being her one and only boyfriend and let alone husband. She is down to earth, calm and not demanding.

Brenda: Nicholas is God-fearing. The time I saw him at church, he was one of the lead guys and that attracted me. He is generous, friendly funny and handsome. 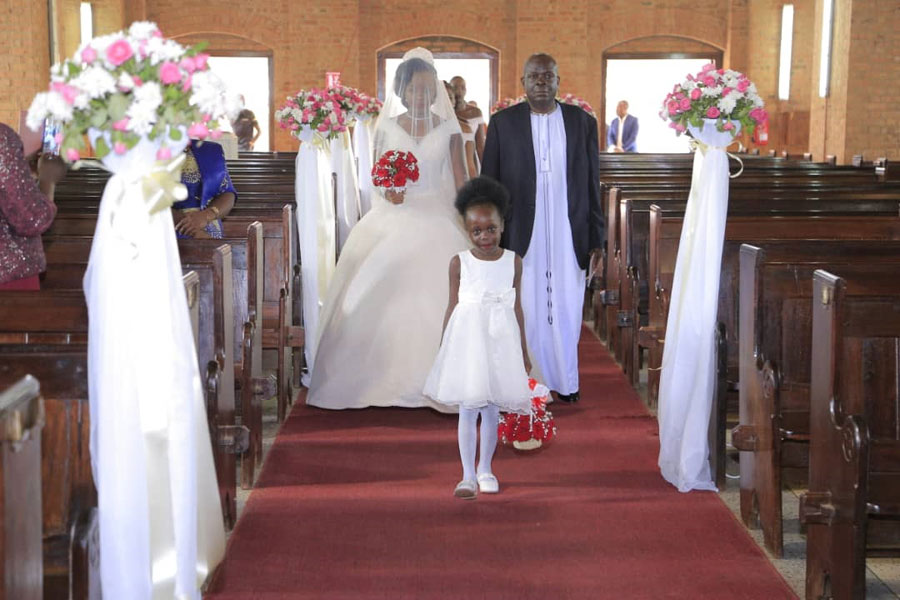 Nicholas: About Shs38m, the biggest item being the food since we had invited about 300 people. Photography cost about Shs8m, and the decoration. We had 100 people from our families and friends respectively. Our families and friends contributed through wedding meetings since every plate cost Shs40,000 and the food bill was cleared that way. This plus our savings.

Brenda: I did nothing in the preparation save for shopping for the gown. My husband did most of the preparations and my job was to find him in church.

Did you face any challenges?

Nicholas: I had always wanted an all-white wedding. So, the theme had to include white.

Brenda: White, red and gold. I loved the idea of the roses being red and the yellow fit in with everything. So we chose those colours.

Nicholas: No, we did almost everything ourselves. None of our services providers disappointed us.

Brenda: The cake, food, and decorations all turned out great. Guests turned up in big numbers and I was happy.

Where was the church and reception? 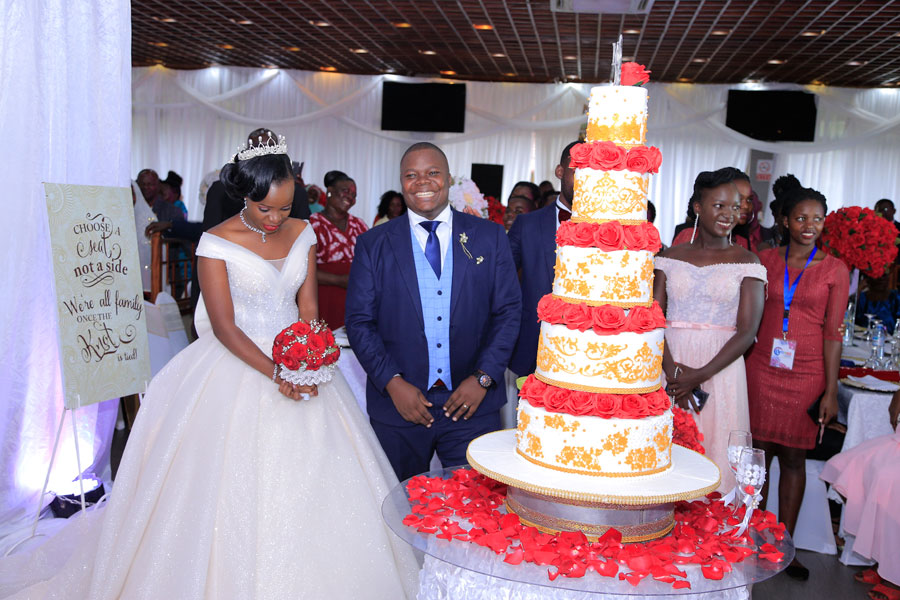 Nicholas: Namirembe Cathedral because my grandparents were fundamental in the construction of the church. So, my family insisted that we go there. This cathedral is looked at like the pillar of Church of Uganda and my wife’s family was also happy with the suggestion.

Brenda: We had our reception at Arirang Restaurant, Nakasero. The hall set up was amazing, the lighting at the reception, it is central and convenient. The food was well-priced and it was part of the venue package. They offered us accommodation that night and breakfast in the morning.

What did you enjoy mostly? 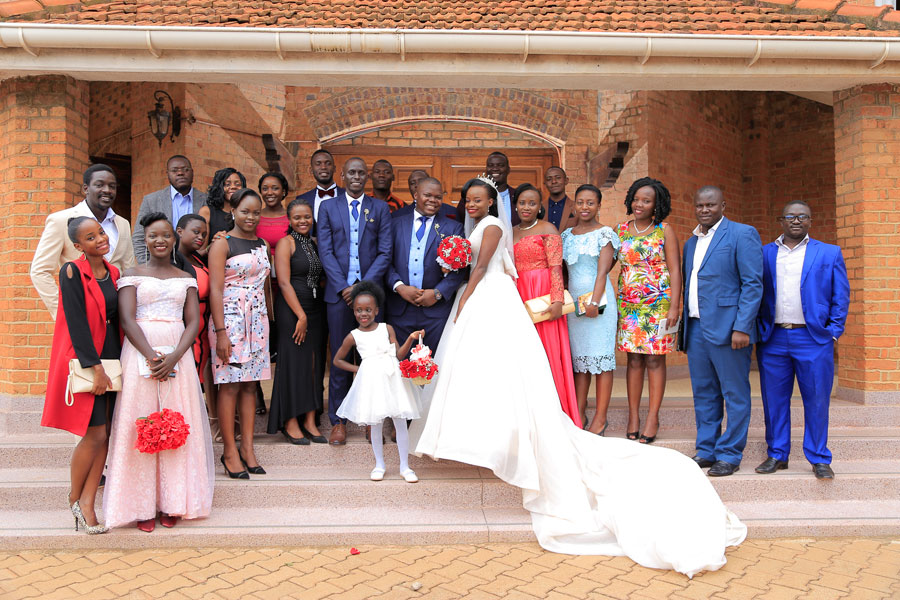 Nicholas: When we came out of the vestry, we were pronounced husband and wife. I had dreamt about it and the moment came to pass. Brenda: Everything went according to plan, I enjoyed every bit of it. The food was on point, people turned up- even more than we had invited.

What went through your mind during the ceremony?

Nicholas: Finally, it was getting done.

Brenda: I was late for my wedding. The fact that he cooled off easily kept me thinking how lucky I was to have him in my life. My matron, our best man took care of every little thing and  I just lived the moment.

Did you go for premarital counselling? What did you learn from it? 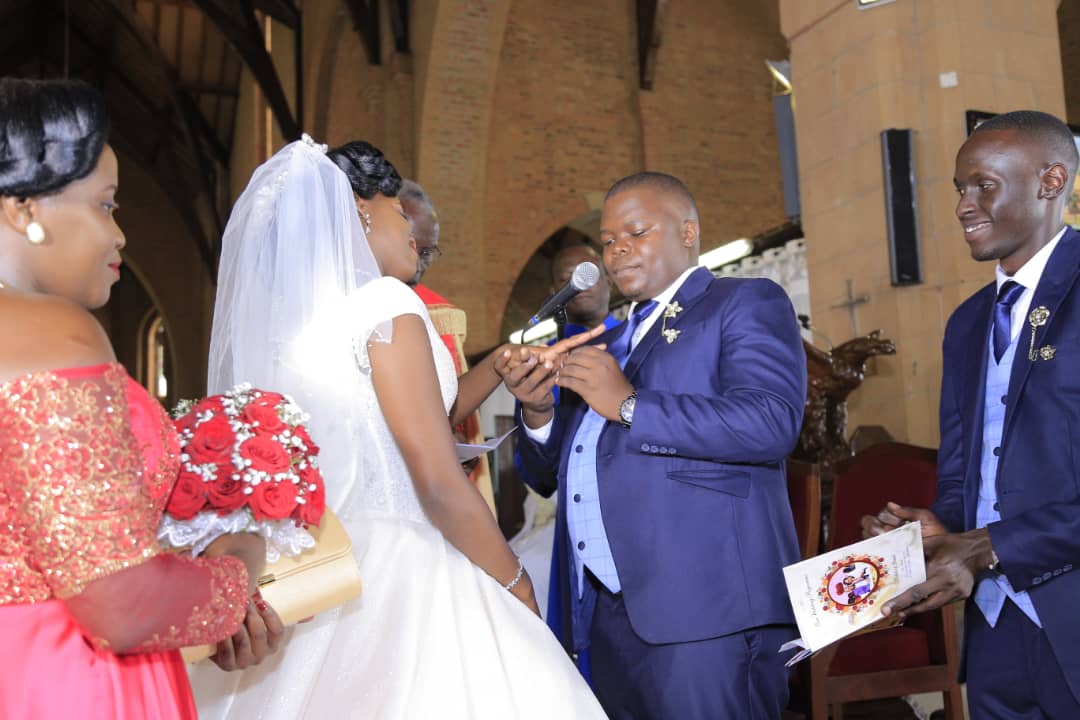 Nicholas: Yes, at Namirembe Cathedral led by Vicar Joe Julian Kyeyune. We were encouraged to join mother’s and father’s union, what to expect in marriage and love each other.

Brenda: I was taught how to live with each other, flexible in our marriage, how to balance finances, relatives.

Who were your bridesmaids? 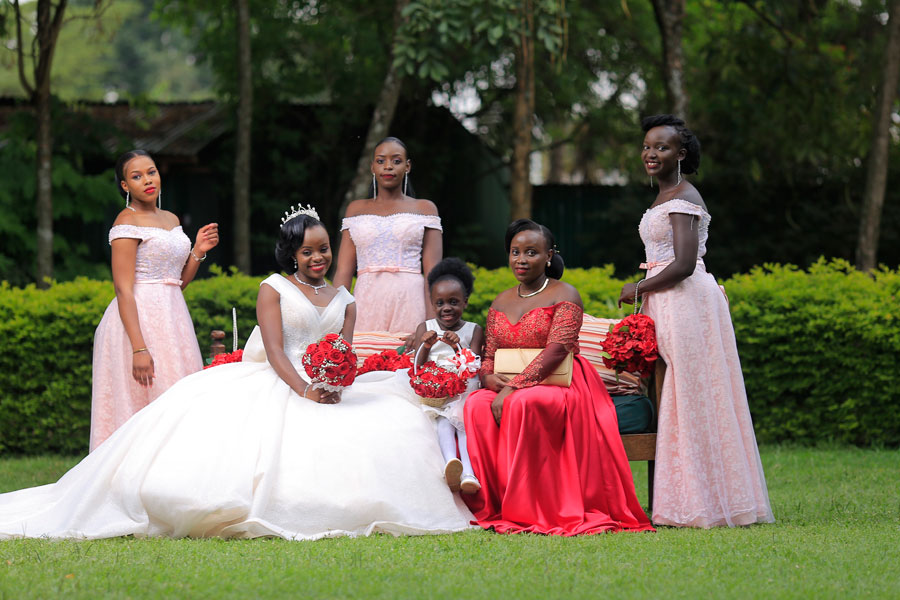 Nicholas: I chose my nephew, a close family friend and my other friend. They were really close to me, not forgetting my best man, with whom we are so close.

Brenda: My sister, my cousin, a family friend and I got a close friend for matron. Having a circle of friends, these people were there for me all most of the time. 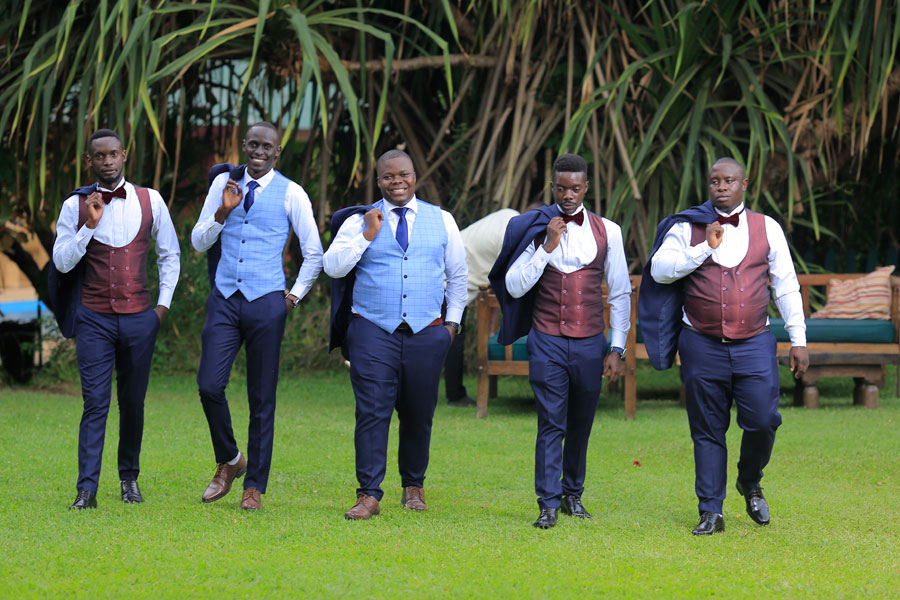 Where did you shop?

Nicholas: My navy blue three-piece suit was tailored. I was referred from my aunt to Luke’s Nsambya, who made for all the grooms and my best man and I.  I later realised he was good and he later introduced us to his salon and that where we had our make-up from. We bought both of our rings from Archan Jewellers, Acacia place.

Brenda: I hired a gown at Shs2.5m from Bridal World. It also came with an offer of the flower girl’s dress. They gave me a variety of gowns to pick from and had great customer services. They would keep updating me about anew stock and fittings, and the offer was convenient for me.

Did you think of going to honeymoon as vital?

Nicholas: I really wanted the honeymoon so much. I nearly let it go as Brenda wasn’t very interested but figured I should take her on travel since she had never boarded a plane. We went to Dubai since there is a lot to see and it was affordable too. It was our first time to go to Dubai.

Brenda: I was not into the whole honeymoon thing. I wouldn’t have cared if we hadn’t gone.

Did you have any debts after the wedding?

The significance of gifts exchanged during kwanjula