A wedding ceremony procession is the order in which the groom, his bride, their wedding party and some close family members enter the religious venue.

Traditionally, the officiant, groomsmen, and the groom will enter first and wait at the front. Then, the bridesmaids followed by the maid of honor will make their way down. The flower girls are up next and finally, the bride will walk in with her parents. But does it have to be that way? Of course not! We always say, “There’s no law saying that just because something is tradition doesn’t mean you have to strictly follow it.” Couples who choose to be creative and shake things a bit up usually leave their guests in awe.

However, William Katumba, an event manager with Ka2mba Deco Kingdom says the couple should first ensure the officiant of the ceremony is okay with spicing up things at the procession because there are some churches that prefer to strictly stick to the traditional way of doing things.

While keeping that in mind, for those who are looking for creative ways to spice up things during their walk down the aisle, here are some unique ideas that you can incorporate; 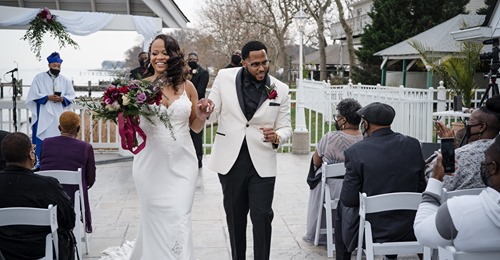 The first thing is ensure your walkway is well decorated so that it provides the perfect backdrop for you and your wedding party.

Apart from the usual placement of a red carpet adorned with flower vases, Katumba recommends couples to consider adding a bit of glitz and glamour to the décor.

He suggests wiring lights or placing candle lamps along the red carpet which can only be switched on when the entourage is marching.

“The decorator can also put a smoky effect as the entourage is walking down the aisle to make the whole atmosphere look heavenly,” the event manager suggests.

Announce your entrance with a bang

The entrance of the wedding party is usually announced with a song but wouldn’t you like it to be dramatised a bit.

Katumba suggests the option of playing instruments like trumpets, drums, guitars, saxophonists to alert everyone when the bride is set to walk the pathway.

He shares of a wedding where the couple hired Isaiah Katumwa, a Jazz musician to play some of their favourite love songs with his saxophonist as each walked down the aisle.

Let the groom have his own moment

In many ceremonies, the groom and his groomsmen usually enter quietly without being accorded the same attention as the bride. Since he is also equally part of the wedding, why not consider making him have a special entrance.

George Mukiibi, a worship leader at Watoto Church shares how as the best man to a friend, they surprised everyone with their special entrance.

“With all lights on us, the groom matched in holding a microphone as his sung to one of his favorite praise songs while I and the groomsmen were his back singers,” he reveals. “It made the congregation lively who equally joined in singing the song.”

If the usual religious hymns that are sung during the walk down the aisle is just not your type, consider selecting something that fits your personality and taste.

Christine Nankya Ochen, an events manager with Elegant Events shares of a beach wedding where each partner selected a love song to be sung by a band as they matched to the altar.

Mukiibi also reveals that his friend surprised his bride by singing a love song as she was being walked to the altar.

“The bride cried tears of joy all the way to the altar,” he says.

Dance all the way 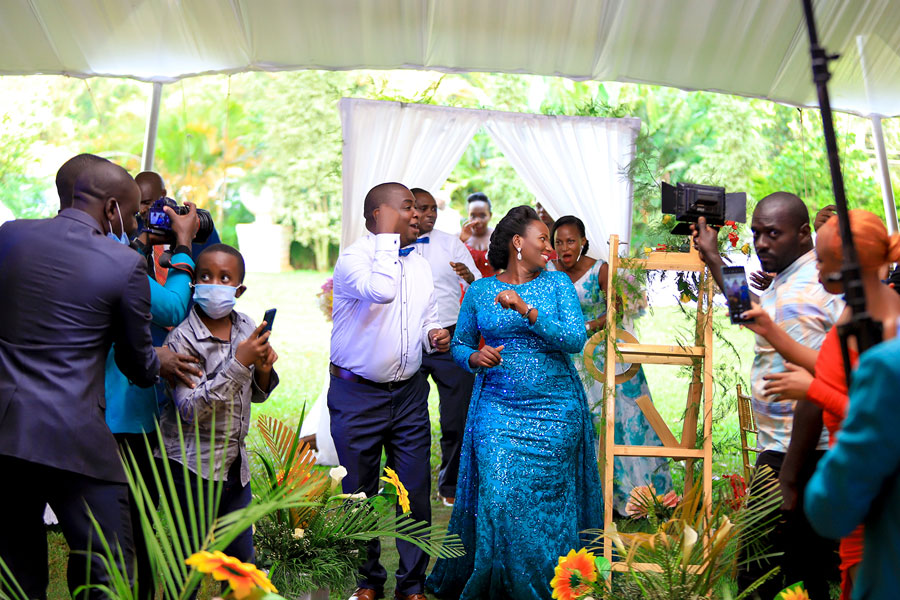 Instead of the usual walking down the aisle, Nankya says she has witnessed some jubilant brides who dance all the way to the altar.

Nankya shares of a cousin sister who preferred to dance with her husband to the altar for their 25th anniversary wedding.

“There is a way it made the congregation lively and everyone was brimming with excitement after during the exchanging of the vows,’’ she shares.

Walk with your mother

It is common for a father to escort his daughter to the aisle solo but for mothers, the cases are few. But if you are the type of daughter who was singlehandedly raised by your mother, there shouldn’t be an issue of her walking beside you without a male figure. This should be a way of honoring her efforts in raising you to the lady you have become today.

Nankya agrees and shares that during her wedding ceremony in 2016, she only walked down the aisle with her mother.

“This decision did not make some of my relatives happy because they wanted me to at least have an uncle beside me,” she reveals. 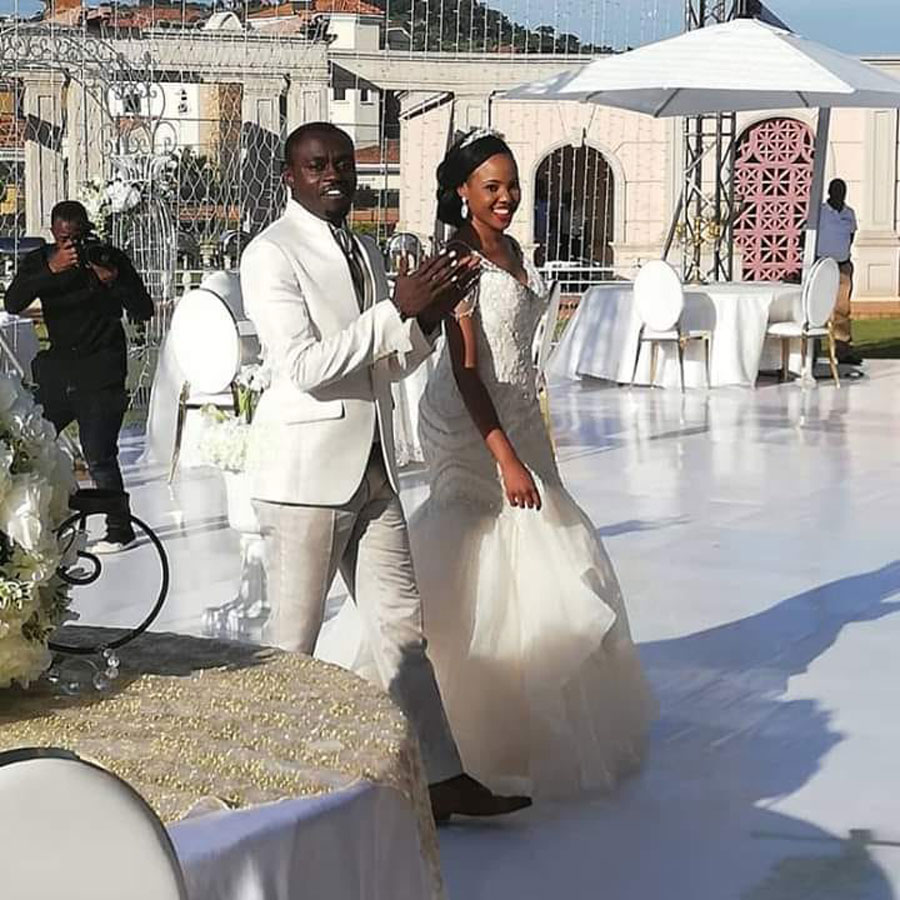 Usually, a bride is escorted by her parents as the groom keeps waiting at the altar.  Katumba reveals that now there is a new trend where the bride walks half the way with her parents and then, the groom comes to the middle to take over, and then, they can walk together towards the altar.

This trend was seen during the recent British wedding where Meghan Markle walked half alone to the aisle of St George’s Chapel in Windsor Castle alone and then Prince Harry met her in the middle where they continued the journey together.

Walk in a group

Actually, there are groups of grooms or brides who are not excited about the whole idea. For some, it is because they are not used to being a focus of attention, among other reasons.

The solution to this is to try including more people like grandparents, good friends or siblings besides your parents to escort you down the aisle.

In January this year, I attended an aunt’s church wedding that had other people walk behind her besides the parents. These were her grandparents, some siblings and relatives making ululations.

She said this helped in cutting down the nervousness of everybody’s eyes being glued on her.

Considerations before choosing your wedding hairstyle