The tenant who became the love of her life

Luka Miracle Busa and Glorious Kyiisiima started their love journey in Nsambya. Luka and Glorious were the latter’s aunt’s tenants. The two became friends and later lovebirds. They talked to us about their journey.

Having moved for long house hunting for a rental within Nsambya, Luka found a decent room to rent, little did he know he was going to find his soul mate. Glorious’ aunt owned the rooms and she was staying with her school-going niece.

“Glorious’ senga (paternal aunt) was my landlady for almost three years as I was attending Uganda Air Force College, Nakasongole,” Luka says, adding: “I remember her aunt treated me like her own child. She always welcomed me back from school and asked how I was fairing and I felt at home.”
In 2019, Luka was attracted to Glorious and expressed his interest but she was not convinced.
“I did not insist because I felt like it would spoil our friendship but it hurt so much. I was afraid that someone else would win her over,” Luka says.

Meanwhile, Glorious was in a relationship with someone else and did not want to disappoint him.
“Also, I wanted to remain friends with Busa (Luka),” Glorious says.

The two kept their friendship for almost a year until this year when Luka expressed his affection and intentions again.
“This time when I asked her to be mine, she accepted. I was over the moon and I realised that patience pays,” he says.
Glorious did not have any misgivings about Luka.
“I had known all his ins and outs and concluded that he is a fine man,” she recounts. 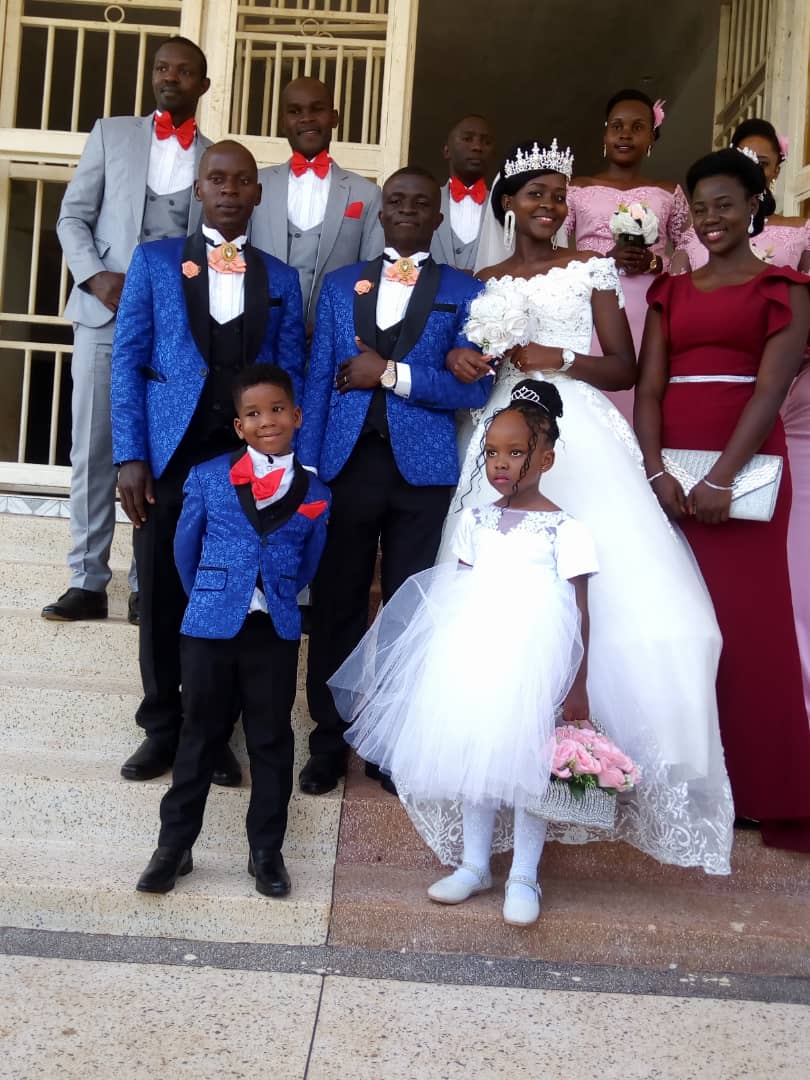 When Glorious said ‘yes’, Luka started planning the engagement. At the end of 2021 Luka went further and proposed to Glorious at Entebbe Botanical Beach.
“I just called my friends to witness and I thank God she accepted my invite. We had fun and as we were at the climax of everything, I went on my knee and, she was surprised,” he recollects.
Glorious shed tears of joy while Luka’s friends were cheering on and she said, Yes.
“I was so happy and it made me feel Luka Miracle Busa was serious with me. I left so loved,” she says.

Pre-visit
Luka says, after the proposal he requested to meet Glorious’ parents to seek their consent too. In January, this year, Luka visited Glorious’ aunt with his two friends.
“I was afraid of her aunt and imagining what her reaction would be,” he says, adding; “On arrival, she was so shocked to see me since she did not know at any one point that we would fall in love,” he says.
However, she was so welcoming, they were treated warmly and Glorious was also surprised by the stuff Luka and friends carried.

The introduction
After their pre-visit the couple started preparing for their introduction.
“It was a bit hard because of tribal differences and with time we learnt what was expected of us,” he says.
They set off from Kasese to Mbarara(Glorious home) for introduction on May 7. 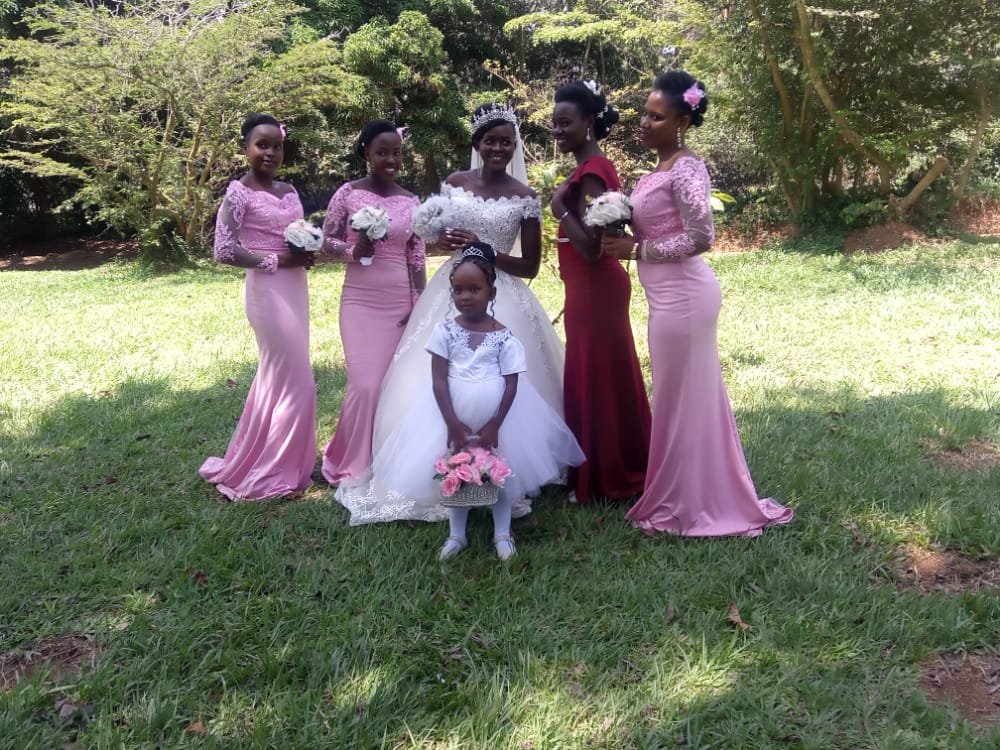 Having successfully finished the introduction ceremony, the couple wanted to settle down and start a family.
“We had wanted our wedding and introduction to be in the same month but had not agreed on the dates. Therefore, after the introduction we settled for the following Saturday,” Glorious says.
The couple says they had a committee that was determined and hardworking who assisted in doing everything.
“I had a committed and organised committee, it comprised our OBs and OGs, workmates, and friends who managed everything online in three groups,” Luka says.
They did not have any physical wedding meeting because everything was managed online.
She adds; “Most pledged and fulfilled their pledges, the committee guided us on a number of things which turned to be easier for us.”
On May 14, Pastor Aaron Mutebi at Miracle Center Church in Entebbe wedded the couple.

Challenges
The couple says everything was by God’s grace.
“We had good coordination led by our committee, we also had steady service providers,” Glorious says.
However, Luka developed some stress when a work programme nearly collided with their wedding dates. They were supposed to report on May 2, yet their introduction was on May 7, but by God’s grace it was cancelled and he rushed to apply for his leave.
Most memorable thing
“I prayed that God blesses my day with good weather because it was raining in Entebbe and by God’s grace the weather was great,” Luka recalls.
He was excited to see Glorious as she smiled in her white gown while she cannot forget the many guests who witnessed their marriage.
“I asked myself, ‘who are we to make all these people look at us,’ Glorious says. 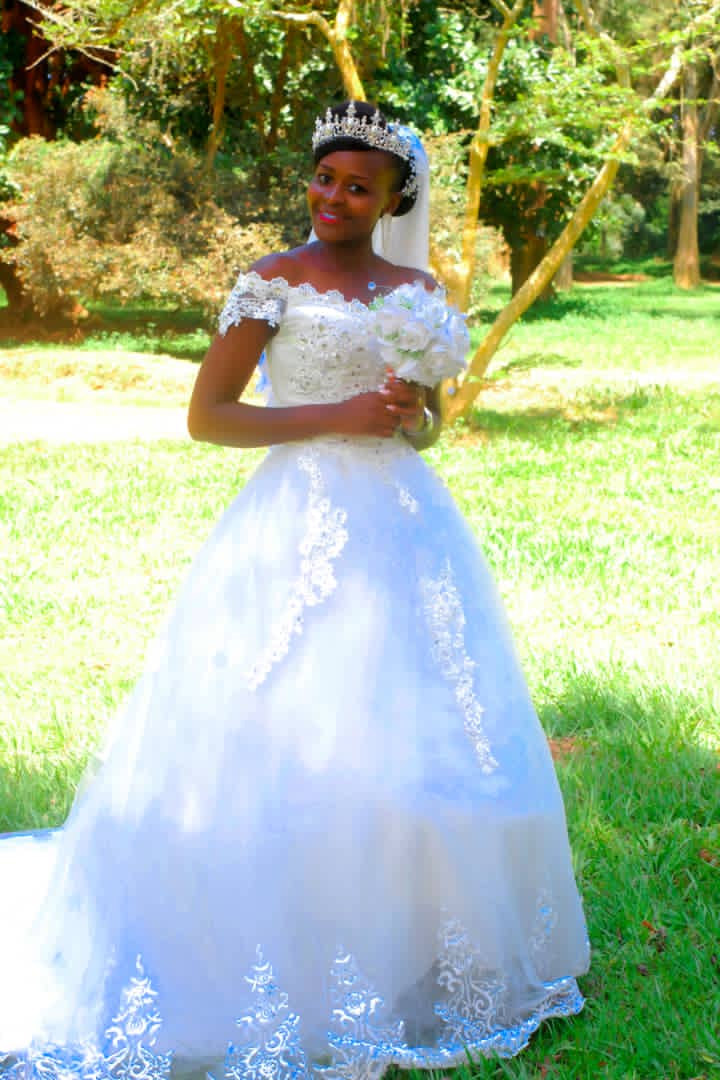 Advice
To those preparing to wed, “they ought to understand their financial capacity and avoid copying or comparing themselves to others,” Luka says.
“Do not do a wedding to please others because you will overshoot your budget and remain in debt,” says Glorious.