Andrew Ssempijja and Deborah Nambi were church choir members and had seen each other for some time but had never talked beyond the church fellowship. They shared their love story with Beatrice Nakibuuka.

Andrew Ssempijja spotted Deborah Nambi two years after he had graduated from university in November 2016 when he was an usher at a friend’s wedding. At the time, Deborah was searching for employment.

“I was ready to settle and get committed and I used spiritual eyes to spot her. When I spoke to our pastor about Deborah, she approved of my choice,” he recalls.
One day, as Deborah walked with a friend after choir practice, Andrew came along. While Deborah’s friend asked for Andrew’s contact, he also asked for Deborah’s. She reluctantly shared it since they were all choir members.

“That evening, he texted to ask if I had reached home safely and the subsequent months, we talked like casual friends but I got angry whenever he did not answer my calls or delayed coming to a date,” she says.

Andrew realised that she liked him and on Valentine’s Day in 2017, as he dropped her off home from a date, Andrew said, ‘I love you and I know that you love me too’. From then on, he became protective of Deborah and almost followed her wherever she went to ensure that she was safe. With time, Deborah admitted that she was in love with Andrew. 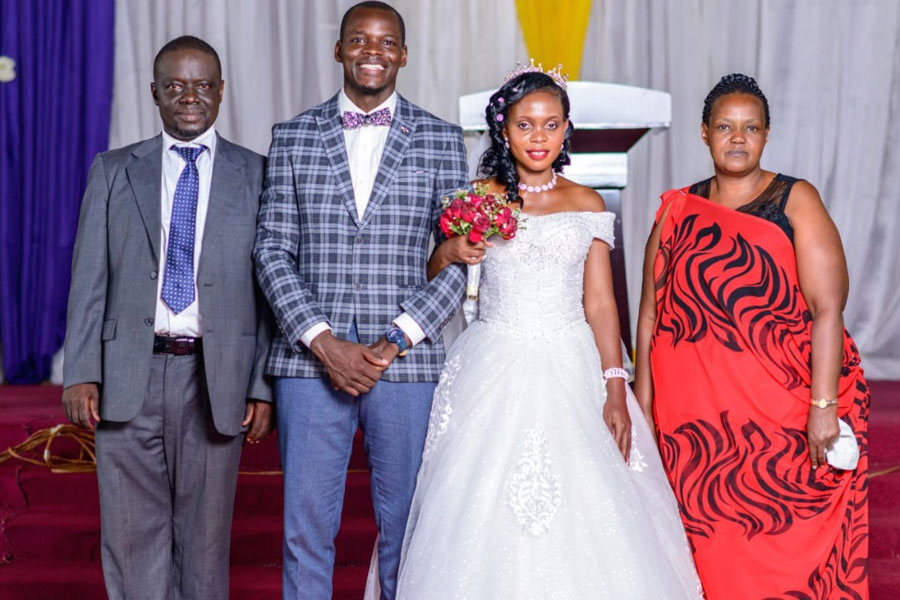 They had plans of what they wanted their home to be like; discussions similar to what most couples plan for their relationships. In December, the same year, they held kukyala but two months later; Andrew went to work abroad. He would return after four years.

“He did propose but he had promised to return and marry me. We had great plans for the future together. I knew that while I waited, he would be sending money for us to build our house,” she says.
She kept in touch with Andrew’s family even after he left in 2018 and on her birthday August 8, 2020, his sister invited her for dinner.

“As we walked out of the restaurant, a number of friends waited outside and his sister brought a ring and asked me if I would marry her brother. It was a great surprise and overwhelming for me. I said yes,” she recounts.
The couple had planned to have their wedding by the end of 2020, but due to the Covid-19 travel restrictions, Andrew could not return so they postponed it to the following year.

“The second lockdown was announced on the second day of our wedding meetings and people could not attend. Many asked us to postpone again, but I had made my Deborah wait for so long. I had to do everything in my means to ensure the wedding happened,” he recalls.
There are some friends that stood with him and without meetings, they were able to get the money they needed for the events. He would send it to his fiancée and it was her who sourced all the service providers. 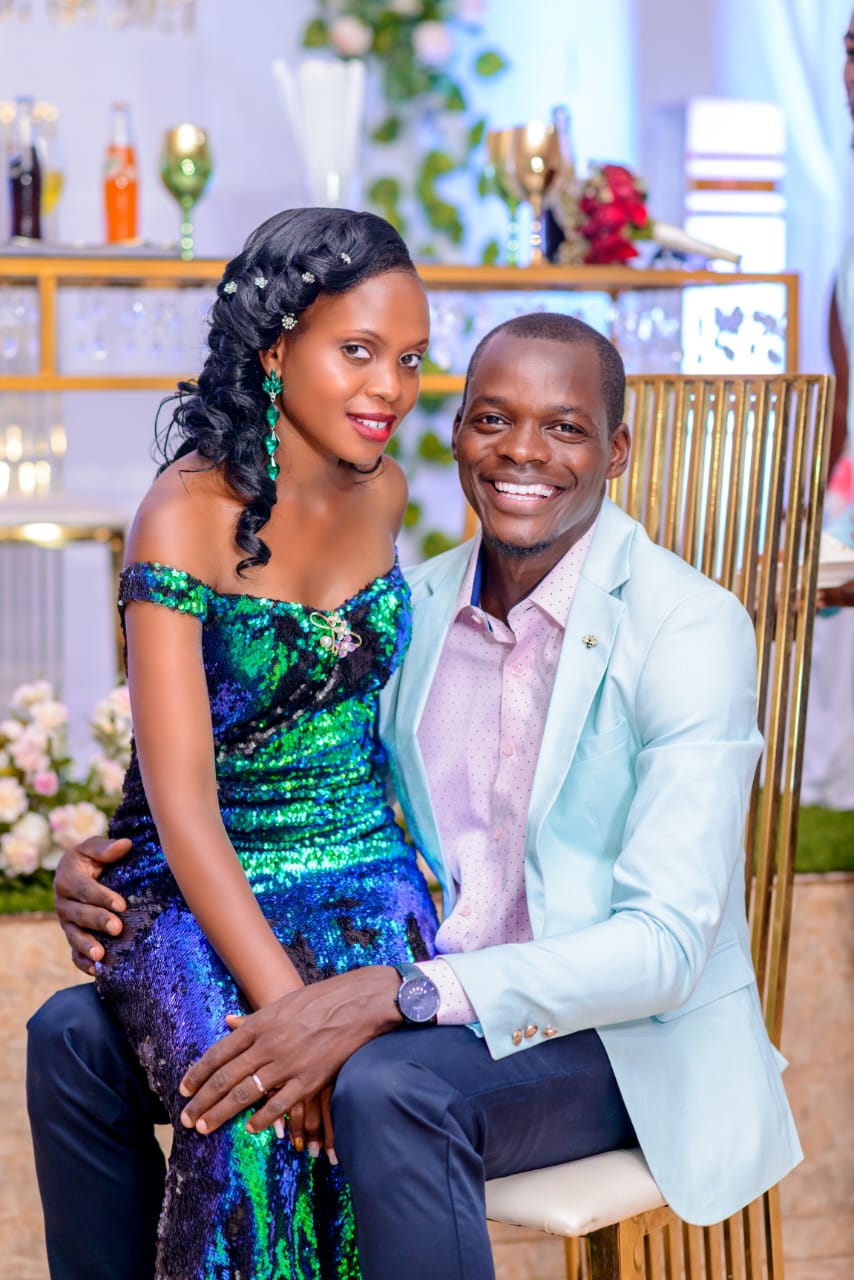 “I lost my job during the lockdown and I entirely depended on him. Fortunately, we had a house but I had to look out for all the service providers by myself. Many times, I had to walk there since taxis and boda bodas were not allowed to carry passengers,” Deborah recalls.

The introduction date was approaching but the agency that hired Andrew delayed to prepare for his travel. He at last had his travel documents but on the same day he had to be at the introduction. He needed about 30 hours to be at the event.
“Many people talked ill about my husband. I asked the service providers to postpone it to the next day for the introduction because we kept in touch and agreed. Most people kept thinking that he was going to be a no-show,” she recalls. 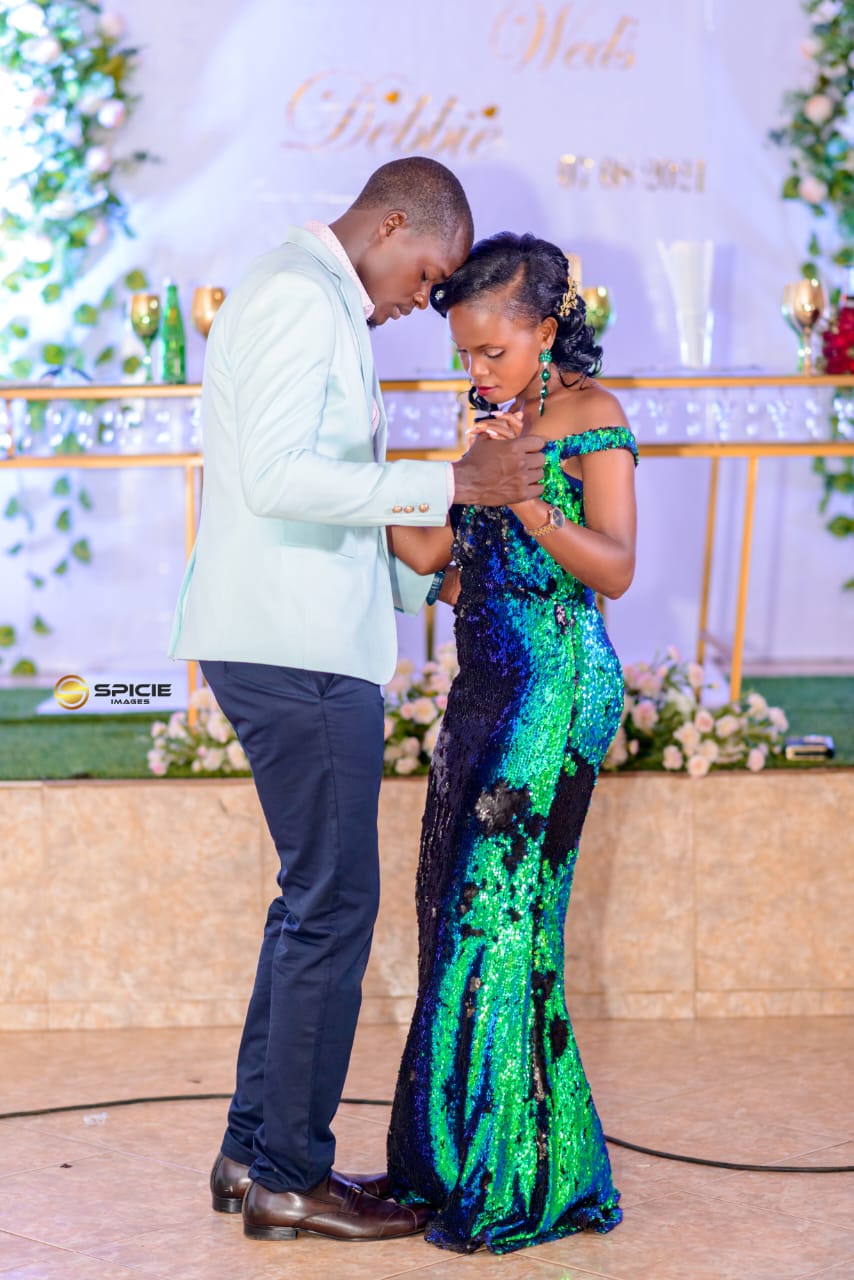 It was a lot of pressure for her but she kept strong, having faith that her fiancé would return and when he arrived at the airport, at about 11am, he headed straight to Deborah’s home for the introduction.
“Many people did not believe I had come,” Andrew remarks, “I was very fatigued but I had to fulfill the pledge I had made to her. Fortunately, she and the team had prepared everything so well, including my clothes. I just had to go to her home and be present at the introduction.”
The wedding day was the next day, so Andrew did not have to stay long. When the essential parts of the introduction were completed, he left so that he would get some rest and also prepare for the next day.
The best moments according to the couple was after they had made vows to each other, but they missed the presence of their friends since this was a time when crowds were not allowed. 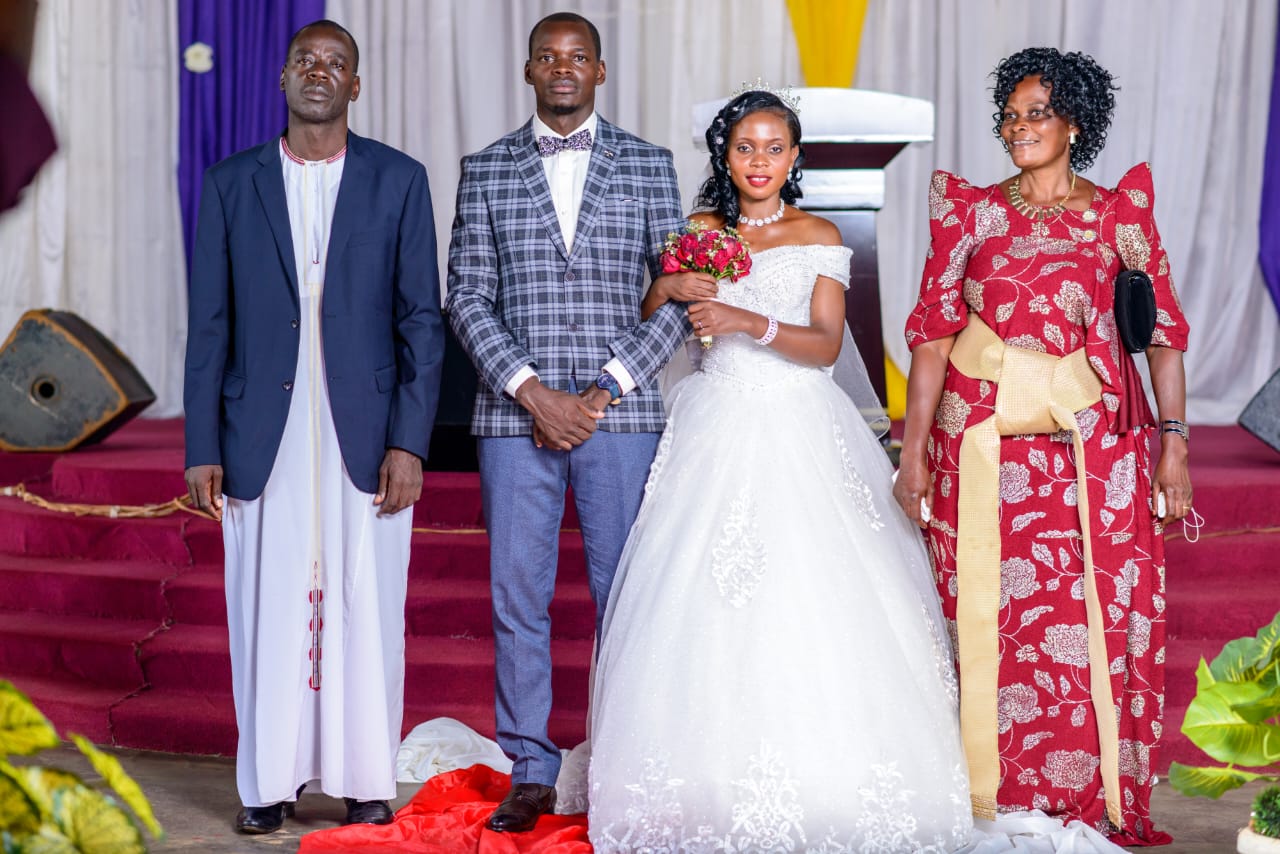 “If we had the opportunity to redo our wedding, we would invite most of our friends. It was a hard decision choosing who would attend. It would have been much fun if many of our friends had attended,” he says.

How to organize a pre-wedding photoshoot