“Ngenze!” Comedian Emeka calls out to friends, leaving them laughing as he is hand picked to be introduced as the groom of the day.

The  KFM’s K-Drive host and renowned wedding MC, Mr Collins Emeka commonly known as The Romantic Mukiga made the statement as he being introduced today December 27, 2022 by his girlfriend Macklyn Asiimire, C.E.O MK Kollections at her home in Kigoma Nkanga Nyabubare Igara Bushenyi District.

The statement is a doubled edged sword carrying not only humour, but also surrender to the new journey the comedian is embarking on with his partner. 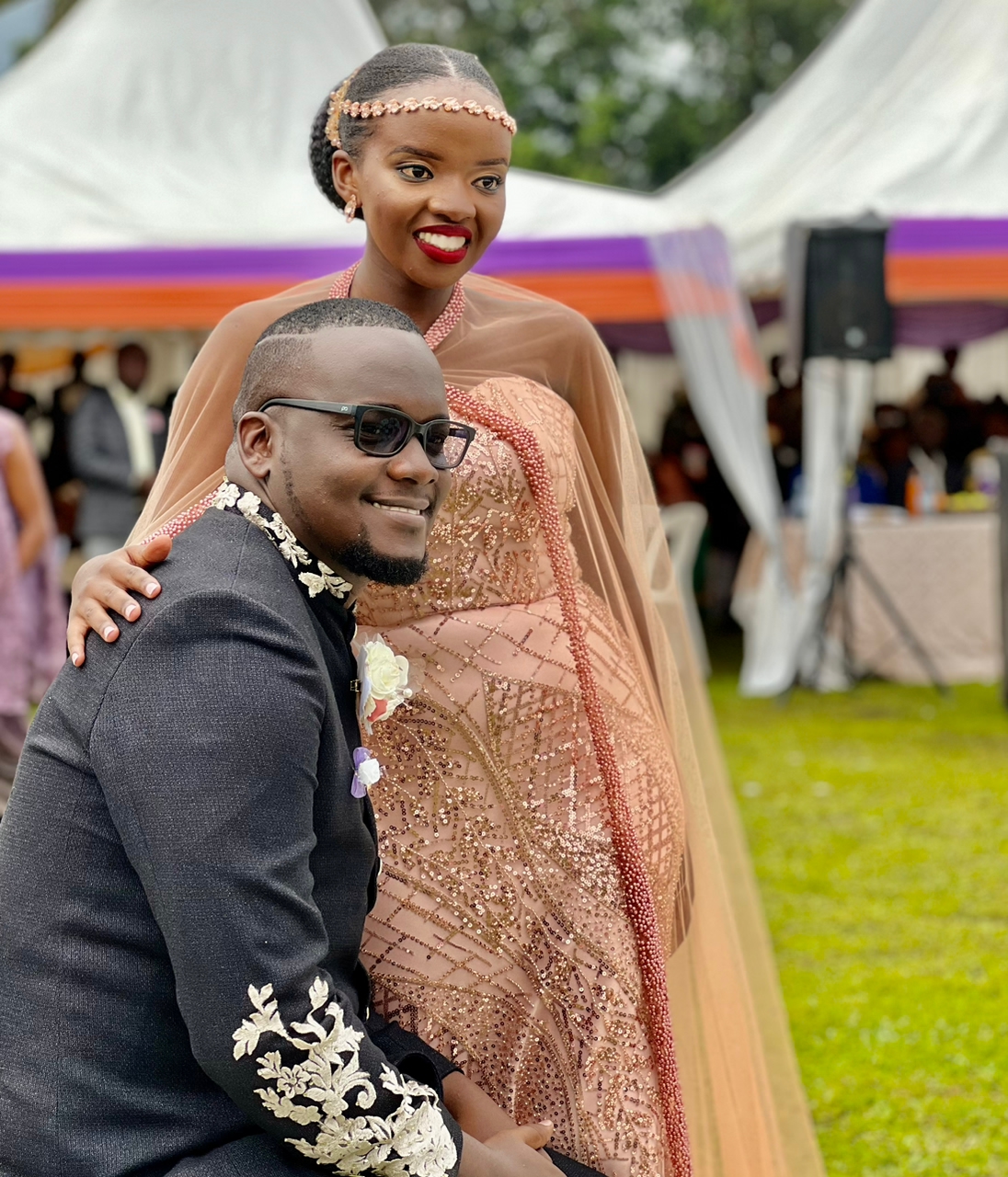 Emeka wore a custom made black ensemble with decorative white embroidery while his wife-to-be stunned in a dress designed with a thrown on trail.  The bride accesorised her attire with a bejewelled headband matching her attire. 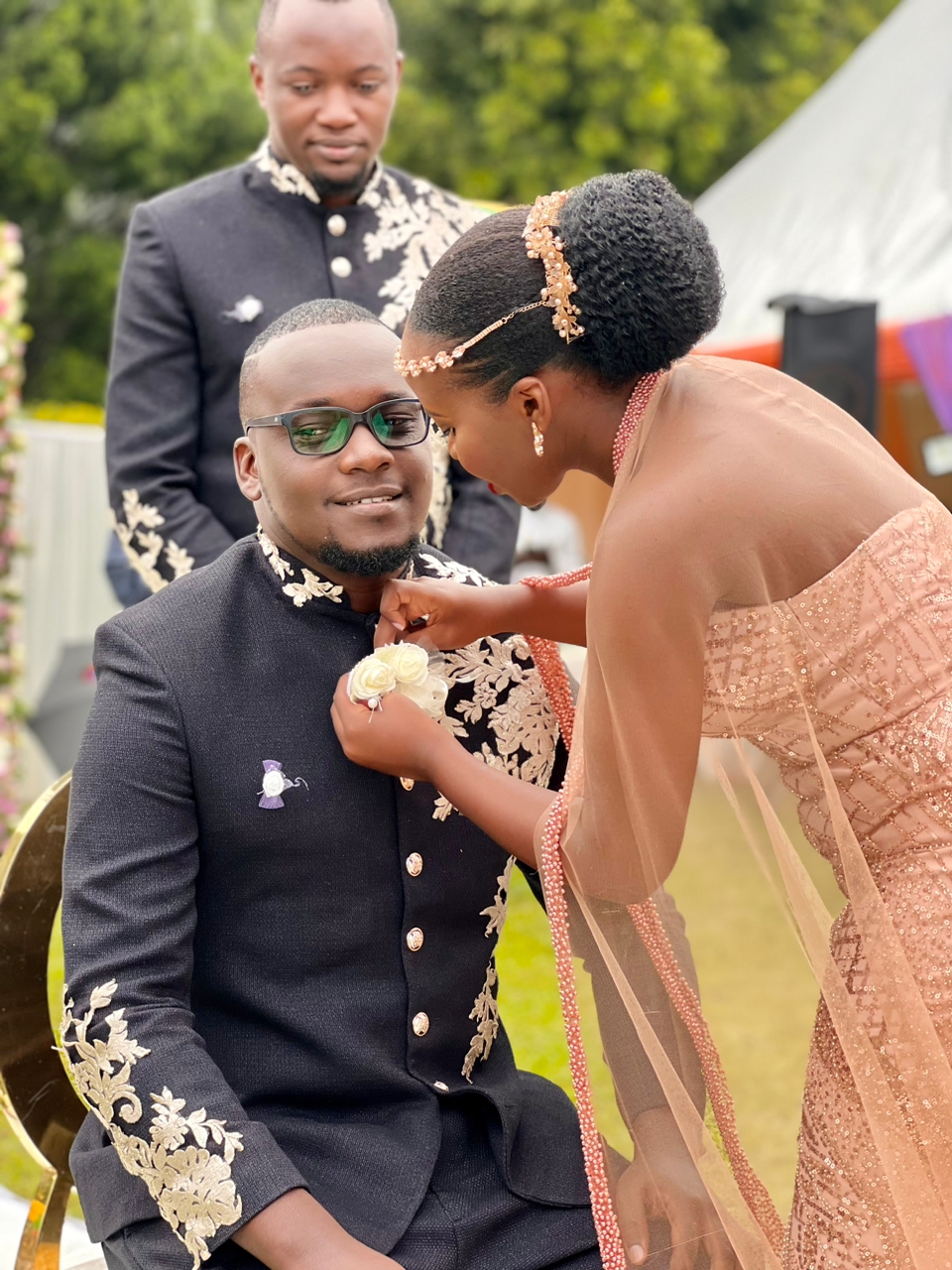 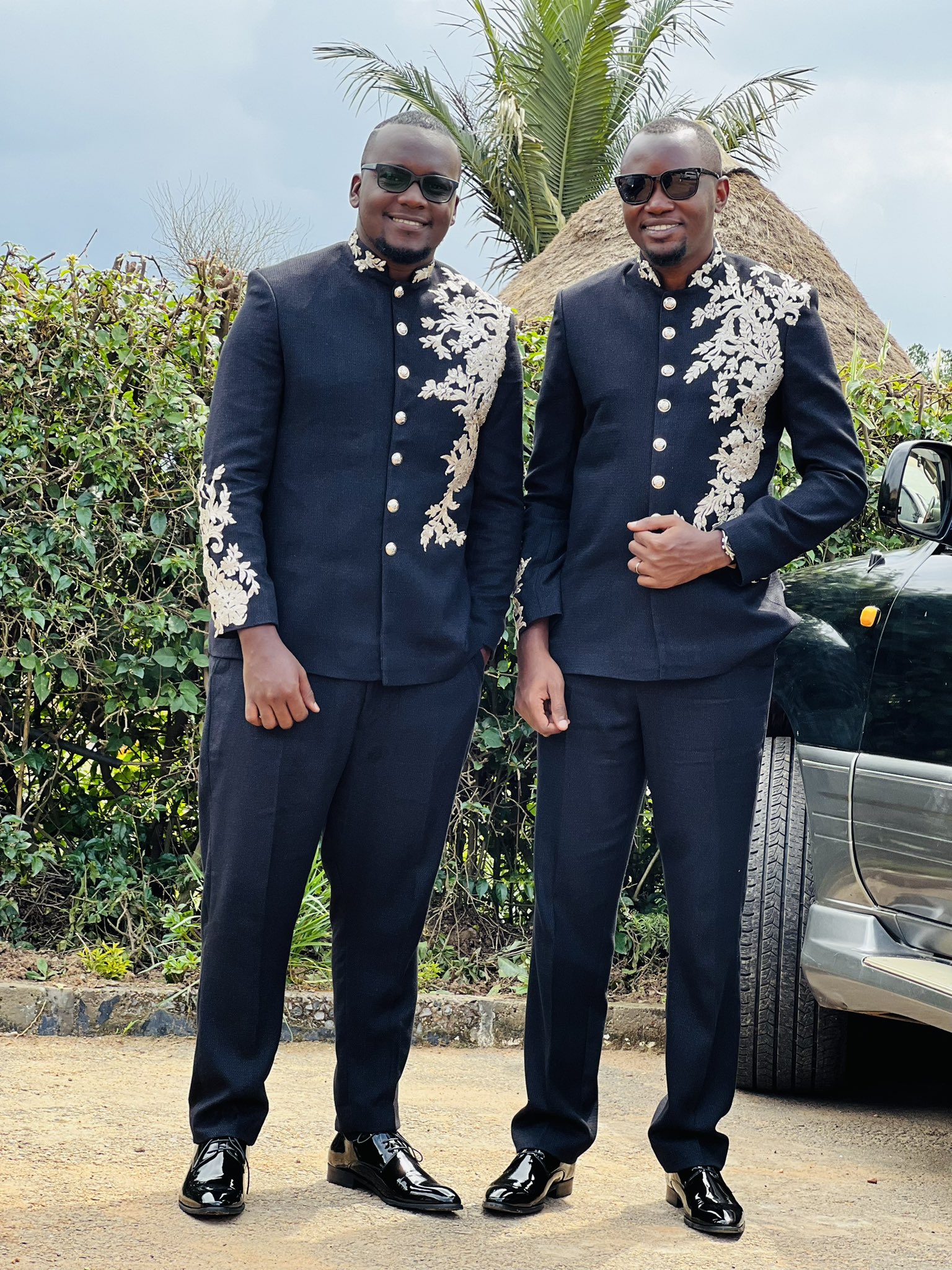 The Romantic Mukiga could not hold back the excitement as he kept sharing snipets of the function on Twitter.

“May God’s favor and blessings be upon you @emeka_ug,@MacklineAsiimi1 and your families and grant you a beautiful day.”It’s a big step; all the best.”

May the loving Lord, pave the way for the new journey you take beginning today. Lots of gratitude and best wishes onto you and @MacklineAsiimi1 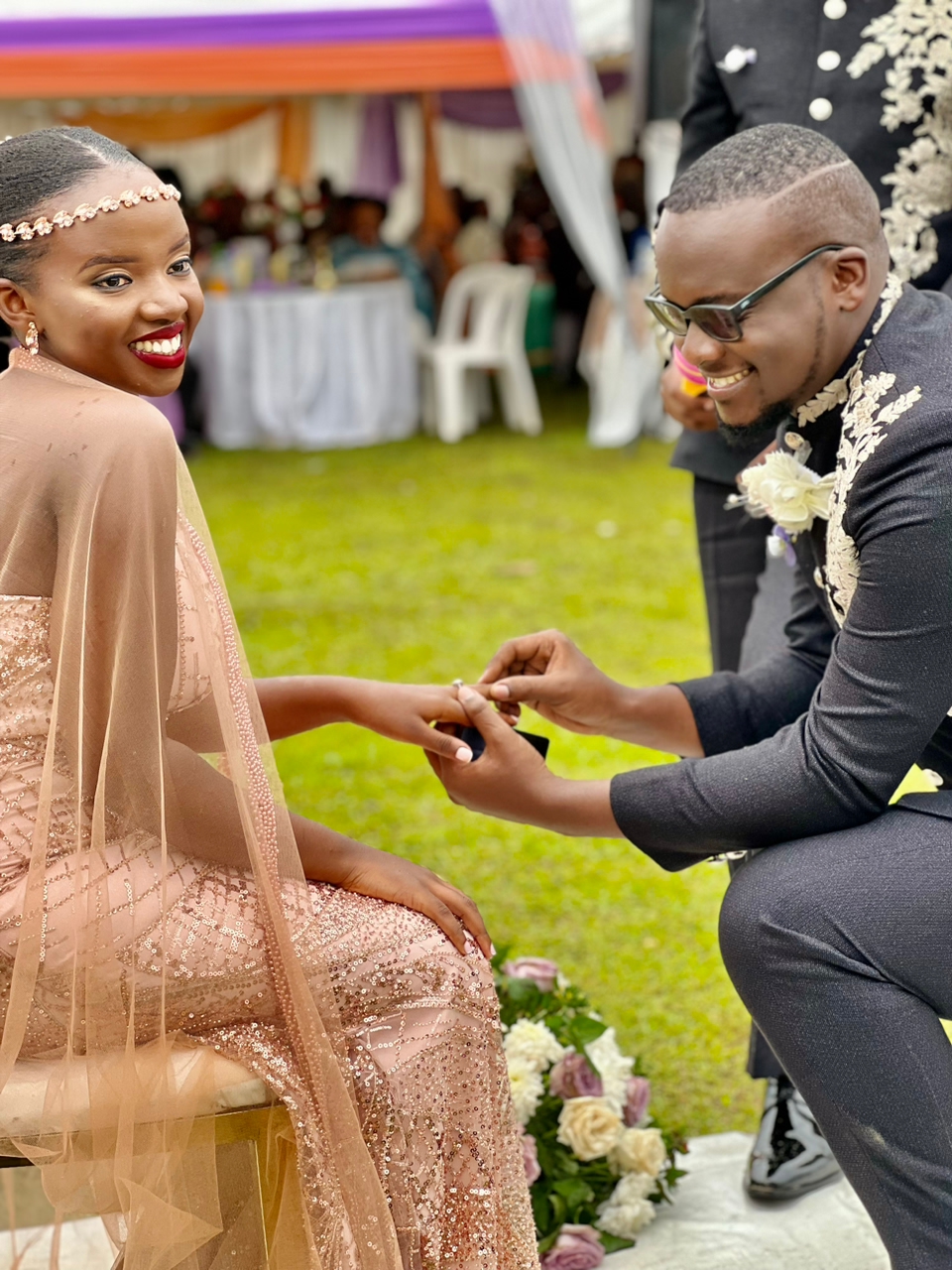