Photos: What you missed at ‘Oli Katonda’ singer’s introduction ceremony with city lawyer

by Esther Nantambi
in Photos & Video
0

Many know her for her hit single Oli Katonda, yet some will trace her voice back to when it featured in Pastor Wilson Bugembe’s songs like Kani, and Mukifo kiri, among others. Soon rumours were buzzing about her being in a relationship with the youthful celebrity pastor.

In an interview at her Oli Katonda concert, Bugembe explained that he met Nabbosa during her Senior Four at one  of his concerts. She had Shs200 and could not be let in for the entrance fee was Uganda Shs3000. He led her in for free, and her young self gifted her Shs200 to him on stage. After that, she never left Light the World Church, Nansana where her voice was discovered and she now is a co-pastor

What we all didn’t know is that at the launch of Bugembe’s Komawo Eka hit, city lawyer, Jonathan Muwaganya eavesdropped a conversation about how disciplined she was and decided to get her number. The two have  dated for three years and Nabbosa introduced him to her parents in Kamuli, Eastern Uganda about two weeks back. They wedded a week later. Here is the kwanjula ceremony in pictures. 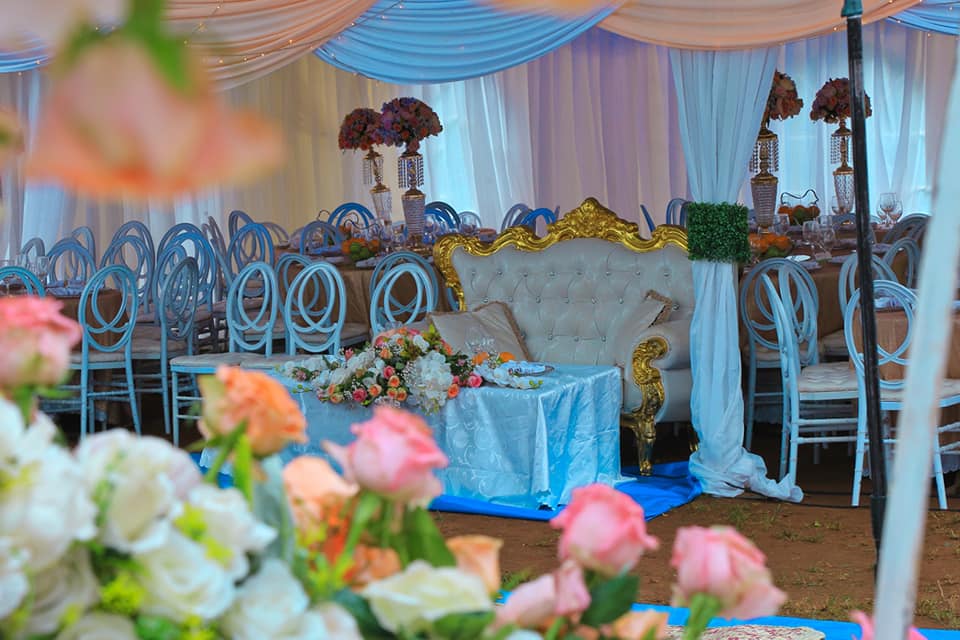