On Saturday, comedian Edwin Mukalazi, famous for his Trick star show which airs on NTV said ‘I do’ to his partner, Ritah Nagaddya and choose to have a female best man.

While some people are simply congratulating the couple, others are not amused by this repetition in events.

‘’What is happening to the so-called world?? So now women are becoming men and men women??? No doubt sign of judgment day,” Martin Muhangi commented adding, “Whatever it is that you men are looking for, you will get it. How can one have a lady best man?!!! Do these weddings take place in churches? What do their pastors advise them? I hope we won’t soon start to see men as matrons!” 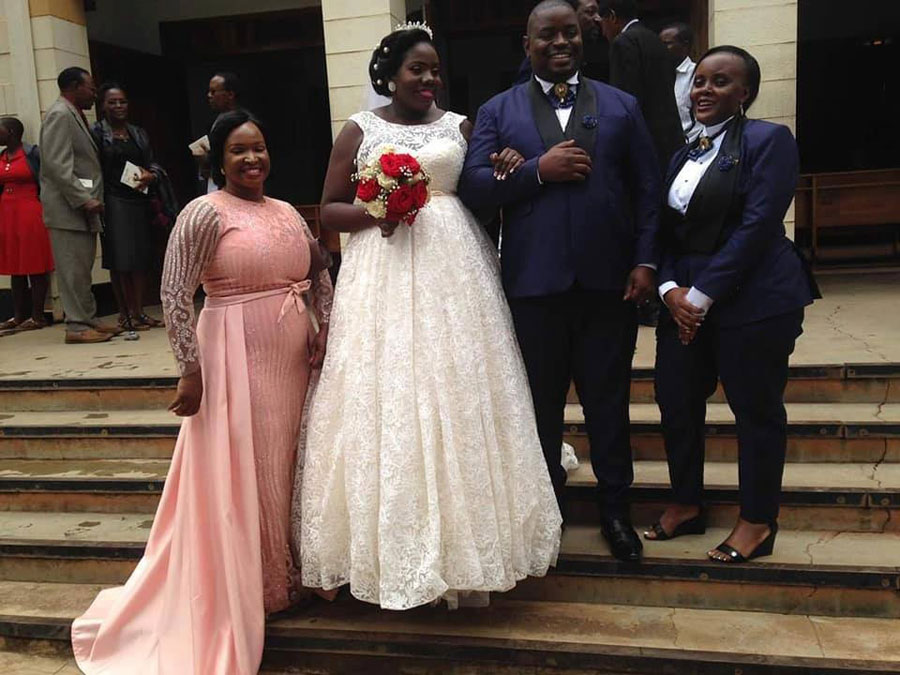 This comes after two weeks in which media platforms have been buzzing with all kinds of opinions about the issue of a man having a female aide after Edwin Musiime, a host on NTV the property show opted to have a female ‘best man’,  Anitah Beryl while making it official with co-host Christabel Nansubuga. 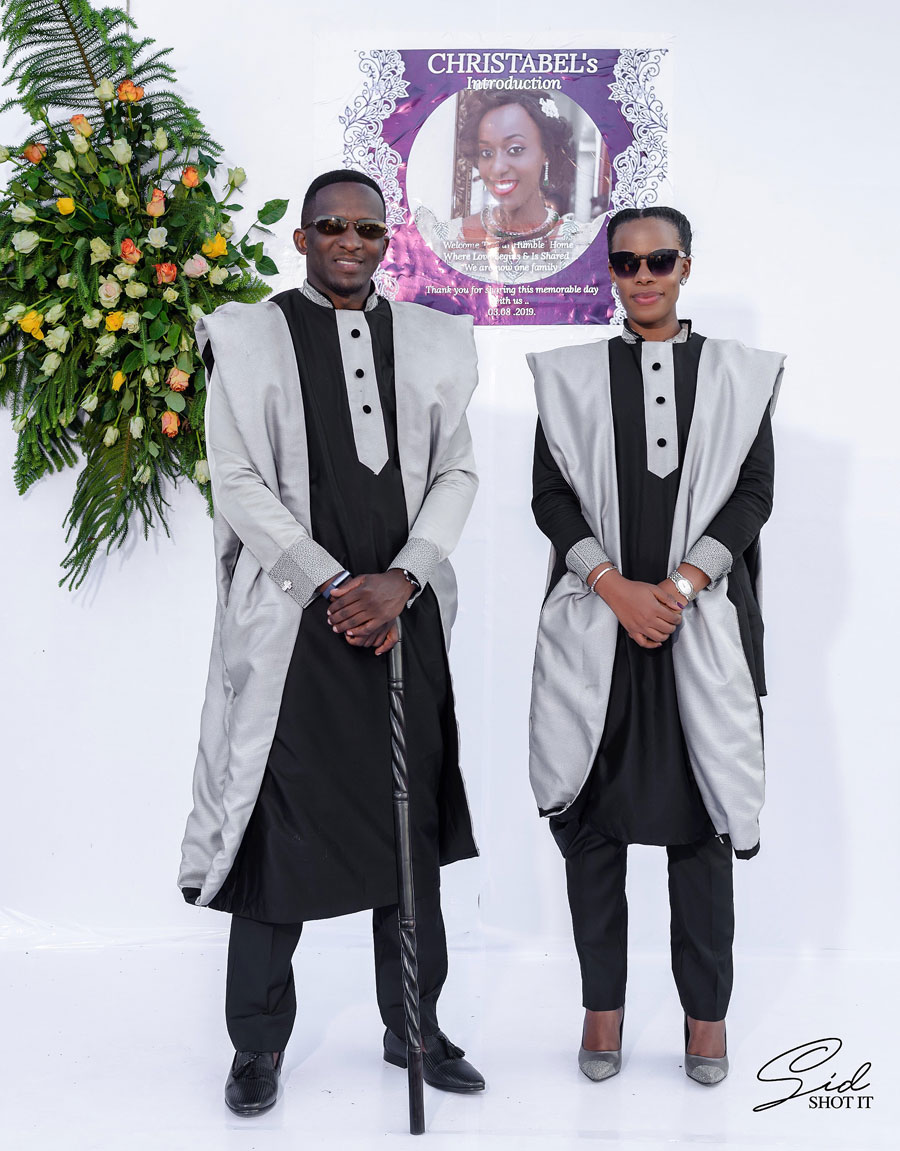 Many people questioned whether it’s viable for a man to have a female aide.

“I thought Best man is supposed to guide the groom in men issues, and maid of honor helps the bride in women issues. Naturally, men will be men, women will be women as the genes dedicate in this case. How does a woman come to help with men issues? Won’t it end up in a love affair???” Beata A. Asymue commented on one of the posts from Musiime’s wedding.

The best man exists to guide and help you through marriage, that’s why it’s advisable to have a married man. This is mainly because married men have experience and will help. Let me hope the Best Lady will perform her role when called on cause MARRIAGE IS NOT ABOUT TRENDS. It’s real life and it’s not for the faint-hearted sir! Congratulations” a one Simon Kirabo added.

What the church says

Fr Josephat Ddungu, the Chaplain of St Augustine’s Chapel Makerere has explained that the church requires a best man to be a man. He enlightened that Mukalazi’s wedding had a male best man during the wedding officiation, however, after the church had done its part, he could choose a ceremonial best man, and in this case, it was a female friend.

Some people have made allegations that the grooms might be in love with their female ‘best men’, a pinch Musiime felt the most. 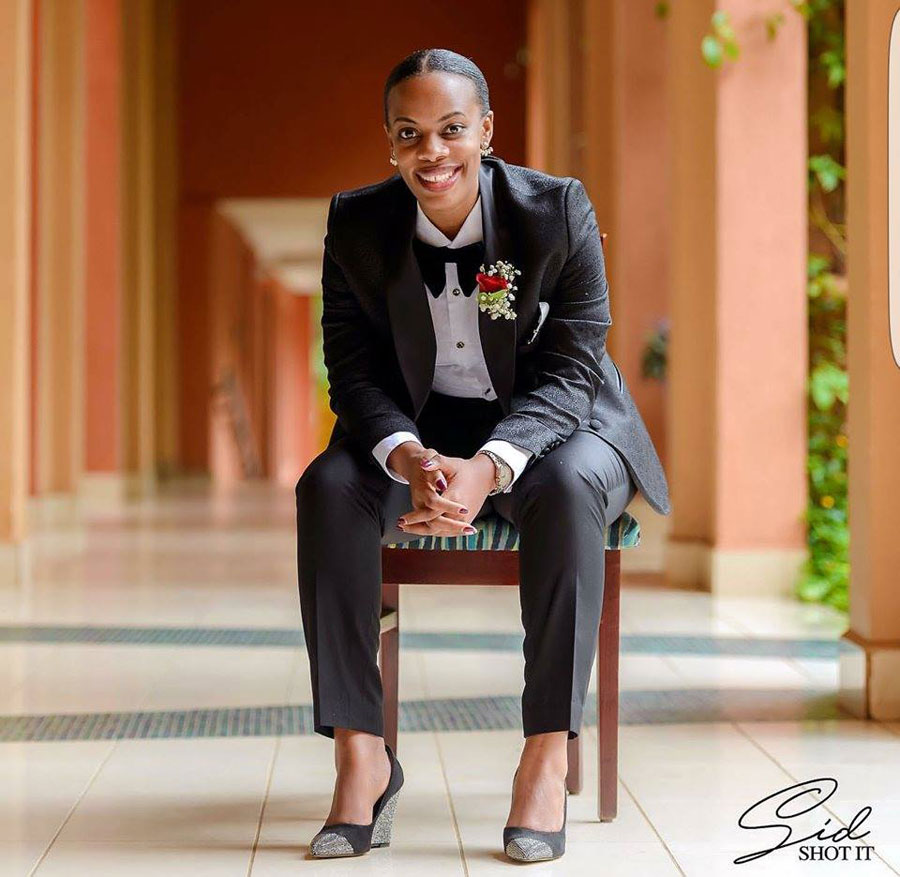 “The way how that woman rocked in suits, very soon u will hear news he has gone for her,” one person commented among many others.

In a Facebook post relating the comment, Musiime explained relating his friendship with Beryl to that of David and Jonathan’s in the Bible. He called upon people to stop being judgemental and avoid misinterpretation. 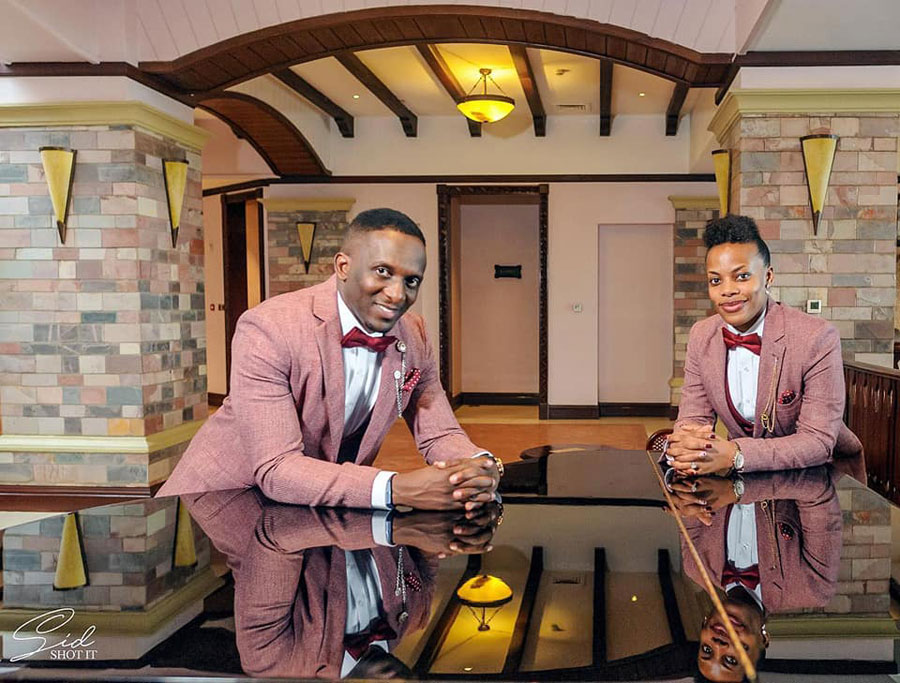 “Am sure with man’s new role of Judgment today David and Jonathan must be Gay! Right?
2 Samuel 18:1
“After that, Jonathan became David’s closest friend. He loved David as much as he loved himself.”
Friends at times things are simply what they are and no deep interpretation needed. Best Lady or Best man it’s all Phileo- A Possible Innocent genuine Love for another. Mukama Abakuume banange. Twewumuze”

Some people see no fault in this arrangement 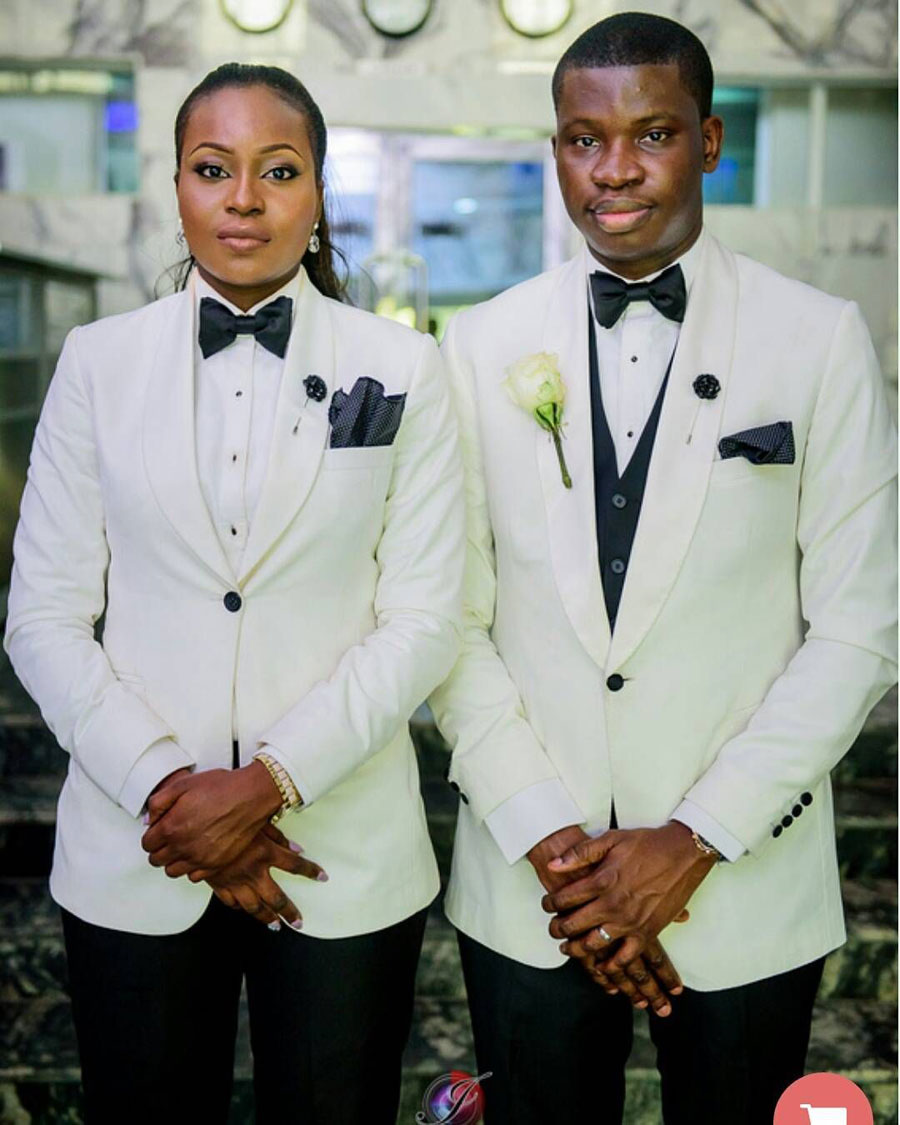 Patricia Ekeesit says, “I am a married woman and my husband has a female bestie. She is the most amazing person I know and I support their friendship, actually, I know that when she gets married, he will probably be her best woman (matron), and that is okay.”

A one Namugema Julia had her own say about the situation. Through a Facebook comment, she wrote, “Best man is someone’s best friend. Not necessarily a male. Some of you saying how do you trust a man whose best friend is a woman, what is wrong with that? Are you saying a woman and a man can’t be together without having intercourse/relationship? Seriously, I don’t expect this kind of thinking in this generation.

Jahan jay wrote, “I don’t know why people hate what they don’t understand. His wedding, his choice.”

Musiime and Mukalazi aren’t the first people to have female aides. Various people have occasionally chosen women to be their best men. 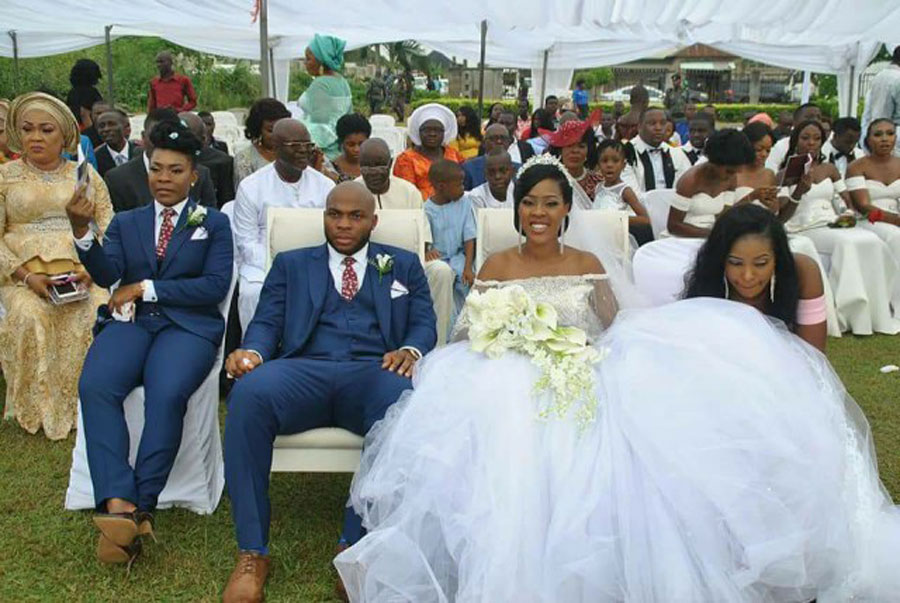 The trend of females playing a traditionally male part during weddings has also been seen with female groomsmen like at the wedding of Augustus Muzanira, son of female MP Rukungiri District. 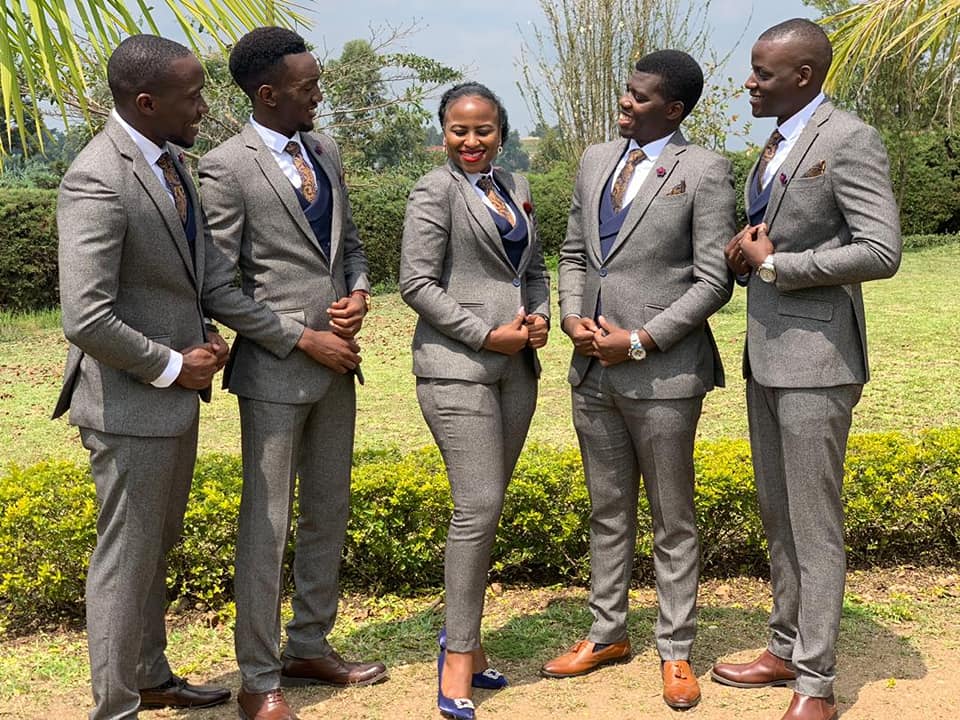 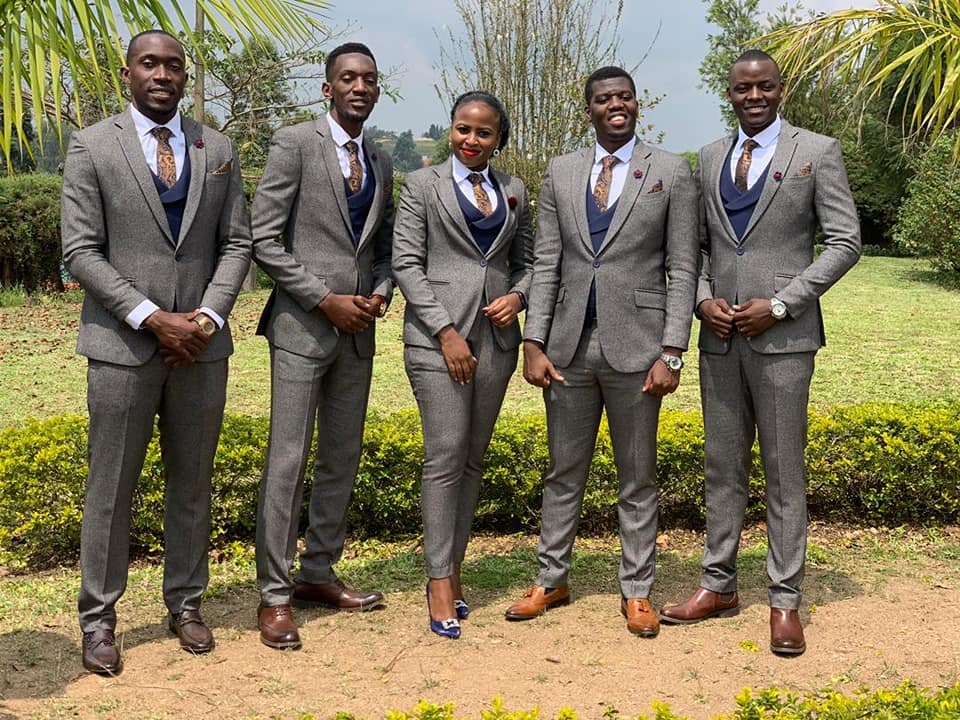 Basketball umpire proposes to girlfriend during a match