The couple walked down the aisle on Saturday, August 17 at Nkubu Catholic Church and their reception took place at Nkubu Heritage Gardens in Meru, Kenya. 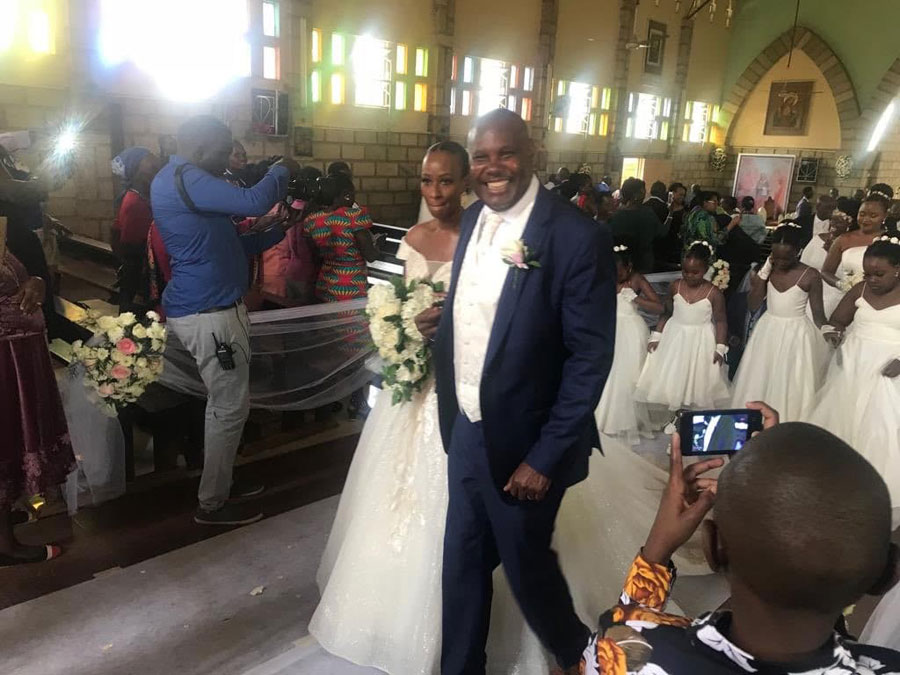 The two first held a big traditional ceremony in April 2019 in Mbarara, Uganda. 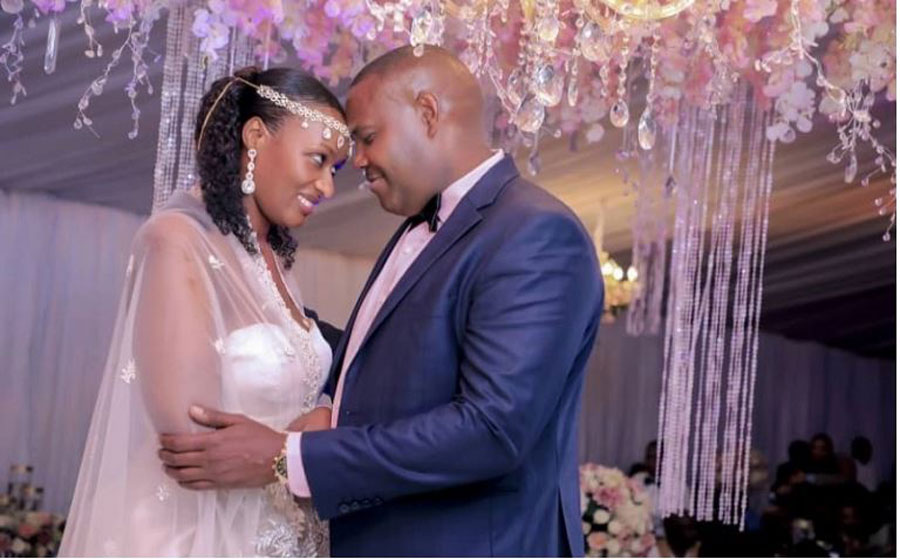 The same can be said for their religious wedding which was attended by notable businessmen and politicians.

The bride looked lovely in a boat neck ballroom gown and choose to settle for a natural makeup look, a simple hairdo and vintage earrings as the only accessory. 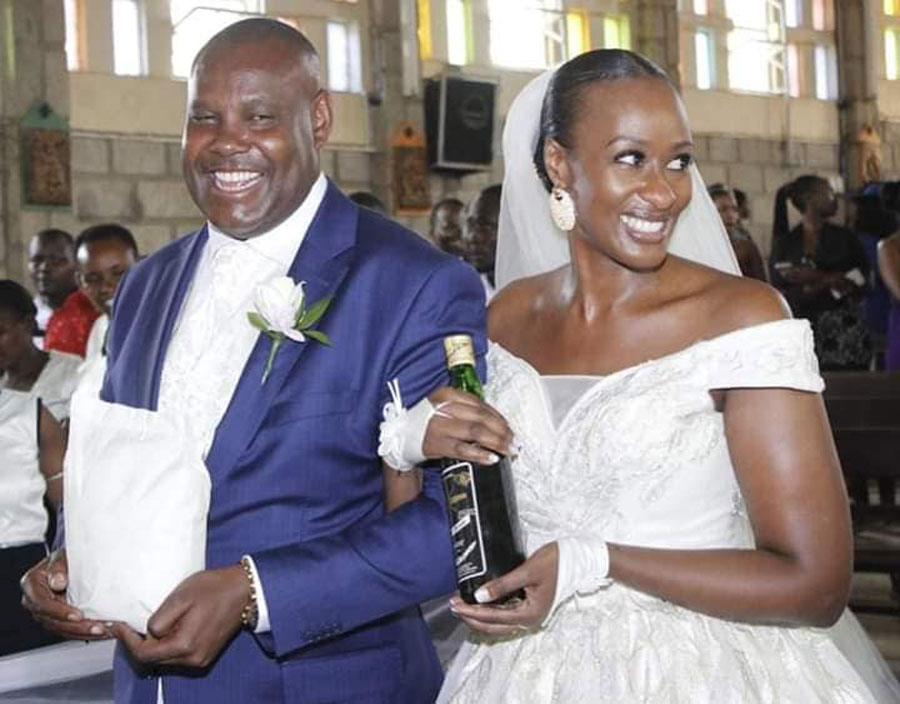 Mugambi went for a royal blue suit with a white tie and waistcoat.  His boutonniere was a white flower which coordinated well with the Barungi’s white bouquet.

The bridesmaids wore white dresses at the wedding. 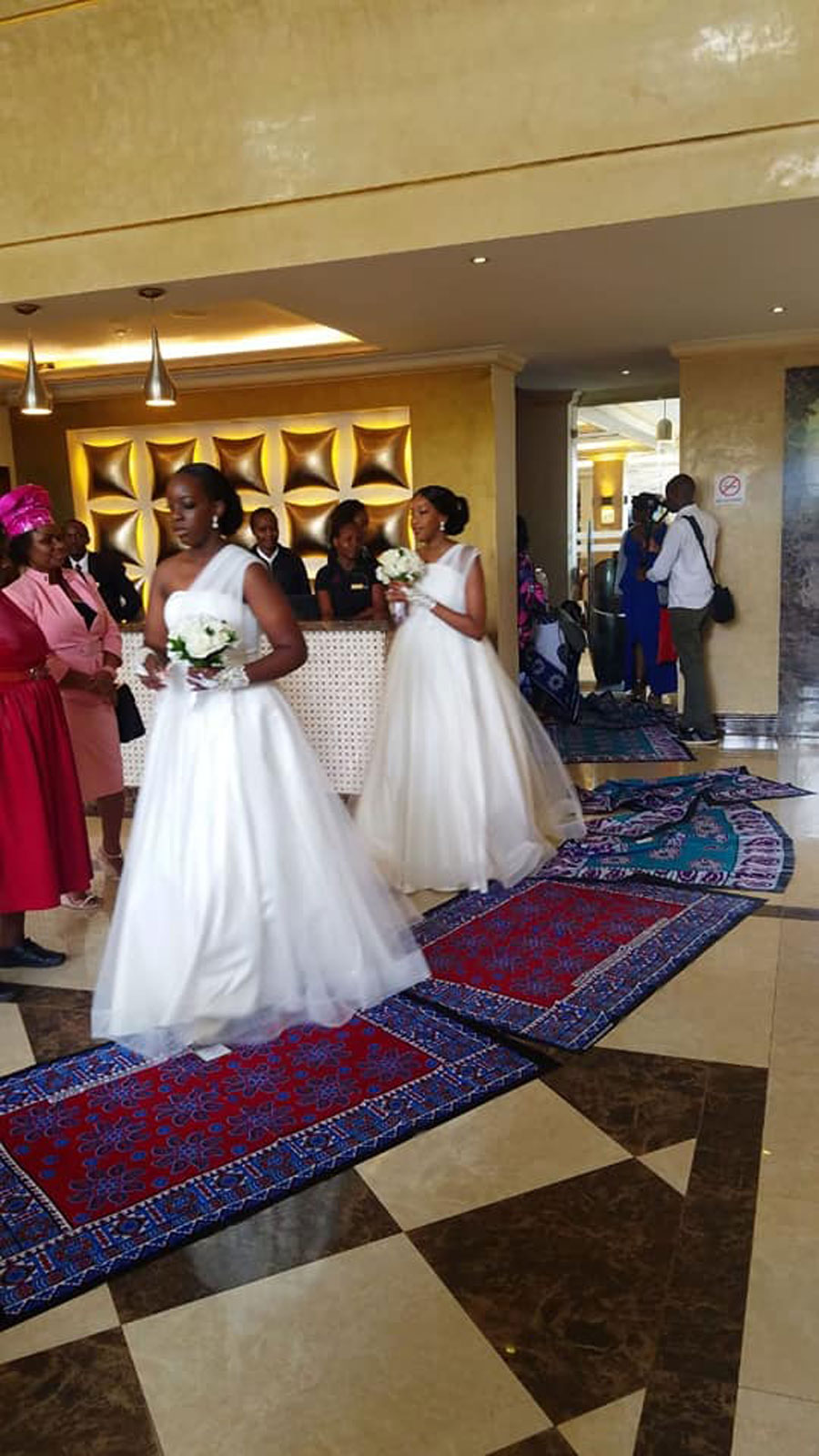 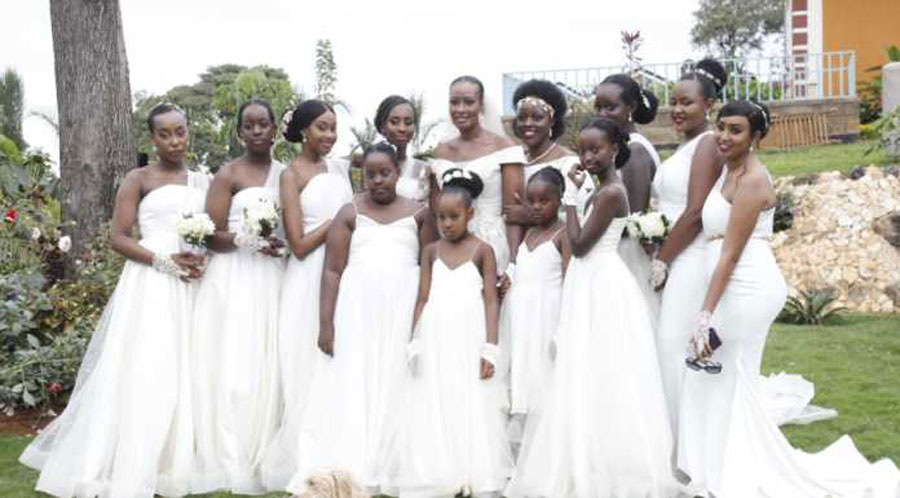 The reception was largely attended by people who danced and jubilated with the newlyweds.

Reportedly, the Deejay played a mixture of Kenyan and Ugandan music which excited the guests from both sides.

According to Kenyans.co.ke, they spoke to an attendant at the reception who disclosed that the venue was highly guarded to ensure that the newlyweds and the guests enjoy privacy.

President Museveni just like for the traditional ceremony was not present but sent his son, Muhoozi Kainerugaba as a representative.

The bride is the daughter of the President’s younger brother Michael Nuwagira.

Barungi met her husband 20 years ago in London after she had just graduated from University.

The couple went on to stay in the United Kingdom and have been blessed with three lovely daughters. 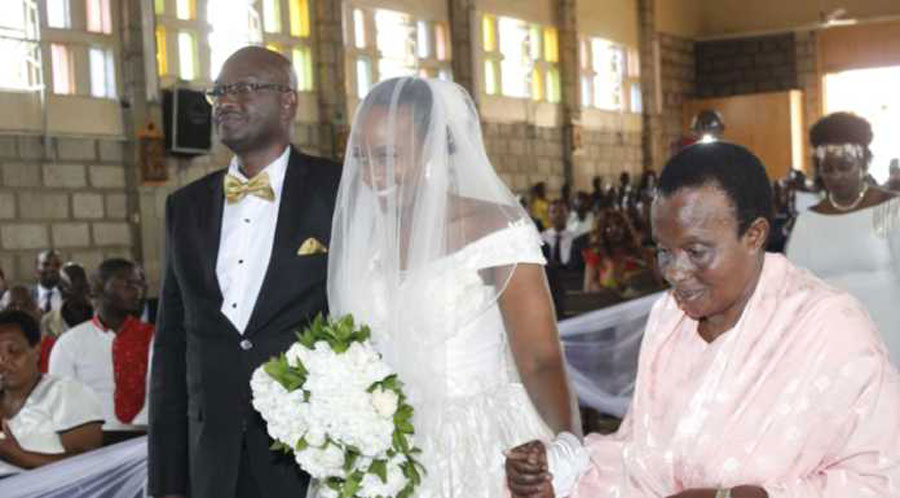 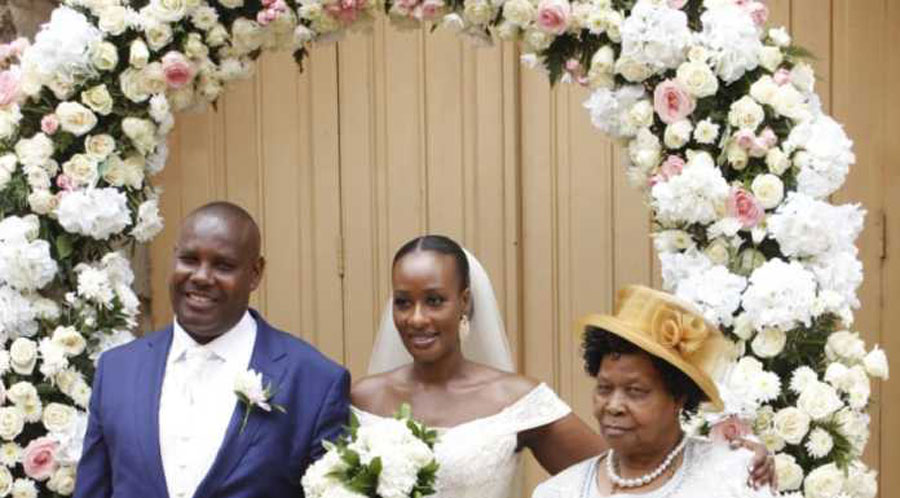 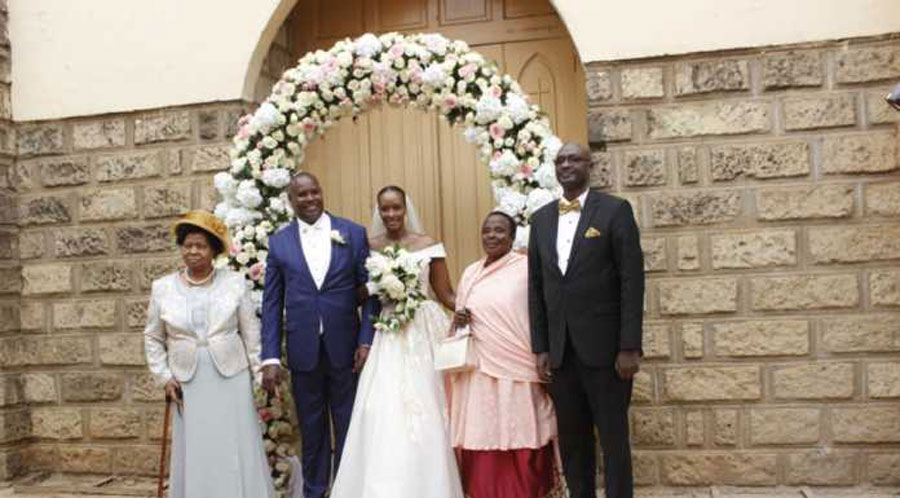 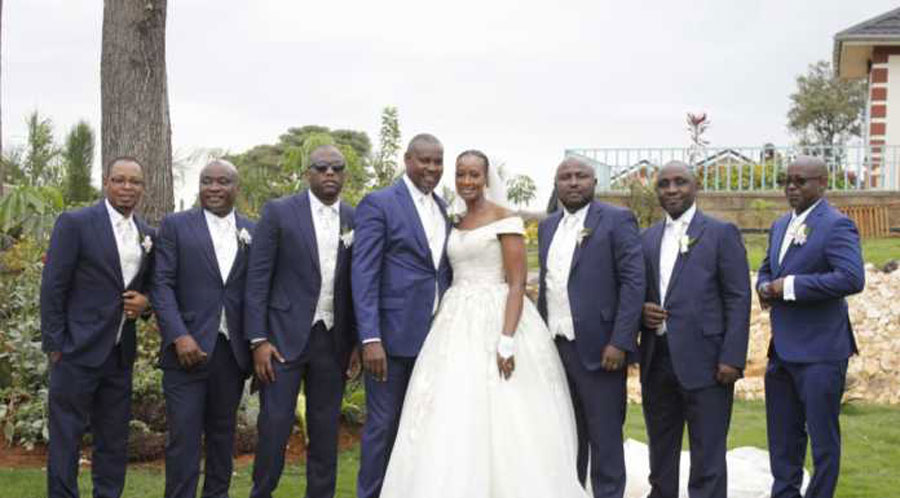 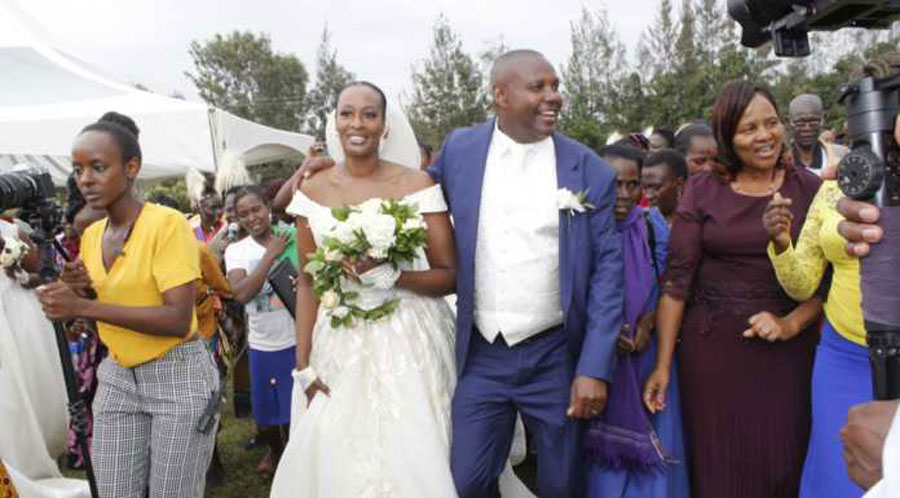 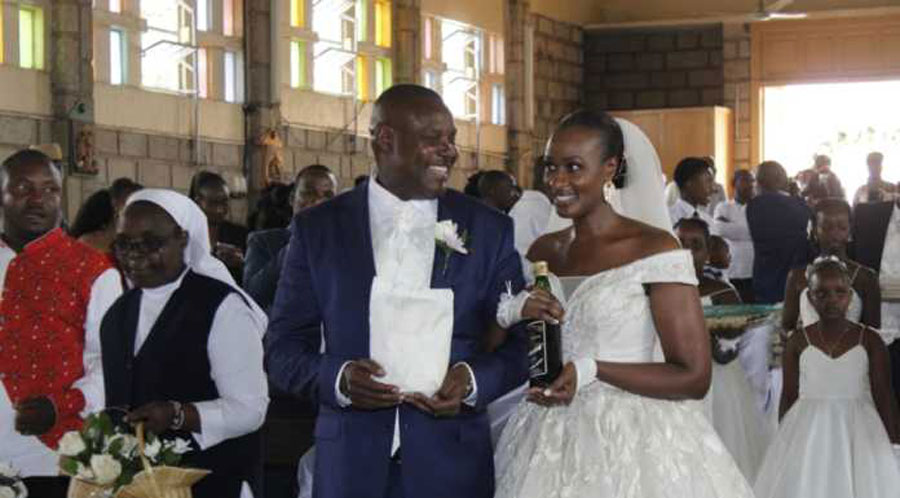 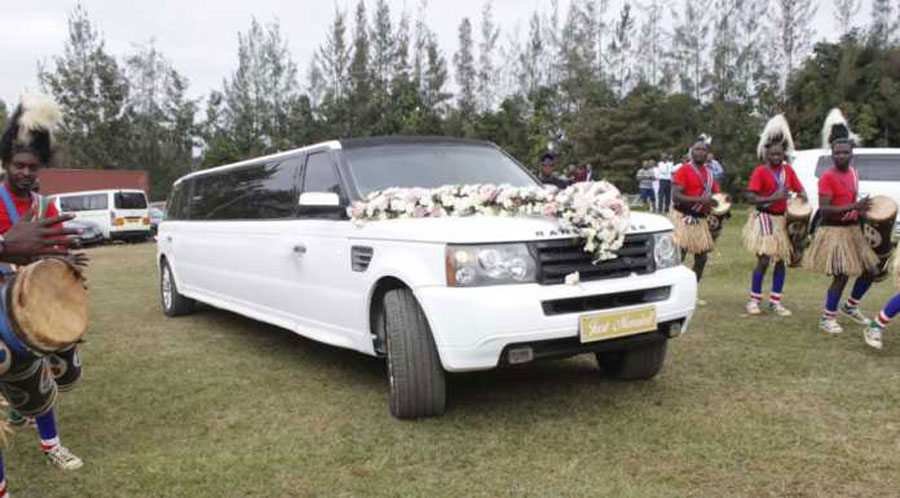 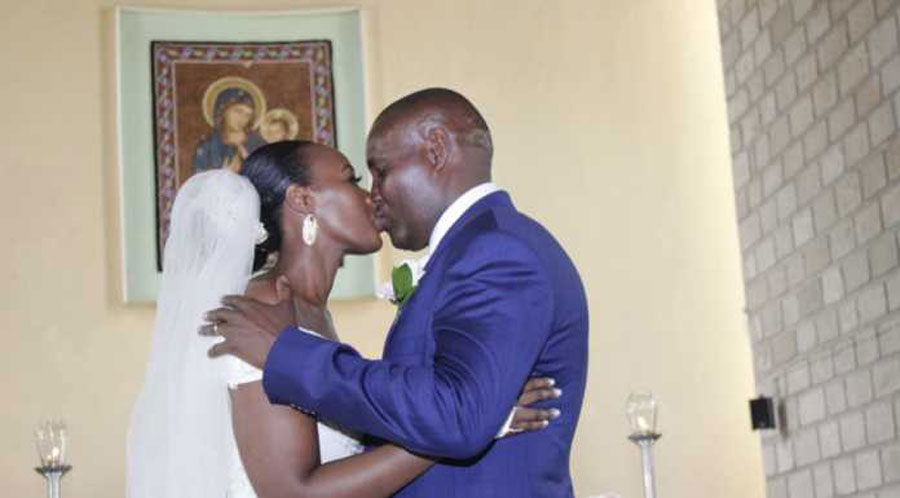 Eight easy ways to save on your wedding day