“What draws people to be friends is that they see the same truth. They share it”- British writer and lay theologian, the late Clive Staples Lewis once said.

During Nubian’s wedding yesterday, Bobi, real name Robert Kyagulanyi heaped a lot of praises on his longtime friend, whom he described as a brother, supportive and loyal friend.

According to him, Nubian real name Ali Bukeni is one of the people who encouraged him to join politics, arguing that he (Bobi) had delayed to venture into what most critics describe as a dirty game. 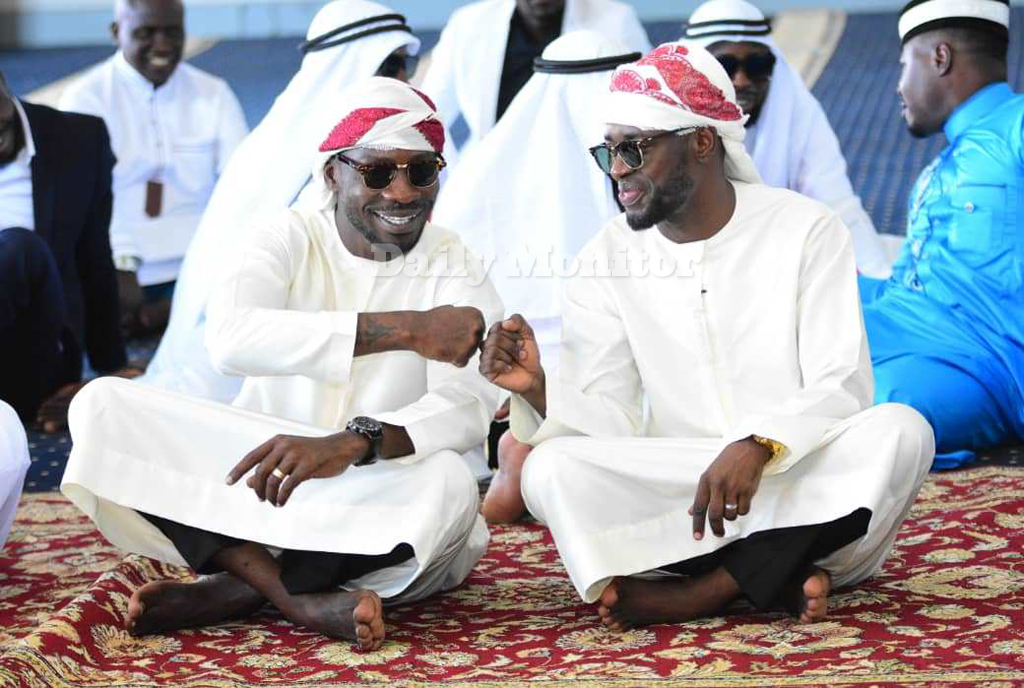 Bobi Wine and Nubian Li fist-bump during the later’s wedding ceremony at Kibuli Mosque on October 10, 2021.

“Nubian Li and I have been friends for the longest time in the public domain. I have never been a best man before. I got married about 10 years but no one has ever chosen me to be their best man. It’s a great honour to be one at my friend’s wedding,” the former presidential contender told the crowd that that had gathered to witness his best friend exchange vows with his longtime partner Mutoni Salha.

In his speech peppered with humour, the former Kyadondo East MP joked “Nubian Li has landed me in a lot of trouble. This is because every idea I bring to him, he supports it with positive energy. He keeps encouraging me to go for it. I wouldn’t have gone for Parliament or Presidential sit.”

Days before presidential campaigns started last year, Bobi told the crowd that he had confided in Nubian that he would write his Will having received information that his life and that of his friends was at risk. Nubian on the other hand said he would wed his baby-mama.

“I asked him (Nubian) what we could do. I told him I was planning to write  a will but he said he was planning to wed his fiancé. However, Covid-19 happened and before we knew it, he was arrested and detained for months. I have ever been arrested but I have never been detained even half the time Nubian was incarcerated,” Bobi said moments after his wife, Barbie described the bride as a friend, sister and aunt to his kids.

The ceremony was climaxed with a live performance from Bobi and Nubian who did their For better for worse and Kiggwa Leero songs.

This story was first published by Sqoop