What was it like converting from Islam to Christianity?

Anna Marie: I decided to convert to Christianity because I wanted to prove to my husband not only how much I loved him but that I was ready to do anything for him. The process was not that hard because my mother was formerly Catholic and she helped me approach my father. He asked me many questions but I was more than ready to be united with my man. My father wrote a consent letter to the Catholic Church which proved their acceptance of our union as parents. 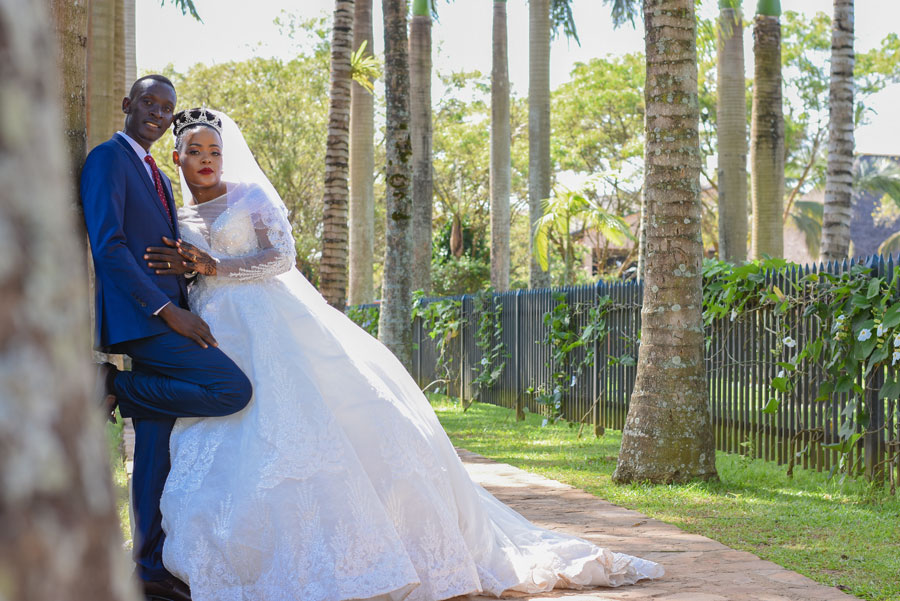 What were the requirements?

Anna Marie:  I was taken through catechism lessons and later baptised Anna Marie. I was excited because I knew we would attend church together. I am now learning other prayers and other doctrines in the Catholic Church.

How did you get to know each other?

Johnson: I was in my final year at Makerere University Business School, Nakawa when I met Anna in 2014. She was in her first year and we met at a friend’s birthday party. We started talking after I got her contact through a friend. Although she gave me a hard time, we later became friends which progressed into a courtship of four years. During that period, we would discuss issues about culture, marriage and religion. We finally walked down the aisle on January 12 2019.

Anna Marie: We had a mutual friend. And it took me about two years to respond to his proposal.

What was your biggest worry?

Johnson: Whether her parents, especially her father, would okay our marriage given the religious differences. I thank God they allowed although it took quite some time of questioning. Anna Marie revealed that she was asked questions such as; why she chose a non-muslim of all men and whether she really loved and wanted to spend her life with me. Being non-Muslim, my father-in-law was worried about me taking their daughter to bars and pork joints but it so happened that I am not a fan of such. 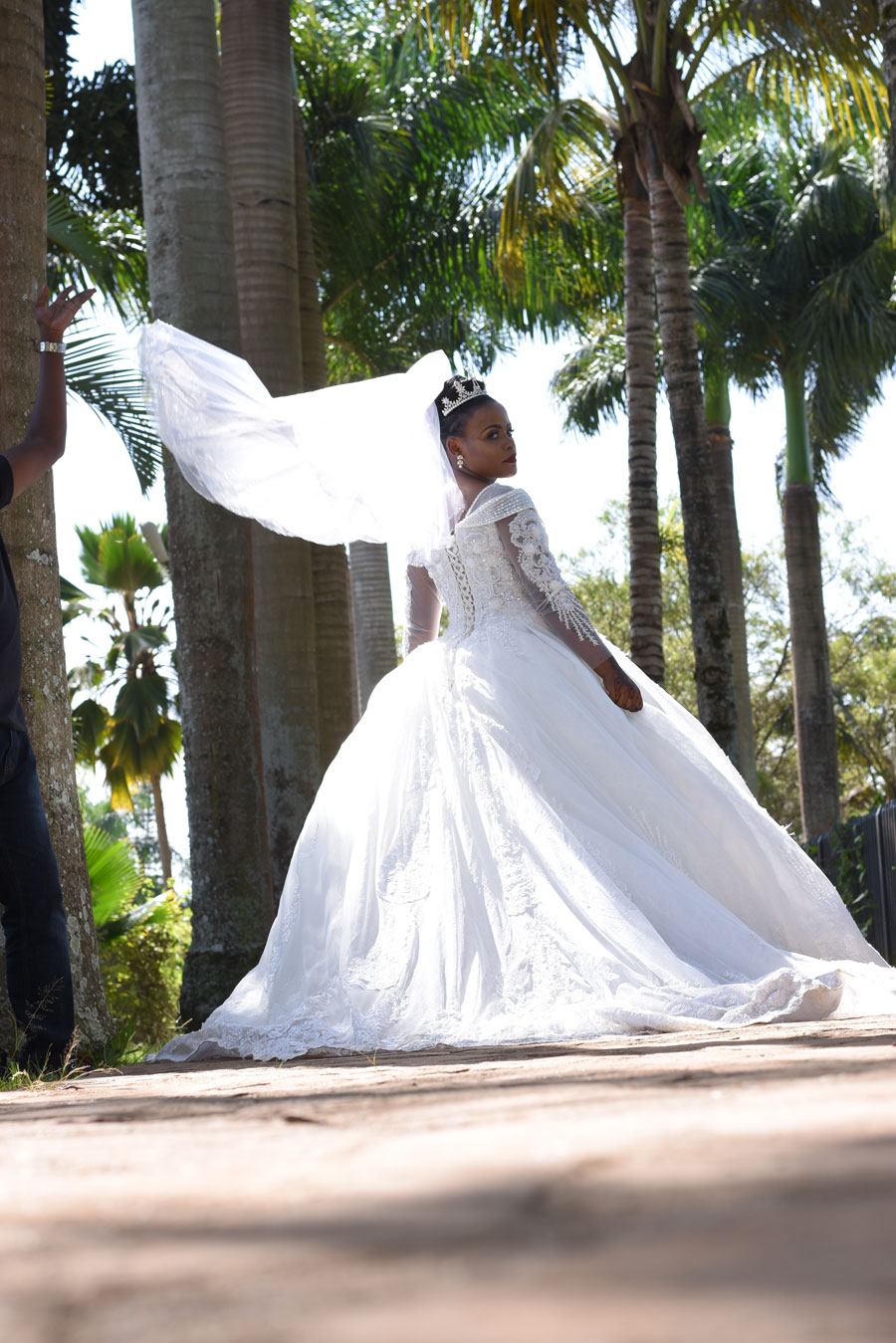 How long did this take?

Johnson: It took about two months for her father to consent. We proceeded with the kukyala at her aunt’s home in Luwero in January 2019 and later the introduction despite my mother passing on a few days to the D-day. I gave my father-in-law a Quaran as mutwalo (bride price) since nothing was indicated in the consent letter.

Anna Marrie: Johnson is patient, used to help me with course work and he is God-fearing.

Where did the wedding happen?

Johnson: Rubaga Cathedral. Holy Mass was presided over by the Bishop of Kasana-Luweero Diocese, Paul Ssemwogerere. We later hosted more than 550 guests at Bunga Executive Gardens on Ggaba Road. 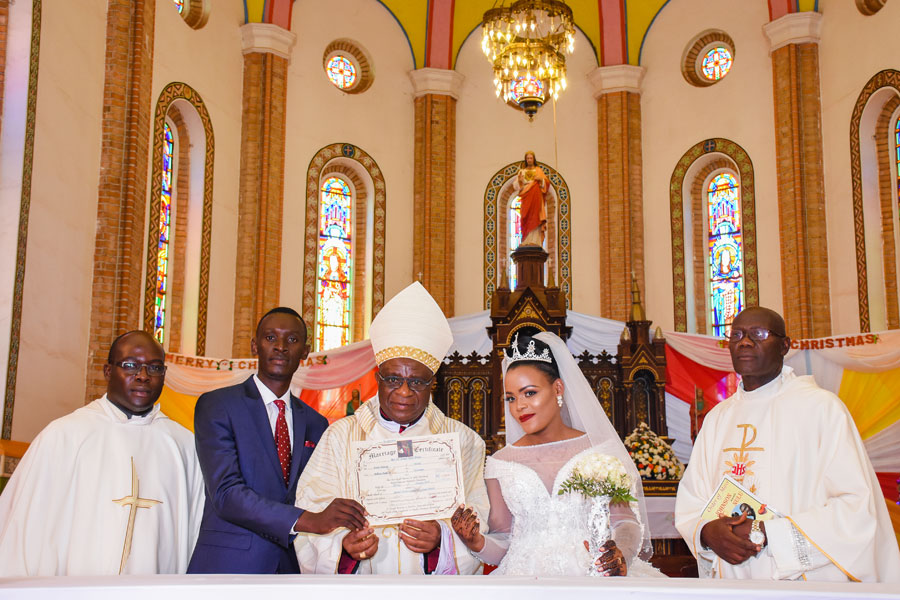 How much did you spend on church and reception?

Johnson: We were meant to travel out of the country immediately after the wedding but I failed to make bookings a week before the wedding because I was sick. We ended up at Speke Resort Munyonyo for three days. We are planning an extension before the year ends.

What were the most expensive items on the budget?

Did you have any disappointments on the wedding day?

Johnson: Church decoration. They used different colours from what we had agreed on. At the reception the service providers such as the decorator did not give us what I had paid for; the lighting was off, the tents old and food was served late at 6pm. The baker brought the cake late and made a shape I did not like and she disappeared immediately after placing the cake.

Anna Marie: I don’t remember any.

Johnson: The decorator hadn’t set up anything on the wedding eve. Then, because I was ill, I feared I could collapse.

Who was your best man?

Johnson: Peter Nsubuga, one of my brothers. I wanted someone close to me. I had six groomsmen. These were my close friends, and I did not mind their physique.

Who was your matron?

Anna Marie: Brenda Nantale, she is a close friend and a workmate. I had six maids and they were all my friends, they had good bodies and could afford to facilitate themselves. 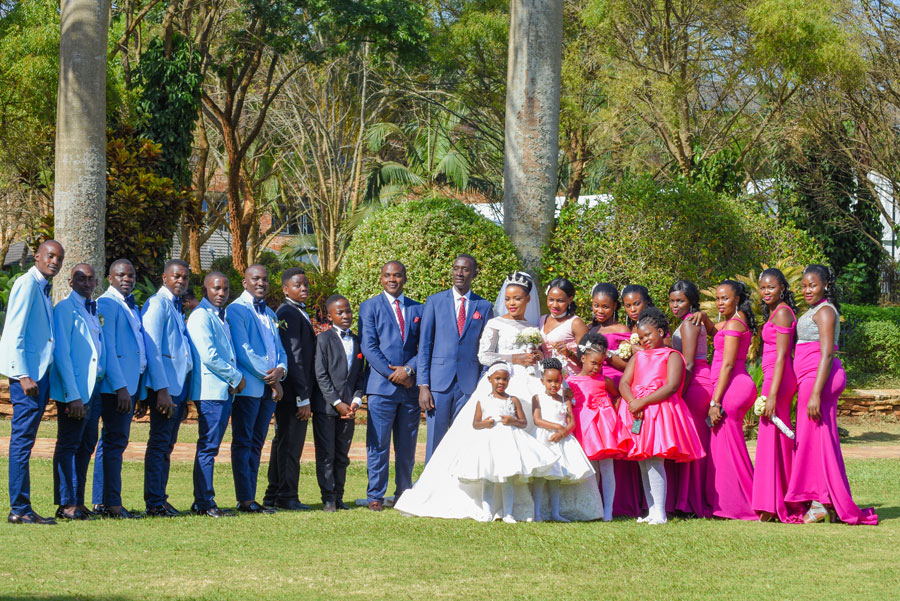 How useful was premarital counselling?

Johnson: I not only had counselling from church but even from close relatives and close married friends. However, from the sessions, I was advised to keep the true love to wife, be understanding and trust in God among other things.

Anna Marie: Among the several things that were emphasised include respect, being supportive, loving and prayerful. I promise to be a good wife to him and a good mother to our children.

What challenged you most during the preparation of the wedding?

Johnson: I was financially prepared and my family was cooperative.

Anna Marie: Moving around in the search for what I really wanted wasn’t any easy given the little time I had. Also having the maids agree on the kind and colour dresses to wear was a puzzle.

What did you consider during the search of the service providers?

Johnson:  Venue. I never wanted a reception in an enclosed place. Halls are expensive and tend to get congested. I had to consult a lot with people who knew them to get the right place. 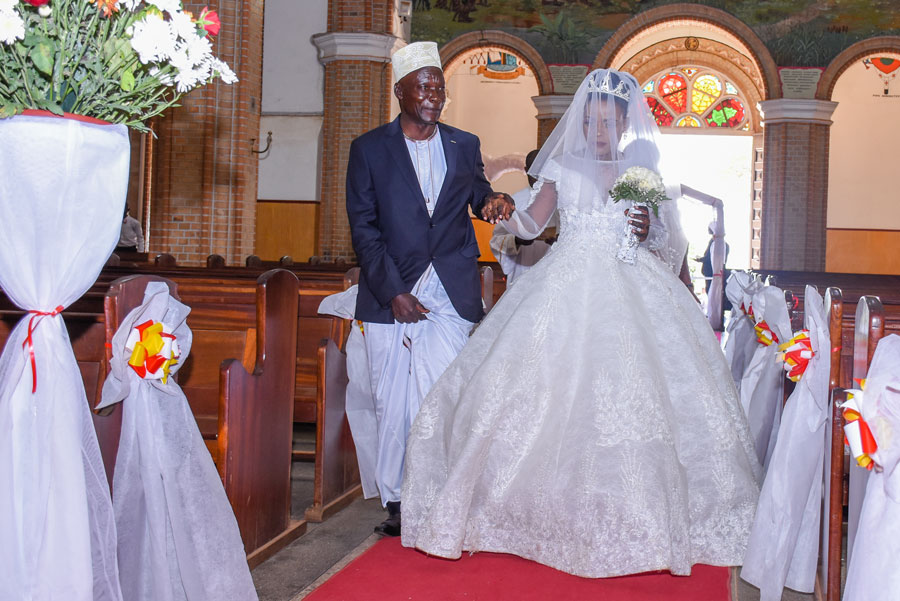 Johnson was happy to see his father-in-law walking hand in hand with his daughter to hand her over to him. Anna Marie also loved walking with her father.

“I was meant to change four times but ended up changing three times because of the limited time,” she says.

Cake: They had a green and white cake that reflected their theme colour. It was baked at Shs4.2m. 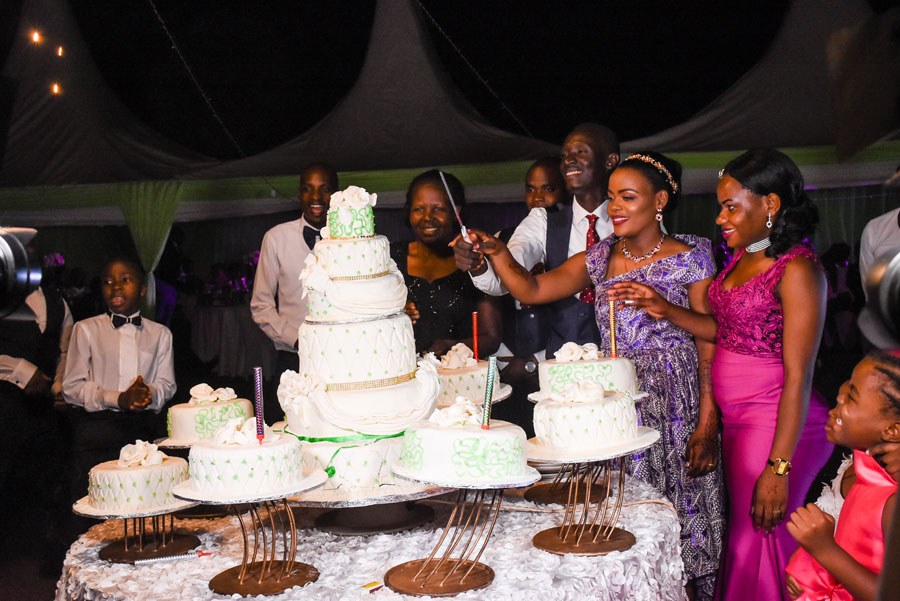 Delay is not denial; Nigerian woman finds love at 47, marries at 48, gives birth at 50