I wish I had asked my wife her views on sex. As it turned out she hated the idea of sex for some reasons. It ruined a beautiful thing for me and now I just dragging through the marriage. Ours was arranged marriage. We met a few times before marriage but never really were able to discuss intimate things. Our fault… not to blame the Indian arranged marriage system. We both are science graduates. With age difference of around 4 years. 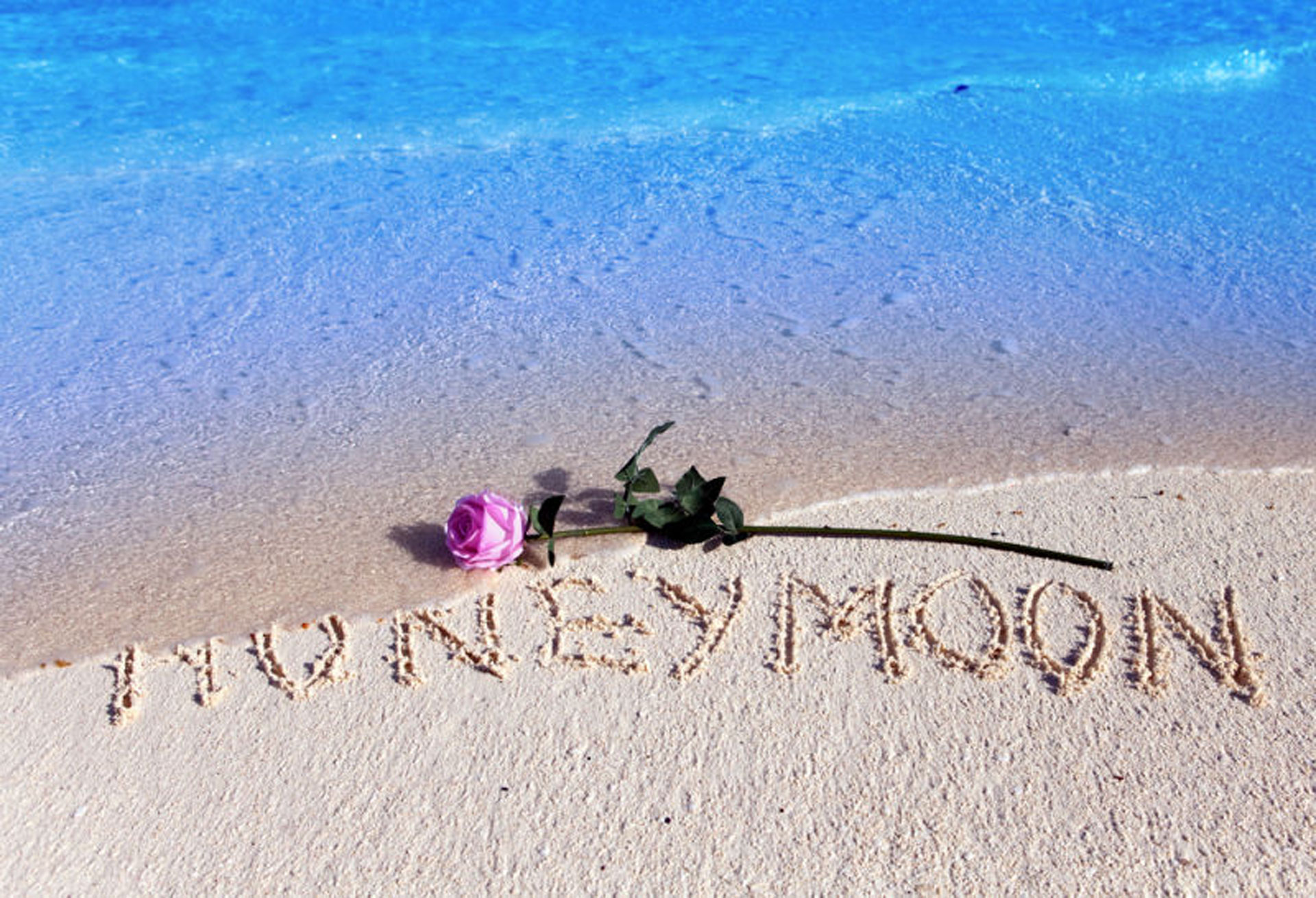 After the wedding, first night we didn’t touch each other. Just talked and slept. It was both awkward for me and her. Furthermore we were at my native place not in my city so the place was also not familiar. When we returned to my city, I made the first move as boys are supposed to. Kissed and caressed her. She seemed okay with it but asked politely that she would need more time and that she is not ready for it.
I agreed because I didn’t want to force it. In a few days, she went to take her exams in another city and would come back a month later. In between, we kept calling each other. I went to her city after the exams and booked a nice hotel there. Anticipating that she must have had her “Time out” by now.

That night, she again refused but I pressed it further knowing that she might just be shy and needs a little push from my side. We got to the point where we were half-naked, but as things started to happen, she strongly disapproved. Her theory was that we can get naked but no penetration. By this time I started to realize that there was something fishy about her. I was kind of in the zone. I was virgin. So, obviously I was excited as well as curious about all this. I got really upset. I firmly asked her to tell me the reason. She simply said that she doesn’t want to get pregnant. It was the time when all things started to fall down for me. Is she really that stupid? Does she not know about condoms? Is she just trying to take me on a ride?
What I expected was a strong, intellectual, passionate woman. Which I thought she was seeing her behaviour and college degree.

I was actually shattered. Is it me? Am I not likeable? Why did she marry me in the first place? This marriage was mutual. As a matter of fact, she insisted on this to her parents more than I did. Disappointed and disheartened I was, I said to her in strong manner that I am ready to wait as long as she wants, but this is not what I’d expected in the first place. I was able physically, mentally, financially and then I decided to marry. If she was not ready, she and her parents should have waited. Why did they choose me to go through all this?

The thing which actually infuriated me was her pretense. She insisted that we should get to know each other better first, If she liked me, we could have sex. We should love each other first. And I was like, “what did she just said?”. Are you kidding me? First of all, she wasn’t being honest with me, it had been a month, the wedding was already done, she was not with me in that period for her reasons, she was refusing me each time with some petty excuses, and she was expecting that the love would just miraculously appear and then she would be ready to do me the favour of letting me having sex with her. This just blew me off. I was so disgusted, and felt betrayed that how could someone assume that I was the one who needed all the sex? And do I have to behave to her in order to get the sex.. f**k off..

I said, “if you think the kind of creature I am, let me tell you. I will not touch you unless you want. You will crave for it”.

The thoughts of divorce didn’t cross my mind because I never expected it to be this way. I still was hoping that maybe it’s me that wasn’t trying hard enough, maybe she needs time.

After this incident, we returned to my home town. I deliberately didn’t touch her. Few weeks passed by. Things were normal on their face. She was behaving as a newlywed bride should behave with all the people in the family. Moreover, she also was behaving normally with me. To the point that she started to take the role of a nagging wife, and few times asked me not to do that or this or to sleep early not to talk with my female colleagues so often on WhatsApp. I was really observing all this with so much disbelief. Wondering all the time, “Is this for real? Is really happening to me?”

A few weeks later, she made the move and came close. I didn’t do anything, just waited. She just wanted my warmth I guess. But the cuddling of-course used to set me on. But frustratingly I couldn’t do anything. I wanted her to crave for it. Little did I know that this woman wasn’t a normal one. I was busy with office and frankly, I couldn’t behave with her normally. F**k off with the love, how could I love such a woman? One night, it was unbearable and almost charged and we were really passionate she was responding and I thought it was finally the time. And again, she just refused.

I was on the verge of insanity by now. I explained to her how difficult for a man it is just to lay with a girl, not doing anything. It is absurd. That was the time when I said that, I don’t think it will work. It’s not too late and we should get divorce. She started crying. Told me that she actually never wanted to get married just now. C’mmon we are not talking about a 17-year-old. She was 23. I was flabbergasted. She was the one who insisted.

She said that her parents were set to marry her anyway, so she thought I was the best bet. She cried and said that not to talk about divorce. And she will behave, she also accused me of not loving her and said that she cannot feel the love in my behaviour. I said how could she love me if she is not letting me show my passion. How could be someone so ignorant? I couldn’t love her, but now I started to feel kind of repulsion. No way this woman is normal.

I asked if she has any other reason that she will let me know two months from now? I felt betrayed. You see, I am the kind of person who cannot even hurt a nagging salesman. Many a time I just bought things because I felt bad for the salesman in a mall. This woman, whom I was taken as strong and independent was shaken by the thought of divorce. Instead of taking her own decisions she made a stupid move to get married because of parents and wanted her husband to take care of her denying him a good married life. How stupid and selfish a person can be? Agreed that Indian parents are hard on girls, but okay.. you’ve got a good husband now, you can drop the act now, enough.

Okay, I might have managed without the sex. But, the controlling, nagging, taking me for granted? She even lent some money to her sister without letting me know. I’d given her that money for her expenses. When I come to know and I disapproved that, she accused me of being narrow-minded. I also came to know about her issues which could have been ignored had the marriage been working peacefully.

I called her parents, I told them how she was behaving and what problems she had. But I did not mention the sex life. I was enraged. But I couldn’t just shout at them, because that’s not what I am. I was utterly feeling disgusted. However, my cousin whom with I had shared my agony, told her mother about that. And her mother’s response was-“Oh my god, so that’s the basic reason”. So, I assumed that my wife had not told even her mother about this. Basically, this sick woman was doing all this on her own.

She waited for my love to grow for her but I did not give a f**k. As I said I’d offered her option of divorce, but she begged me not to go for it. And I had left with no choice but to drag through all this. Basically, if it’s not mutual, Indian divorces can turn ugly. I surely didn’t want that to happen.

Fast forward 8 months, we had sex. Several times. It just happened. It was too late. In that, it had no meaning. She was insipid and mediocre in bed. My passion for sex died.
She had successfully ruined not only sex but woman intimacy for me.

It deteriorated me on all fronts. Combined with work pressures, office politics, childhood traumas, remorse and whatnot, I felt like life took me the lowest point. The marriage which was supposed to heal me wounded me further.

Now I am away from her. I am an intelligent guy. Might not be too smart. My brain figured out how to get away from this agony which is costing my family financially. Still not divorced. She calls me but the “The miraculous love” still hasn’t appeared.  Its a shame.

This whole episode has taken a toll on my life. I am just floating in the stream of time. I left my job. Took upon new challenges and somehow getting by. I wander. I see new cities and places. I still blame myself for being stupid and going into marriage blindly. Basically, I did not imagine that life can screw you on unimaginable front. Sometimes I just think that whatever happened I wanted it to happen subconsciously. This is not possible otherwise. Sometimes I feel that how my life would have been if I had asked the girl in my office who was clearly hitting on me. What if the girl who I used to go out with had said yes to my proposal? What if I never had gone into the baloney of marriage. Sometimes I just feel that “Cool.. my life is not like 9-6 Job, kids and die. F**king awesome. I gonna write a novel”.
Basically, I now dwell in the zone where insanity and reasonability take charge of my behaviour by tossing a coin every day.

This article was first published on quora by an anonymous person in response to the question, “what do you wish you had talked to your spouse about before marriage?” It was edited by My Wedding.