As the day to your wedding approaches, you are tying all loose ends but there is something crucial that unfortunately is not crucial to all. As such, your guests will never bother about it, and that is the honeymoon.

Chances of not having a honeymoon right away are high 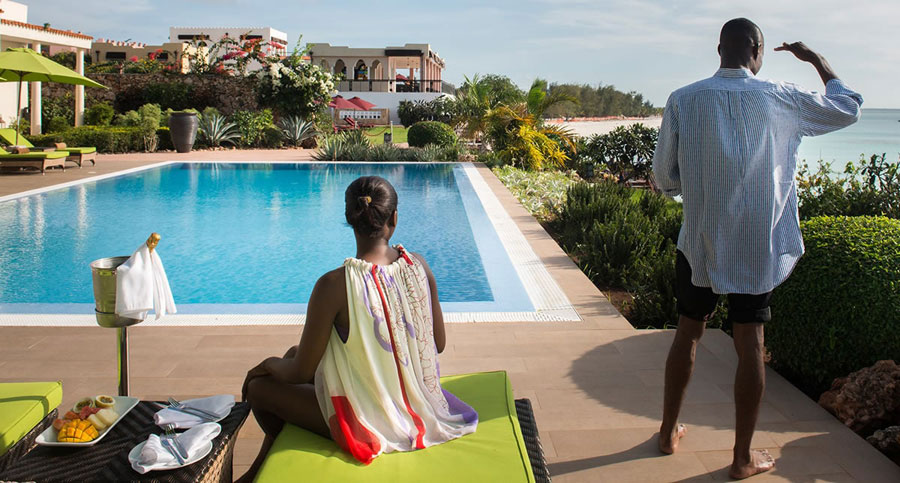 The wedding bells are ringing and everyone is busy to ensure that the big day is a success. However, let’s face it, very few will bother about your honeymoon. As long as the wedding budget is sorted, most will count it as done. Therein lies the first hurdle that many neither know of, nor hear from many, “Your honeymoon is primarily your responsibility. If you do not save some money for it, chances are you will not be having any.”

Amy Luswata will live to tell the tale of learning that they could not have a honeymoon because her husband had completely forgotten about it. “In my mind, the husband was supposed to cater to the honeymoon, such as picking a few places and later sharing. However, we all got swamped into the wedding preparation that I forgot to hint it to him and he just never thought about it.”

So before I can even delve in what no one will tell you about honeymoon, you may want to know that chances of not having one are high as it is not your organising committee’s responsibility to sort that out for you.

If you are going to have one however here is what no one will tell you;

Magic does not always happen on the first night

Remember the ssenga sessions where we are told about how to handle our husbands and all? How come no one ever tells us how to handle the first night of marriage where tension, anxiety and ignorance, for some, rages? I can assure you, you may have to sleep through the first night. It is not abnormal.

After a month of strenuous preparations, Emily Nabaggala was ready to unwind on her honeymoon night. However, with her husband very eager to have her, what should have been a joyful moment turned into an argument between the two. “Honestly, inasmuch as his need was legit seeing that we had been waiting for this day throughout dating, I was too tired to even try. Besides, I did not know what to do and that made it even terrible.” Her husband said, “It seemed like I was trying to get a woman that was not mine and it was extremely frustrating. No amount of cajoling worked for her as all she asked for were a few hours of sleep. I just resigned myself to sleep because I was fighting a losing battle. It was a frustrating way to start our honeymoon, let alone marriage.”

Ensure that your host’s promise is solid 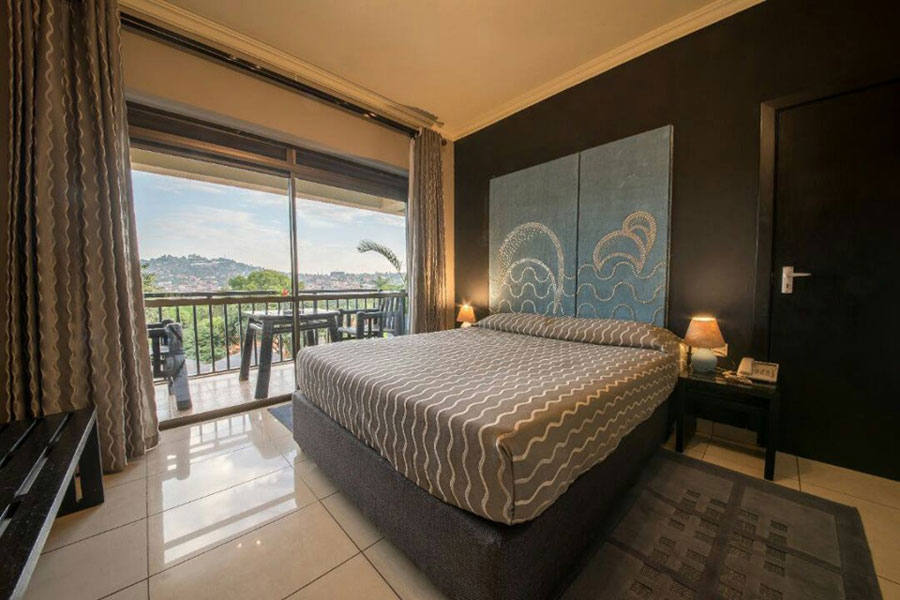 If you have planned and your plan involves being hosted by someone, you may want to ensure that all the promises are what they are. Micheal Tamale laments about his wife’s friend who promised to host them for their honeymoon only for her to stop communicating a few days to the wedding. “We had already booked and paid for tickets as well as used up whatever we had only for my wife’s friend to stop responding to her Facebook messages. The thought of cancelling the trip was appealing but what a strange way to start our marriage. So I organized whatever I had and off we went to some island. However, everything was on first time basis since we had had no prior communication with say the hotel we stayed at or asked around for tips hence catching a water vessel that spent ages crossing the ocean. While we did our best to make the best of our week-long honeymoon, I wish it did not have to be that way.”

Your clothes must be destination or weather appropriate

Many of us think that because it is an island with lots of beaches, even the dress code can be bikini shorts and the like. With that mind-set, Pumla Nakakande had to brave lots of stares as she strolled through the Stone Town streets of Zanzibar in her rather short dresses and shorts. “It was so bad that one point I had to make use of a shawl. However, what was annoying was that they never stared at the whites. I don’t know if this was my conscience eating at my nerves or the locals were actually staring but I can promise never to carry one type of clothes for a trip.”

For some, they never put in mind that the weather back home is not necessarily what they will experience at their honeymoon destination. A little inquiry through the internet or the person making your bookings will help you carry the right clothes. Otherwise, you may lament about your honeymoon forever for getting into expenses that were never planned for.

Josephine and Josiah had for long wanted to go to Hawaii for their honeymoon and all preparations were set. All talk had indicated that Hawaii is sunny but no one had warned them that on the Big Island, rains can wreak havoc. Carrying summer clothes with them, the couple was accosted with a wet and cold weather hence having to buy clothes to suit the weather. “Had we known, we would have taken warmer clothes and planned indoor activities. More to that, we would have planned in advance on the kind of clothes to carry as well as an extra sum of money to buy more clothes in case we needed more,” Josiah shared.

A queasy stomach is a major travel ruining agent for travel. For some, even the smell of fuel is enough to cause one to start throwing up.

For Rona Abesiga, the troubles begun with the weather. “On our dolphin search excursion, I had no idea that trousers were the ideal wear as we sat on the long ride to somewhere in the middle of the ocean. I guess the thought of wearing shorts had got in my head so much so that I chose them and watched my dark thighs get suntanned to the point of pain, thanks to the scorching sun. But that was only the tip of the iceberg as sea sickness also hit as we sailed on the ocean. While I had been excited about the trip, I wanted to close my eyes and find myself at the shores,” she shares about an exciting trip that got sour.

Your body cycle may change

Experts say that menstrual periods are controlled by hormones and as such, our body’s reaction to stress involves changes in our hormones. However, not many women know that and as such plan their wedding around days before or after their periods so as to enjoy they honeymoon blissfully. But the possibility of delayed or sudden periods is possible when one is stressed.

Noeline Nabachwa was appalled when her periods started as soon as they stepped into the hotel room. Without sanitary towels to save the situation, the tired couple begun looking around for some. “I was very certain that they were two weeks away, only for them to ruin my day and week. It was only after talking to my matron, an older woman that I learned that stress has a way of playing with our menses. But no one had told me this earlier, at least I would have carried sanitary towels.” They just had to look for alternative ways to enjoy their honeymoon as sex was off the agenda.

Food poisoning is a possibility 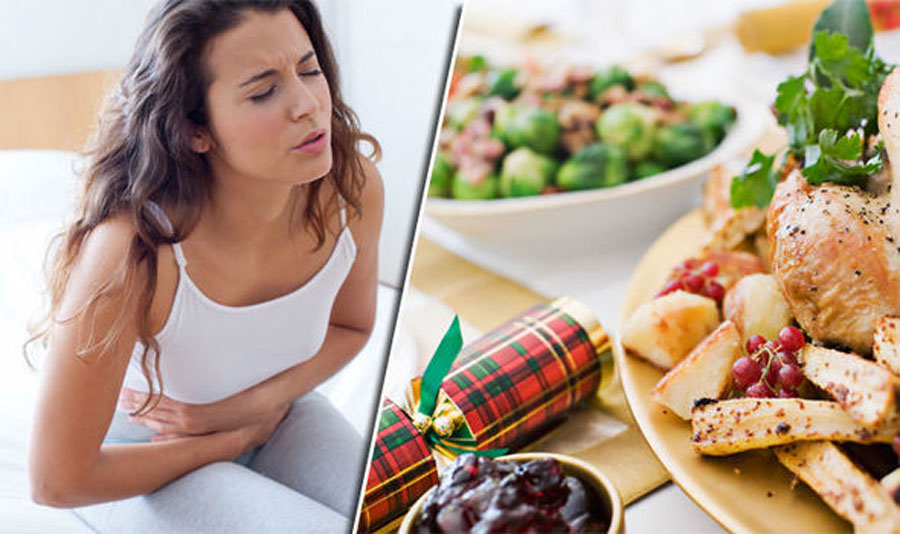 It happens in various forms and caution is paramount. For example, Jeff Kwame, a cooking enthusiast, says in places where spices are used in seasoning food, food poisoning is a possibility when the food stays too long in the spices before being cooked. On the other hand, poor food handling, such as leaving it the open makes it prey for flies that transmit bacteria on it that will cause a stomach upset. But also the issue of new foods is a known avenue for food poisoning therefore there is need to be cautious as you pick what you eat.

All had begun well for the Kimulis until day four of their honeymoon when their stomachs started acting up. “We had picked a particular eating place that had worked for us up until this day that we came past 1pm for lunch. On arrival, we noticed flies buzzing in the area but ignored them seeing that they warmed the food for us. However, by evening, our stomachs were rumbling and the pain was intense. With no medicine on us or a nearby drug shop, we stayed indoors as the toilet had become a closest ally. While, the disorder stopped after a day, we were weary of whether we should go back to our eating place or look for a new place,” Andy Kimuli shares.

While we may never exhaust the untold things that await you on your honeymoon, it is good to prepare for it in advance as well as ask trusted persons on some of the things that might befall you while on this usually week-long relaxation time. I have learned that it is better to prepare than be sorry.