Contrary to the belief that Christians are bereft of romance, couples do fall in love  in church all the time.

That is the glue that holds Leticia and Walter Kabuye together. Meeting at Prophet Elvis Mbonye ministries’ Zoe grounds on September 1, 2018, the two had always seen each other but that day was quite different.

“Then, I had seen Leticia around and we mainly exchanged pleasantries save for the day I asked to talk to her.  On agreeing, she hugged me, making me feel a certain kind of peace in my heart. I then took note of where she and her friends sit at fellowship, besides learning that she is so jolly and very free spirited,” says Walter.

On that day, Honour Day as Mbonye’s followers call it, Walter looked for Leticia.

“As we exchanged greetings, she hugged me and I felt the same peace as from before. I then asked for her number, took a picture of her and left. I called her that night and we talked for close to two hours. I also called her in the morning and asked if we could have a meal together to which she agreed. It was here that we shared our personal experiences on several other things,” he says.

The days thereafter were filled with constant texting and before long, they were great friends who talked and laughed about anything.

Six months later, Walter asked Leticia to a date and during the date he saw a spark in her eyes.

“Even before we went for the date, she said if it did not work out we could still remain great friends. That said she was very smartly dressed and happy and the joy caught my attention. I literally loved everything about her that day but what really stood out was her smile and hug. To ascertain that the happiness was not circumstantial, I decided to stalk her,” he shares.

On the other hand, Leticia was drawn to his artistic work and the way he hugged her the very first time they met each other.

“It was different,” she says.

Sold out to loving her, Walter was set to make every affair of their life count thus going all out on the proposal inasmuch as he had a photo shoot to coordinate.

Leticia says it happened on December 21, 2019, a day before the kukyala.

“I was in town shopping for kukyala items and got home in Najjera at around 9pm. On getting there, our friends were in the compound and we shared pleasantries before I got into the house. I was joined by Josh, Walter’s best friend with whom we talked about life; spiritual and financial topics for the next hour or so. I later learnt that this was to buy time though I started calling Walter at 9:30pm because I needed to head to my parents’ home,” she says.

She later told Josh that she needed to leave and would call Walter later and explain.

“But Josh would not let me go even when I told him I needed to pick my clothes off the line. All this while they were setting up and I had no idea,” she say.

Then at 10pm Walter called her.

Upon opening the gate, she saw candles, roses, happy smiles from their friends and the videographer capturing every moment.

“I screamed a lot, and ran back into the house in disbelief,” she says.

“On returning, Josh kept pushing me towards Walter who was on one knee with a ring in his hands. After a few minutes, I said, “Yes”, we hugged and then we went to Nexus bar to celebrate the proposal,” she shares excitedly.

Leticia adds that he did beyond what she expected; giving her what she wanted.

“I would not have asked for any other proposal setup. It was simple and unique and that is who we are; we love simplicity but excellent things. Walking out of the house and finding Walter on one knee with friends around was everything,” she says with a smile.

Walter says the most expensive item of the proposal was the engagement ring, which cost him Shs1.25m but the most beautiful thing was the bouquet of thousands of roses.  Click to read more… 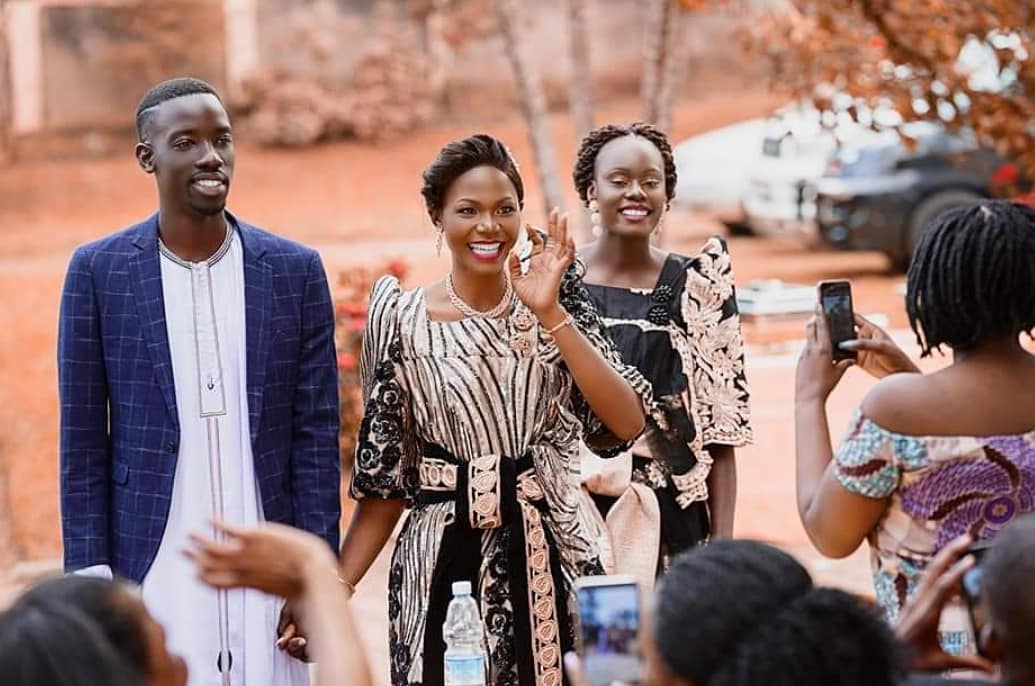 Nameless reveals he almost walked out of his marriage to Wahu